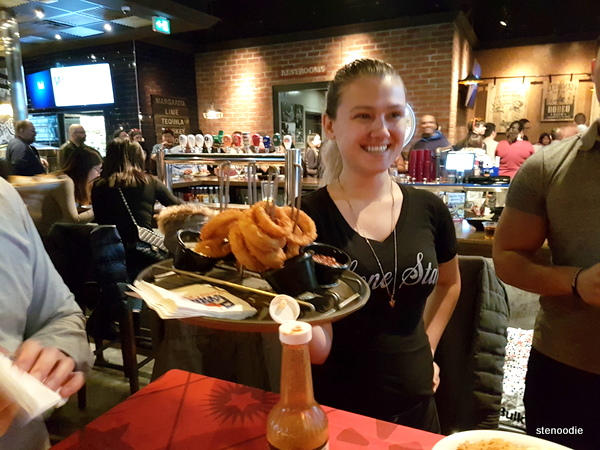 February 19, 2019:  The first Yelp Community Event of the year!  This is a Yelp event that is not catered to just Yelp Elites but open to anyone who is a Yelp member (it’s free to become one).

This Yelp’s “Gunslingers Gathering” was held at the Richmond Hill location of Lone Star Grill, which serves Tex-Mex food (I believe it is newly opened and that the former location of the 16th and Yonge location has closed down).  I had previous been to two Lone Star Grill restaurants before.  I remember being very impressed at the last one I went to was which also a media tasting event.  I was so impressed with the fajitas! 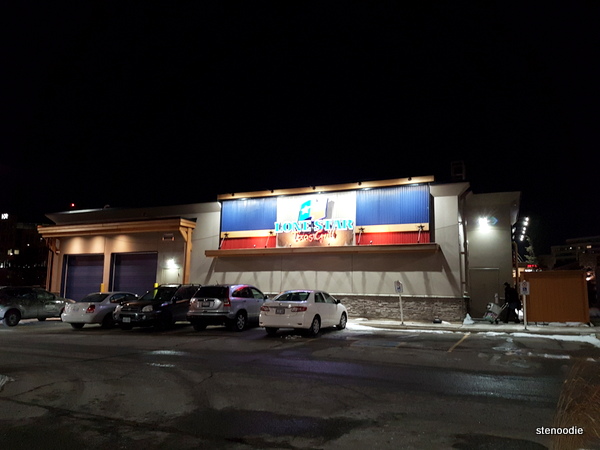 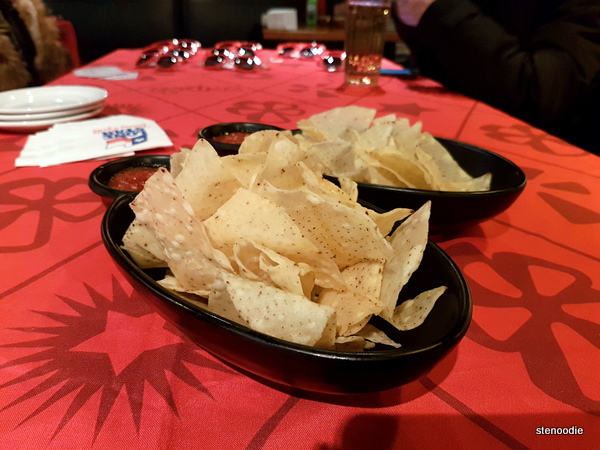 On this evening, the event began at 7 p.m., at which time we were promptly checked in one by one by the event organizers.  One portion of the restaurant was blocked off that night for our event.  There were two beer breweries that were set up with samples for us to try: Collingwood and Muskoka.  There were some chips and dip on the tables as well as some Yelp memorabilia too.

As the guests started to arrive, it was nice to spot some familiar faces and catch up with foodie friends.

Shortly, the fajitas bar opened up.  We were luckily one of the first to line up!  We were able to enjoy the chicken and steak fajitas with beans, southwest rice, guacamole, shredded lettuce, cheddar cheese, sour cream, vegetables, and a wide variety of hot sauces. 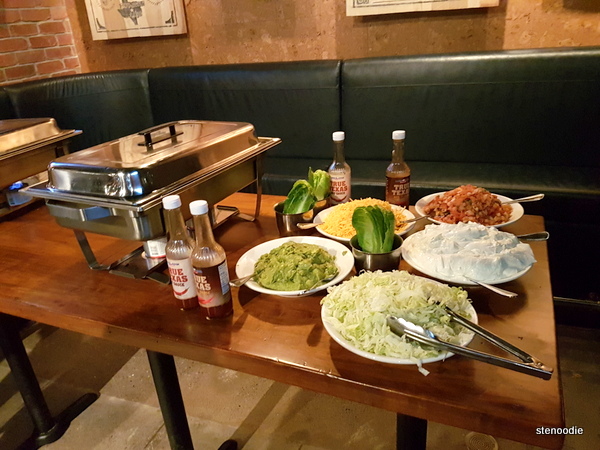 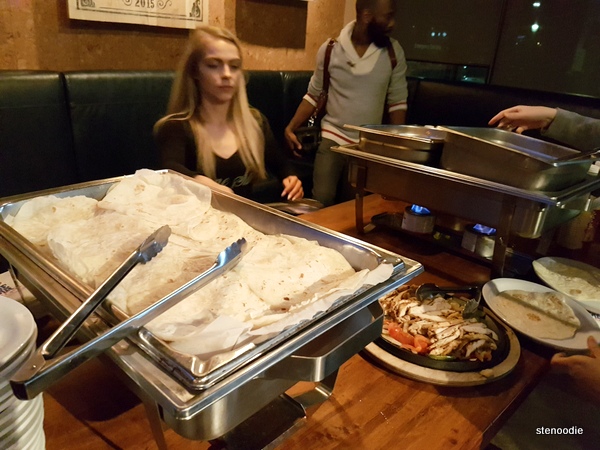 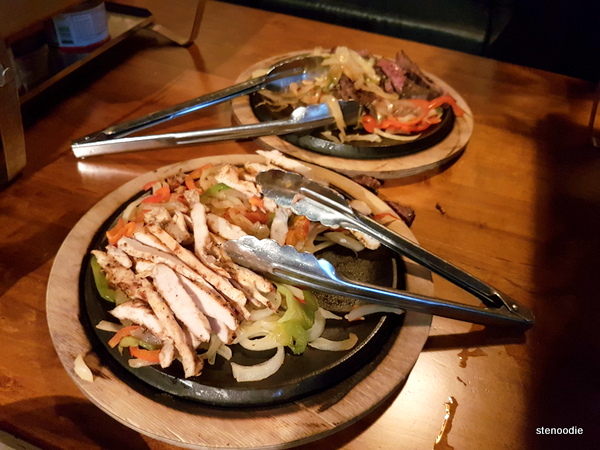 The fresh-baked tortillas were as soft and as delicious as I remembered.  I was impressed once again!  The chicken strips were so tender!  All of the ingredients tied together really well. 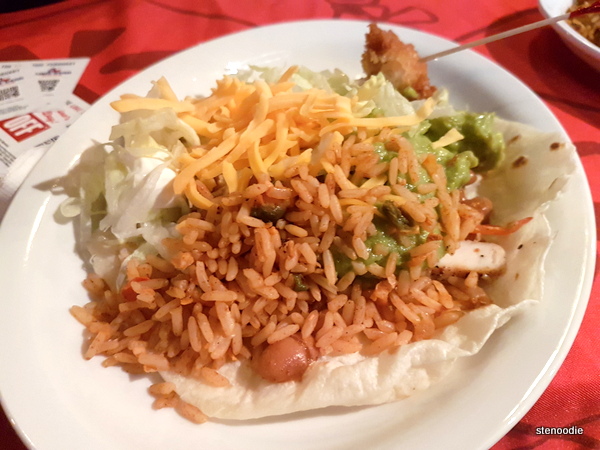 During the night, the servers also came out with flatters of appetizers for us to try.  I tried the tender beef bites, onion rings, fried steak bites with chimichurri sauce, and coconut shrimp.  I’ve never had fried steak bites before.  A few of us found it interesting to have steak deep fried. 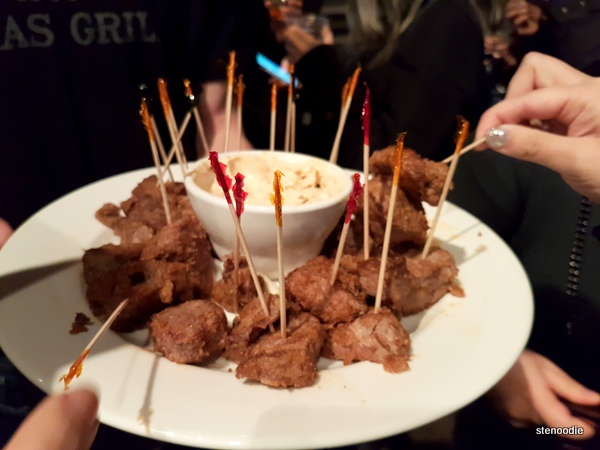 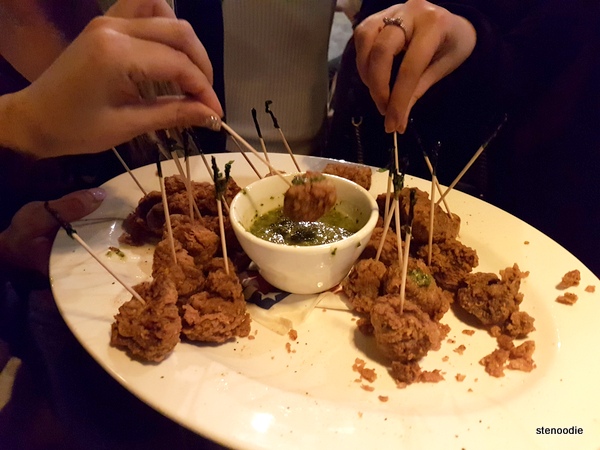 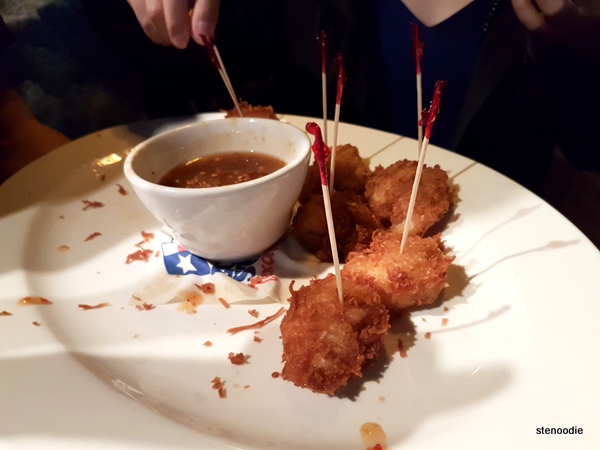 I only tried two varieties of the beer that night which were the new Black Raspberry Thunder beer from Muskoka beer as well as their Muskoka Detour.  I didn’t try the Collingwood Brewery beer.  I realize nowadays that after having alcohol, I don’t tend to sleep as well at night so I’m refraining from spirits and such drinks (I already don’t even drink tea or coffee). XD 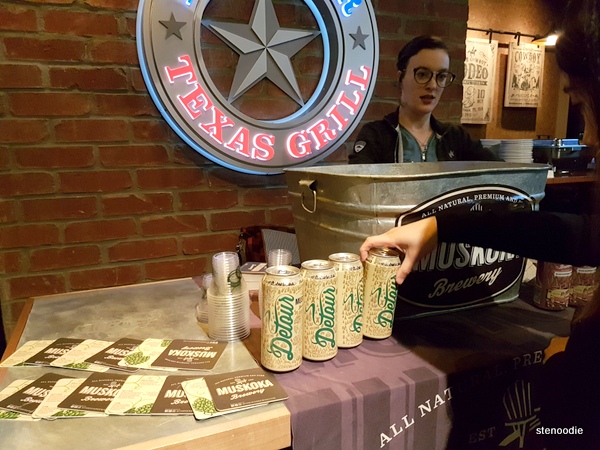 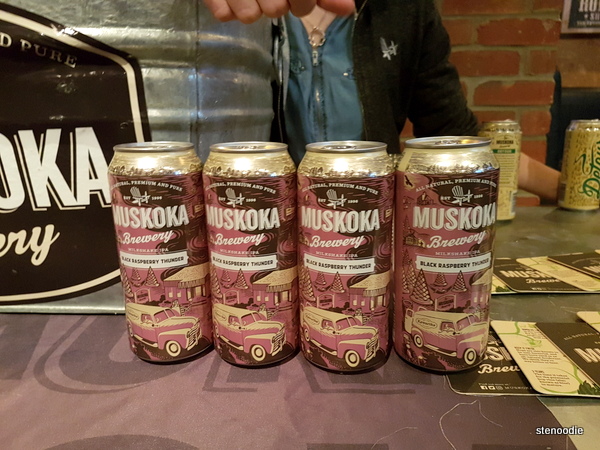 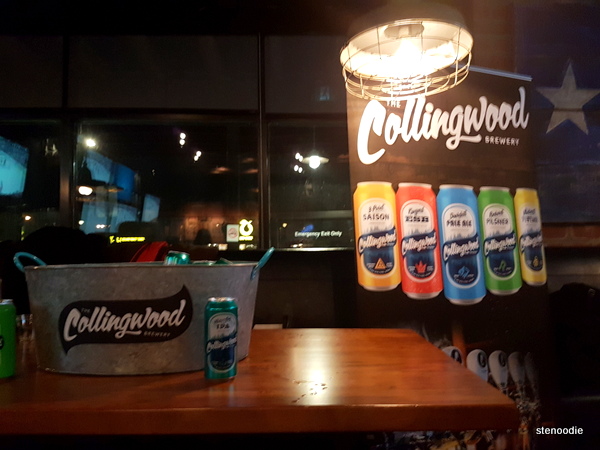 The servers that night were really gracious and kind.  I appreciated how one of the servers went around to everyone at the beginning of the event to welcome them to drinks and if they didn’t enjoy alcoholic drinks that non-alcoholic ones were available too.

Thank you, Yelp, for organizing this Yelp Community Event for us and muchas gracias to Lone Star Texas Grill for providing the food and venue! 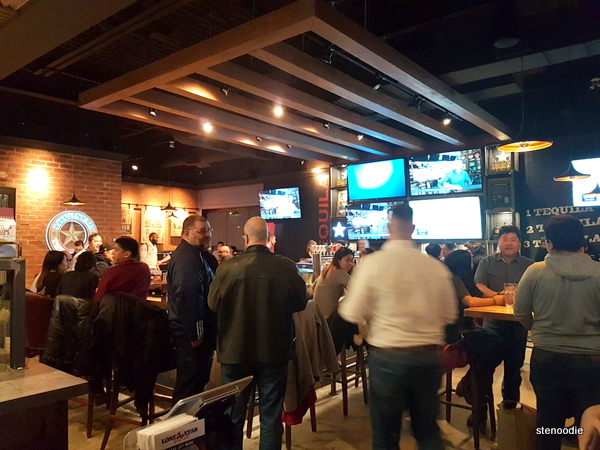 FTC Disclaimer:  Although Yelp and Lone Star Texas Grill invited me to a complimentary event, the opinions expressed here represent my own and not those of the businesses.