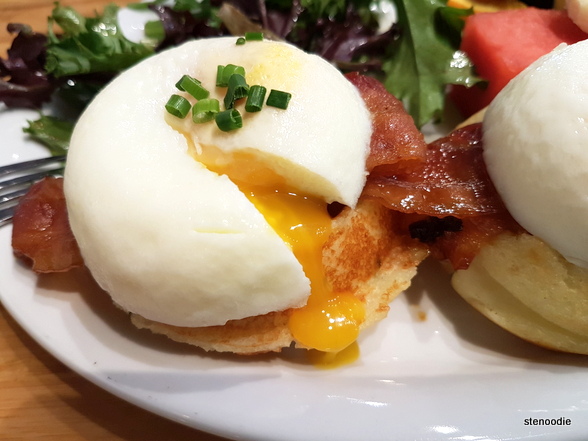 May 26, 2019:  I had heard about Starving Artist for a while, so when I realized a few months ago that there is a Markham location to this waffles-focused breakfast franchise, I was ecstatic to visit it with some friends.

Starving Artist Waffles & Espresso is located on Highway 7 east of McCowan Road and just before you reach Markham Road.  It’s beside Osaka Sushi and open for business seven days of the week, opening at 9 a.m. every day.  There is plenty of parking available.

We arrived at 9:30 a.m. on a Sunday, and the place was unoccupied with plenty of seating. 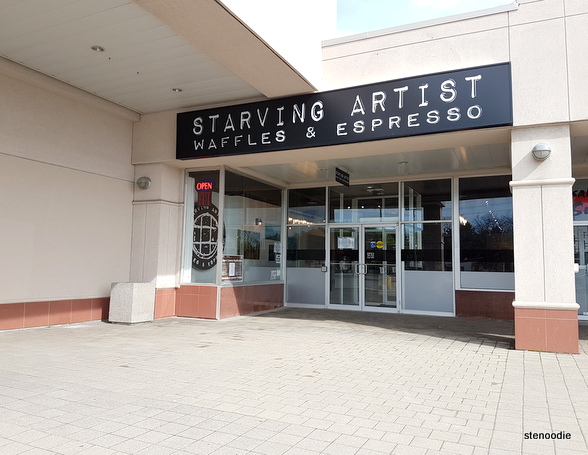 Upon reading the menu, I realized that every single dish was based around waffles.  (Later, I also realized that they’re named “starving artist” because they feature dozens of local artists’ artwork on the walls and that you can donate and reach out to the aforementioned artists.  What a neat idea!) 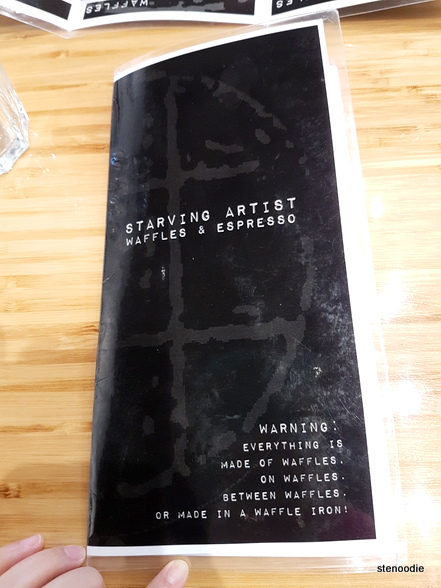 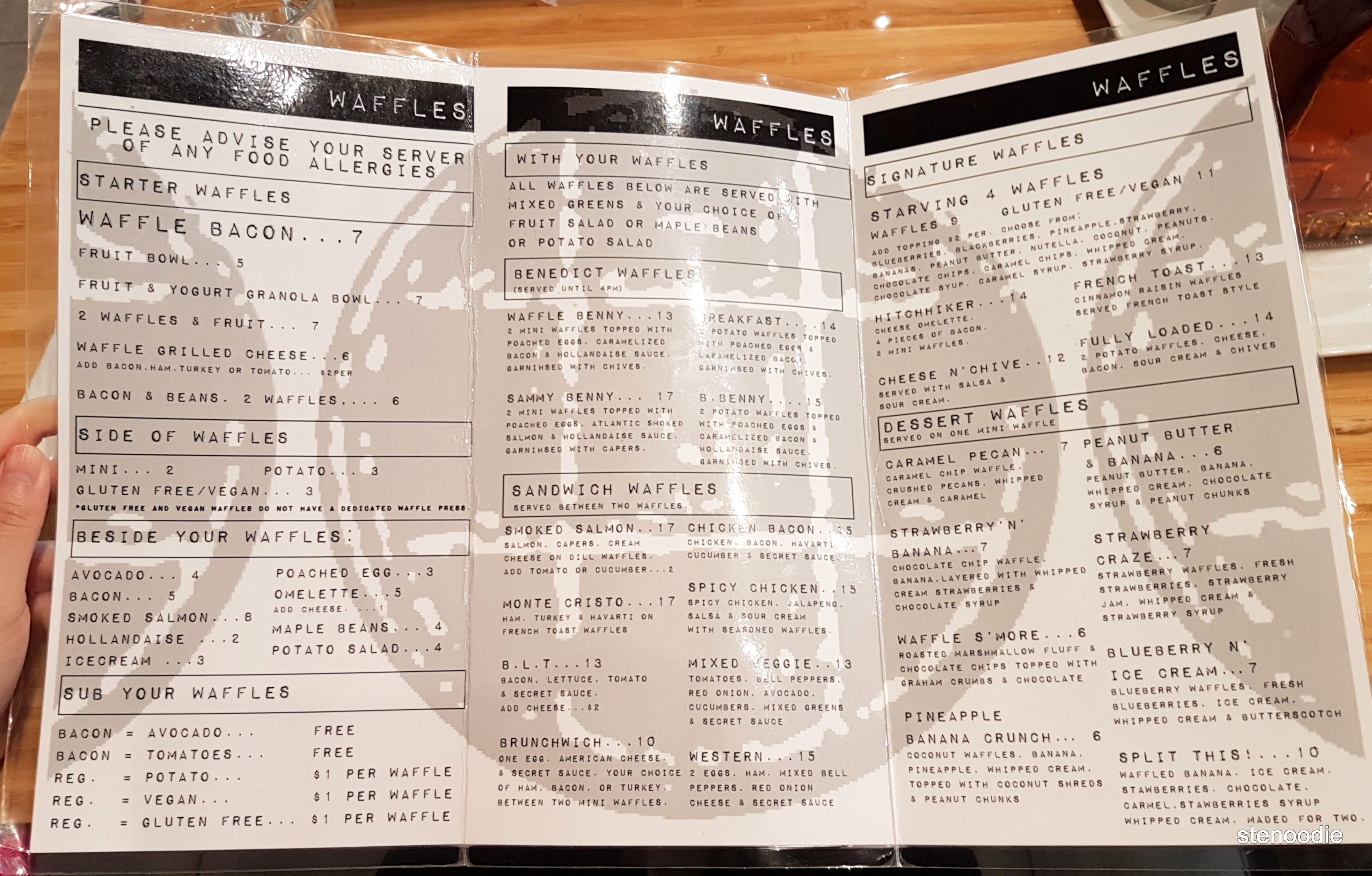 Menu. Notice how everything is “waffles”!

A small detail, but we noticed that they misspelled the word “garnished” consistently on the menu. XD 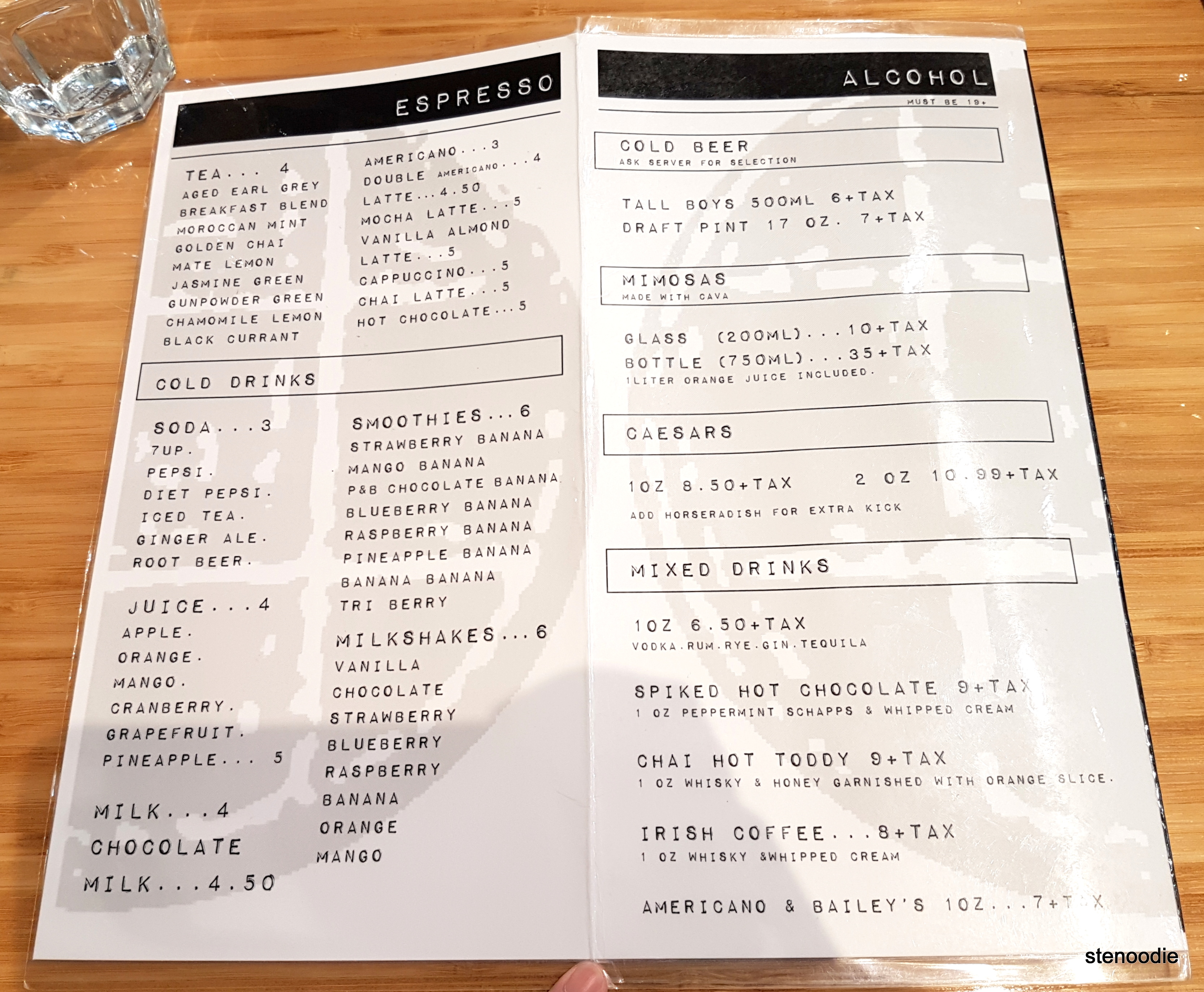 They have alcoholic drinks as well for your brunching needs

All of the sections in the menu are labelled “waffles” and even the sides are all waffles.  If you don’t like waffles, you shouldn’t come here. :p

“The menu consists of everything on, between, or inside waffles!  Think: BLT with a waffle bun, eggs-benny on waffles, and our most popular creation, WAFFLE BACON.” 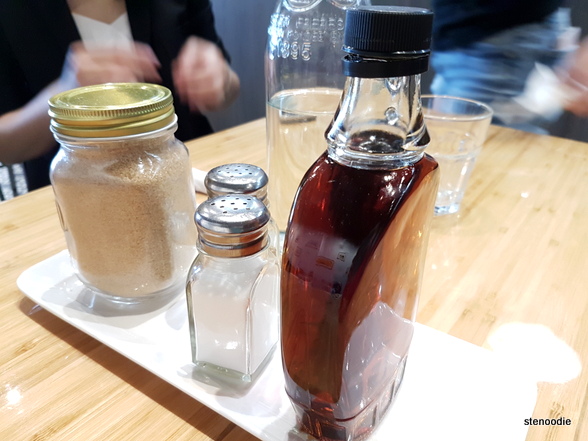 Condiments available on the table 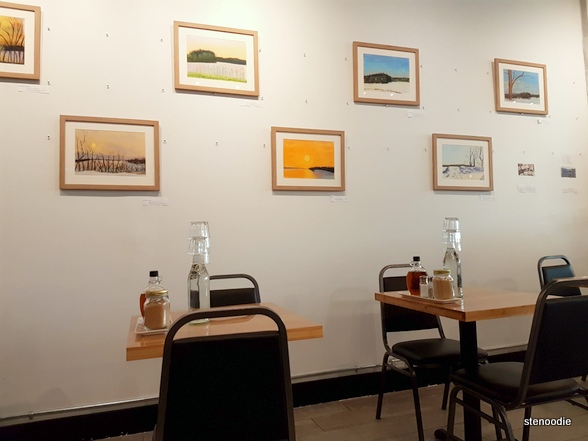 The wall to the left of me. Look at all those artwork 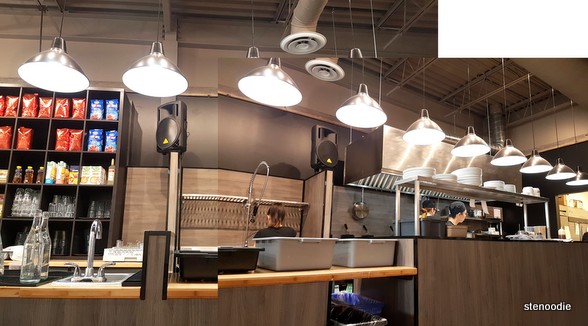 My view on the right with the full kitchen in view 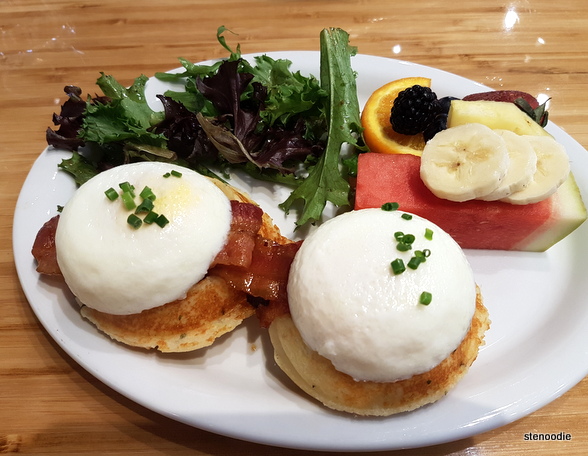 They have two types of waffles, regular flour waffles or potato waffles.  I was intrigued with the potato waffles, so I chose the Breakfast Benedict Waffles, which included two potato waffles topped with poached eggs and caramelized bacon and garnished with chives.

I was fairly disappointed with the taste of these potato waffles actually.  They weren’t crispy on the outside and rather mushy.  Thus, it was like I was eating mashed potatoes molded in the shape of a waffle.  It’s not a bad thing if you like that though.  The potatoes were at least herbed and flavoured, but it was still too mushy for my taste.

It was nice that the egg yolk ran out beautifully when I cut the poached egg.  The caramelized bacon was all right.

The waffles breakfast came with mixed greens and a choice of fruit salad, maple beans, or potato salad.  While I was curious about the maple beans, I opted for the fruit salad (as did everyone else at the table).  This was presented so creatively!  The watermelon was cut into a rectangular block with three slices of bananas laid on top of it.  There was also a half slice of orange, grapefruit, a single blackberry, a single strawberry, and several blueberries.

Wendy ordered the Sammy Benny Waffles, which was essentially a smoked salmon waffle eggs benny.  I had actually wanted to get this too because I love smoked salmon.  Afterwards, Wendy commented that the heat from the poached eggs actually warmed up and heated the smoked salmon a bit.  I hate it when that happens, and I know if I had ordered this, I would have complained of the same thing. 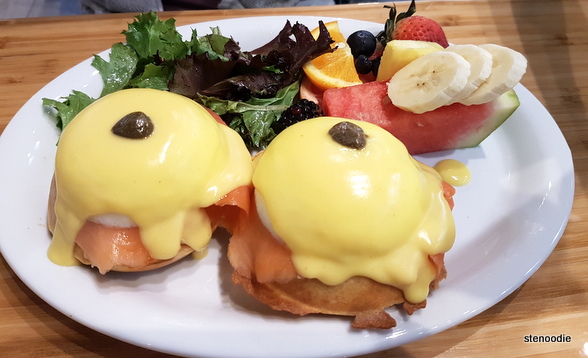 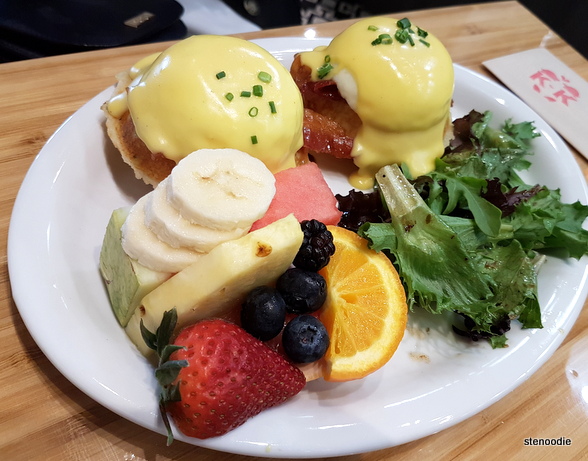 It started getting busier as we finished our meal, and there was a small line-up of people at the door.  There were quite a few empty tables though, so maybe it took the staff a while to seat the patrons.

This restaurant is cash only (they display it in huge letters at the doorway and at the cashier).  We paid at the counter, and that’s when I noticed the information about the local artists.  They put the artists’ information and business cards on the side. 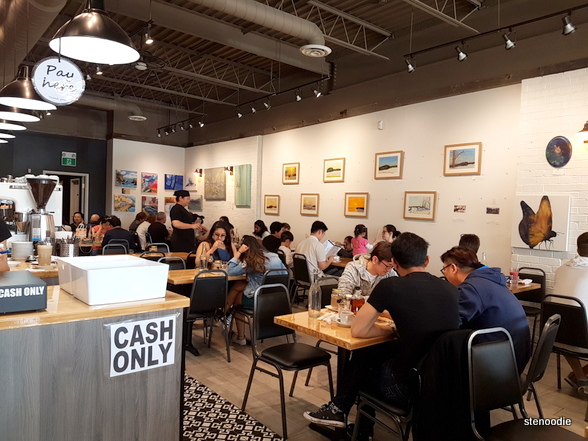 The full view of the space

I’m so glad that I finally tried this breakfast franchise to see what it’s all about.  I wouldn’t mind trying Starving Artist Waffles & Espresso again in the future.  They have lots of dessert waffles on the menu as well!  They also have many locations in downtown Toronto.