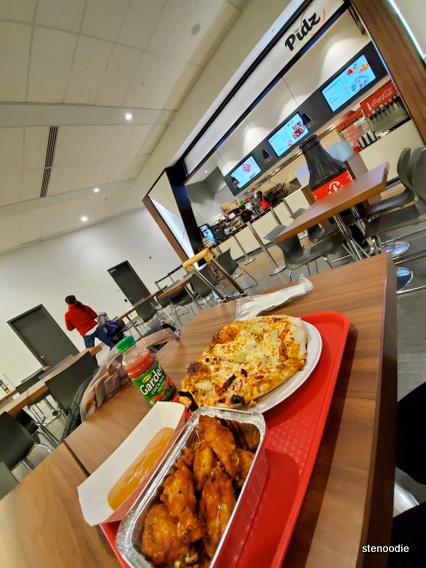 I finally have enough free time to go through my backlog and publish these old adventures!! 😀  This blog post is about the time we grabbed a bite to eat at the airport before we boarded the plane from Quebec City to fly home to Toronto.

There were only a few fast food options inside of the Quebec City Jean-Lesage International Airport and instead of choosing the other eateries, we continued walking until we were at our gate and saw a collection of fast food eateries.  The Quebec City Jean-Lesage International Airport (500 Rue Principale, Québec, QC) is not very big, and we actually were in this same area when we deplaned a few days ago.  We decided upon Pidz, a fast food eatery that offered pizza and poutine primarily.  We decided upon a pizza, wings, and a drink to share. 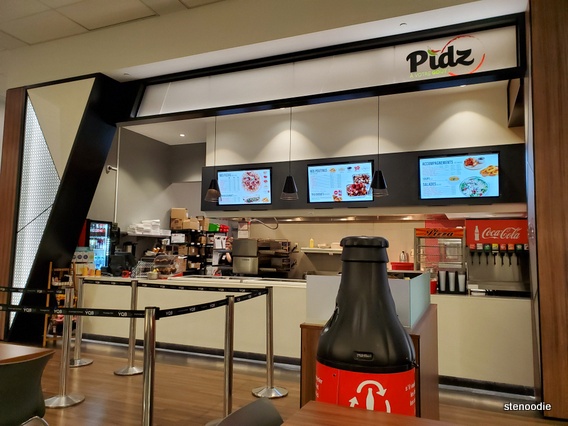 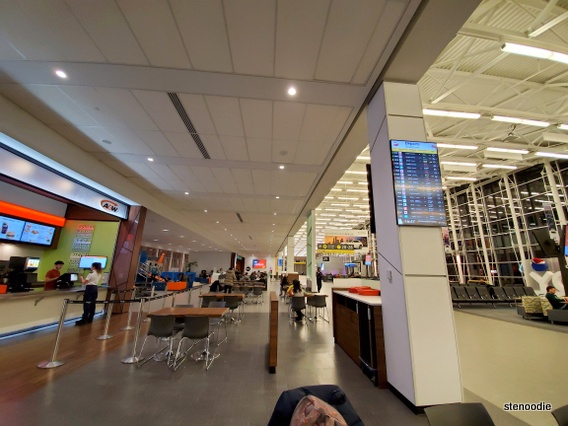 It’s located right next to the airport gates

Even though the poutines we had in Quebec City thus far were so delicious, I was not hungry enough for another poutine (although very tempted).

Menu (but it may be easier to look at their website)

Ken placed the order, we were given a wireless pager, and in less than 15 minutes, it rang to alert us that our order was ready. 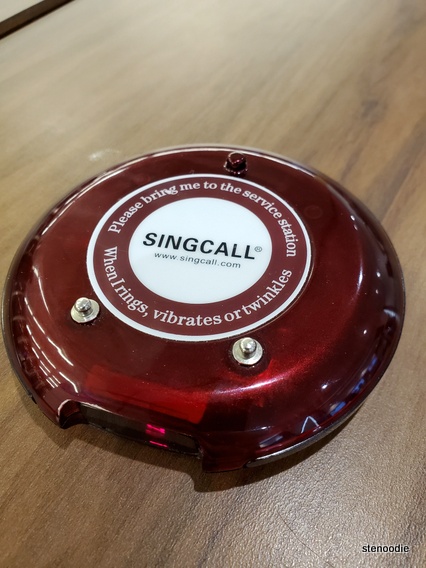 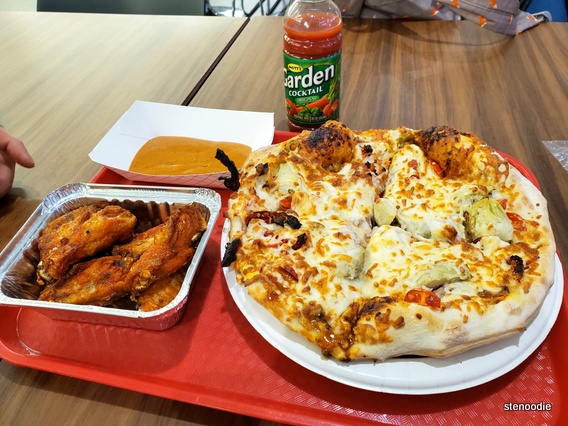 Our meal at the Quebec City airport

The pizza we had (La Tout Végé) was a vegetarian 10″ one and was loaded with so many juicy vegetables.  I loved the big chunks of artichoke baked into it and the cheesiness of the pizza.  It gave one of the best stringy and chunky cheese pulls ever too.  It was such a thick and fluffy pizza!  I was really impressed with the quality of this pizza given that it was inside of an airport. 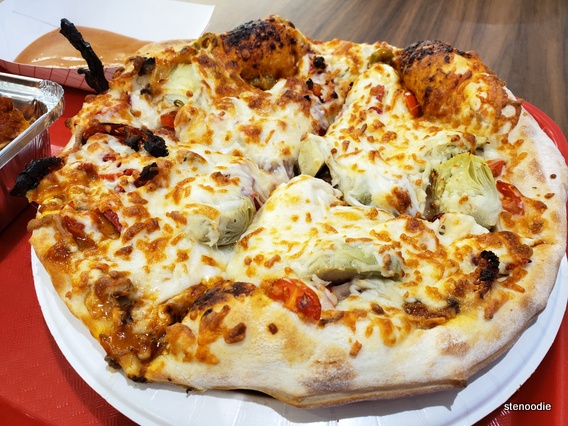 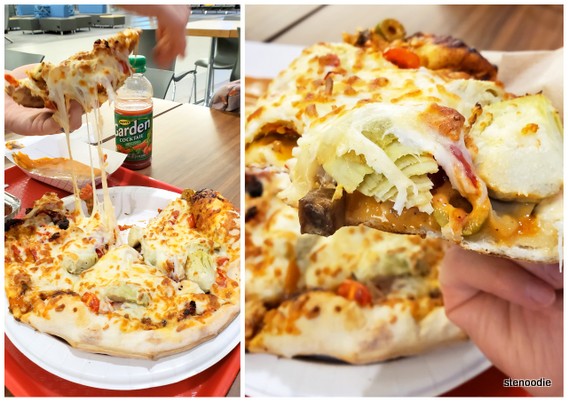 Look at that cheese pull! And all those ingredients!

The Chicken Wings were really delicious too.  They came in an aluminum tray (love that it’s recyclable) with some hot sauce on the side.  The wings were tender and had so much flavour to them.  Again, I was really impressed with them. 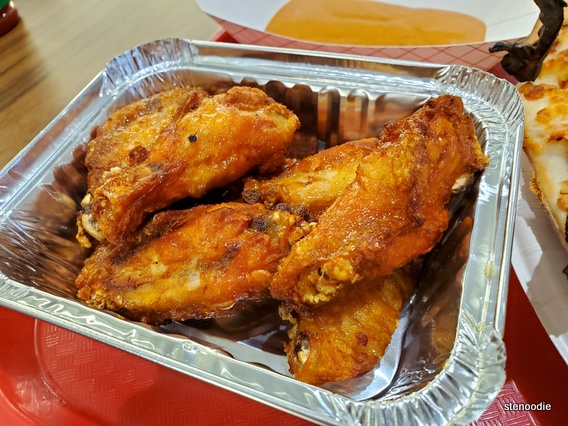 A Mott’s Garden Cocktail drink to supplement our meal: 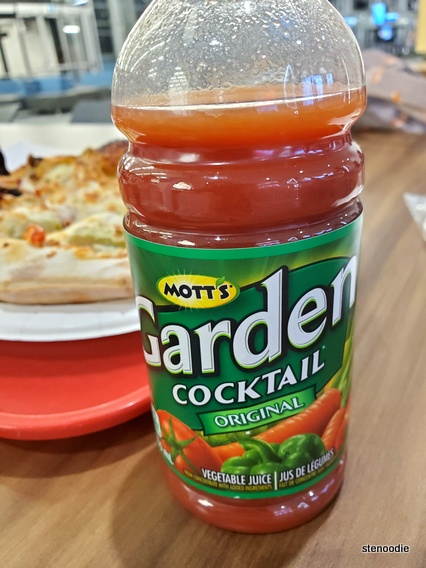 This was such a great meal to finish off our trip to Quebec City!  Too bad we encountered some issue with our flight (but we were able to get into our seats and on our way eventually).  The lesson learned on our trip is to always, always check-in online to your flight even if you don’t have any luggage to check!