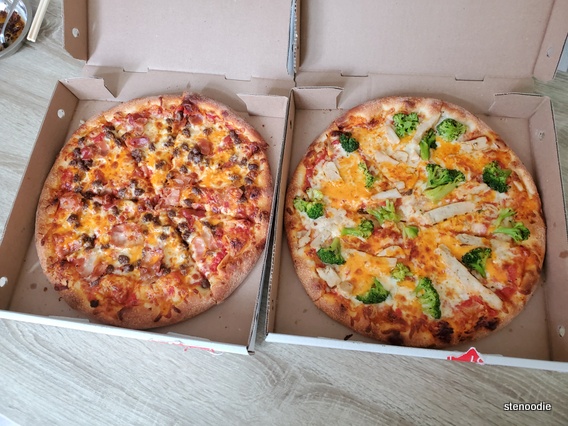 June 3, 2020:  I woke up with a yearning for some pizza and knew I just had to satisfy that cheesy and carby craving. 😋  I was actually going to be content with any oven-baked pizza from the supermarket, but when I mentioned this to my husband, he was like, “Why not order pizza delivery?  It would be faster too.”  Hmm.  I was instantly tempted.  So instead of purchasing a supermarket version, I called up Pizza Nova for some pizza. XD 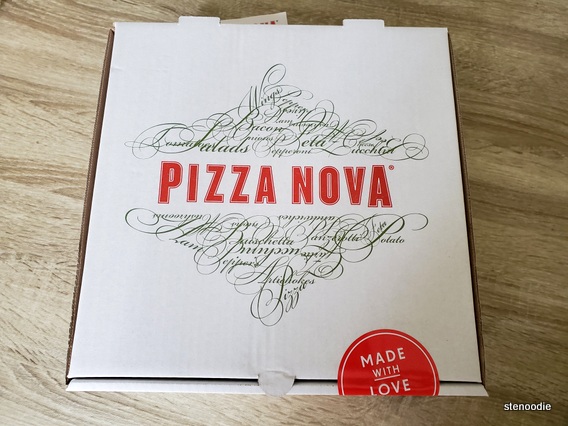 The “made with love” sticker sealed each pizza box

We already recently tried pizza delivery from Domino’s (which was so delicious by the way), so I wanted to try another pizza delivery company instead.  My mind instantly went to Pizza Nova.

I browsed their website and their Signature Pizzas caught my eye right away.  I ordered the Banquet Cheddar and the Cheddar Supreme (what’s the common denominator ingredient? XD).  Both were medium pizzas and I received an automatic discount for the order upon check-out too.  I liked that there was no delivery fee at all.  There was a contactless payment option, which I chose.  This meant that the pizza was already paid for online and the delivery person would just drop it off at the door per my instructions.

The estimated delivery time was said to be from 35 to 40 minutes.  I saw on Google Maps that the closest Pizza Nova store was about seven minutes from my place.

I placed the order at 12:05 p.m.  By 12:40 p.m., I was already wondering where the pizzas were. XD  I was hungry.  Pizza Nova also only sent me one e-mail confirmation once the order was placed.  There was no live update on the website or anywhere where you can check on the progress of your order.  (I liked the high tech live tracker that Domino’s had where it told you exactly how your pizza was progressing so you knew approximately when to expect it.)

At about 12:46 p.m., the doorbell rang.  Yay!  The pizzas were here. ^_^  The delivery person had followed my instructions and rang my doorbell and then left the pizzas on the doorstep.

Both medium pizzas were sizable and contained eight slices of pizza each.  The pizzas looked so appetizing and colourful with the various ingredients evenly spread on top.  I liked that there were ample ingredients and I didn’t have to specify in my order for adding any “extra” or “double” amount of ingredients (like Domino’s does).

The Banquet Cheddar pizza had strips of Canadian bacon, crumbly cheddar cheese, and Canadian seasoned ground beef on top of the tomato sauce pizza.  It was meaty, just the way I usually like it, but I did find the pizza a tad overly salty.  The tomato sauce was juicy though and I tasted it throughout each bite. 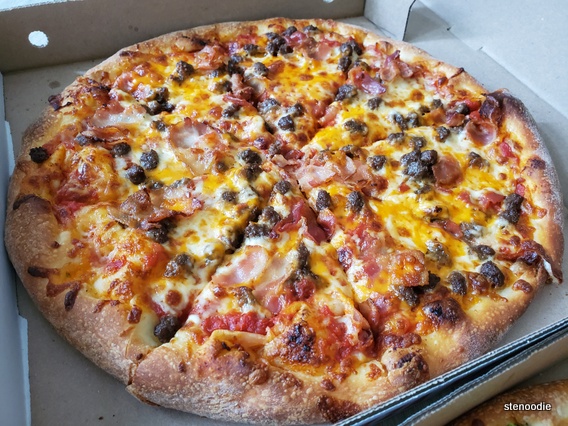 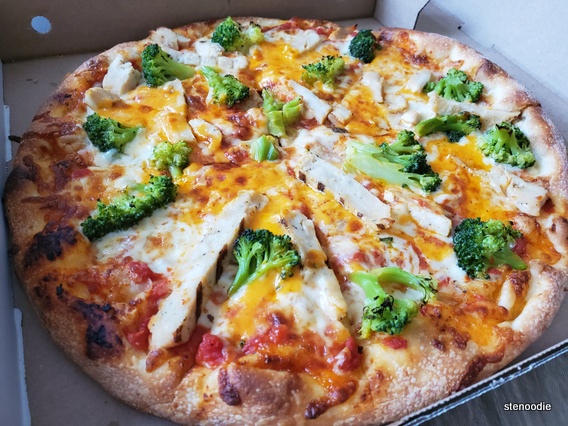 The Cheddar Supreme pizza had bright green florets of smokey charred broccoli, crumbly cheddar cheese, and lengthy strips of smooth grilled chicken.  I was really impressed with the combination of ingredients on this pizza.  I couldn’t believe how moist and smooth the grilled chicken was.  The pieces of chicken were very generous too.  The broccoli florets were in large chunks and also generous on the pizza.  The broccoli went so well with the cheddar cheese too.  Whoever thought of this pizza combination deserves a round of applause.  We all enjoyed this pizza the most.

The two medium pizzas were a good portion for the three of us to share, and we definitely still had leftovers too.

It’s funny that I somehow thought of ordering from Pizza Nova in the first place.  Thinking about it afterwards, I think it’s because of the relentless Pizza Nova TV commercials that play every evening non-stop.  The jingle is catchy and the commercial is annoying enough that I think subconsciously, it did work to make me think of them and to order pizza from them. 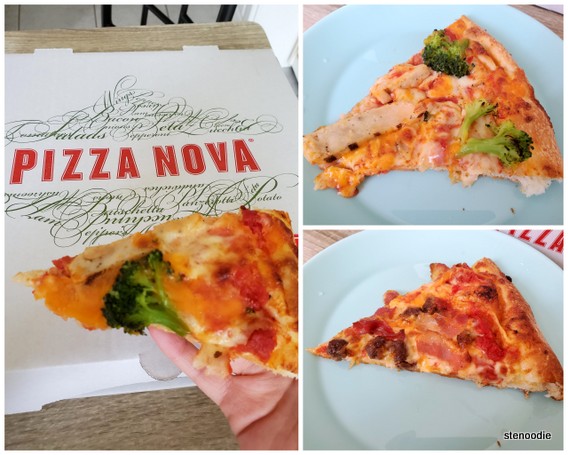