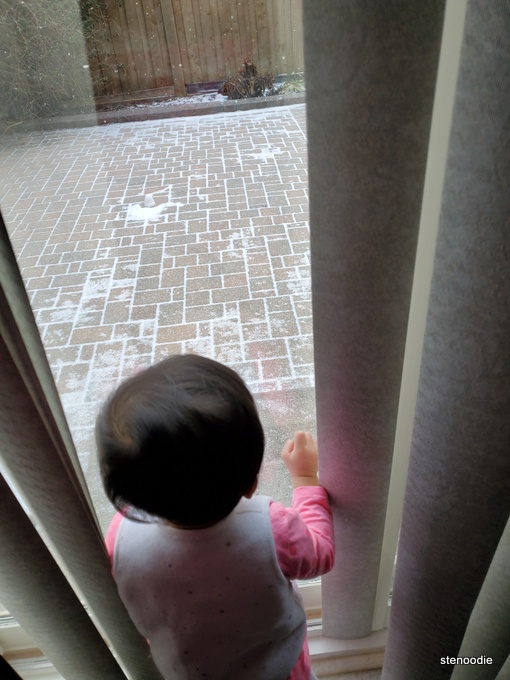 Moments before this photo, she went “ahhh” as she saw the snow falling softly outside

I'm a stenographer, foodie, avid traveller, and new mom who loves to share her experiences with the world.
View all posts by stenoodie →
This entry was posted in Motherhood and tagged 15 month old identifying objects, 15 month old waking up every two hours, clingy 15 month old. Bookmark the permalink.

2 Responses to Week 68 – says “mama” with intention, likes spinning around, can identify numerous objects by name