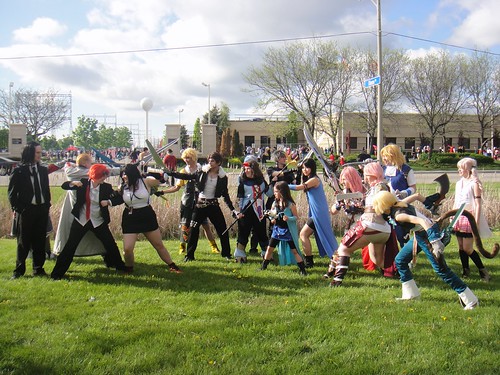 I’ve never been a huge anime/manga fanatic.  In my childhood, I grew up with Sailor Moon as my first exposure to “anime”.  However, I didn’t see it like an obsession or an interest where I would be dressing up as one of the characters.  It was simply a fun TV show that I watched.  Later, I grew up with watching Pokemon too. 🙂  I guess that’s the extent of my “anime” interests.

In high school and university, I’ve been exposed to friends who showcase their interests in anime through Facebook pictures and posts and how they would stay up many nights to make a “cosplay costume” for an anime character.  It was very interesting and I admired their strength and dedication to perfecting their cosplays so that every detail in their handmade costume resembled the characters of their favourite anime.  I never expected to attend one of these huge anime conventions, but when my friend Carol created an event for our mutual group of friends to go this year, I figured, why not?  I’ve never been to Anime North and I am always, always, always up for new experiences and opportunities.  Besides, I thought that if I decline this opportunity now, I don’t think I’ll have a lot of other friends going together as a group to Anime North convention in the future to check it out so this was the perfect opportunity to do so.  I don’t like declining new events and adventures! 🙂  I’m really glad that I went because I saw so many amazing cosplays and individuals who are all very passionate about amime and manga series.  It was like another world there. 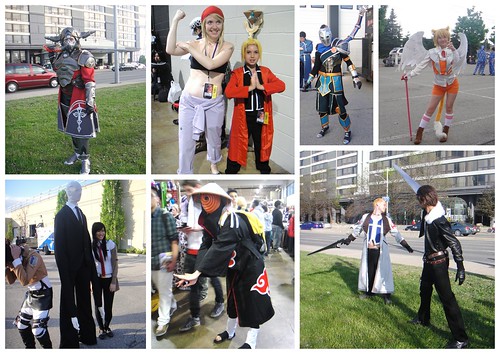 Here are some of the crazy and impressive cosplays that I saw this year at Anime North 2014.  I didn’t get a chance to see every single cosplay-er as there were literally hundreds and hundreds of people walking around the Toronto Congress Centre and displaying their talents and hard work. 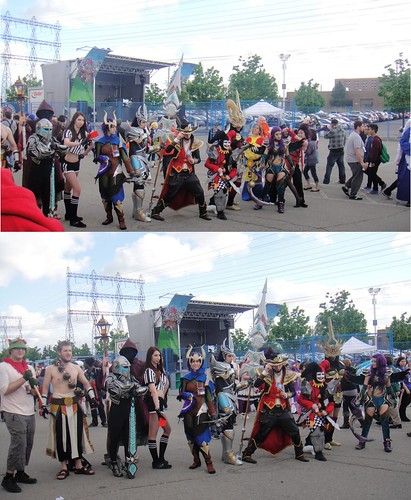 Photoshoots going on on site at AN

My friend Carol who set up and organized for our group to go to Anime North dressed up as Rinoa Heartilly from the Final Fantasy VIII series.  She was beautiful and so many people came up to her to ask for a picture since she truly resembled the actual Rinoa from the game.  Great job, Carol!! ^_^ 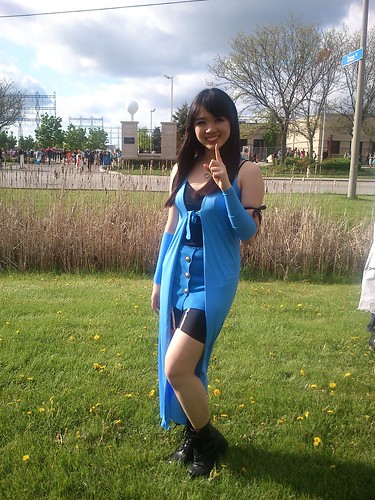 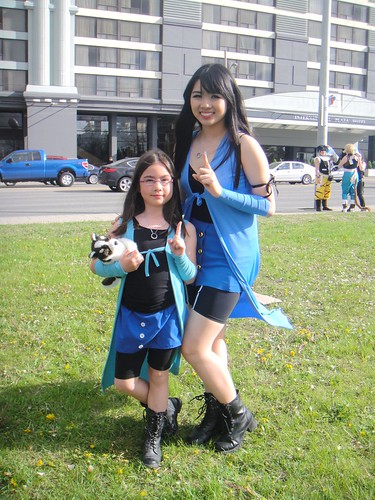 Carol with a mini Rinoa. So cute!

Forgive me for not knowing all the names of what these cosplays are, but this girl looked exactly like an anime character come to life! 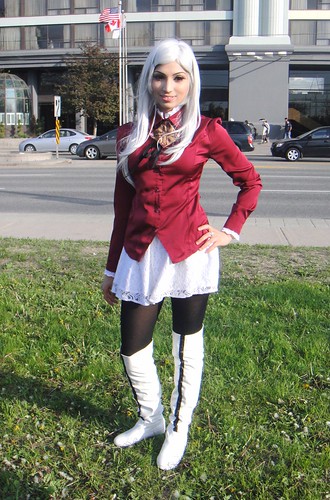 Her red eyes were mesmerizing.

Apparently, the thing he’s holding was really, really heavy.  He made it himself! 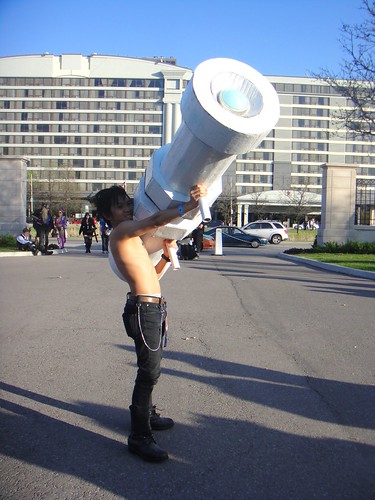 This girl’s cosplay was amazing.  She has the stance down as well. 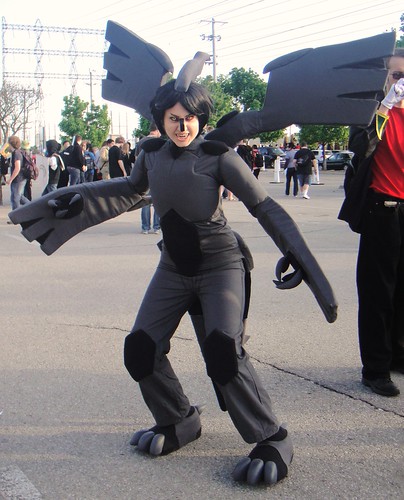 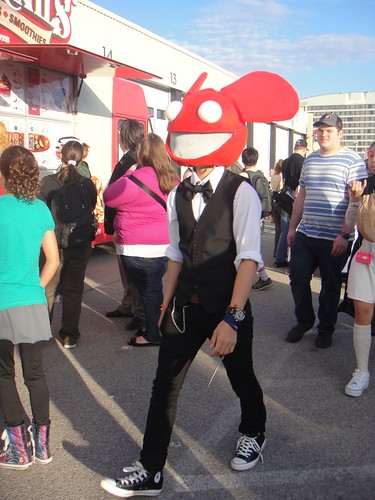 Who remembers Polkaroo from Polka Dot Door?  This children’s show used to be on TVO Kids after school all the time.  I remember watching it in my elementary school years. :3  So random to see this here! 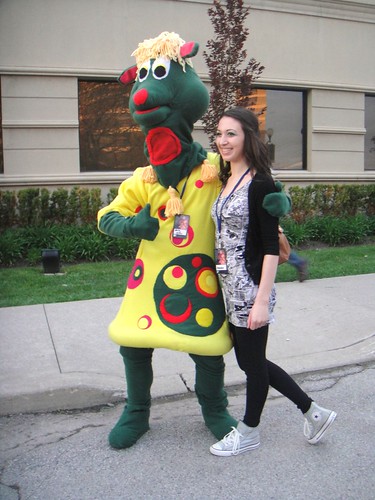 My absolute favourite from the entire Anime North convention!  This girl dressed up as Elsa from the Disney movie, Frozen!  There were a lot of Elsas walking around, but in my opinion, she was the best one.

And here are some more pictures from the Final Fantasy photoshoot that Carol was in. 🙂 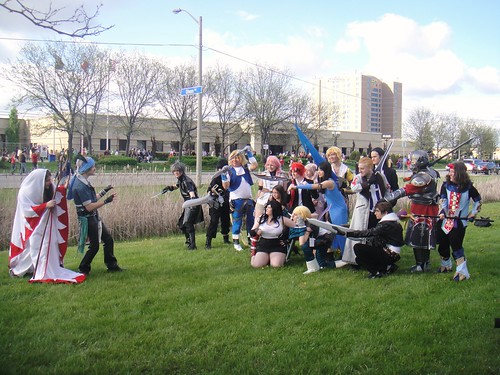 It was a beautiful day to be outside and taking pictures! 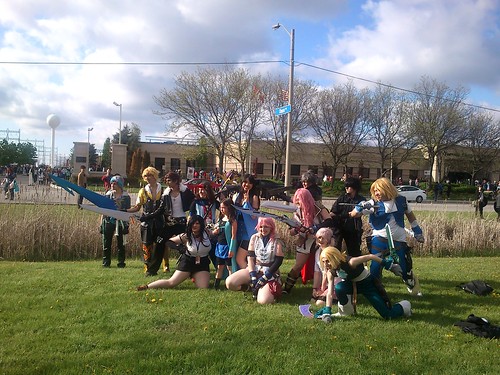 These guys are expert cosplayers!

We also toured the inside of the Toronto Congress Centre to look at all the memorabilia that was being sold.  There were a lot of interesting stuff there. 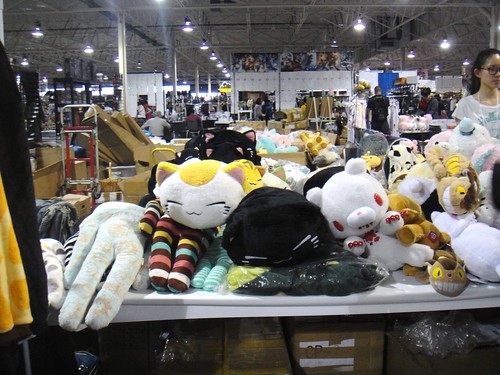 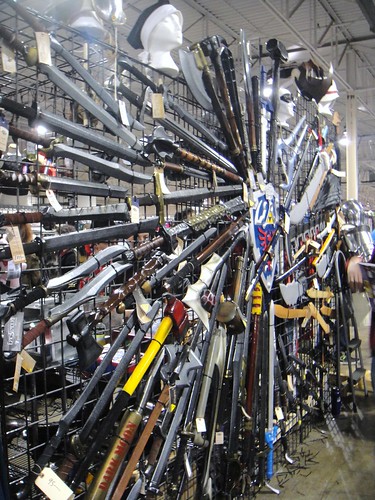 Look at this wall of swords! 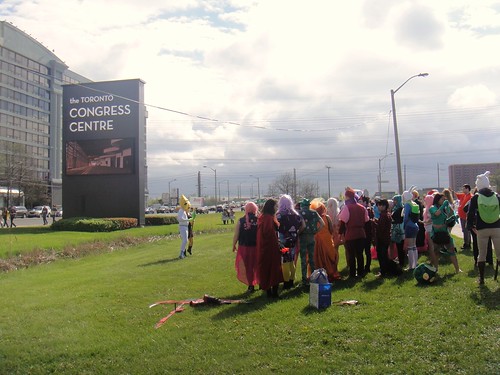 Millions of photos were taken that day, no doubt

Anime North is such a great event for anime and manga lovers to showcase their talent and passion.  I never knew that there were so many people that were into cosplay.  It’s actually a treat to see it in person.  Now whenever a friend on Facebook posts something about Anime North or cosplaying, I’ll know what it’s about.  There’s so much to see in Toronto and this is just one of the spring/summertime activities to partake in! 🙂