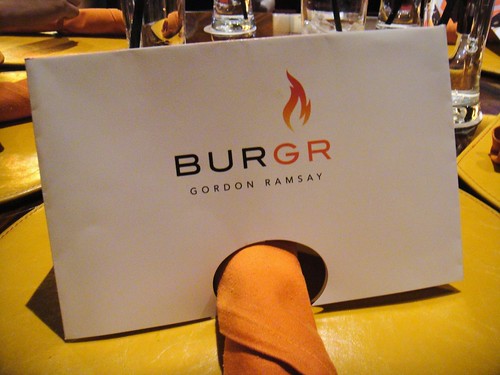 Here begins the food reviews of the restaurants I went to recently in Las Vegas.  Let’s start off with Gordon Ramsay’s restaurant, BurGR. ^_^

The point of the Las Vegas trip (also my first time ever to LV!!) was to partake in the Chinese Boot Camp (more on that in a future post).  However, seeing as I was travelling to LV with some foodie friends and world travellers, a stop to BurGR was an obvious must! ^_^ 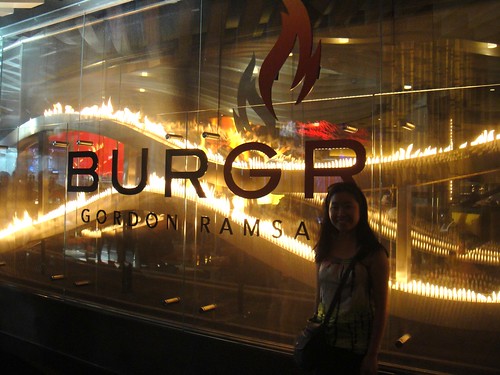 Gordon Ramsay, as some of you may know, hosts a show called Hell’s Kitchen.  He’s a celebrity chef that is reknown around the world, most for his flaming personality.  It’s no surprise then that one of his restaurants features a flaming wall for his BurGR signage.

The five of us placed our name and number with the host while we wandered Planet Hollywood a bit until our number was called.  About 20 minutes later, we got our table.  Yay!

We quickly chose what to order since we were on a little time constraint (we bought tickets to watch the Zarkana Cirque de Soleil show for that night [!]).  Our server was very friendly and sweet.  She even accommodated a little sweet surprise for Eric since it was his birthday! 😀 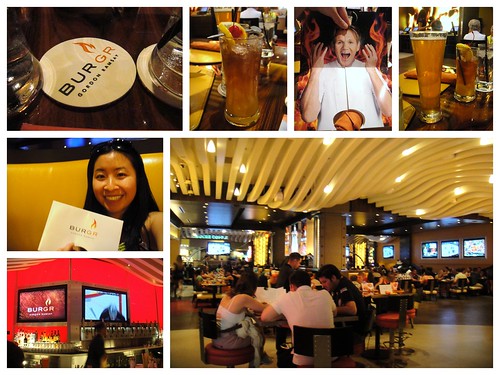 It felt unreal to be at Gordon Ramsay’s restaurant even though he wasn’t there in person that night.  Hehe. 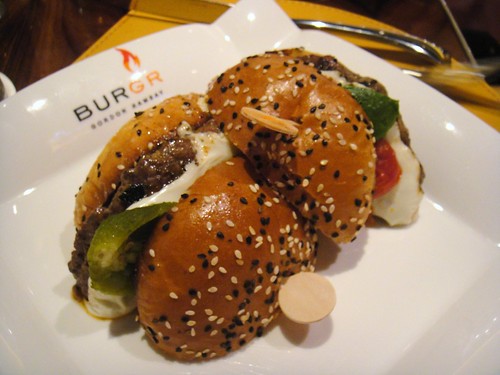 Vivian and I decided to share a burger since we both weren’t that hungry.  Since it was our first time there, the Hell’s Kitchen Burger sounded like the go-to burger with avocado and roasted jalapeño peppers.  Mmm.  The burger patty was so juicy and tender.  I was impressed!

The others guys’ burgers looked pretty nice too (ignore the blurriness — too much excitement going on that night). 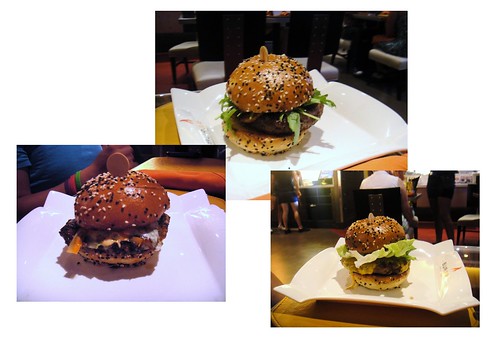 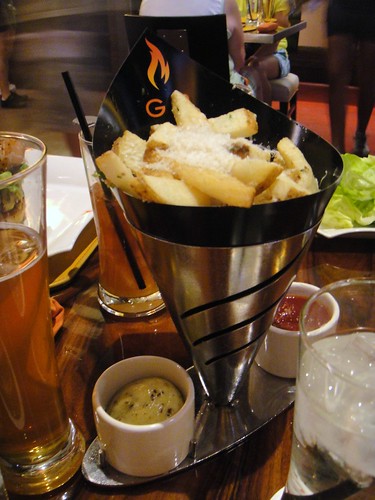 We also shared an order of Truffle Parmesan Fries.  They weren’t as salty as I anticipated (and wanted) them to be, but I did enjoy them quite a bit.  At first, I only wanted to try a few, but one turn into two which turned into three which turned into a handful.  It’s one of those situations where once you start, you just can’t stop (lol).

Lastly, the sweet surprise that I alluded to at the beginning was the dessert pops that our server brought for us for Eric’s birthday celebration.  Yay!  I got to try a bit of the Sticky Toffee Pudding Push Pops and I reallllly enjoyed how creamy and delicious the ice cream and cake parts were.  A creative presentation and satisfying dessert! ^_^ 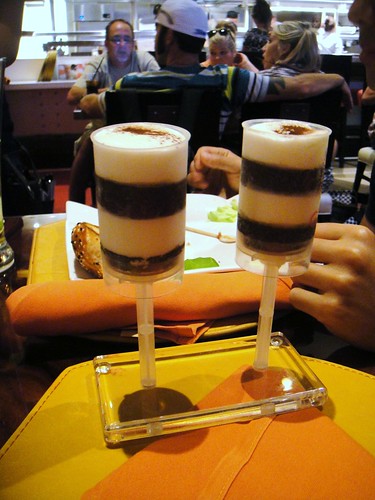 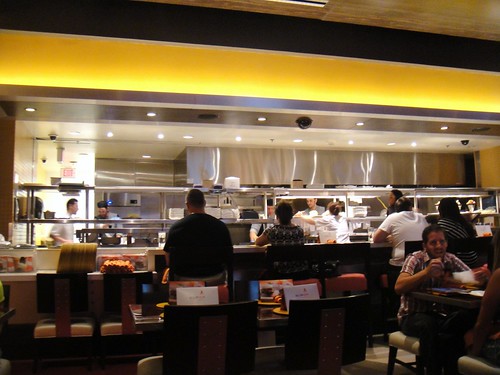 The burgers are cooked over an open flame

It was an amazing first day in Vegas and I was so happy to be staking out the food places already.  As I soon started to realize, Vegas was a pretty incredible foodie heaven. 🙂

Stay tuned for more Vegas restaurants in the upcoming week !