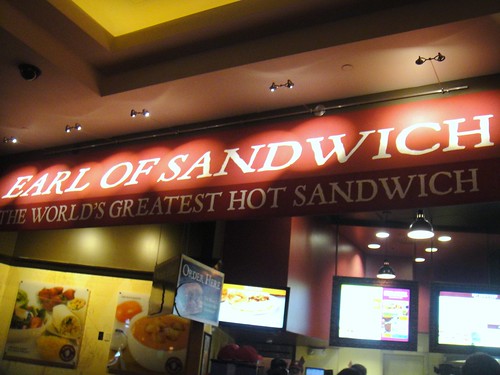 On our second day at Las Vegas, we were stuffed with information from the Chinese Boot Camp.  It was amazing and we learned so much already.  As such, we were quite hungry when it came to lunch time.  With not too much time, Vivian, Eric, and I dashed over to Planet Hollywood where we had some great sandwiches at Earl of Sandwich. 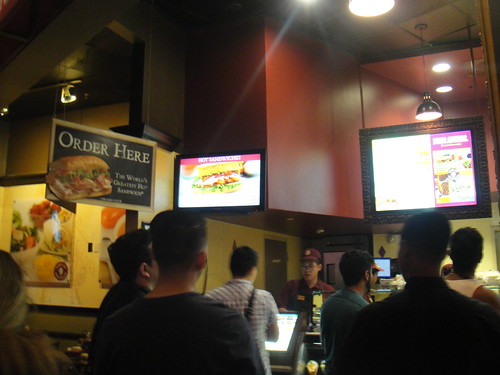 Lots of people in line!

Apparently this sandwich place is quite famous and it boasts itself as “The World’s Greatest Hot Sandwich”.  The line-up proved this to be true… so far!  Luckily, the line went by fast.  Eric and I shared the Chipotle Chicken Avocado and The Earl’s Club sandwiches.

When you got to the cashier, you place your order at the first counter and then you pay at the second counter.  You receive a little tracker device and wait at your table until the tracker blinks and vibrates.  Then you go up to the third counter to collect your sandwich.  Cool process!  It reminds me of the tracker device that you receive at Panera Bread that you put on your table… but for that one, someone actually finds your tracker and delivers your food to you.  In this case, it’s still a cool techy device. 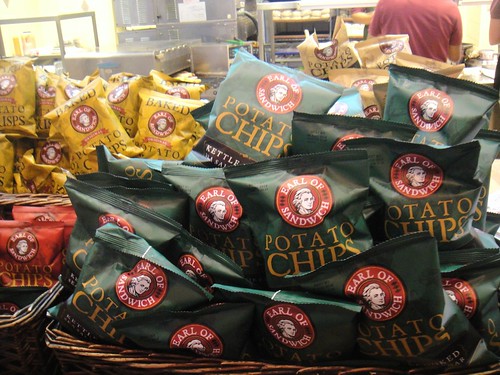 They even have their own potato chips 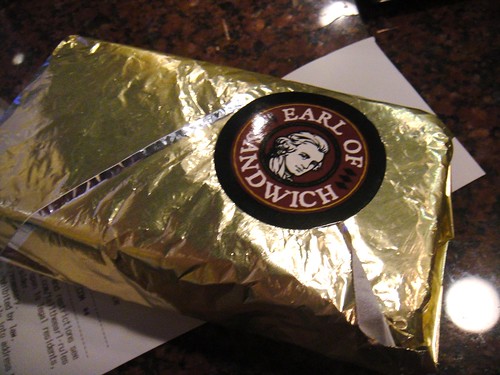 Nicely wrapped for on-the-go eating too

I ended up liking the Earl’s Club sandwich more than the Chipotle Chicken Avocado even though the latter sounded more appealing to me at first. 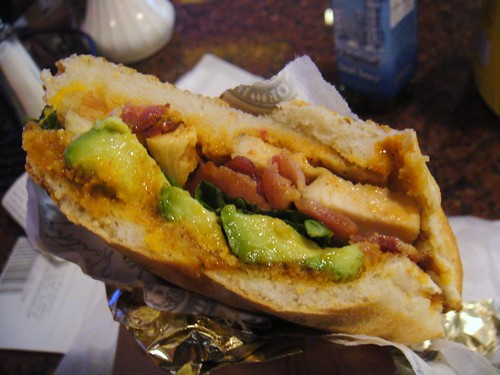 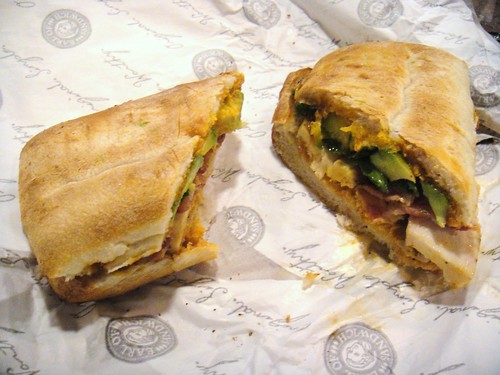 The Club sandwich contained turkey, bacon, Swiss, lettuce, tomato, and sandwich sauce which made it a nice mix of everything.

The Chipotle Chicken Avocado had grilled chicken, bacon, cheddar, avocado, lettuce, and chipotle sauce.  While the chucks of avocado were huge and fresh, I found that the chipotle sauce threw the entire flavour of the sandwich was a bit since it was a little tangy.  It was still great nonetheless. 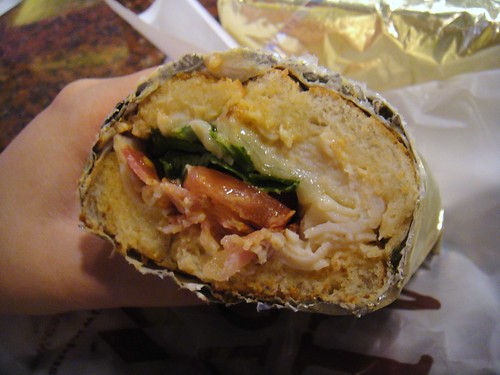 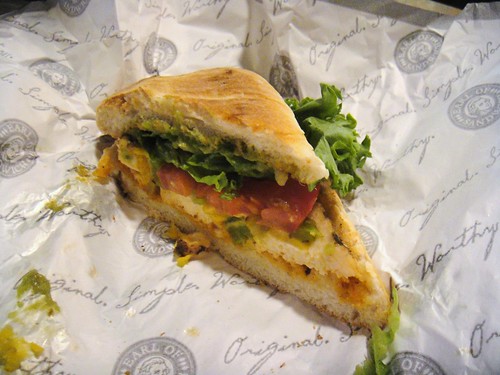 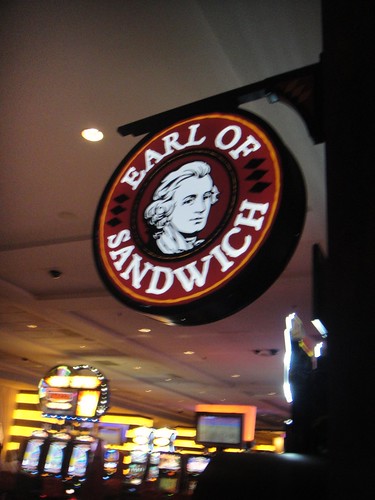 The lunchtime line-up still continued even when we were done; this is really a popular place for sandwiches!  I’m really glad that we got to try this place out. 😀