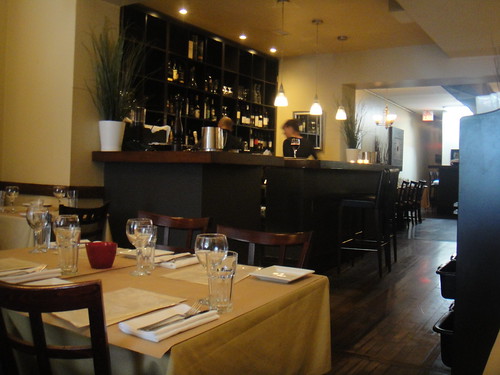 Located at 93 Harbord St in Toronto

For my 6th Summerlicious restaurant this 2014 season, I ate with three other friends at 93 Harbord.  What’s interesting about this restaurant is that their name is the same as their address.  That way if you ever meet up with friends here, you can’t say you don’t know what the address is since the name and address are one and the same.

93 Harbord serves Middle Eastern and Morrocan food and their menu contained several items that we were not too familiar with. 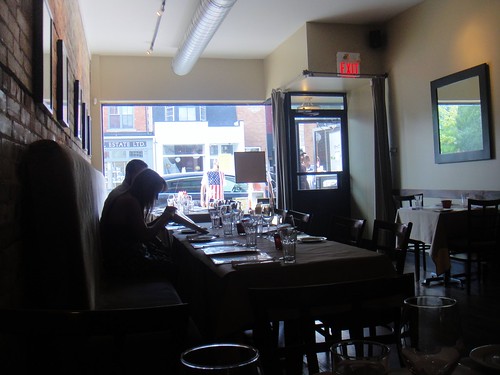 Empty when I arrived, but lots more people arrived as the night wore on

The exterior of 93 Harbord is very non-descript; just a black building.  Walking in just before 6, I was the first one inside on a Sunday night.

Once our party had arrived, we chose our dishes on the prix fixe menu and informed our server that we wanted to have everything arrived by 8 pm since all of us had other commitments later that night.  The server was happy to oblige and definitely made sure all our dishes arrived well by 7:45 pm.  It looked like he was the sole server that night for our side of the room and collecting our bill took an unreasonably longer period of time. 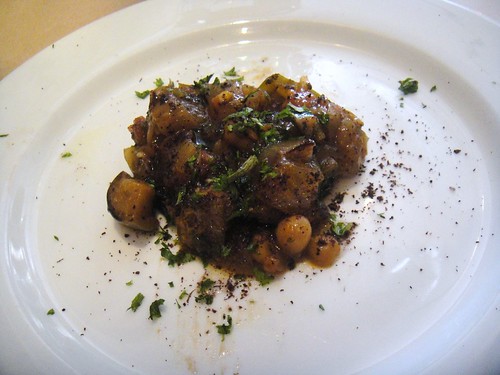 Let’s get on with the food!  Three of us chose the eggplant appetizer while Thuy chose the vegetable dip that came with pita bread.  I thought that the eggplant was so-so.  There wasn’t anything special about it.  It was just chopped up pieces of roasted eggplant on top of a bigger piece of roasted eggplant.  I tried one of the pita breads and loved how soft and fluffy it tasted.  It was a comforting feeling somehow. 🙂 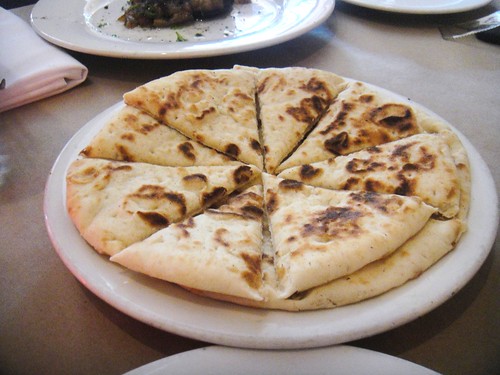 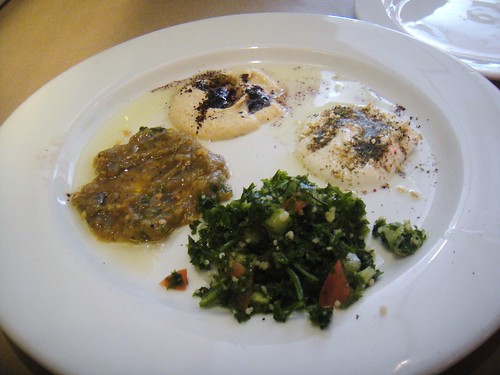 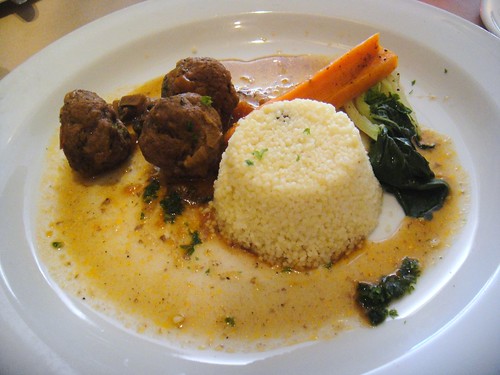 I chose the meatball tagine with vegetables and couscous for me main.  I had Googled ‘tagine’ beforehand because I’d never seen that on the menu before.  Google images showed me that it was a type of pot that Morrocans? use to cook with.  Contrary to my expectations, my dish didn’t involve a tagine (so disappointed); three meatballs rolled around on a plate with sauce, a pile of couscous, and some carrots.  It wasn’t very nicely plated either.  The meatballs were mediocre but the taste contained a bit of spice to it.  The couscous was supremely soft; so soft that you almost didn’t have to chew through it before swallowing.  This dish was disappointing because of the lack of meat on the plate.

I tried a bit of the chicken — it was strongly infused with the spice and made it unique-tasting.  The salmon was all right.  I also tried the rice — it was very, very soft like the couscous and plain in taste. 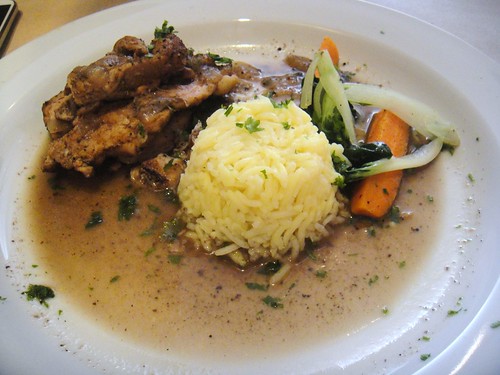 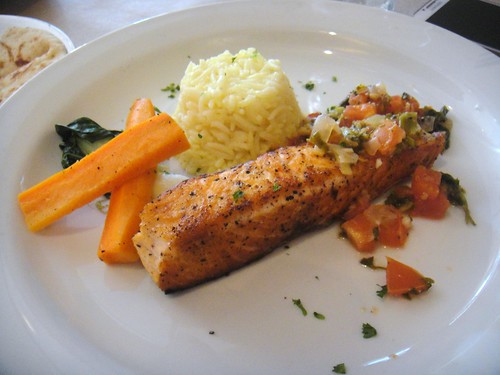 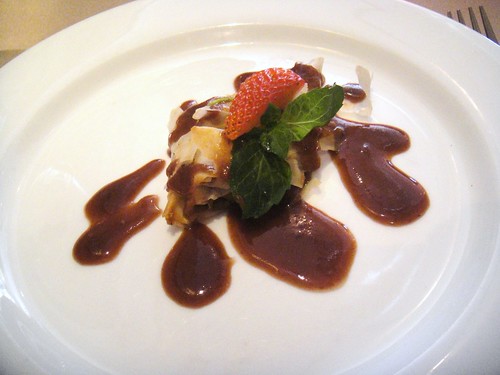 Lastly, dessert was the phyllo.  I wasn’t a huge fan of this.  The pastry between the layers was flakey and soft and soaked up the sweet sauce.  However, every time I bit into the pastry, I felt my tooth ache a bit due to the sweetness inside the phyllo.  My teeth became really sensitive to it.  I did like tasting the almond yogurt/simple syrup that was on the plate. 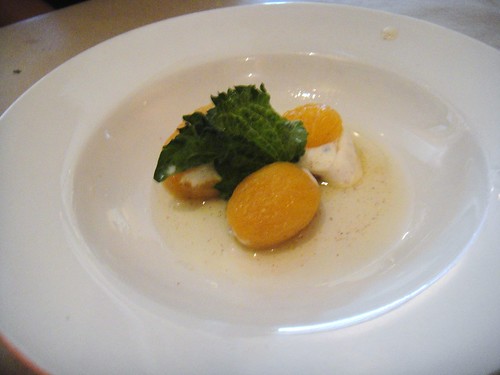 All in all, the food didn’t impress us fellow foodies and we didn’t have a strong positive impression of 93 Harbord.  Have you been here before?  Perhaps your experience was better than ours.  Let me know your story in the comments below! 🙂