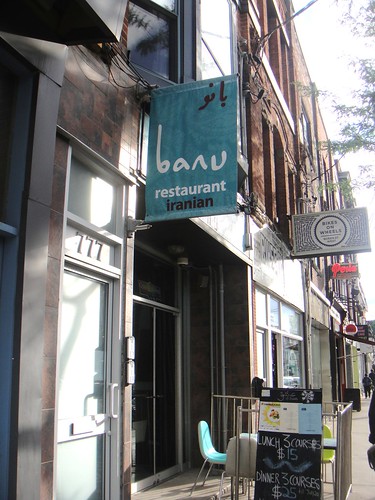 Banu was my final stop on my Summerlicious 2014 journey this year (insert sad face).  The three October babies reunited again for a prix fixe meal; I think that’s what we do best and enjoy the most. 🙂

Banu features Iranian cuisine, one that I’m sure I haven’t tried before.  I was excited to try out all the dishes on their menu.  🙂 I’ve seen it before many times on previous Summerlicious & Winterlicious so I know this restaurant has been around for a while.

The restaurant itself is a long hallway decorated with Iranian elements but with hints of modernity.  I liked how the table was unique in that it was made with small blue tiles!  It was pretty neat. 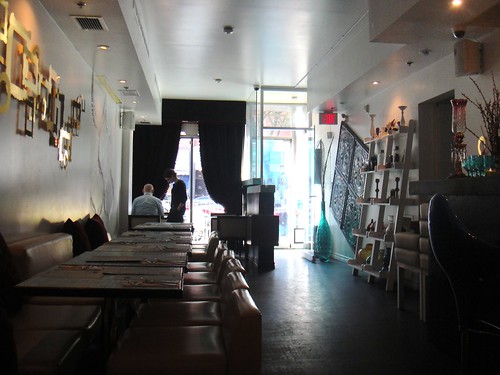 The interior is a cozy and homey atmosphere 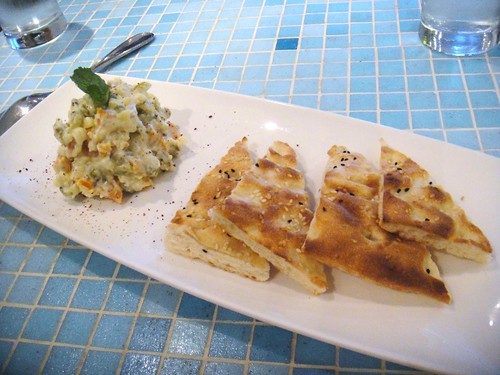 The first course was a potato salad with nigella seed bread which tasted surprisingly delicious.  You scoop some potato salad onto the bread and the entire thing goes so well together!  I tried some of Holly and Joyce’s smoked eggplant (which I was tempted to get but didn’t since I had recently had roasted eggplant at 93 Harbord).  I really liked the smooth texture of the eggplant and how comfortingly warm it was compared to the cool but refreshing potato salad. 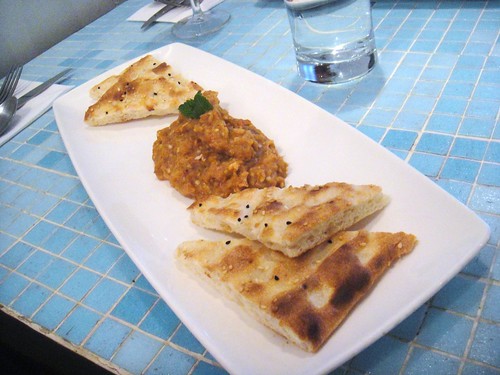 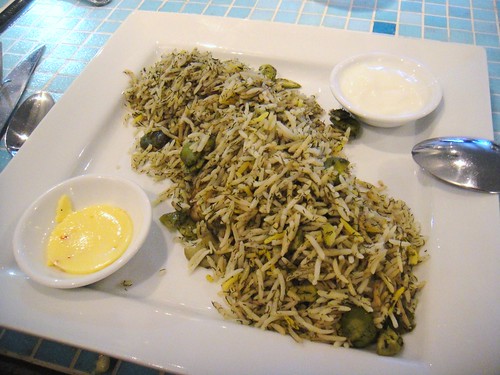 For my main course, I chose the “classic Iranian fare” of Baghali Polo.  It was a vegan dish so I expected no meat but I didn’t expect that the entire plate would be just a dish of basmati rice with sour cream and butter on the side.  I wish there was more to this dish because it was very boring to eat all the rice on its own.  Yes, the rice was flavourful and I enjoyed the burst of fava beans in every other spoonful but other than that, something other than plain rice would have been a better main course.  I suggest adding some solid vegetables but then I guess that is not what Iranian cuisine comprises of.

Holly and Joyce ordered the Khoresht e Karafs (veal shank).  It came as a bowl of veal, herb, and celery stew with saffron basmati rice on the side.  I tasted a bit and it was just okay.  They really enjoyed it though. 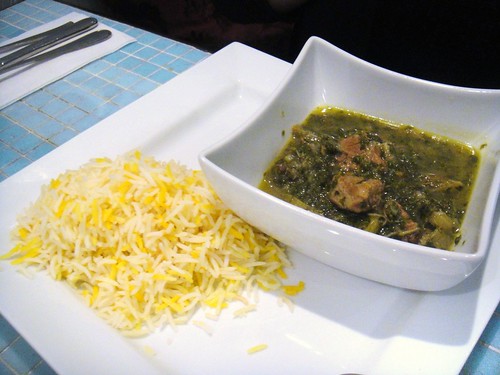 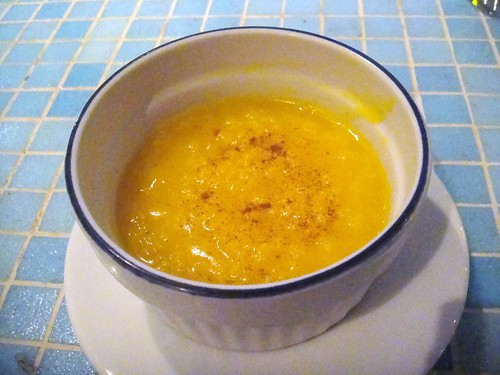 Overall, my first sampling of Iranian food was mediocre.  I liked the appetizer and dessert but the main was not outstanding.  I will have to try more Iranian dishes in the future for more variety!