Posted on September 8, 2014 by stenoodie 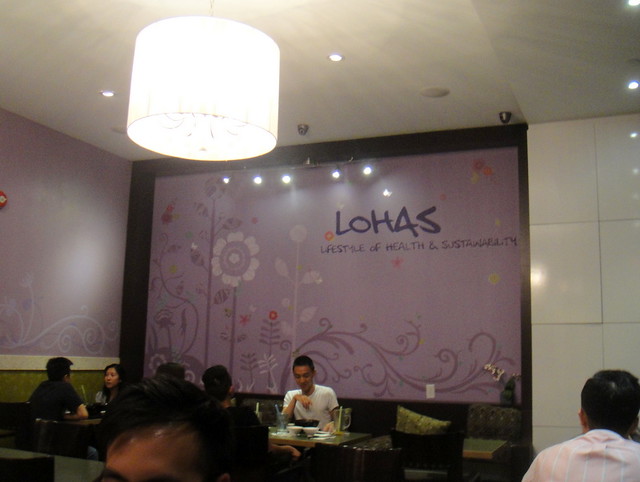 Tracy and I met up at Lohas Cafe to chat and catch up recently.  I had originally wanted to visit Lambie Bubble Tea since I really liked the environment and food there, but to my surprise, we discovered that it was closed down.  What!  That place was such a nice place for food and casual chats.  Luckily, since First Markham Place has shops and restaurants around every corner, we decided to go into Lohas Cafe instead.

Like Lambie, Lohas Cafe also features Taiwanese drinks and food like bubble tea and popcorn chicken.  Yum!  I really liked the casual and purple-themed design of the restaurant.  It was a little girly and very quiet which made it such a nice place to catch up.  We ordered drinks just to chat and I was very curious about the brick toast that was on the menu.  I liked the sesame milk tea that I had and the grass jelly that was in it.  #grassjellyFTW 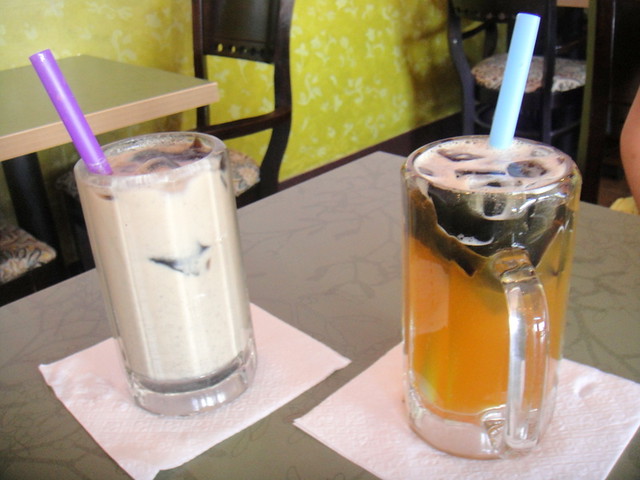 On my second visit, I actually had a chance to try their food as well!  A bunch of us met up here to hang out and do some learning.  Yay for hosting workshops! 😀 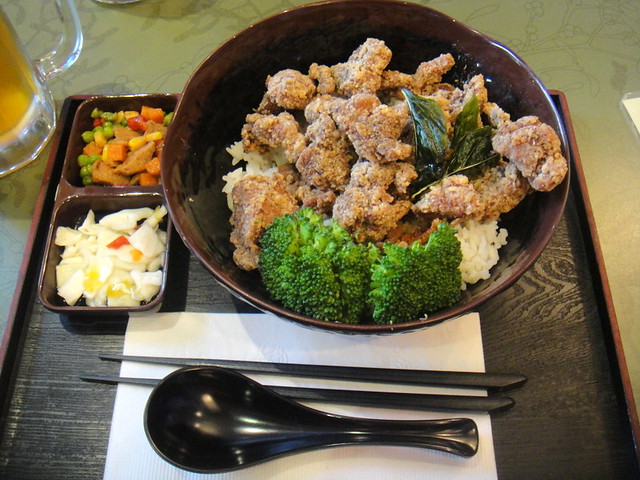 Mabel smartly noticed that there was a set menu for $6.99 that included popcorn chicken with rice and also a drink.  A couple of us ordered that.

It arrived and looked nice.  However, the popcorn chicken was a little disappointing.  It was too hard and dry for my taste and I didn’t really hear a lot of compliments going around the table for the popcorn chicken either so I don’t think it was a hit for the rest of the table either.  The rice at the bottom of the bowl was mushy and I wasn’t a huge fan of it.  Katy disliked the broccoli being overcooked and super soft.  The set dinner also came with some preserved veggies on the side which was a relief for my mouth after eating too many dry and hard popcorn chicken pieces.

For Mabel’s order, they actually ended up running out of steamed rice and had to ask her to substitute the rice for soup noodles instead.  Hmm… 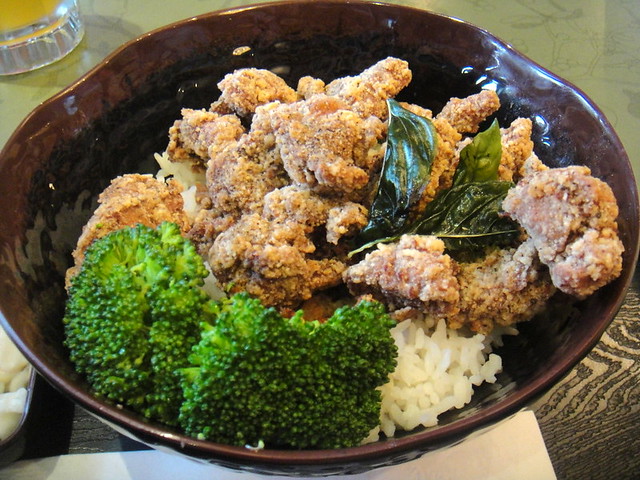 I tried a bite of the Brick Toast that James got and wasn’t too impressed.  It looked kind of nice but it actually wasn’t very flavourful.  The ice cream that Jason got looked promising! 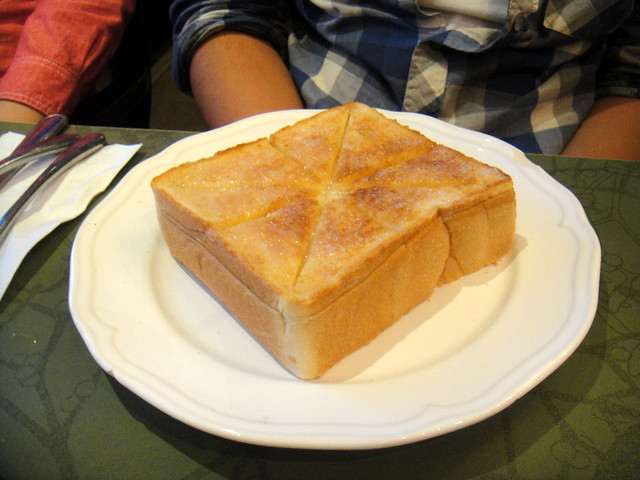 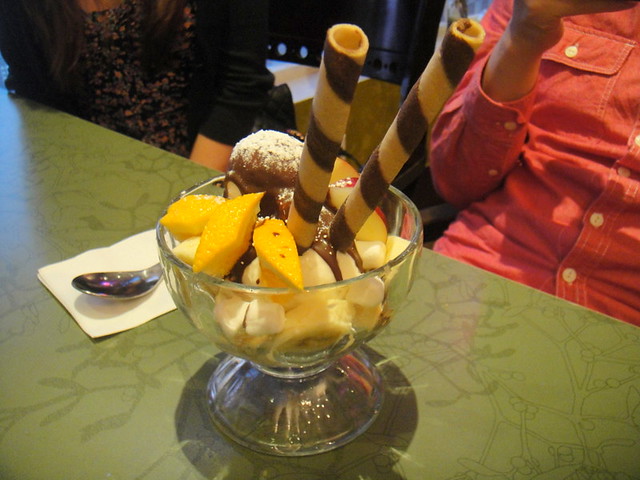 You could choose between green tea or black tea for the set dinner. I chose green tea

All in all, I wouldn’t write off this cafe completely but their food really didn’t deliver a good impression.  I still like it for the fact that it’s a quiet place to chat and hang out with friends.  Also, my green tea drink was okay.