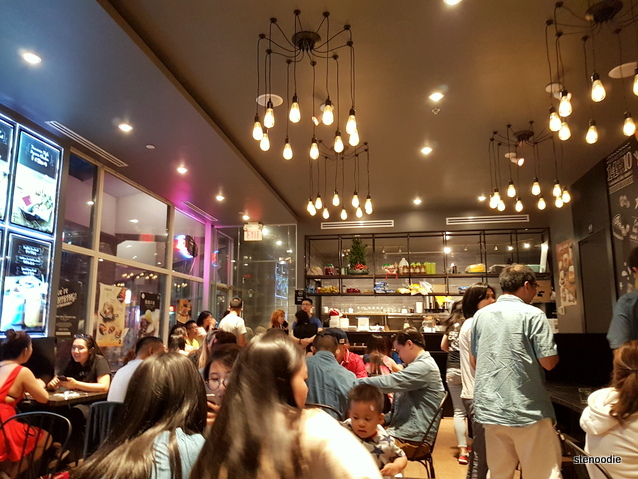 June 2017:  After a hot and thirsty day hammering and constructing framing parts for the townhouse at Habitat for Humanity, Ken and I were still able to meet up for a meal at night. 😀  We chose a restaurant somewhere in the area and I suggested Sugar Marmalade (糖记甜品) as I had never been there before   Wow, apparently, there are currently nine locations all across Ontario!!  I didn’t know they had so many locations already!  (This unit used to hold another cafe, Lohas Cafe — blogged here.)

We walked in around 7:30 p.m. on a Saturday night and we luckily were given booth seats right away.  Immediately after we were seated, the line-ups out the door started.  There were so many people here on a Saturday night!  There were mostly families with young kids here.  Thus, the place was a little loud and it looked like the servers’ patience were stretched thin (when we paid the bill, the servers looked very frantic in serving new customers and taking care of orders.  It took a while before we were given our bill and a take-out box).

Sugar Marmalade is primarily a dessert place (you can see this in their menu where the first couple of pages are all devoted to so many different categories of Chinese desserts and drinks with Western influences and only a couple of pages in the back for Taiwanese appetizers and rice dishes).  Ironically enough, we didn’t end up ordering any desserts here even though I was certainly curious about them.  However, I thought that the desserts were a bit overpriced… 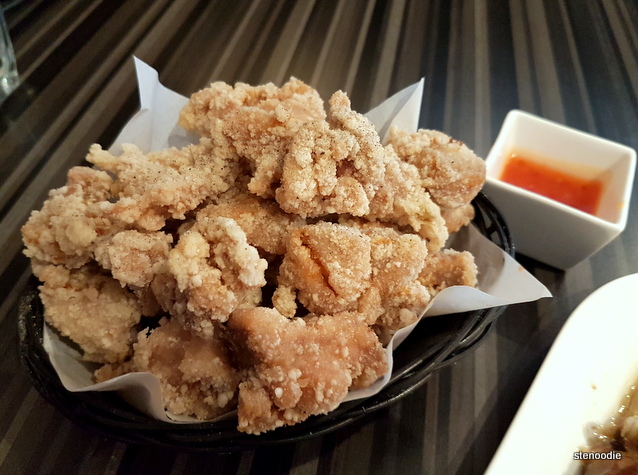 As always, I like to order popcorn chicken!  The Taiwanese Style Popcorn Chicken here was $7.49 per portion and good thing that it actually arrived in a substantial portion!  It was served with a side of Thai sweet and spicy sauce too (interesting…).

I was actually quite impressed with their popcorn chicken!  I am very particular when it comes to these fried little chicken nuggets and was impressed with the texture and taste. 😀  It was salty enough for my taste and didn’t have too much batter either.  The first couple of pieces were so delicious!  However, after we left it on the table for a while, I noticed that the latter pieces — having been cooled down — had a more obvious batter taste that was chunky. 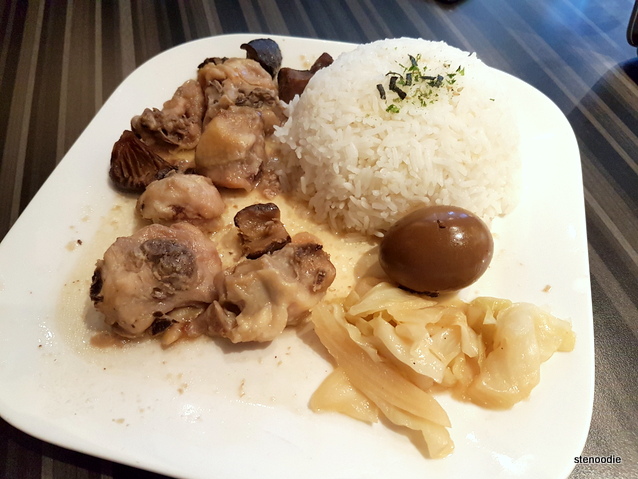 Ken got a rice dish, the Chicken & Chinese Mushroom on Steamed Rice.  I was surprised to see this presented on a plate when it arrived.  It seemed more fitting that this type of dish be served in a bowl.  Anyway, the rice when mixed with the sauce was quite good as were the mushroom and chicken pieces.  There was nothing special about it but it was still good.

If I return again, you can bet I’ll want to try their desserts! 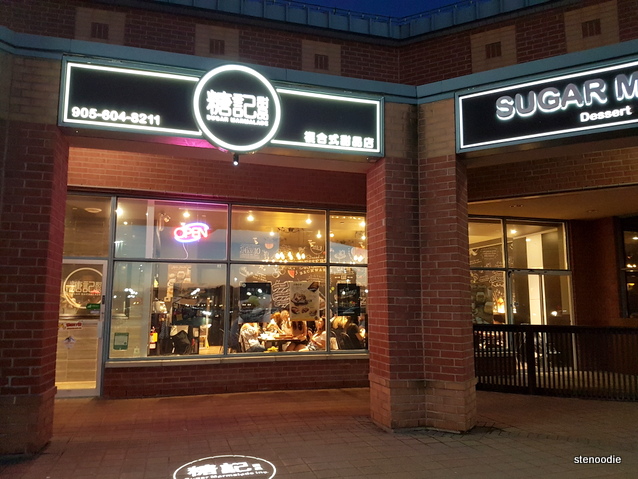 Sugar Marmalade located at the ever popular First Markham Place 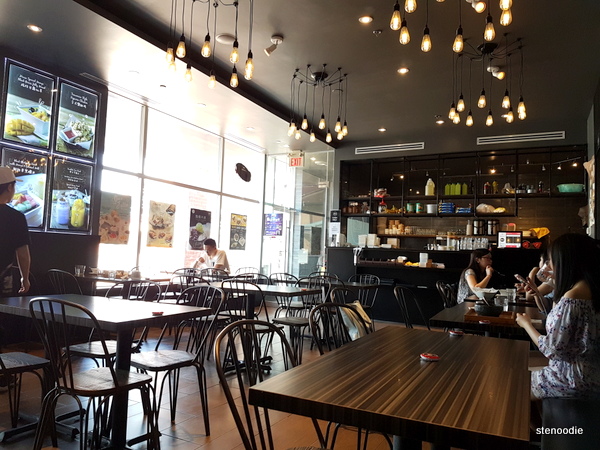 July 1, 2018:  About a year later, I returned to try their desserts!  It was the hottest and humid day of the summer with several heat warnings in place.  We went into Sugar Marmalade hoping for a nice air-conditioned cafe to have some cool snacks and use the wifi.  The cool snacks and wifi we got, but the place was just loosely air conditioned.  However, we didn’t want to drive around town on this super hot day so we just stayed put.

Luckily we were able to get a booth that had a power outlet next to it to use.  The wifi there was also unfortunately spotty. 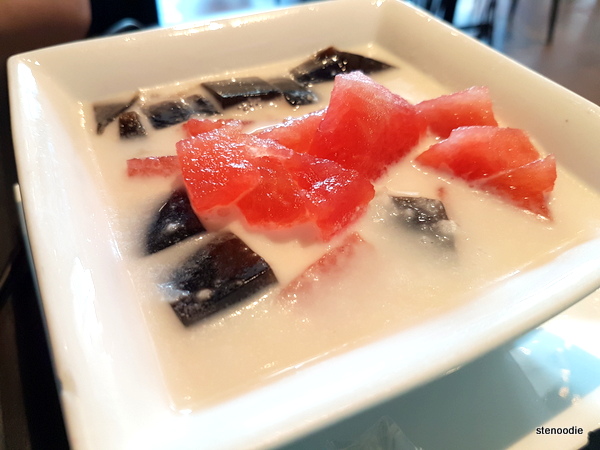 Ken ordered the Fresh Watermelon Juice.  It was also so-so.  $6 seemed like a lot to pay for a small mug. 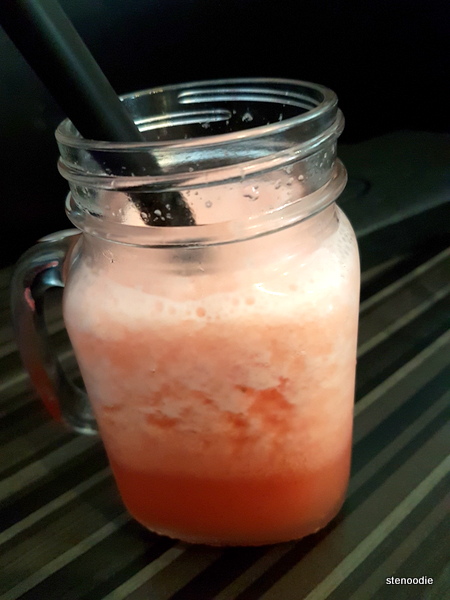