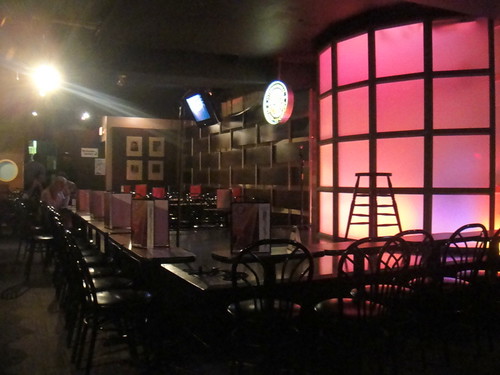 Betty and I had never been to a Yuk Yuk’s stand up comedy show before so when I saw the deal come on at Groupon, we decided to try it out (buy two for the price of one deal AND I got paid to buy it!).  Our Groupon was going to expire at the first of September, so we finally managed to find a time where our busy schedules freed us up to watch a show.

It was a Sunday 8 p.m. show and the place was entirely empty with the exception of two tables when we arrived at 7:30 p.m.  I had reserved our spots ahead of time on the phone and I was advised that we should arrive by 7:30 p.m. since the seats would be first come first serve.  Upon handing in our tickets to the runner, he led us to a table right at the front row where the stage was.  (We were actually both surprised with the small size of the room and stage — it appeared very grungy and bar-like.)  Front row seats — although touted to be a good thing for some — never has their benefits: you can’t see the entire set if you’re at a musical and you’re bound to be pointed out by the comedian.  When I asked to be seated somewhere else, the runner said that the comedians would be too focused on their own jokes to single out people in the crowd, or something like that, so I hesitated and stayed.  But that front row seat is also the worst seat in the house for the reason that you’re so close up that you can literally touch and smell the person which would make for an awkward show, so when our server came over to serve us, I asked to be placed at another table and she really nicely said, “Sure, sit where you want”.  So I moved to the table behind us.  Immediately, the runner came over and said there was a gentleman in that spot already so I had to move over to another table.  It turned out that the runner lied because a few minutes later, a couple arrived and sat in that exact same spot that I originally wanted to sit in.  Why would the runner do this?  The girl on the reservation line clearly told us that seats were on a first come first serve basis so the runner, first of all, shouldn’t be really leading us to a table, and second of all, shouldn’t be holding seats for ‘invisible’/non-existent guests.  That, although a small detail, really irked us because we felt like we were being put on the spot to be seated at the front row where the comedian could point us out for jokes. 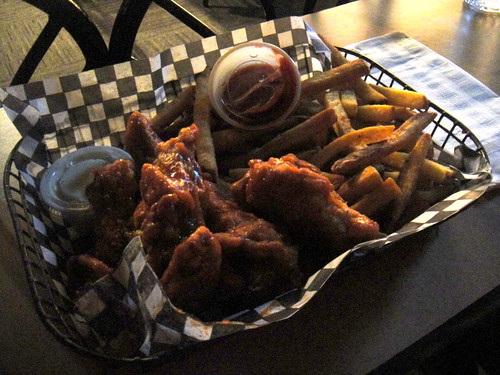 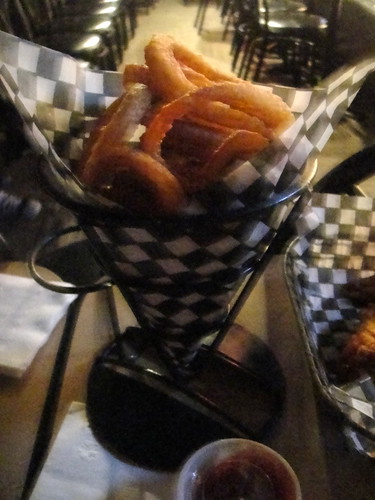 The host that night was a female who was excessively vulgar and way-over-the-top intense.  I understand that these Yuk Yuk shows are not rated or contained in terms of subject matter, but I actually felt uncomfortable in my seat with the way she was shouting vulgar topics from the stage.  Also, I am so glad that we moved to a seat further away from the stage because she and a couple of other stand-ups that night used the people sitting in the front as bait for their jokes.  Ugh.  Seriously, from a service point of view, if a customer clearly requests to move from the front seat to another seat, the runner shouldn’t try to persuade the customer to stay; the customer should be able to sit where they want.  First come first serve, remember? >=(

The headliner wasn’t that great and only two of the handful of stand-ups that went up that night were good.  The humour wasn’t always relatable to my own and I found it very uncomfortable when two loud and obviously drunk guys were laughing behind us in a creepy way.  I felt unsafe and threatened.  I never knew that Yuk Yuk’s was such a low humour and grungy place.  Ugh.  Probably not going to another show any time soon.

Also, there were no carrot or celery sticks in our basket of wings even though the menu said that there would be!  Rip-off.