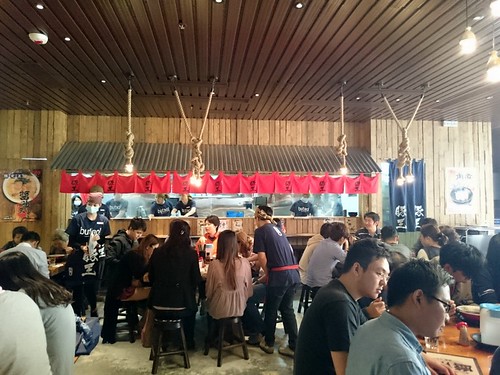 For noontime lunch on a Friday, we headed to another one of Jennifer’s recommendations: Butao.  It’s a Japanese ramen restaurant that has chains located all around Hong Kong.  I knew it was a ramen shop but other than that, didn’t know what to expect of the place.

When we got there to the Sha Tin New Town Plaza location of it, we were led to a 12-person square table where there were already some customers eating.  It’s the norm in Hong Kong to share tables just like that day at Rice Noodles.  For these times, to avoid awkward eye contact, I suggest just not looking up from your meal. 😉 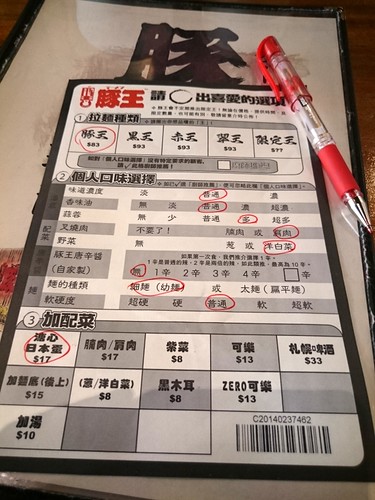 The menu wasn’t large and after picking the soup and type of ramen you wanted, you could clarify on the little piece of order sheet about what thinness/thickness of the ramen you wanted, the richness of the soup, which part of the pork – back or belly, and more.  There was a ‘mystery’ bowl where you could let the chef decide your choices for you.  They apparently only have 300 bowls of this available each day and when they’re sold out, there is no more.

We ordered an Original Butao Ramen and a ‘whatever the chef decides’ Ramen plus a tempered egg.  Yum!! 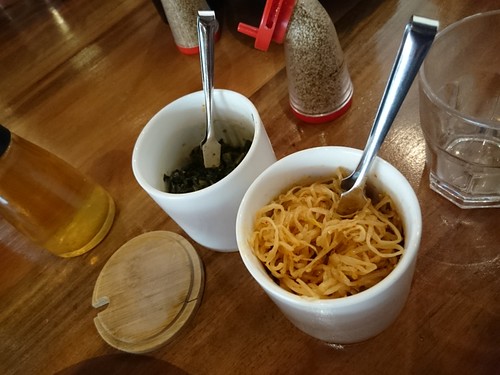 banchan-like ingredients to supplement the ramen 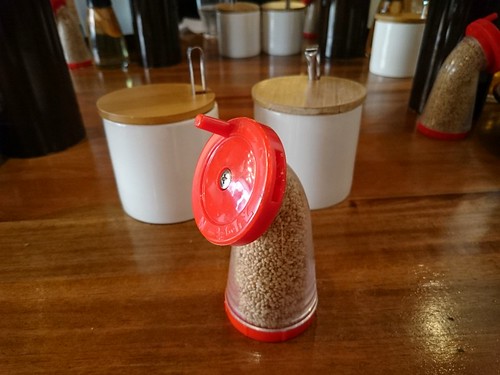 There were small containers on the table that you could open to put more flavouring and condiments into your ramen.  Two of them resembled Korean banchan (preserved bean sprouts and green veggie) that were both very spicy and a container with a curve in it where when you turned its handle, it grinded sesame seeds.  It smelled so good!

Before long, our ramens arrived.  They both looked relatively the same.  The one ‘that the chef chose’ had a much richer and somewhat saltier soup base.  The Original soup base was also creamy but more ‘light’.  I like the ramen noodles — we tried both types, the thinner one and ‘flat’ one. 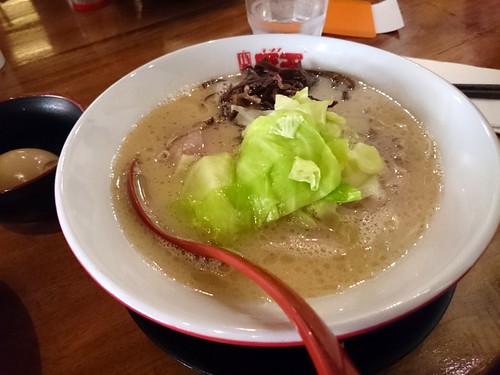 I also ordered a tempered egg because I wanted to try how they prepared theirs.  It came in a little bowl at first. 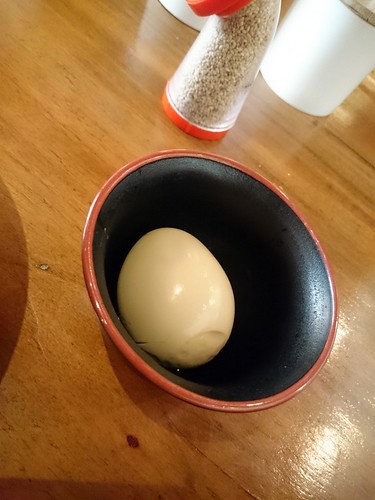 Then I put it into my spoon and started nibbling at it so that the raw yolk inside wouldn’t explode all over the place.  The egg was so soft!!  It was very gooey inside and was very delicious. 🙂 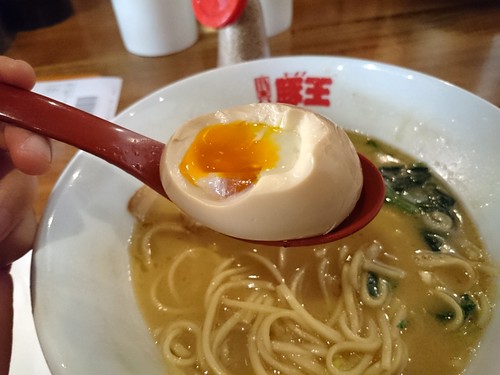 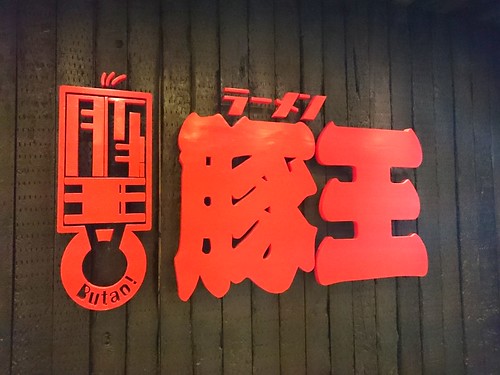 All in all, this was a nice restaurant to dine at for lunch.  However, the ramen was a little pricier than most places and not a place you would hit up all the time.  However, there were so many people waiting in line for a table after we were seated that this is a really popular place.  Thanks for recommending this to me, Jennifer! 🙂