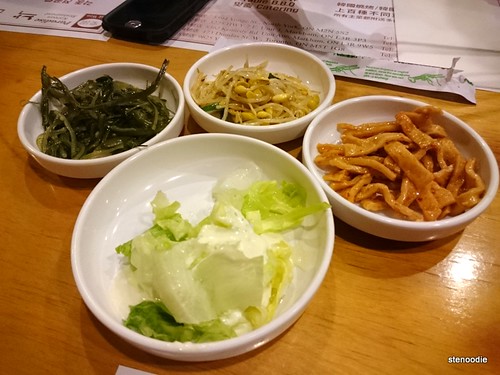 I’ve been to this Korean restaurant before.  It’s one that most people have heard of and know and love.  A big group of us came to Nak Won Korean Restaurant after our super spectacular meetings for a late dinner.

Let me just speak about the dish that I ordered:  short ribs with rice in a hot stone pot.

I haven’t ever had short ribs in sauce in hot stone pot before.  Usually these Korean short ribs are grilled dry.  This dish came with chunky sauce and a bowl of rice.  It was steaming hot and very tasty! 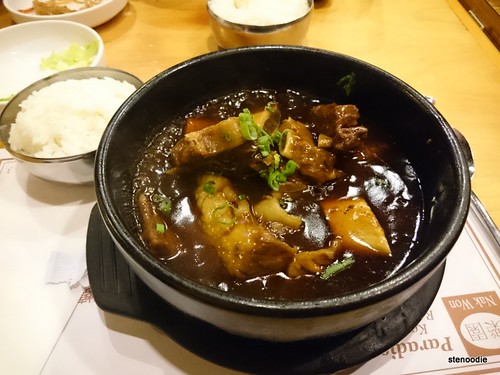 The sauce superseded the number of short ribs that were actually in the pot actually which would have been more preferable if it was the other way around.  Either way, this was a lovely choice.

My tablemates around me ordered lots of food including pork bone soup and cold bibimbap (that’s new to me!). 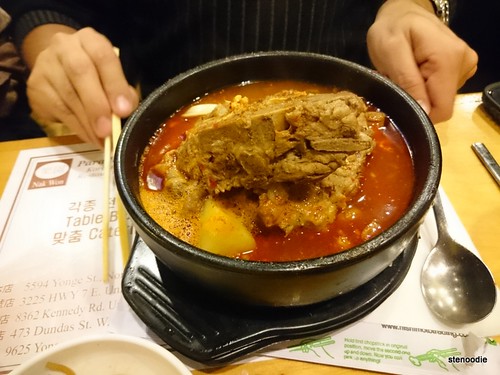 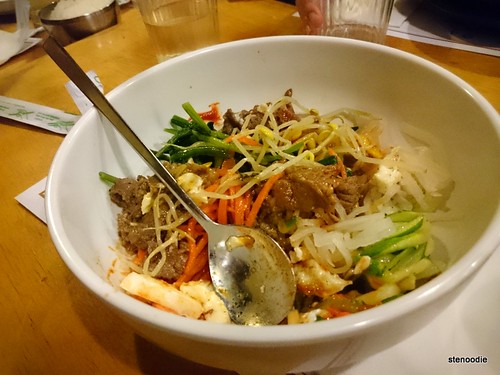 Also, here’s our more of the banchans we received: 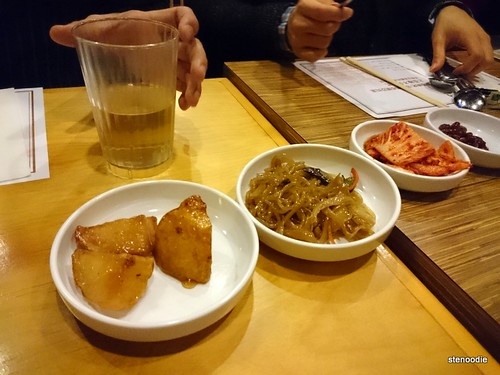 After coming back from a trip to South Korea and having kimchi every day, the kimchi in Toronto sure tastes different!  (Read: not as good) :p