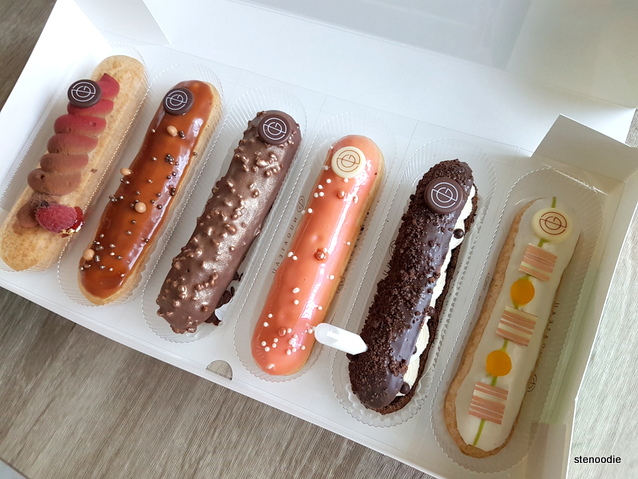 May 15, 2017:  Back in May, I had won a contest from @feedmetoronto on Instagram for a prize of six éclairs from Nügateau.  I had never had a proper éclair before (not even when I was in Paris, France! :O) so when I was picked to win this prize, I was very excited to try these decadent éclairs from Toronto’s only all-éclair bakery.

Nügateau was located on Queen Street West and I headed there after a half day job at work.  There was no one else in this bakery when I arrived.  They had a beautiful counter set up with all of their éclairs.  There were éclairs of different colours, flavour, and designs.  It was hard to pick just six but I did it. 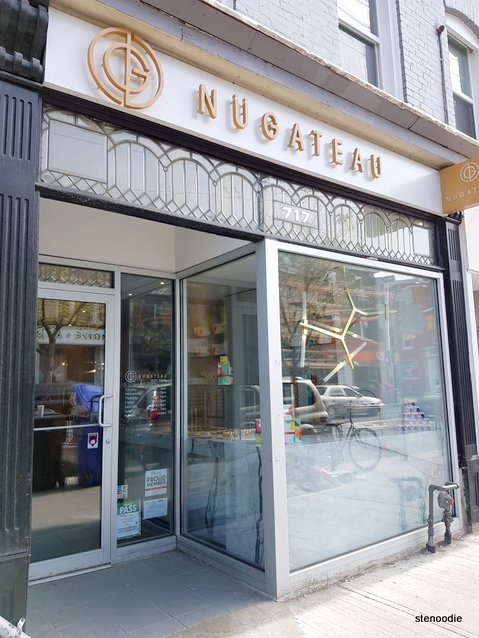 They had a few tables inside for dine-in 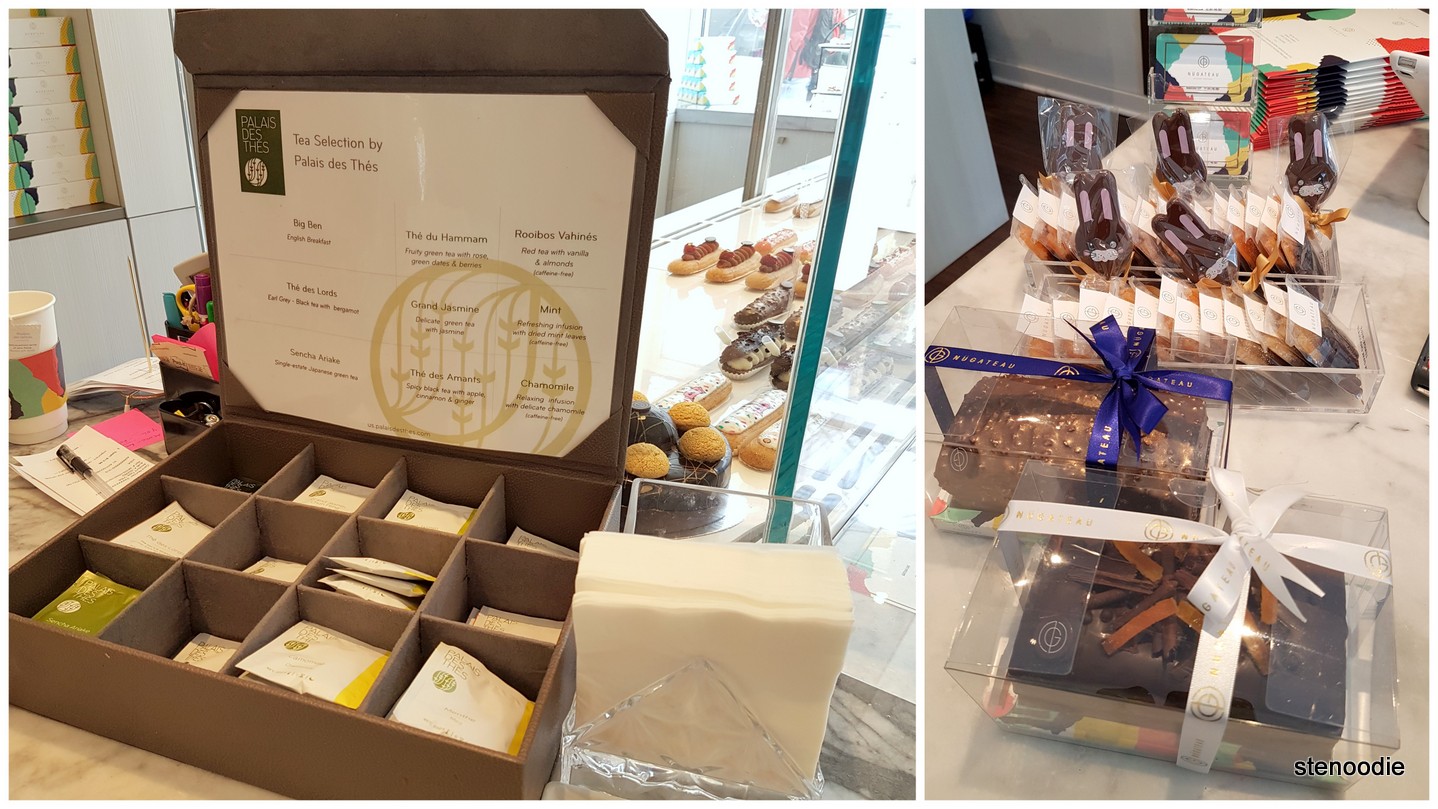 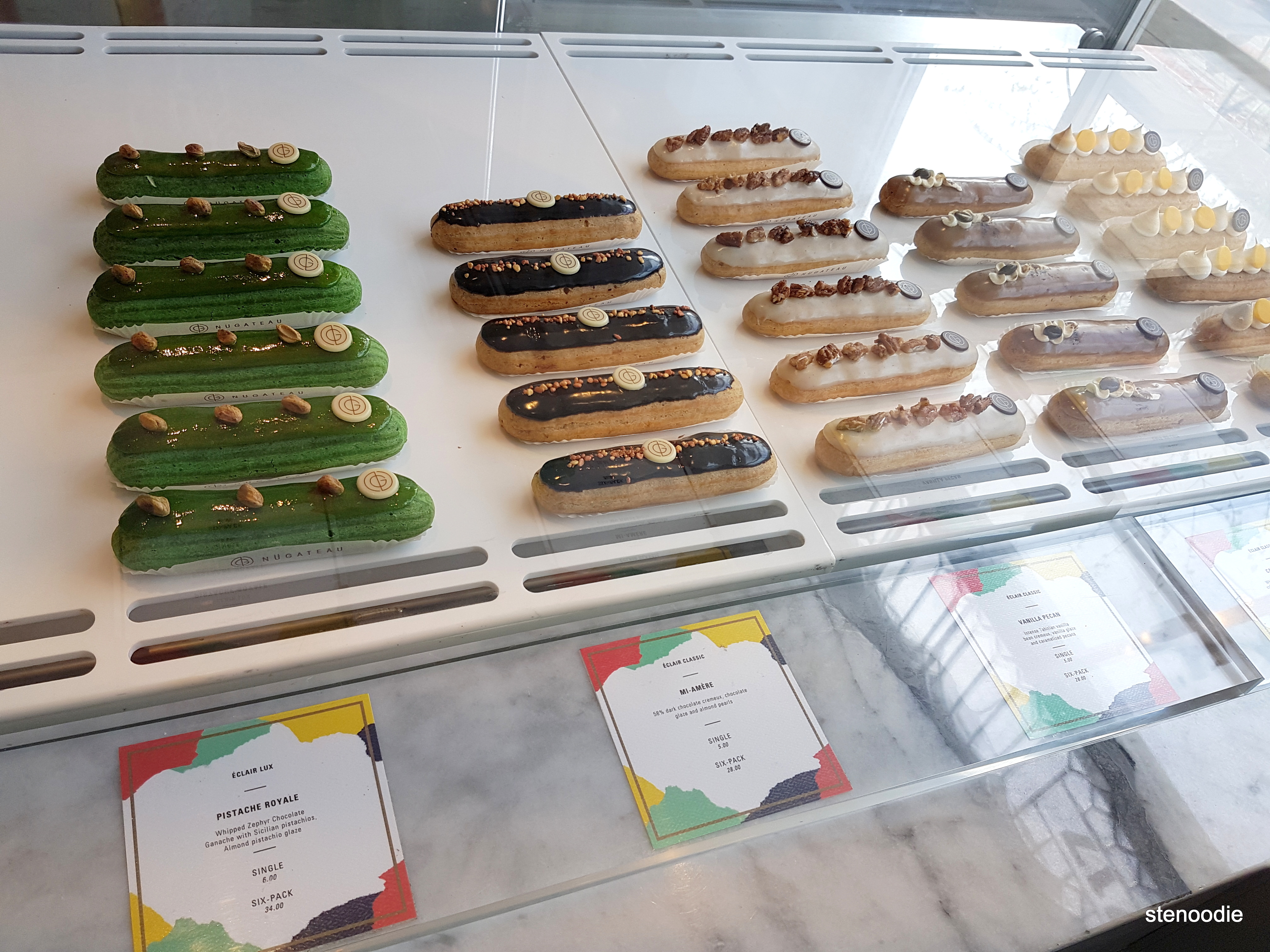 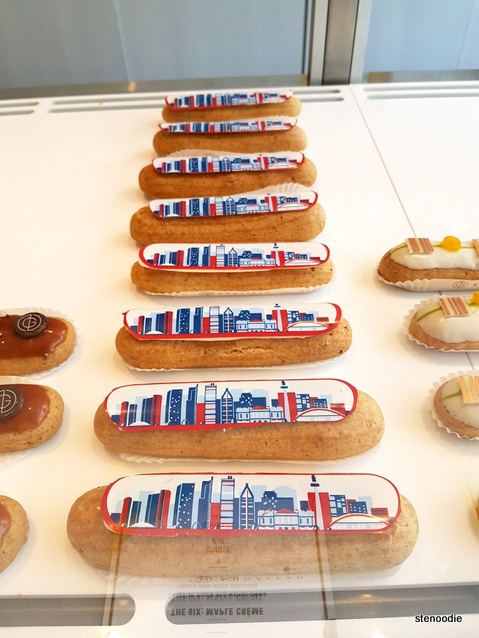 This is the “Red Rocket”, an eclair celebrating Toronto’s iconic streetcars

The next couple of days, I enjoyed the six éclairs with my mom at home.  I liked the box that the éclairs came in. 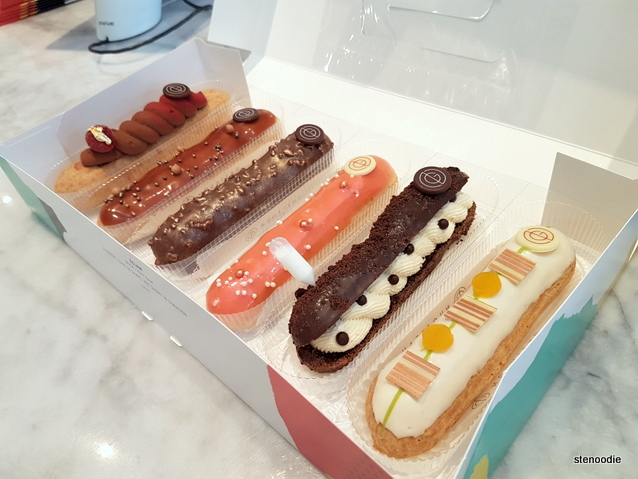 The six eclairs that I won from the contest!

The Juliet: Raspberry Chocolate Truffle éclair was made with Tanzania single origin 75% dark chocolate cremeux with raspberry compote.  This was really good! 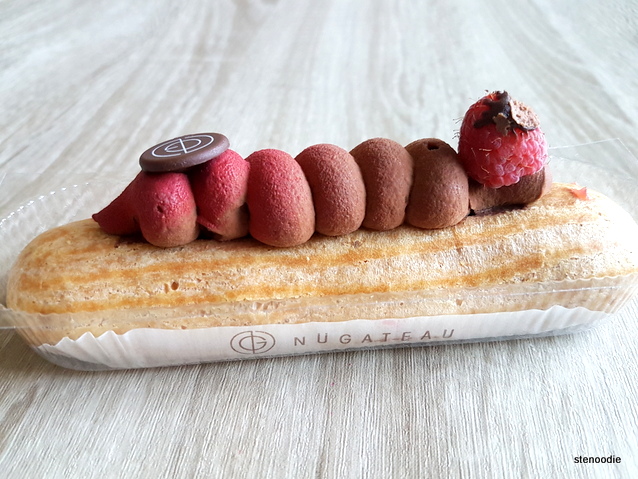 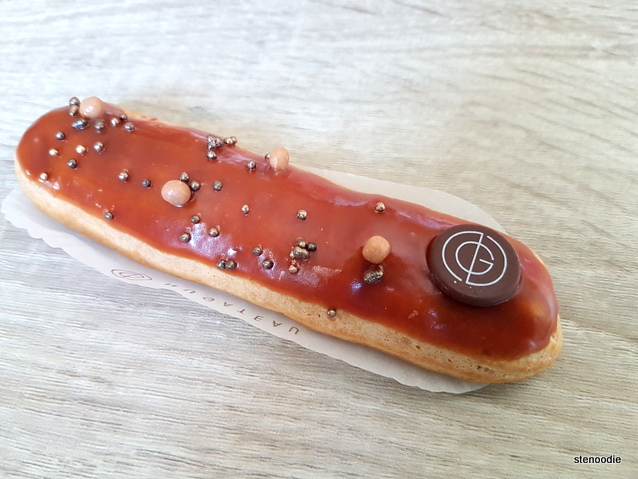 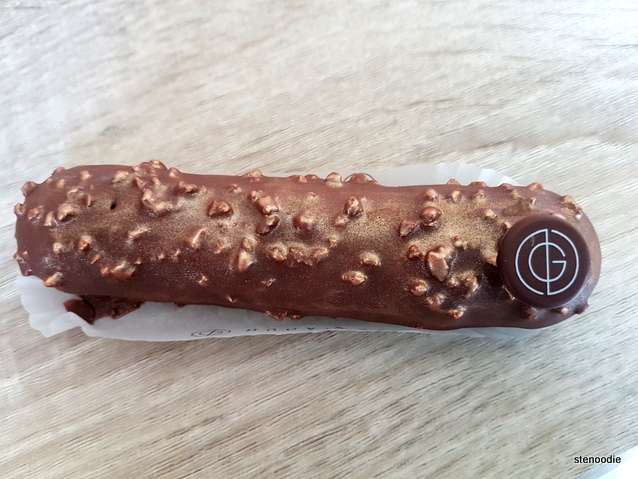 The Pink Guava éclair had white chocolate and pink guava cremeux, guava glaze, and chocolate pearls.  This éclair really had a good guava flavour to it!  It was the less sweet out of the bunch. 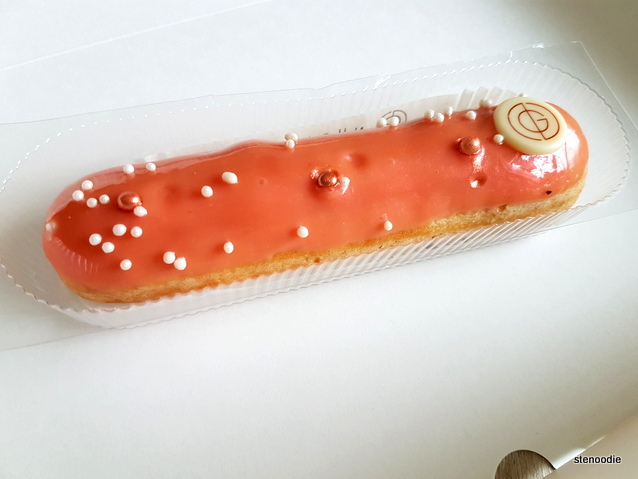 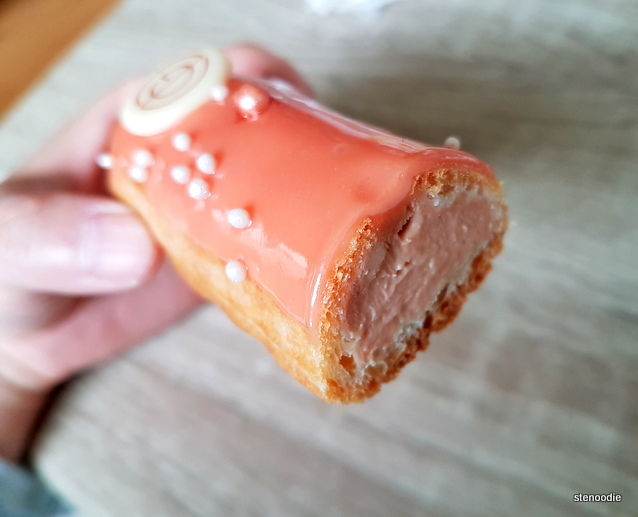 The inside of a Pink Guava eclair

The Cookies & Milk éclair was a chocolate eclair encrusted in chocolate Sablé crumble sandwiched in between with rich Opalys cream, chocolate pearls, and a shot of milk.  This was really decadent but tasted so good.  The shot of milk was such a fun extra too! 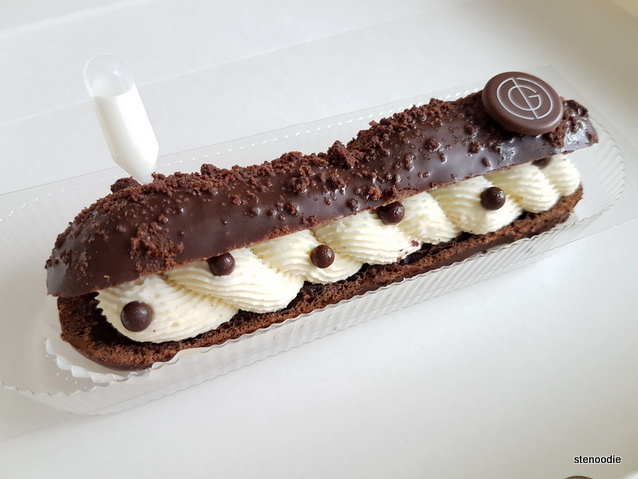 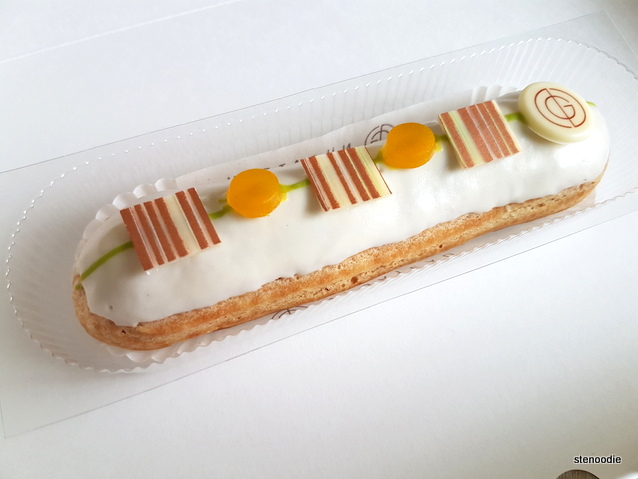 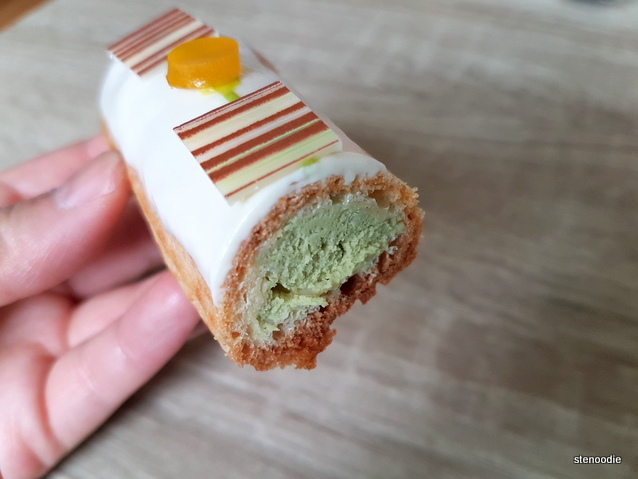 The inside of a Matcha Yuzu eclair

I liked all of the éclairs.  I liked how they weren’t too sweet either.  For about $6 for one or $34 for a six-pack for a small pastry, it was justified by the high quality of ingredients and effort put into making each one.  It was definitely delicious and made to taste great.  I’m really glad that I got to try this for free!  I honestly wouldn’t have bought so many if it wasn’t for this contest that I participated in.

Thank you again to @feedmetoronto for hosting the contest and Nügateau for providing the delicious éclairs! ❤ 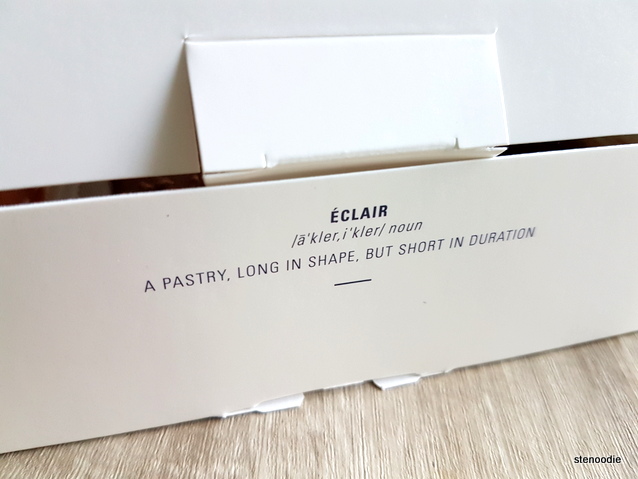 Long in shape but short in duration 😛 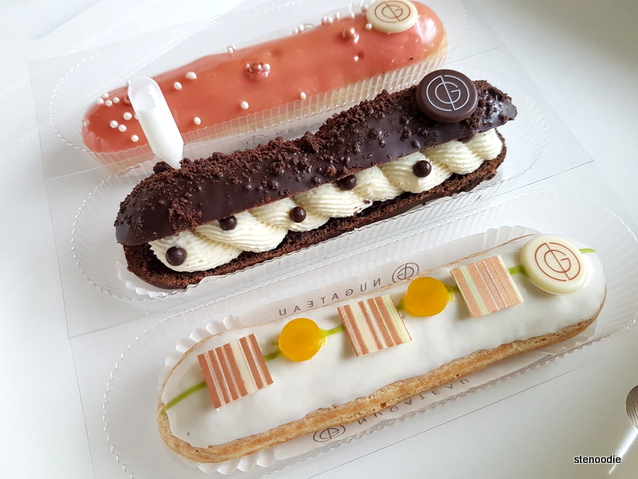 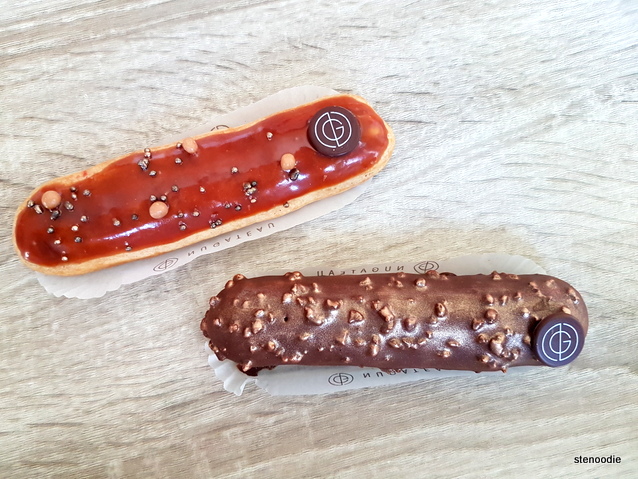 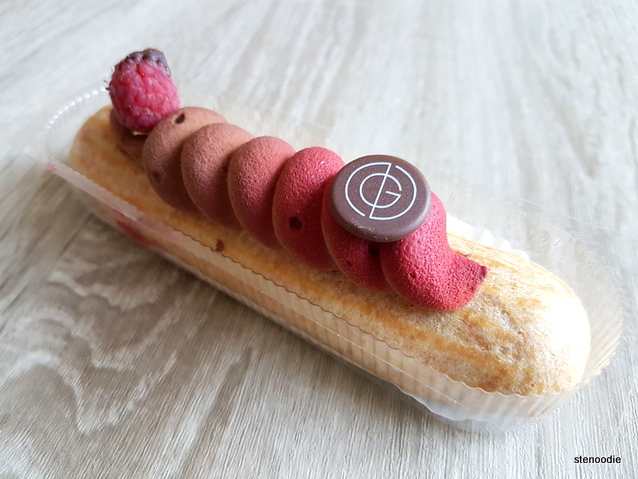 FTC Disclaimer:  Although Nügateau provided the product free of charge via winning an online contest, the opinions expressed here represent my own and not those of the contest holder or company.

2 Responses to Éclairs from NÜGATEAU