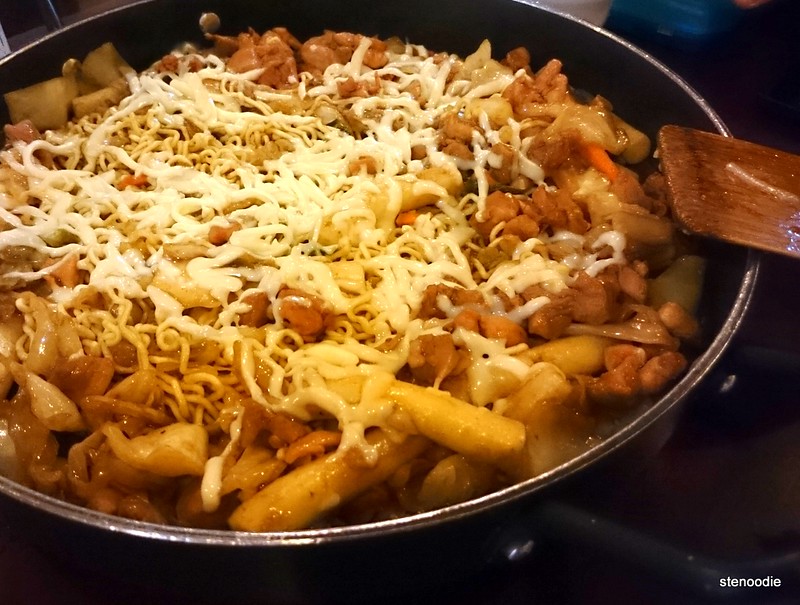 Two weeks ago, we met up on a sunny Wednesday afternoon for lunch around the North York area at Sheppard and Yonge with Clarissa, Ronny, and Jason.  It was a really nice day and one of the last overly warm days of September in 2015.

We parked at Clarissa’s place and we walked out to get some lunch since we all either didn’t have work or were going to be working from home.  The luxuries of being entrepreneurs!

This was when I was starting to feel a bit sick with a sore throat and a headache so I wanted something Asian for lunch which meant something soupy and hot.  We went to Joons Restaurant for Korean food! 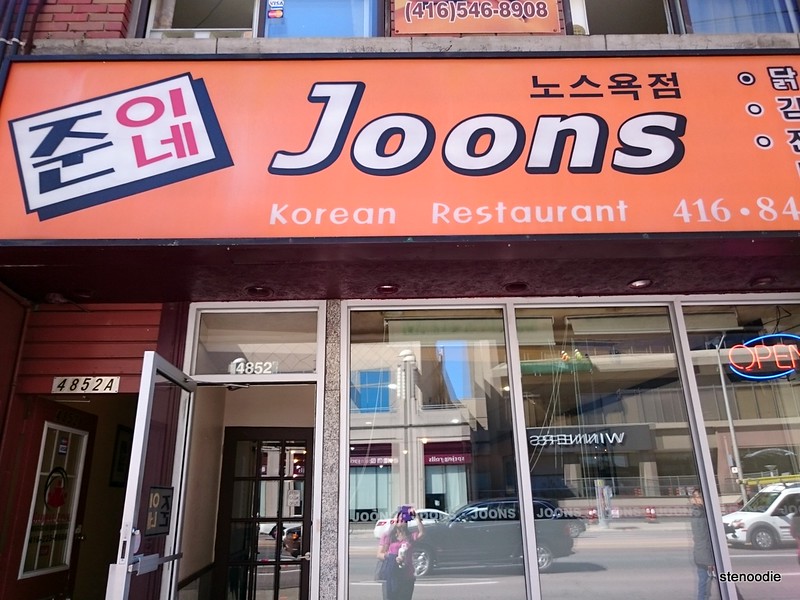 There is a downtown Joons and an uptown Joons Restaurant! 🙂 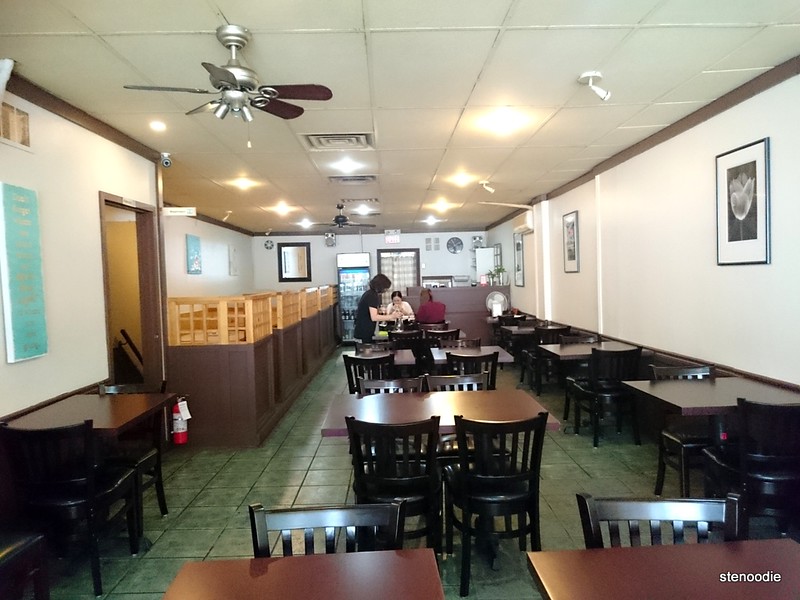 We were one of three tables there that day for lunch

I already knew I wanted something bland-ish and soupy so I chose the seafood udon.  Jason and Ronny chose something I would have really wanted to share — the table top cooking dish, Dak Gal Bee, delicious stir-fried chicken with cheese and ramen.  Mmm, it looked amazing and I remember the first time that I had it at the downtown Joons Restaurant several years ago, I loved it!  Clarissa ordered bibimbap that looked so good too. 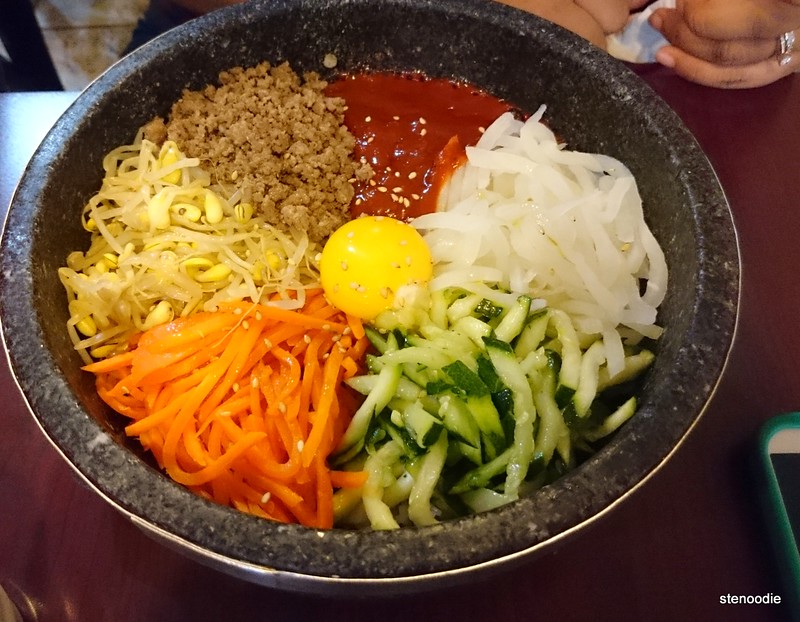 I actually tried a little bit of the Dak Gal Bee and liked it.  It actually wasn’t as cheesy or delicious as I first tried it at the other Joons Restaurant though; probably because this was with the non-teriyaki sauce and not the Joons original spicy sauce. 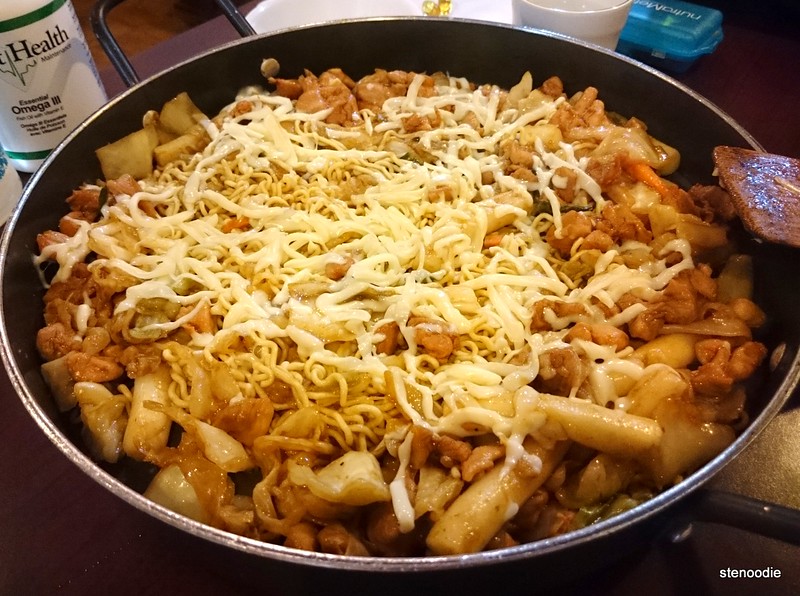 My bowl of seafood udon was actually really good.  The udon texture was perfect and the soup base was solid.  There wasn’t enough seafood in it though. 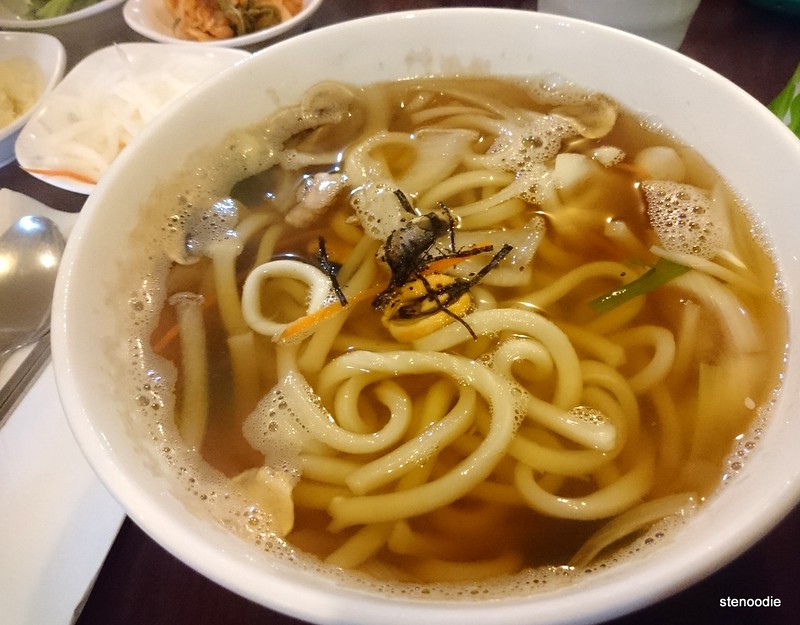 Nevertheless, it was a good lunch and we also had side dishes too.  I’d have to return to this spot to try more varieties. 🙂 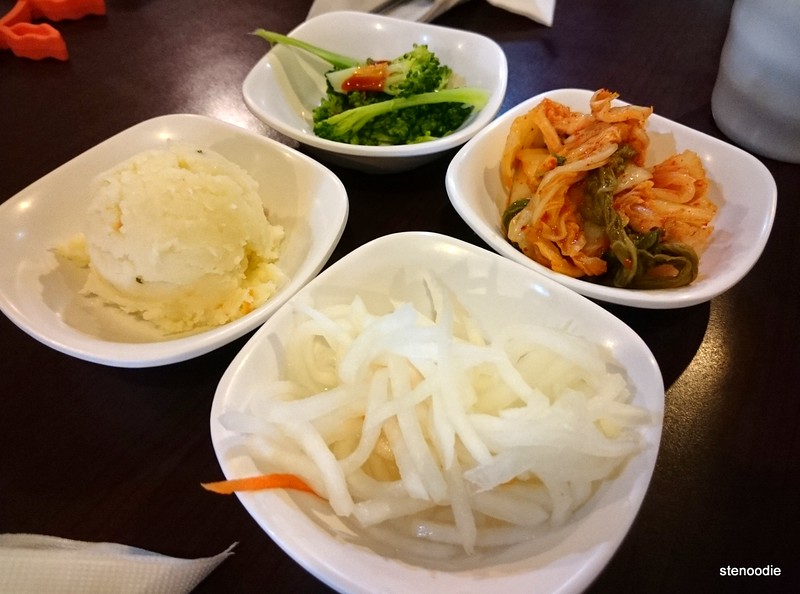 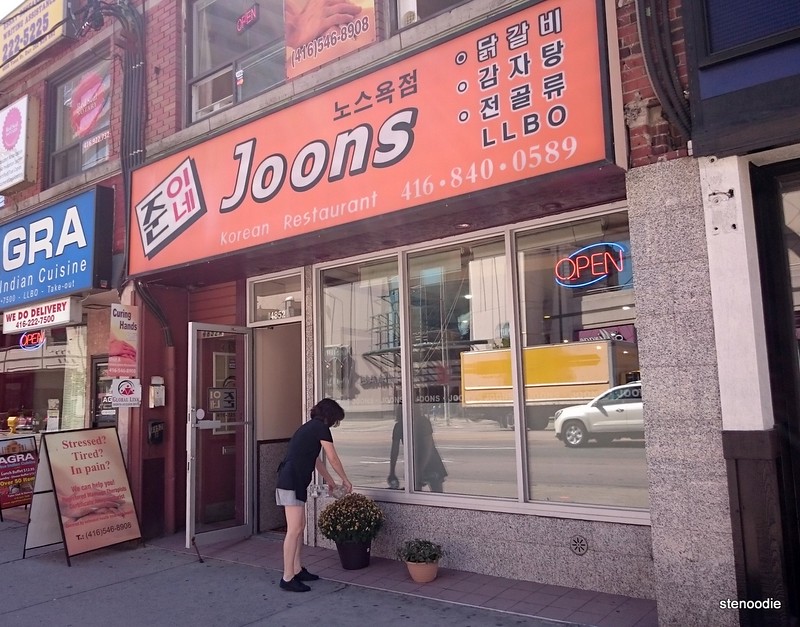