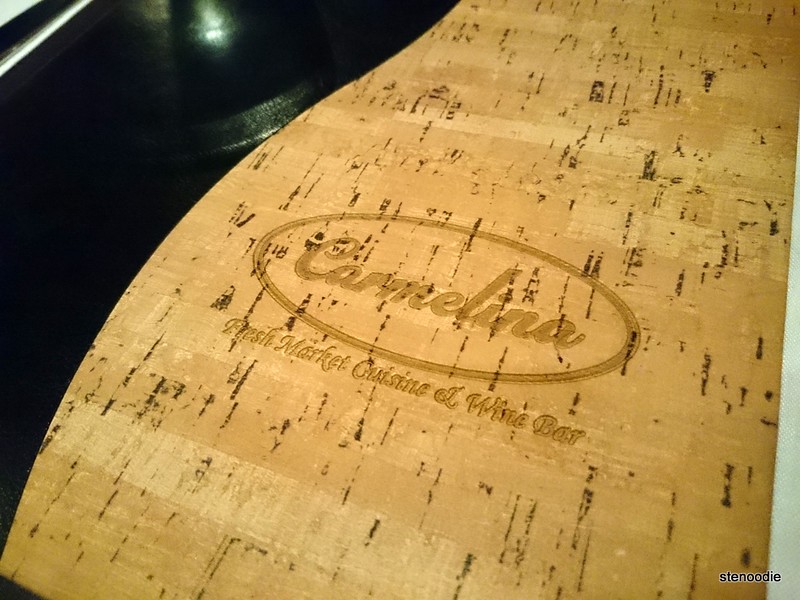 Located at 7501 Woodbine Avenue in Markham

A few weeks ago, we went to Carmelina Restaurant for Angel’s bachelorette dinner party.  Carmelina is a Mediterranean and Italian restaurant that has been in town since 1995 that specializes in seafood.  It’s located right next to Omescape and Gold Mark Chinese Cuisine (previously Fish House) on Woodbine near John in Markham.  We chose this place for Angel’s “final night” of singlehood due to its fancy interior of ancient Roman decor and classy ambiance. 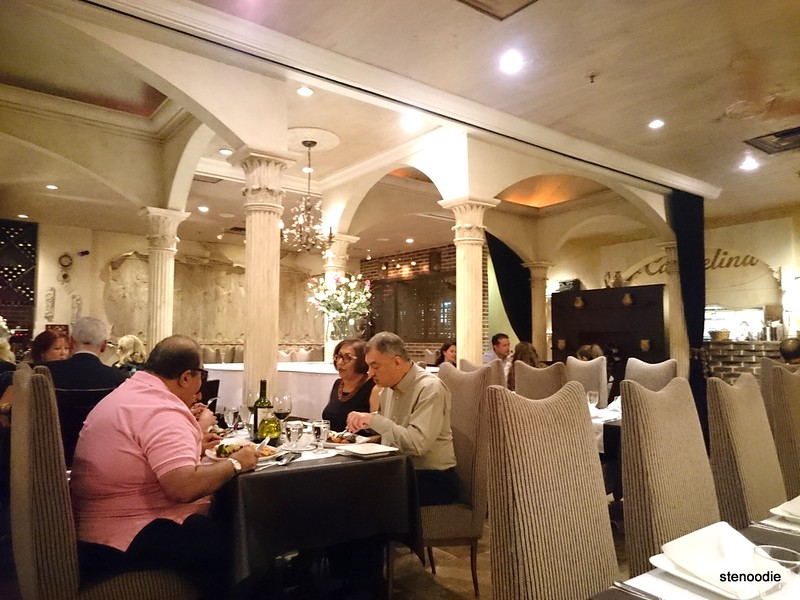 Karwan made a reservation for us for dinner and we were able to get a nice dining table for 6.  The restaurant has live music!  There was a man who played live music and sang for patrons all night long.  It was a really nice place for a fancy dinner celebration! 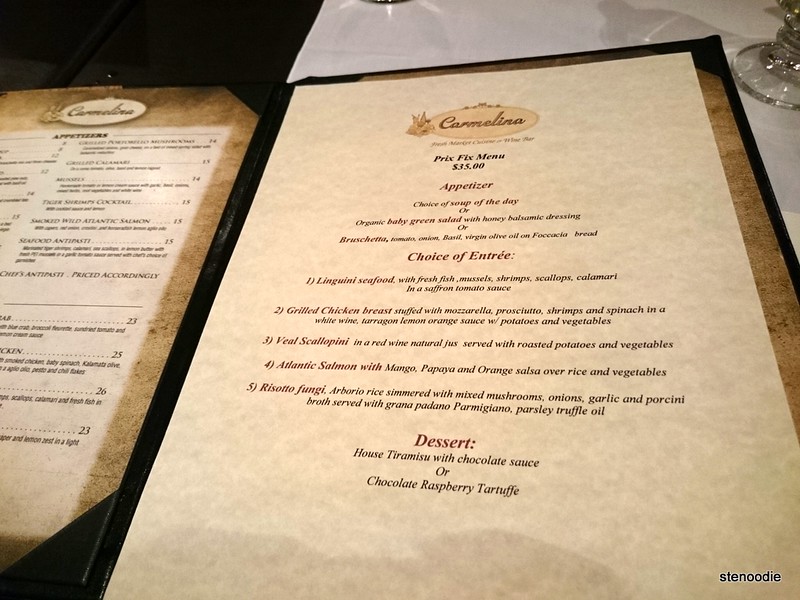 For dinner, Carmelina has a prix fixe dinner menu for $35 which we all participated in.  It was a very good deal for appetizer, main course, and dessert since most of their mains on their regular dinner menu cost around $20-30 already.

After the server took our orders, we had some warm focaccia bread with butter to start.  It was not bad. 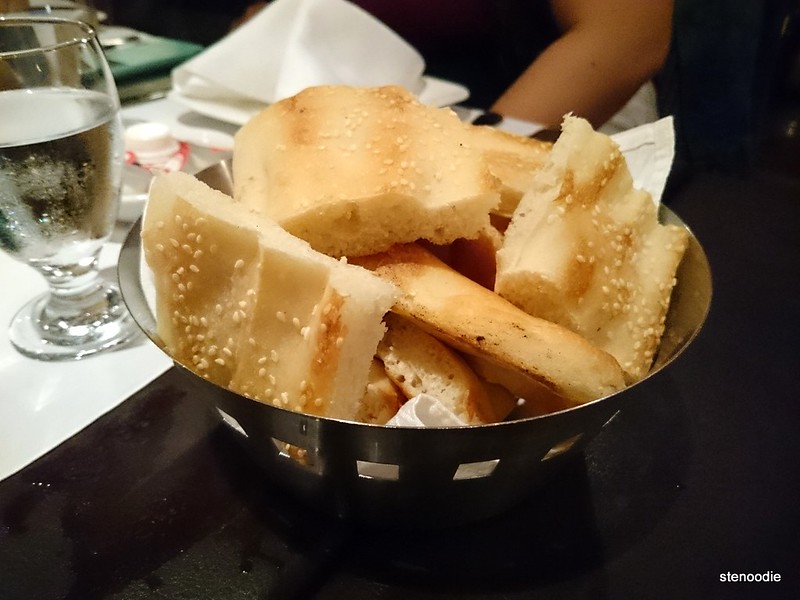 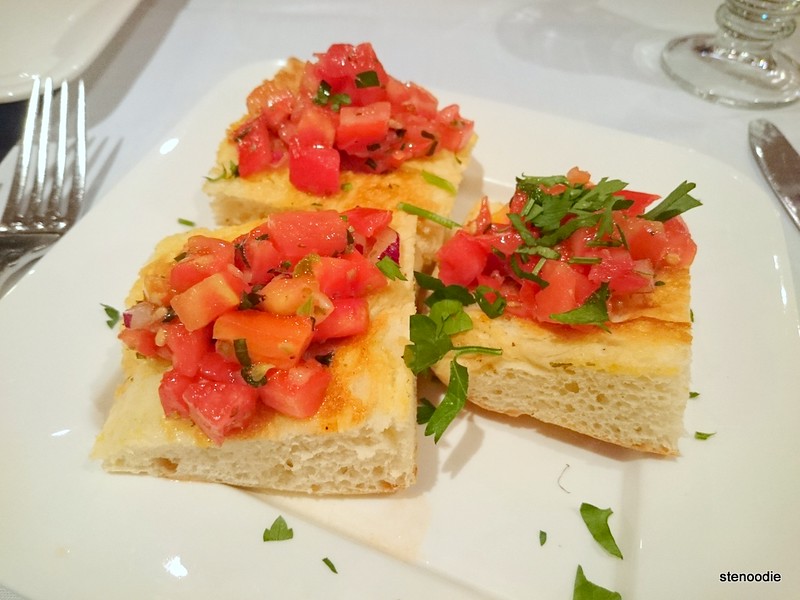 For appetizer, I picked the bruschetta instead of the soup of the day or the salad.  I wanted to see what their bruschetta would be like.  When it arrived, it was surprised with how big the portion was!  There were three pieces of huge bruschetta on the plate and each one was topped with tomato, onion, basil, virgin olive oil on focaccia bread.  It was actually the same focaccia bread that we were served to start.  The first piece was pretty tasty and the ingredients were fresh, but when it got to the second piece, it was starting to regret my choice.  It was too much bread and crabs to start off the meal with.  The salad or the soup of the day (mushroom soup) seemed like a better choice at that point. 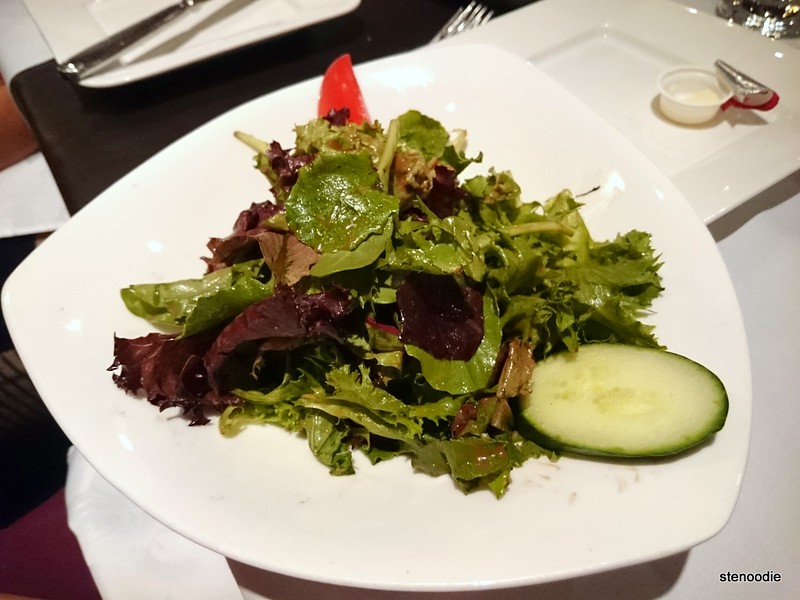 For the main, I picked the Risotto Fungi.  Usually, I would have picked something more substantial like the salmon, seafood linguini, or the veal to try, but since I was recovering from a cold that week, I wanted something mild — also, I love risotto so I wanted to try out theirs! 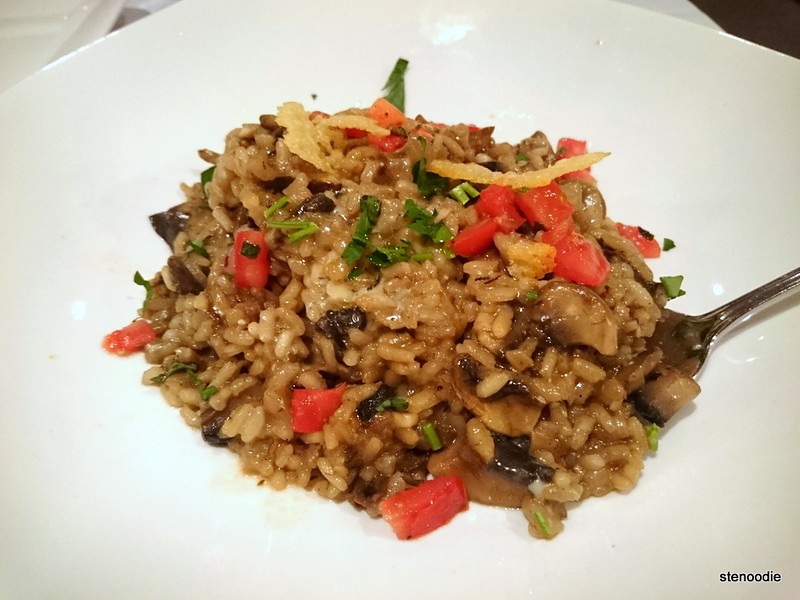 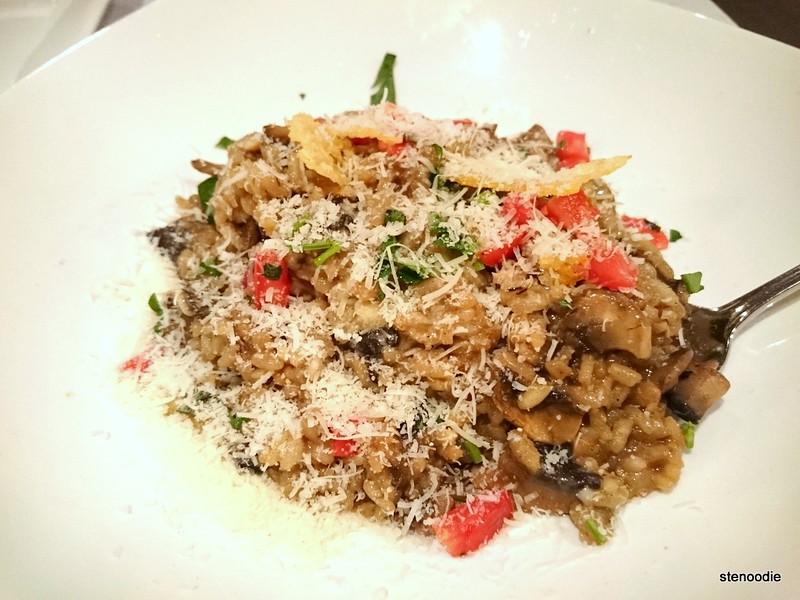 The Risotto Fungi contained Arborio rice simmered with mixed mushrooms, onions, garlic, porcini broth served with grana danano Parmigiano and parsley truffle oil.  It smelled delicious and the portion was actually much bigger than what the picture shows.  I really liked the mushrooms as they were soft and juicy.  The risotto was really good too and the cheese just made it even better.  However, because my appetizer was so carby and large, I didn’t finish all of this dish and took the rest of it home to enjoy.  In fact, almost everyone from our table ended up packing their main dishes home to enjoy because the portions were just so big.  The pictures really don’t do it justice here.

For dessert, I had the House Tiramisu with Chocolate Sauce.  The presentation of this dessert actually didn’t look THAT great; it was like a mash of brown cream and cake.  Sorry lol.  However, it tasted pretty good. 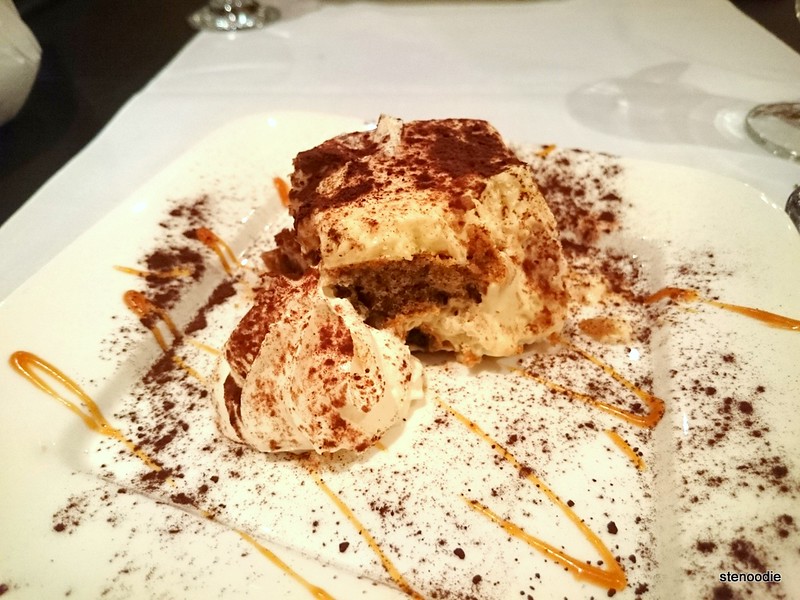 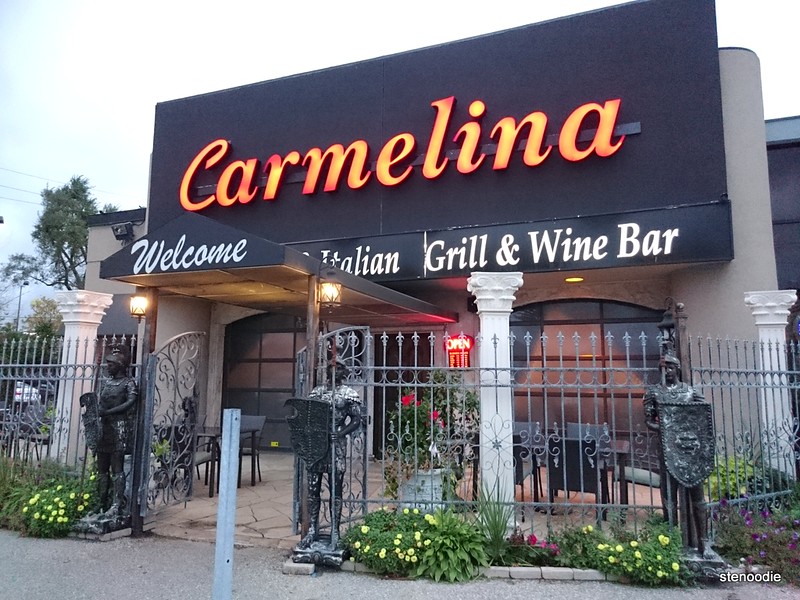 All in all, it was a great place to have a fancy dinner and I really liked the live music aspect of the restaurant.  In the future, I might come back and try their other dishes, especially their seafood ones since that is what they are known for.  Their service was pretty good too.  However, I found it interesting that they really didn’t have that many customers on a Saturday night.  Hmm, how come?

Have you been here before?  What did you think of their food and service? 🙂 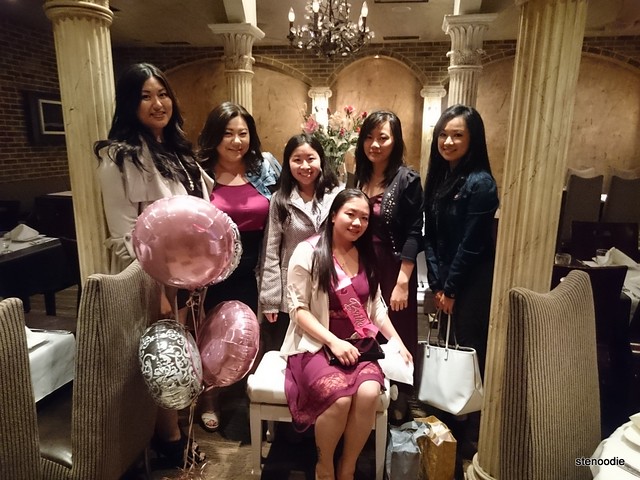