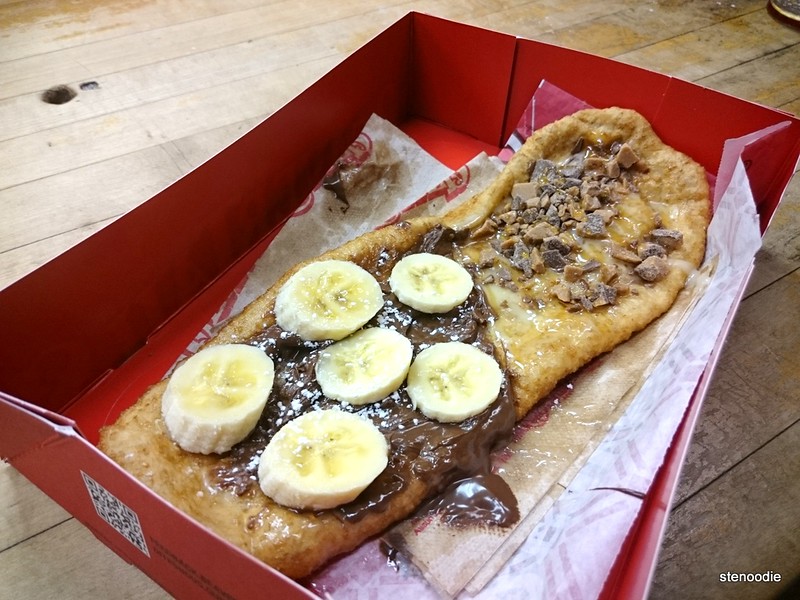 BeaverTails located at ByWard Market at 69 George Street in Ottawa

As we were on our way heading home from Mont Tremblant on our weekend away to learn and bond with the team, we swung by the country’s capital Ottawa for some well-known BeaverTails.  The last time I was in Ottawa was actually five years ago (we were in this exact location too)!  In this photo, you can see the photo challenge where I chose the ByWard Market as a subject to photograph the beautiful summer fruit markets in summer of 2010.  However, on that road trip, we actually didn’t eat any BeaverTails.

The very first time I had BeaverTails was also in 2010 when me and two friends went to CNE.  I had a yummy Banana Chocolate BeaverTail.  Since then, I’ve also had one at Blue Mountain and most recently at the Sweetery Food Festival.  BeaverTails are a Canadian invention where they stretch the dough so that it resembles the shape of a beaver’s tail and you can choose the type of toppings that you want on it.  It is a sugary treat that is delicious and distinctly Canadian.  Yum!  I was pretty excited that we were going to be visiting the original store in Ottawa where these sweet doughy treats were born from. 🙂 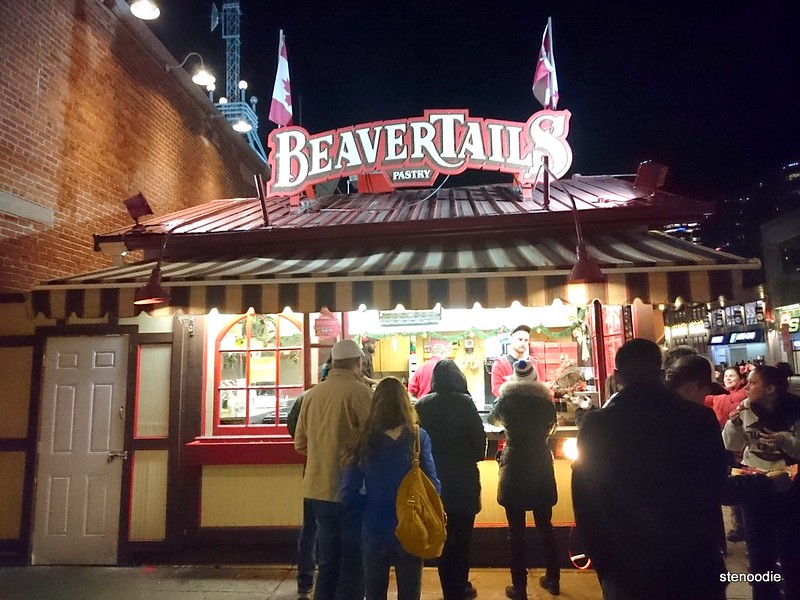 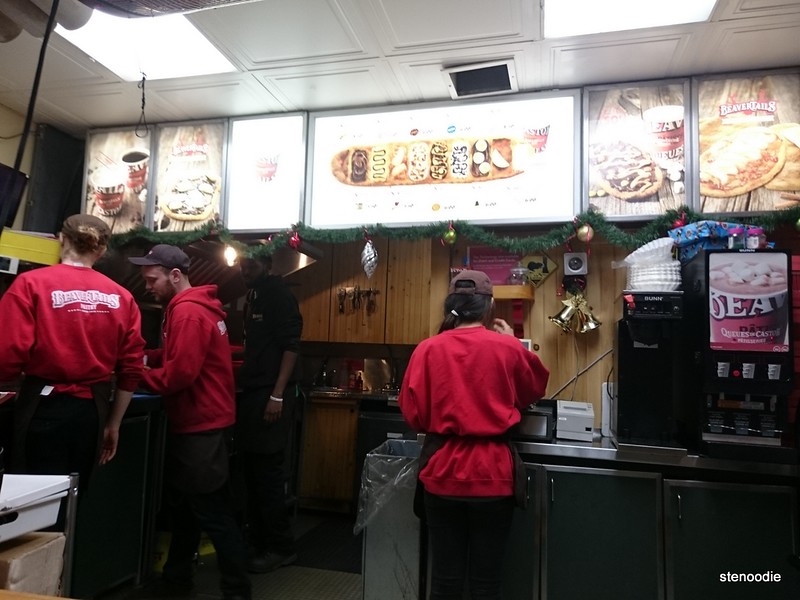 Look at all those flavours! 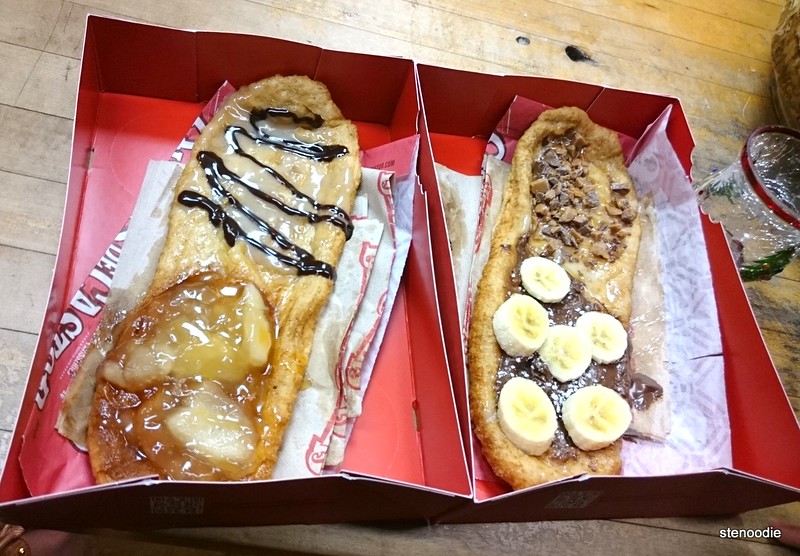 Beautiful!! They actually do look like a beaver’s tail haha

At first, we only ordered two BeaverTails (four toppings: Banana Chocolate & Avalanche and Maple Butter & Apple Cinnamon).  It was so delicious!  I liked how they served us the BeaverTails in a big cardboard box.  There are no seats at BeaverTails, so it is a stand-and-eat kind of snack.  They do have convenient table tops for you to stand around and eat, however. 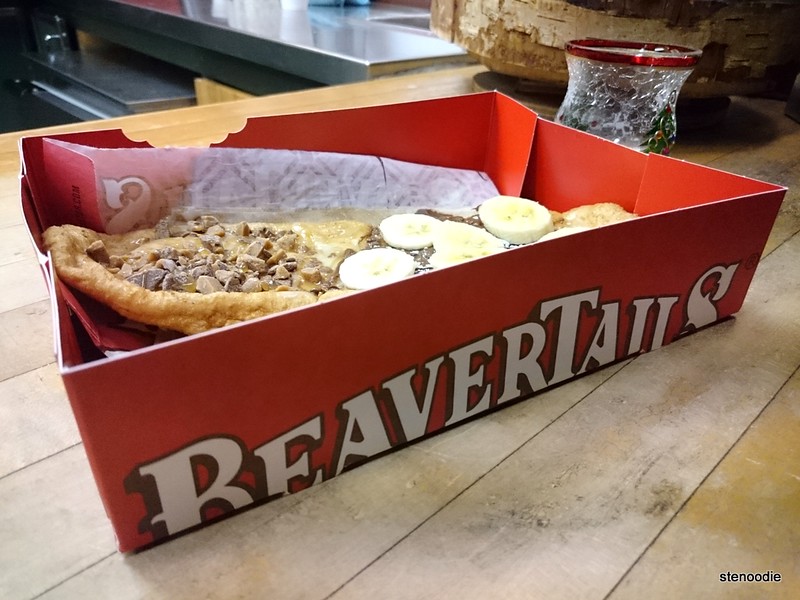 Thank you for giving this to us in a box! 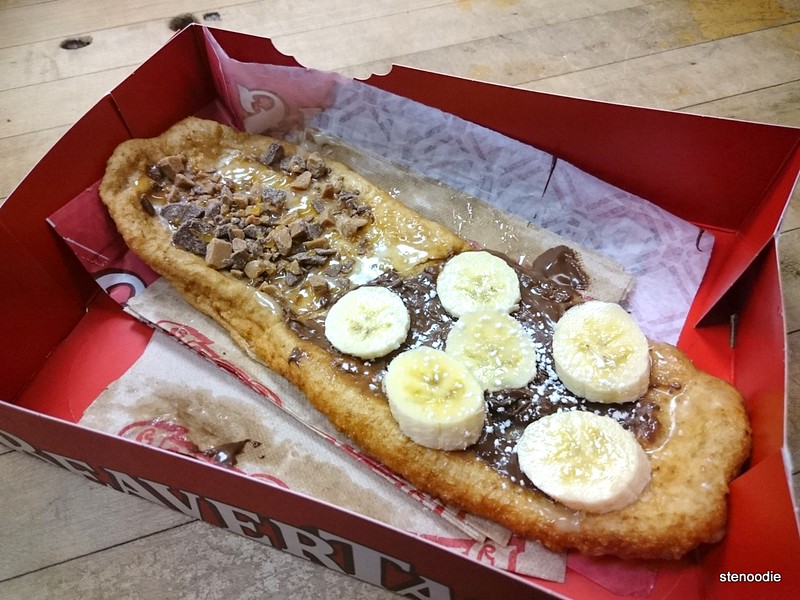 The Banana Chocolate was covered in sliced bananas over a chocolate hazelnut spread.  This one was delicious with the fresh and soft bananas on top of the chocolatey goodness.  Yum!

The Avalanche contained Skor cheesecake.  (I wonder why it is named the “Avalanche”?)  For this one, I find that I couldn’t really taste much of the cheesecake part on top of the BeaverTail, but the crunchy and pointy Skor pieces were definitely noticeable.  This one wasn’t too, too amazing, I thought. 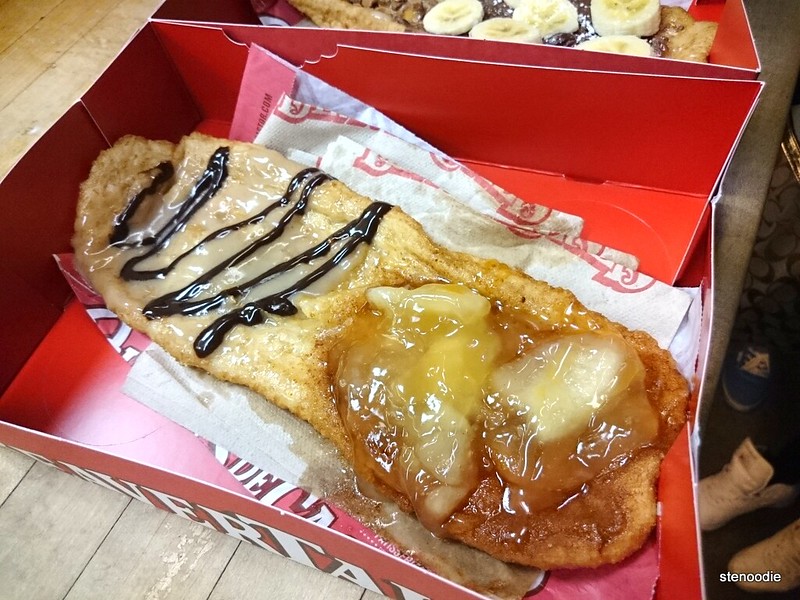 Oh yum, the Maple Butter was so delicious!  It was a maple flavoured spread that went so well with the dough of the BeaverTail.  It was so good!!  It was something with the maple topping that made it so tasty. :9

I loved the Apple Cinnamon one too!  There were huge slices of apple on top of it that reminded me of the soft and warm apples that are in apple pies.  This was one also a favourite! 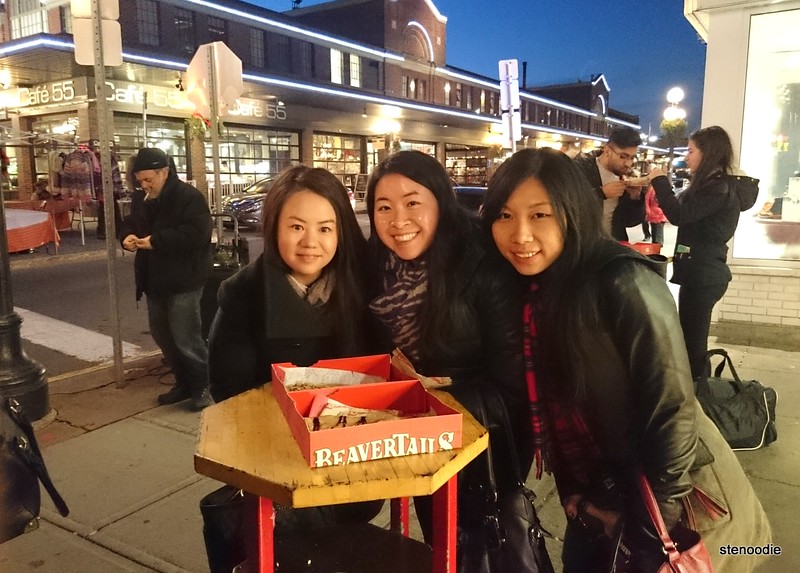 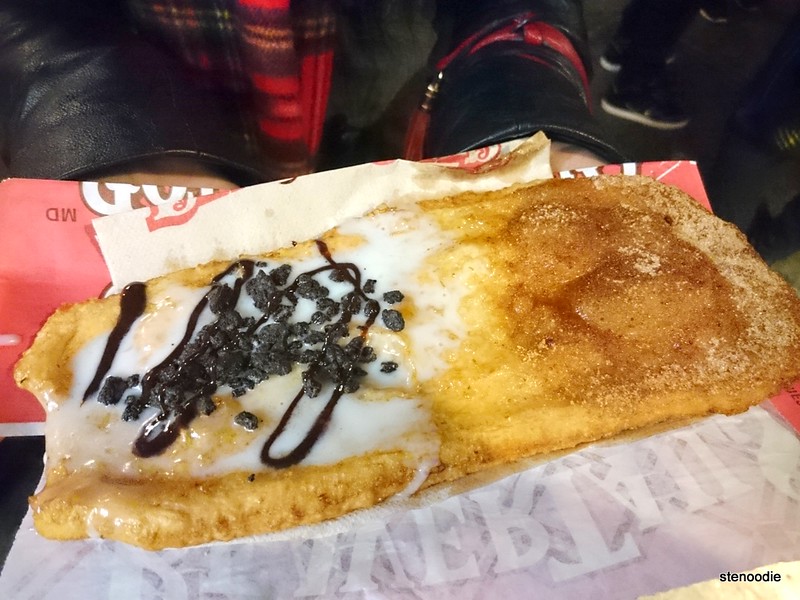 When we went back the second time around for more BeaverTail (I was so grateful to be eating with foodies!), we ordered the Coco Vanil and Cinnamon & Sugar.  The Cinnamon & Sugar is their “original” flavour with a dusting of cinnamon and sugar.  It is their classic!  Since it doesn’t contain anything other than the cinnamon and sugar, you can really taste the BeaverTail traditional classic taste. 🙂

The Coco Vanil contained cookies and vanilla icing (Oreo cookies!).  This one wasn’t too memorable either for some reason. 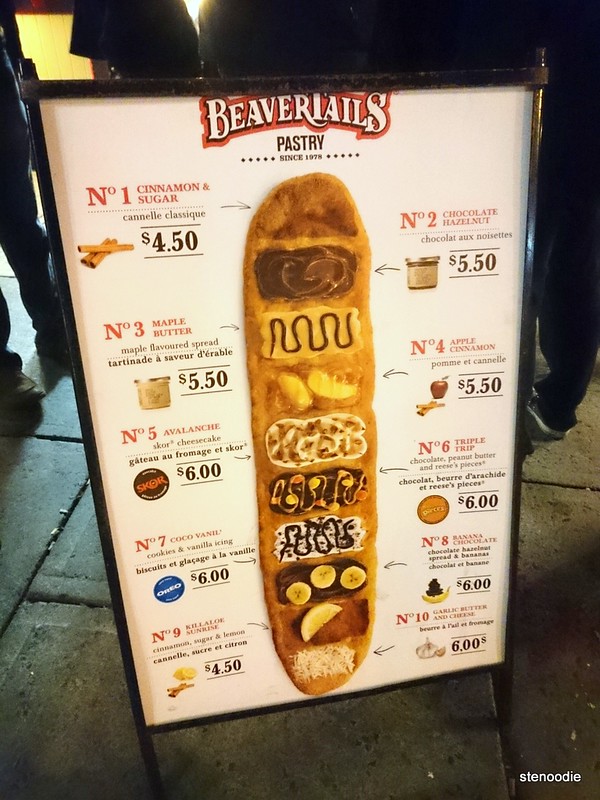 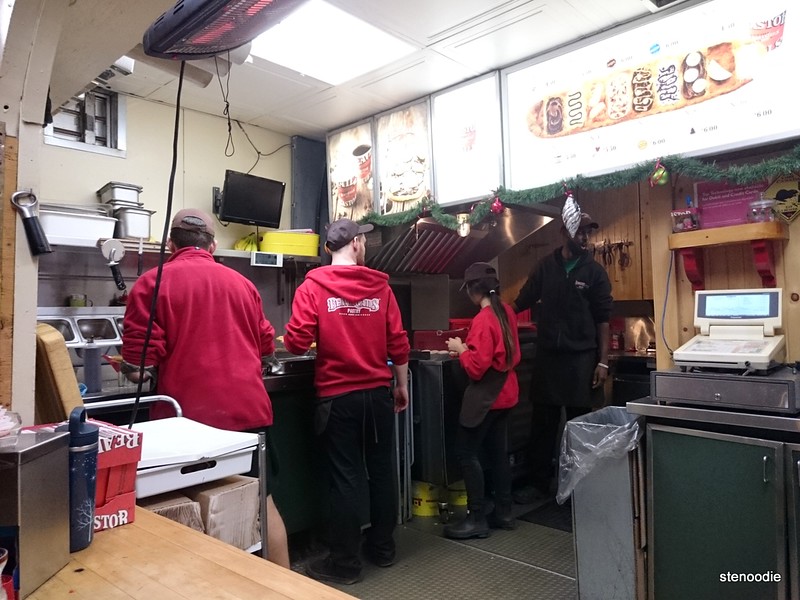 They are super efficient! Only a few seconds after placing the order, our BeaverTail pastry was ready!

Again, I was so thankful that we got to try six flavours out of the possible ten that were available (YAY!).  Haha, so we essentially tried 60% of the BeaverTails menu already. 😛  I’d still want to try their other flavours, like their savory one, the Garlic Butter & Cheese which sounds delish!  Come to think of it, I’ve tried their Killaloe Sunrise (cinnamon, sugar, lemon) before (at Sweetery), which means that I only have to try their garlic one, Triple Trip (chocolate, peanut butter, Reese’s pieces), and Chocolate Hazelnut.  I’m so lucky. 🙂 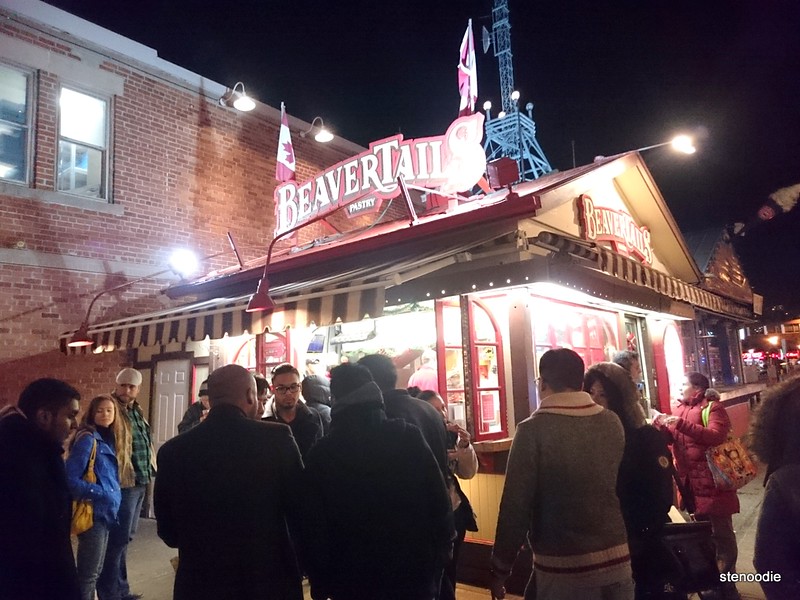 Have you tried BeaverTails before?  Do you like them?!  Leave your comments below!

6 Responses to BeaverTails in Ottawa!