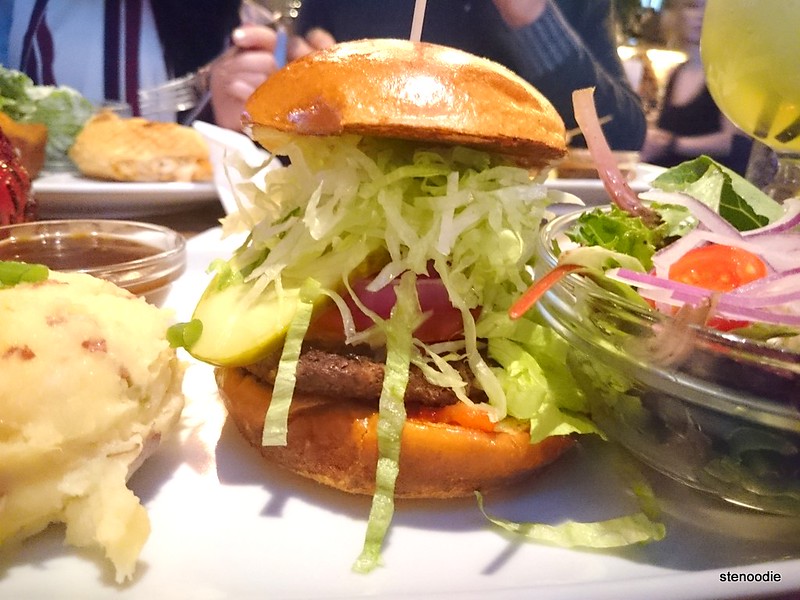 On my first official day in Edmonton, Alberta, we went to Southgate Centre to do some shopping (I really am not a fan of shopping, especially in-store shopping …).  Nevertheless, before the shopping began for my friends, we went to State & Main Kitchen & Bar for some lunch!  I was really excited to walk into a restaurant in Edmonton and eat some food (and so that I could blog about it)! 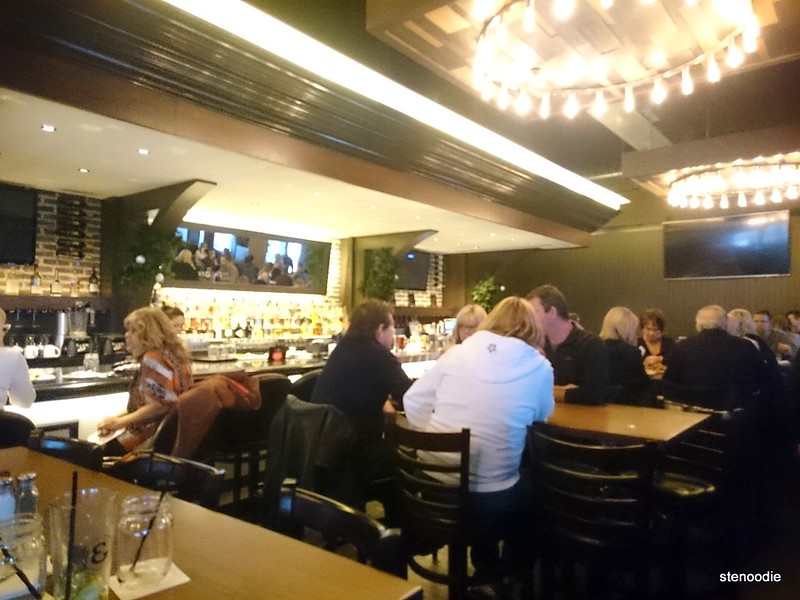 Bar sides are available too

State & Main Kitchen & Bar is an American-style restaurant that serves casual lunch and dinners as well as bar food.  We were a little famished for lunch.  There were a lot of people here so we had to wait for a table.  The hostess informed us that it would only be about 10 to 15 minutes of a wait  which actually turned out to be faster than that.  They also have free wifi here! 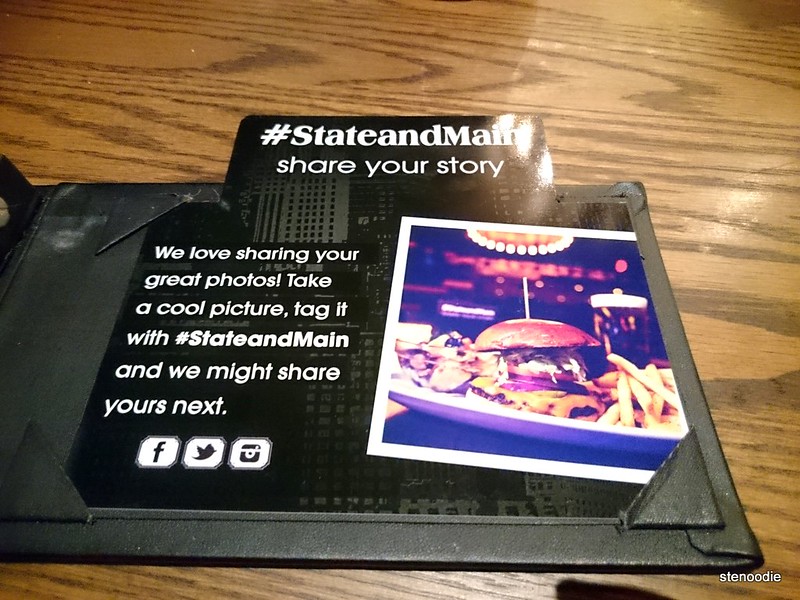 I posted a picture and used their hashtag. I wasn’t featured in anything though D;

After being seated, Alejandro suggested that we order a Mexican Bulldog to share.  It is a unique beverage when you have an entire Corona glass sticking upside down in the big glass of lime margarita.  I saw these for the first time when I was in Miami two years ago and had always been intrigued about these.  I was very excited to try it and to share among our table of three.  Yay! 😀 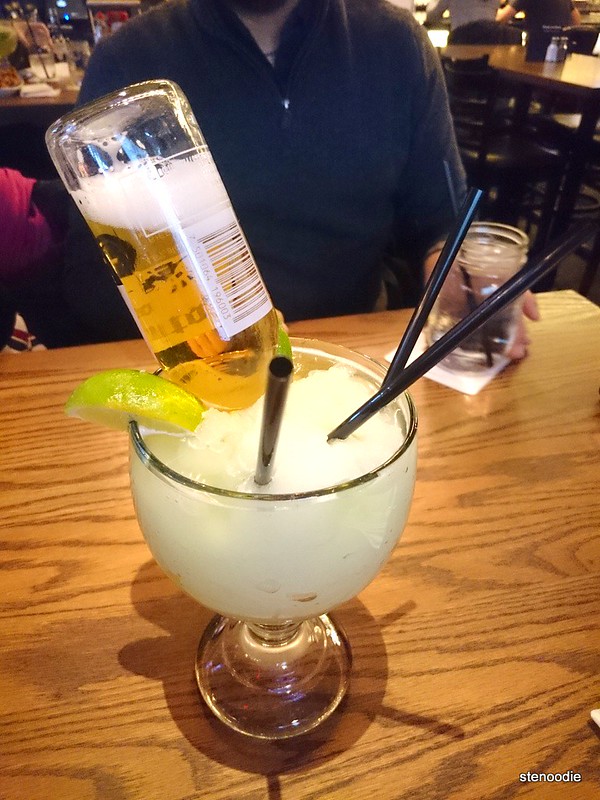 The Mexican Bulldog arrived and it was fascinating to see this drink.  The Corona was also a smaller bottle than usual which made it really cute.  It tasted just okay to me though; I think the lime margarita wasn’t that strong or flavourful.  I think if it was a little more sweet, it would have tasted pretty good.

I ordered the Alberta Bison Burger.  Since we were in Alberta, I figured I might as well try their Alberta bison. 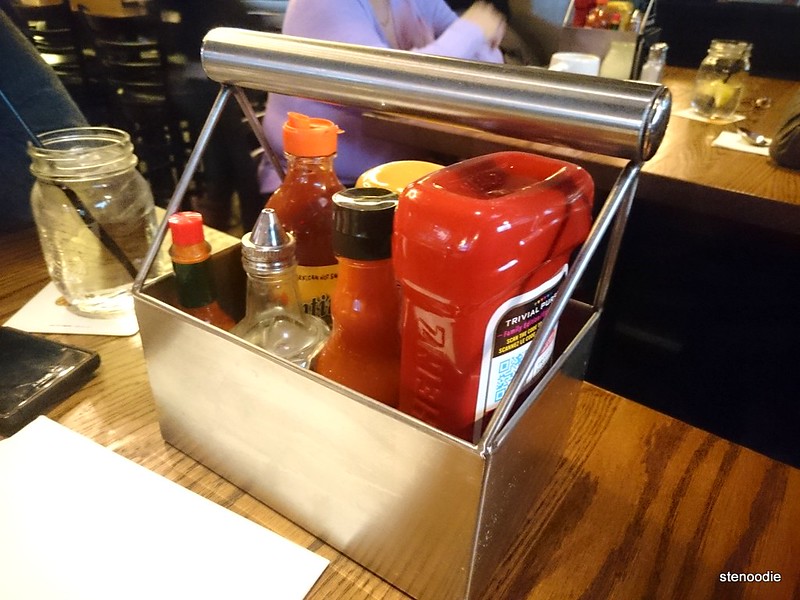 his little tool box of condiments is so cute! 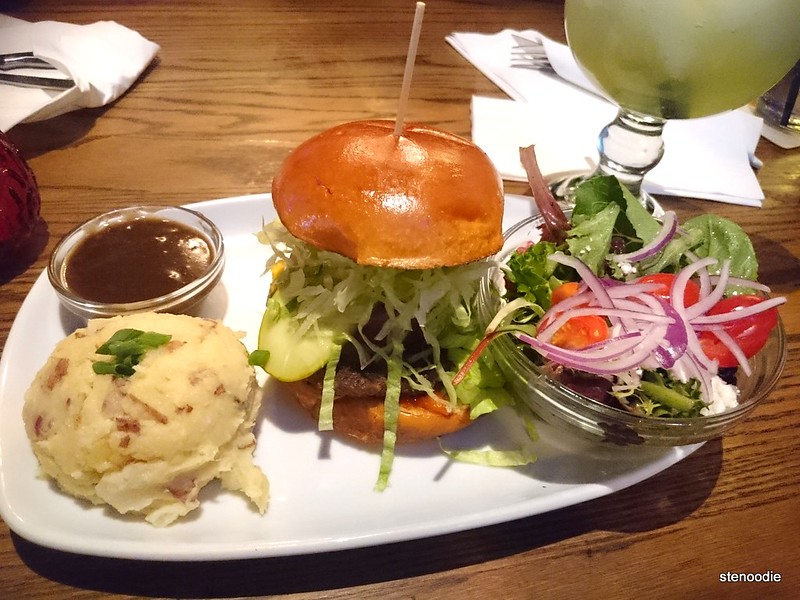 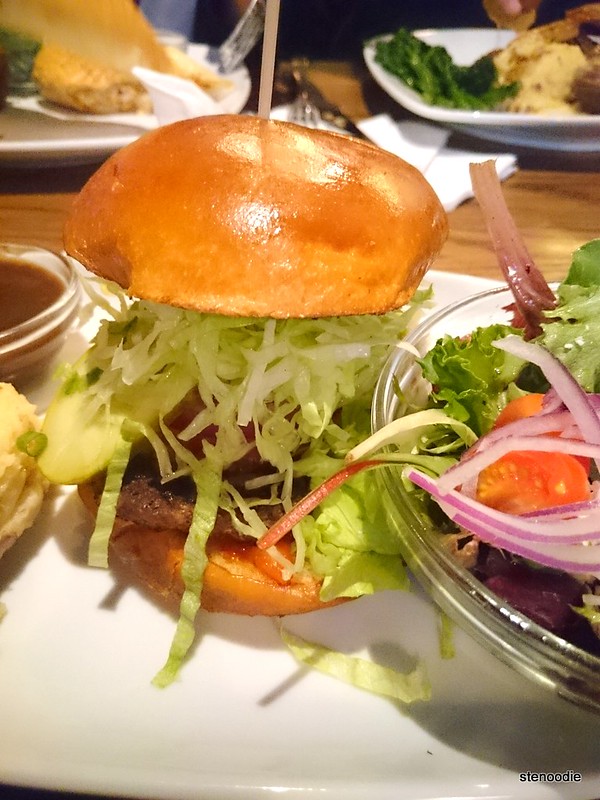 The Alberta Bison Burger contained lean ground bison, served on a butter grilled brioche bun with bacon ketchup, lettuce, tomato, red onion, pickle, and melted cheddar cheese.  It was a sight to behold!  It was very big and definitely required two hands to pick up to eat.  Unfortunately, I found that the bison patty itself was very thin.  I wanted an actual juicy thick bison patty comparable with the quality of the ingredients that were in the burger.  It almost tasted like a regular McDonalds burger patty actually….  No offence.  Nevertheless, it was a really big burger and by the time I was done everything on my plate, I was extremely stuffed! 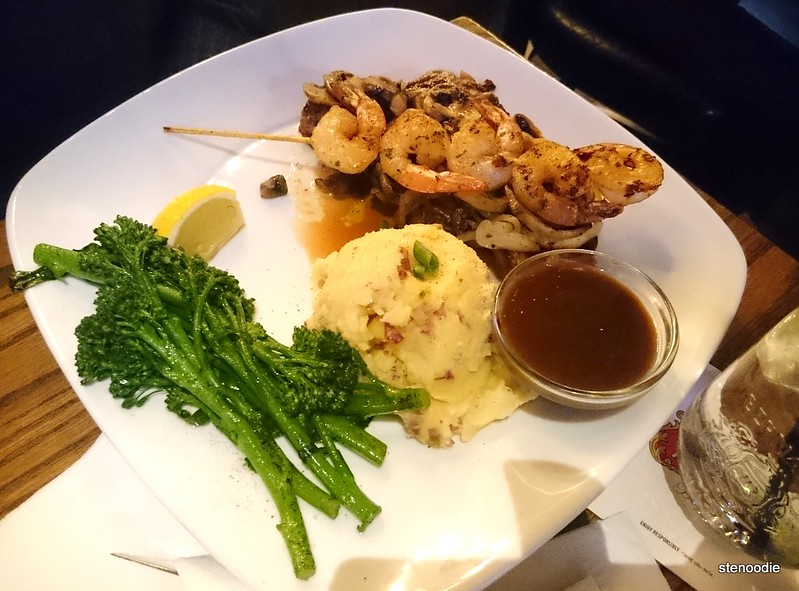 Alejandro ordered The Empire State 10 oz New York cut steak.  I tried a piece and it was rather juicy and good! 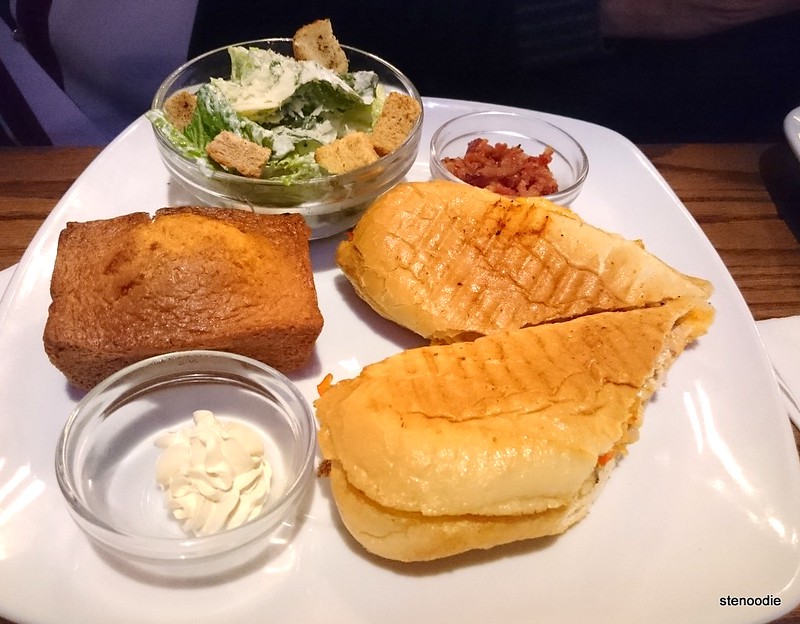 Juliana ordered the Buffalo Chicken Cheese Steak.  It looked really good and she said it was really good as well!  This would have been my other choice if I hadn’t decided on the Bison Burger.  Juliana ordered the Jalapeno Cheddar Corn Bread as one of her sides (I was also eyeing this).  I tried a piece and it was decent corn bread! 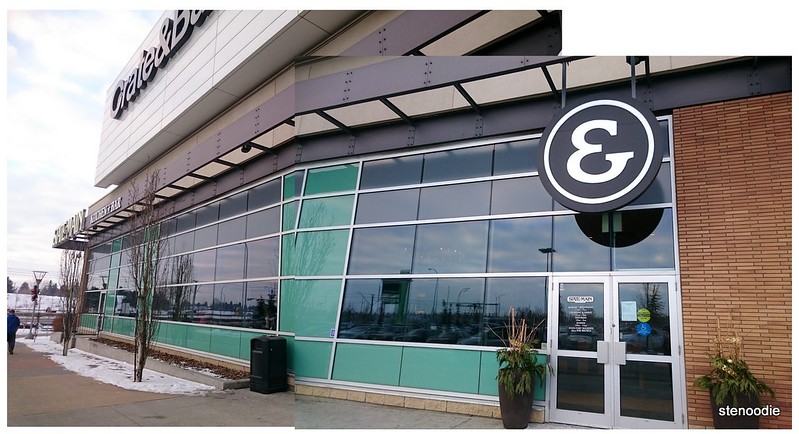 State & Main Kitchen & Bar from the outside 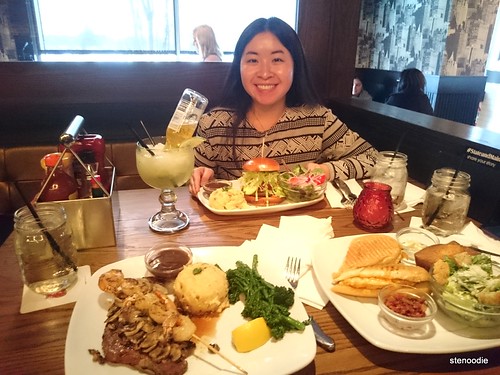 This picture looks like I had a lot of food! 😛

All in all, it was a decent lunch and I’m really glad that I got to try State & Main Kitchen & Bar.  They have a franchise and have other locations around Alberta too!  Have you been here before?