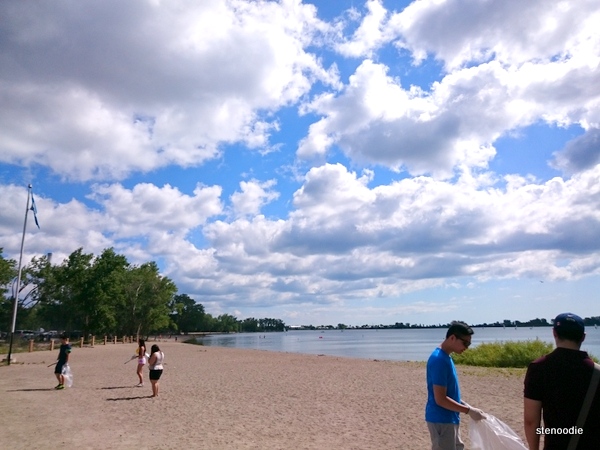 It’s that time of the year again!  Another chance to clean up the Canadian shoreline! 🙂  Cleanups should be done regularly throughout the year so that there is less litter buildup and so that we can ensure that the wildlife doesn’t ingest any when mistaking it for garbage as well as preventing as much of it as we can from entering our waterways… but I digress. 😛

On a gorgeous summer morning, we gathered at Cherry Beach/Clark Beach Park with the Toronto Trillium Lions at 10:30 a.m. to do an hour’s worth of cleanup along the Lake Ontario shoreline.  Last year, we actually did the cleanup at Cherry Beach as well!  You can view the post here.

I love that it was a straight drive down to the beach for me since I live near the highway and Cherry Beach is also right off the highway.  Luckily for me, I found a parking spot in the west end lot after circulating the lot only once as soon as another car was leaving.  There were a lot of people walking their dogs here (they have a gated area for dogs too) so it was perfect that some people were leaving right at this time.  Otherwise, I think I would have had to circle to the other side of the lot to find a spot.

Kim, Evelyn, and Christina spoke a short introduction about the Lions club and their purpose and mission since there were several new faces and non-members.  They were extremely prepared and had all the data cards, gloves, plastic bags, first aid kit, and everything else prepped for us.  It was wonderful!

We then divided ourselves up into groups of four.  One person was the data collector, one person was the person holding open the garbage bags for us, and two were the litter picker-uppers.  I was obviously one of them.  I really enjoy the process of finding trash and putting it away.  I even brought my trusty pick-up stick! 😀 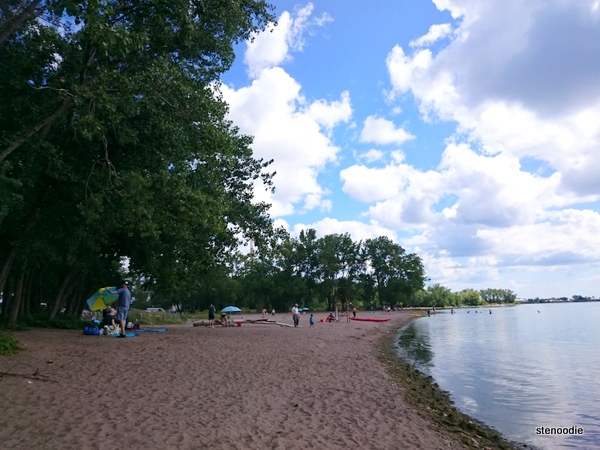 This summer of 2016 in Toronto has so far been a really humid one.  Luckily, on this summer morning, the humidity had died down a lot and we were back to a hot weather that was comfortable enough.   It also helped that we were right beside the shoreline so it was definitely breezy and enjoyable.  The full sun was out and there were also a layer of white fluffy clouds.  Absolutely gorgeous weather and views! 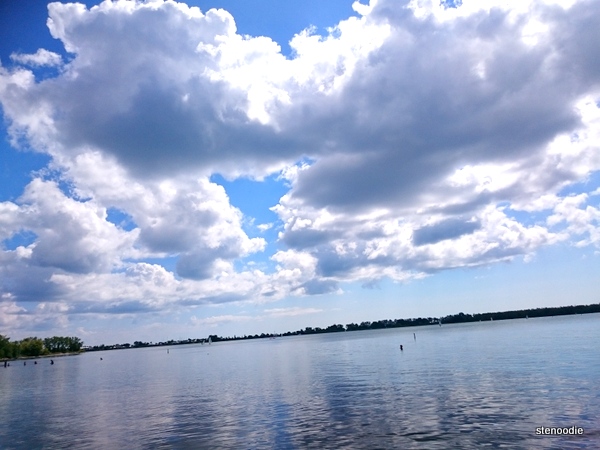 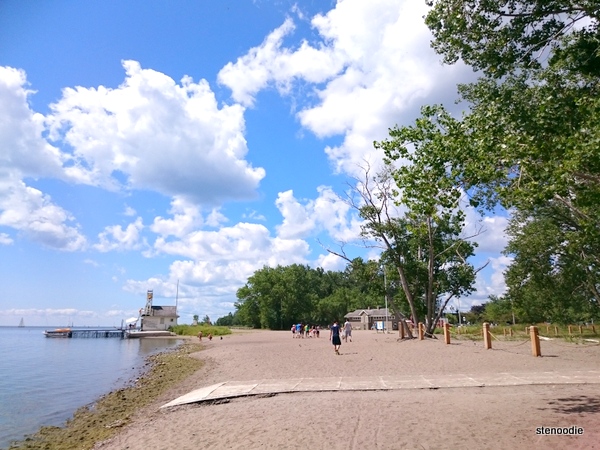 Not as much visible trash as last year! Good stuff!

Among the culprits this time in the litter picking were the usual straws, plastic wrappers, plastic bits, paper, and the never ending cigarette butts.  There was actually nothing really outstanding or unusual in the litter pick-up this time.  We did find some kid toys (that were clearly left behind by the owner on the beach) and both a used pencil and unused (fully unsharpened) pencil.  Nothing else was worth noting.

I also noticed that there weren’t as many big pieces of trash this time.  Instead, it were primarily small pieces of garbage like the cigarette butts, plastic pieces, and paper.  I think that is a good sign because that means that people are picking up their (visible) garbage more.  Now if only smokers can keep aware and try to remove their finished cigarettes too.

As always, I found the one-hour cleanup short as I wouldn’t have minded staying out for another hour to pick up more garbage.  The more you look, the more you can find lots more garbage.  It’s been a while since my last cleanup so I missed it a whole lot. 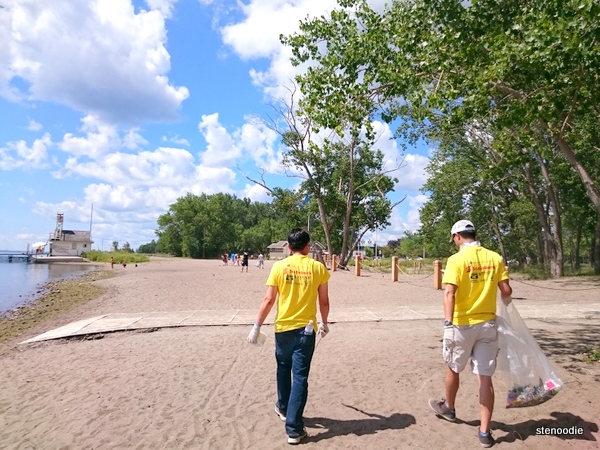 See, you can even see that our trash bag wasn’t even halfway full… so many small pieces of trash instead

By noon, we gathered together and weighed our garbage together with the other groups’.  We collected over 4 kg of garbage including sharps and recyclables that day.  Good job, everyone! 😀 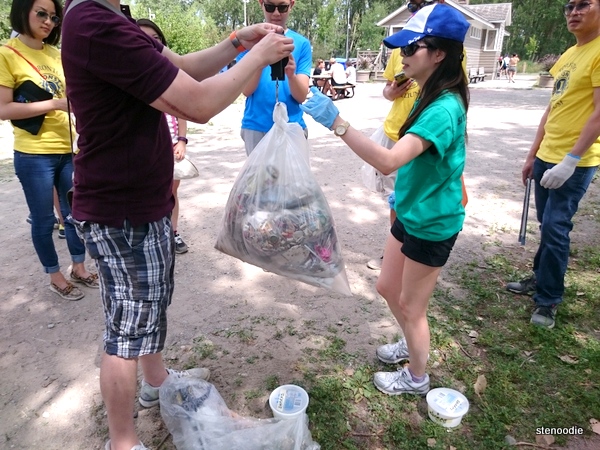 Before we left, the Lions had prepared a whole picnic for us!  Kim had ordered pizza from Domino’s Pizza which we all fully enjoyed and indulged in.  She also bought a fruit bouquet from Edible Arrangements (awesome!), chips, brownies, cookies, drinks, and all of the plates and napkins.  I felt very grateful!  Thank you, Kim, and the rest of the Lions for organizing! 🙂 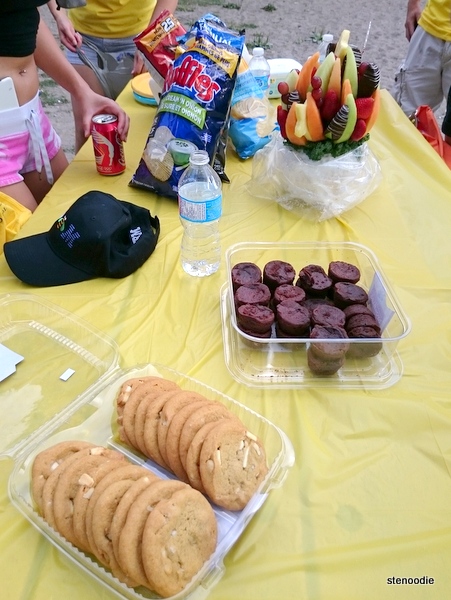 Treats after the cleanup! 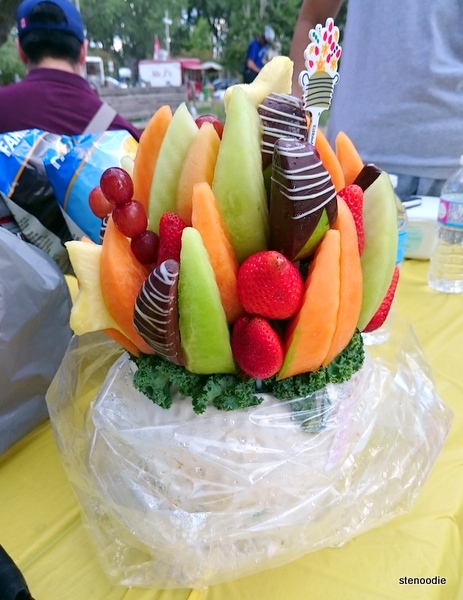 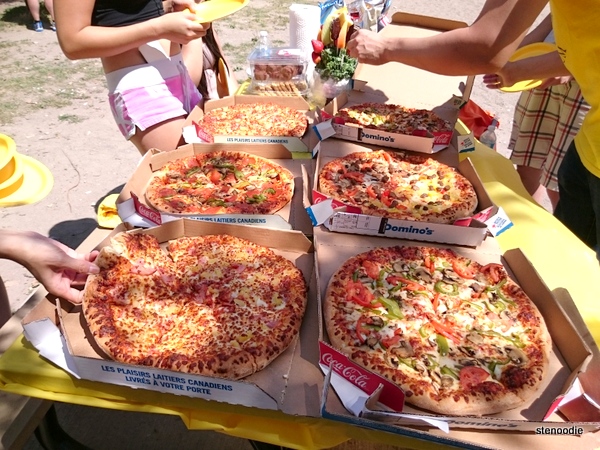 It was another successful cleanup and I was really glad that there were some newbies that came out this time too.  Hopefully we will continue to have more people coming out to help clean up our earth often… and less people littering of course!  (It’s definitely impossible to have zero litter on this earth so we have to help bit by bit by cleaning up often!)  🙂