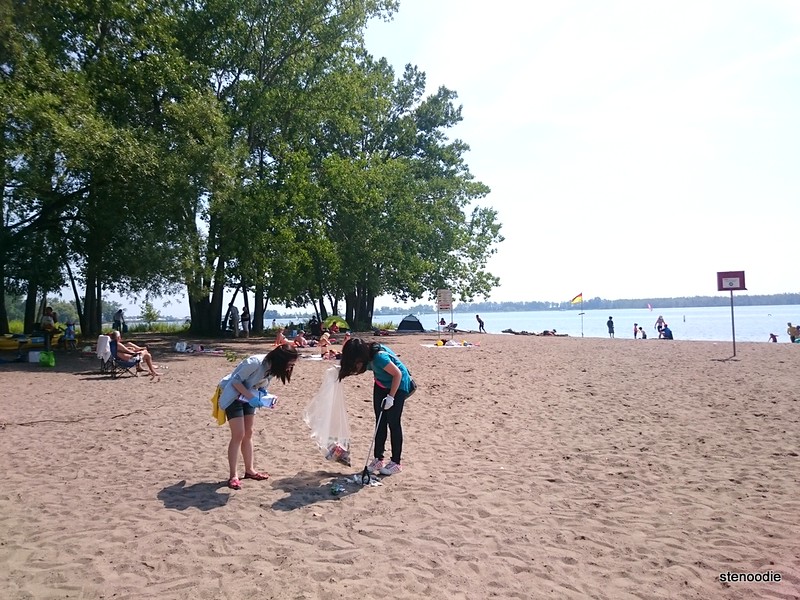 Cleaning up the shoreline at Cherry Park, Ontario

This is not the first time I’ve done a shoreline cleanup event, nor is it the first one that I’ve done with the Toronto Trillium Lions.  In fact, the first time that I participated in a Great Canadian Shoreline Cleanup was back in October in 2013 when I was invited with the group to tidy up the shoreline of Bluffer’s Park.  Since then, I’ve been to many more and even organized one myself (I need and want to organize another one later this year before the weather gets cold).

This time, the Lions decided to host this bi-yearly cleanup event in August so that more people would come out and participate.  (In October, it sometimes gets a little too chilly for people to want to come out.)

Since it was a straight drive down from my place to Cherry Park/Clarke Beach Park in Toronto, I took the 404 and DVP on a clear and beautiful Sunday morning.  I love driving when the roads are smooth and there is no traffic.  Cherry Park was easy to find and there was just enough parking; a lot of dog walkers were just leaving just as we got there so we were able to take their parking sports. 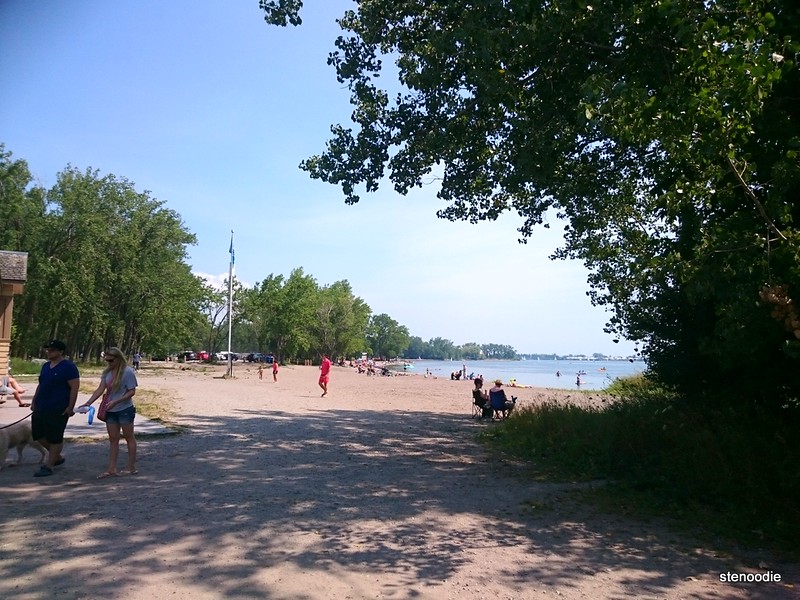 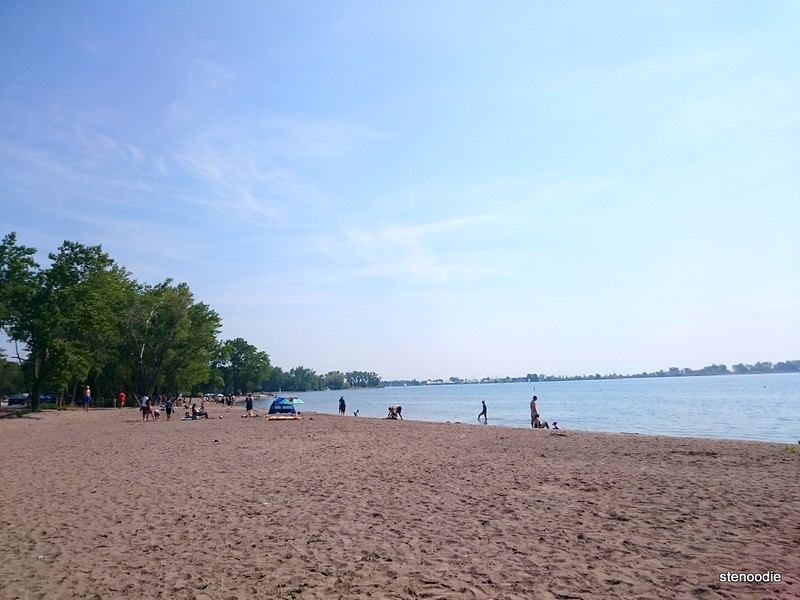 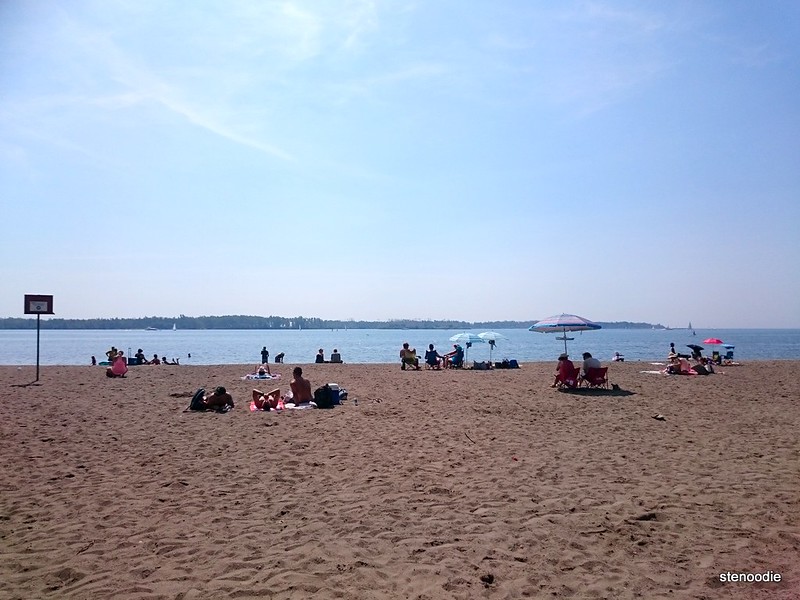 Before we divided ourselves up into teams, the Lions had a short general meeting to talk about their upcoming events.  Then, we divvied ourselves up into groups of four or five.  I was in a group with my friend Priscilla, Yan, and Amy.  I think we worked so well together as a team!  I, of course, brought my trusty pick-up stick/grabber and helped to hold the black garbage bag as well as picking up the trash on the beach.  Amy was the one recording down all our findings.  Priscilla and Yan were in charge of the clear recyclables bag and also for finding trash. 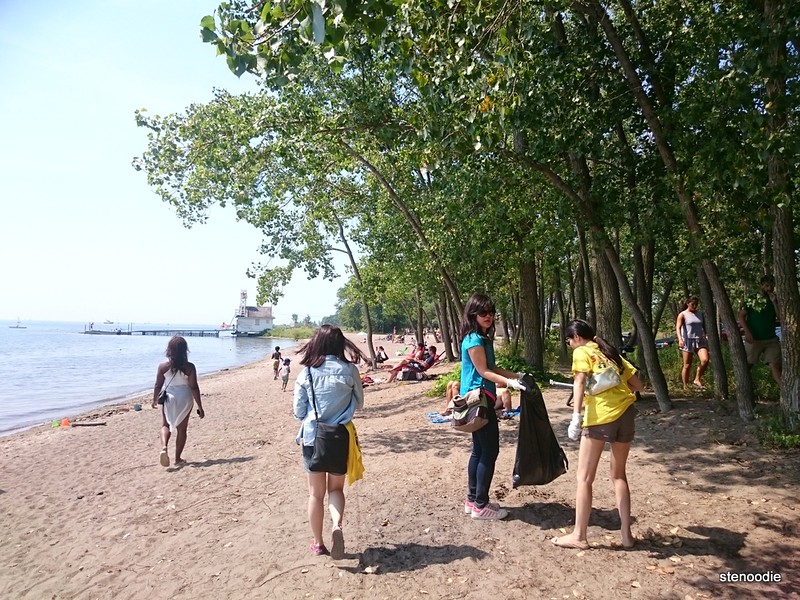 I think we worked so well as a team! Everyone was really into the cleaning (unlike some cleanups) and we picked up a lot of trash

We started cleaning at around 10:45 a.m. for an hour.  The weather was so nice that day.  Clear, sunny, a little breezy, and not too hot.  However, as we got to the one-hour mark, we could feel the sun beaming down on us and it was the perfect time to stop and gather our trash and leave.

Before we left, we took a group photo as well as weighed all the trash we found.  On this visit, we didn’t find anything too spectacular.  Sometimes, there are some weird things that we find… I remember we found a calculator, baseball bat, dog license plate, and more before.  The only trash that kind of stood out on this cleanup was a small black sock.  That’s pretty tame. 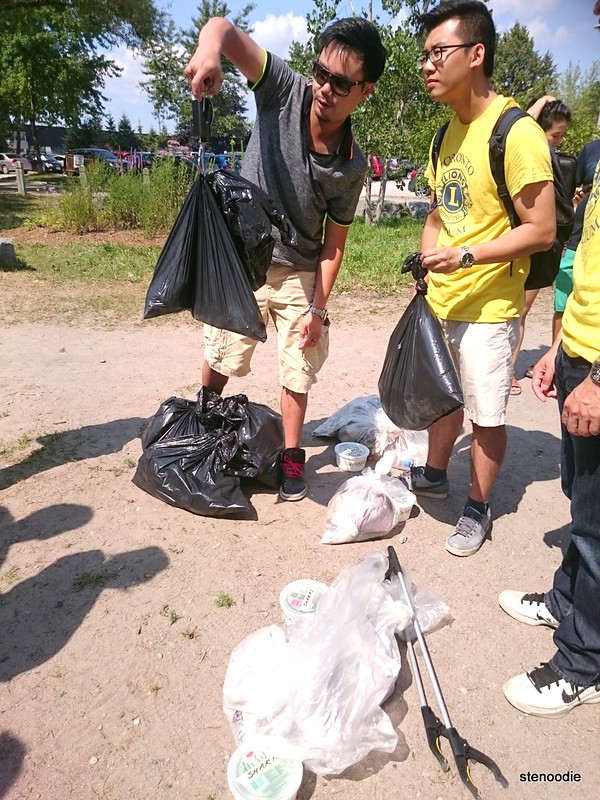 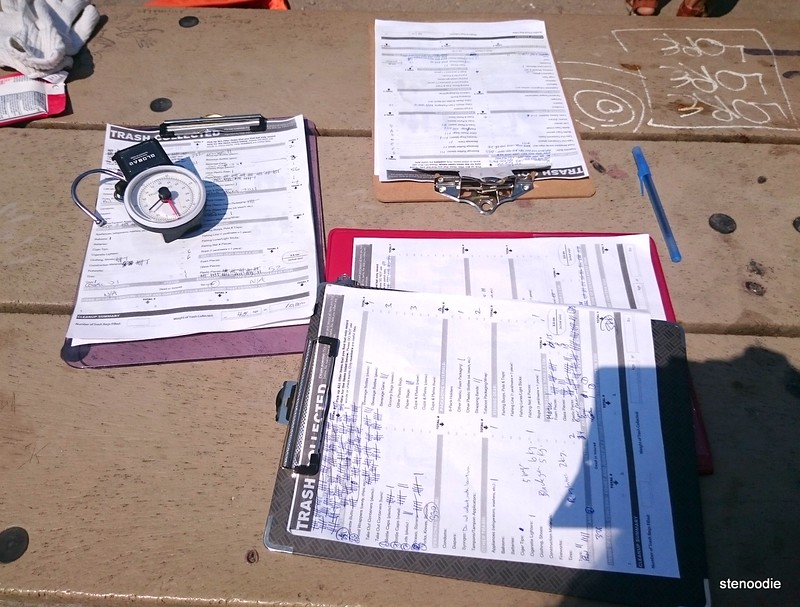 The tally sheets. Look how many cigarette butts we picked up! 😦 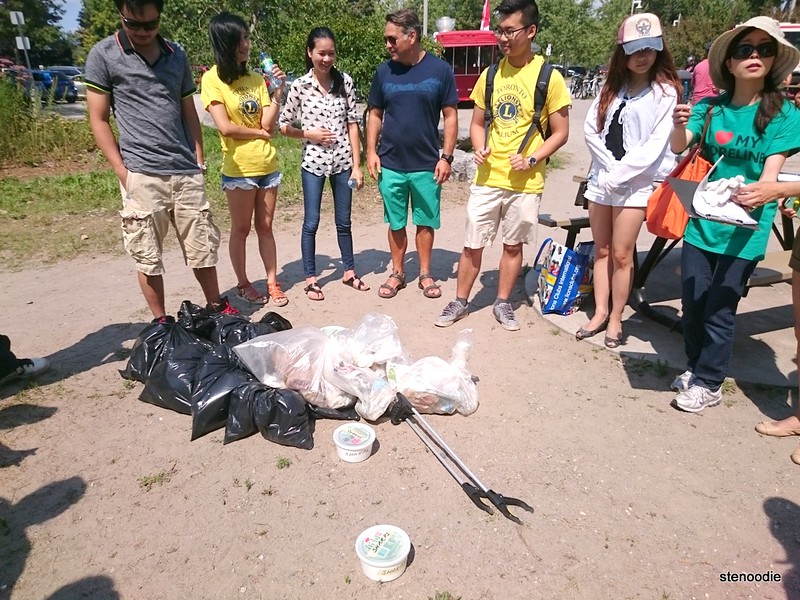 All the trash we picked up 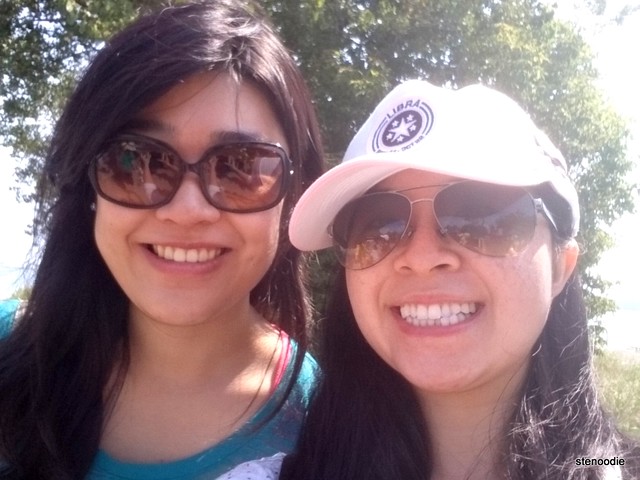 Priscilla and I actually met at the first Lions Shoreline Cleanup back in 2013!

Yay!  I’m happy that we did another cleanup.  If I could, I would do these every month.  It’s not only good exercise to be out in nature to try to clean up the beaches and shorelines but we can try to eliminate the waste that people put out too.  Oh, yes, and the most common piece of trash we found continues to be cigarette butts.  There are too many of them that we always run out of writing space on the tally sheet.