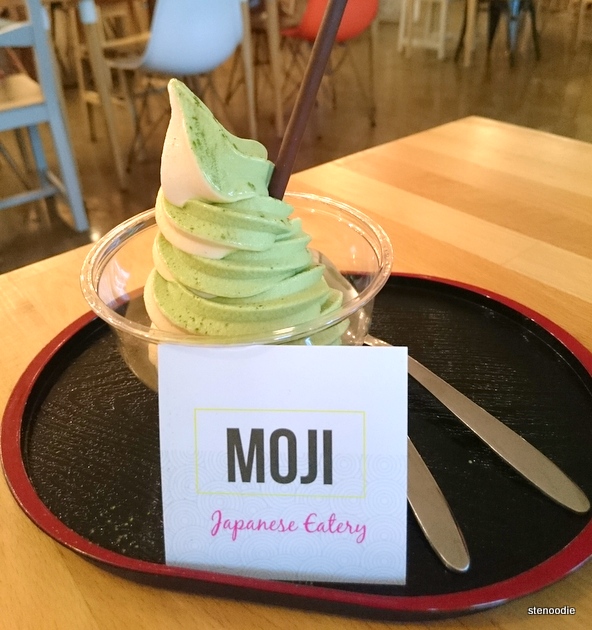 Moji Japanese Eatery is one of the newer Japanese restaurants to hit Markham and has been making waves and beckoning people (like me) to go and try their food.  I wonder what their name, Moji, means?  It actually reminds me of “emoji” just now. XD

Moji Japanese Eatery is located near New Kennedy Plaza (or Peachtree Centre) among the pack of restaurants.  There was lots of parking available on the lot and I was the first one to walk in at 6 p.m. on a Monday evening. 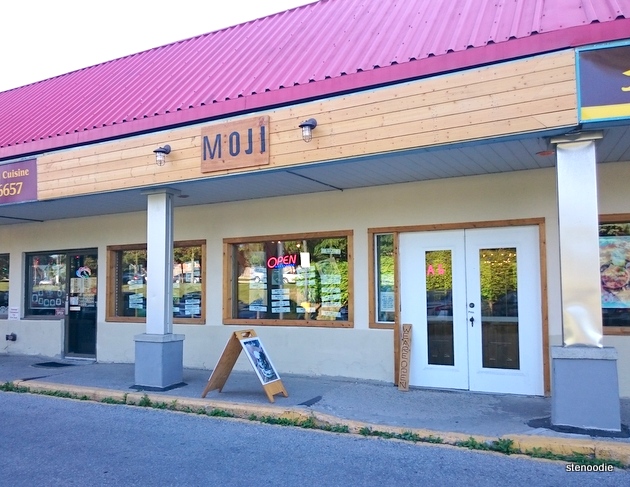 Its interior design was really cute.  I was surprised by how big the space was inside considering it didn’t look that big from the outside.  It was an open space concept with lots of tables (fit for small or big groups) where the chairs were mismatched on purpose (this included the utensils too) and there were cute and minuscule decorations throughout the restaurant.  It was a really cute space for sure. 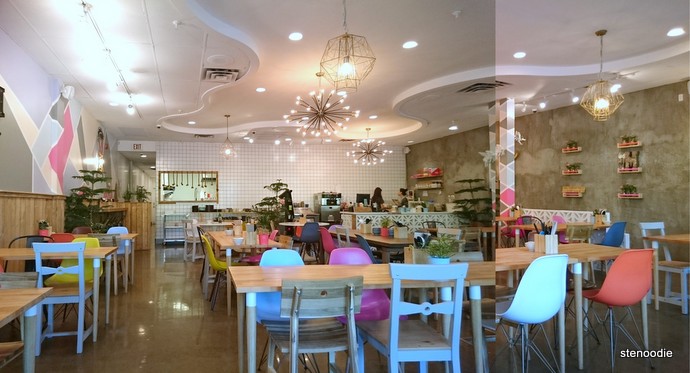 The colourful inside of Moji Japanese Eatery

I had heard lots about their takoyaki, unagi rice, and desserts.  Thus, that’s what Priscilla and I ordered.  Yay! 🙂  (They have free wifi in the restaurant too — but a pokestop is not close enough.) 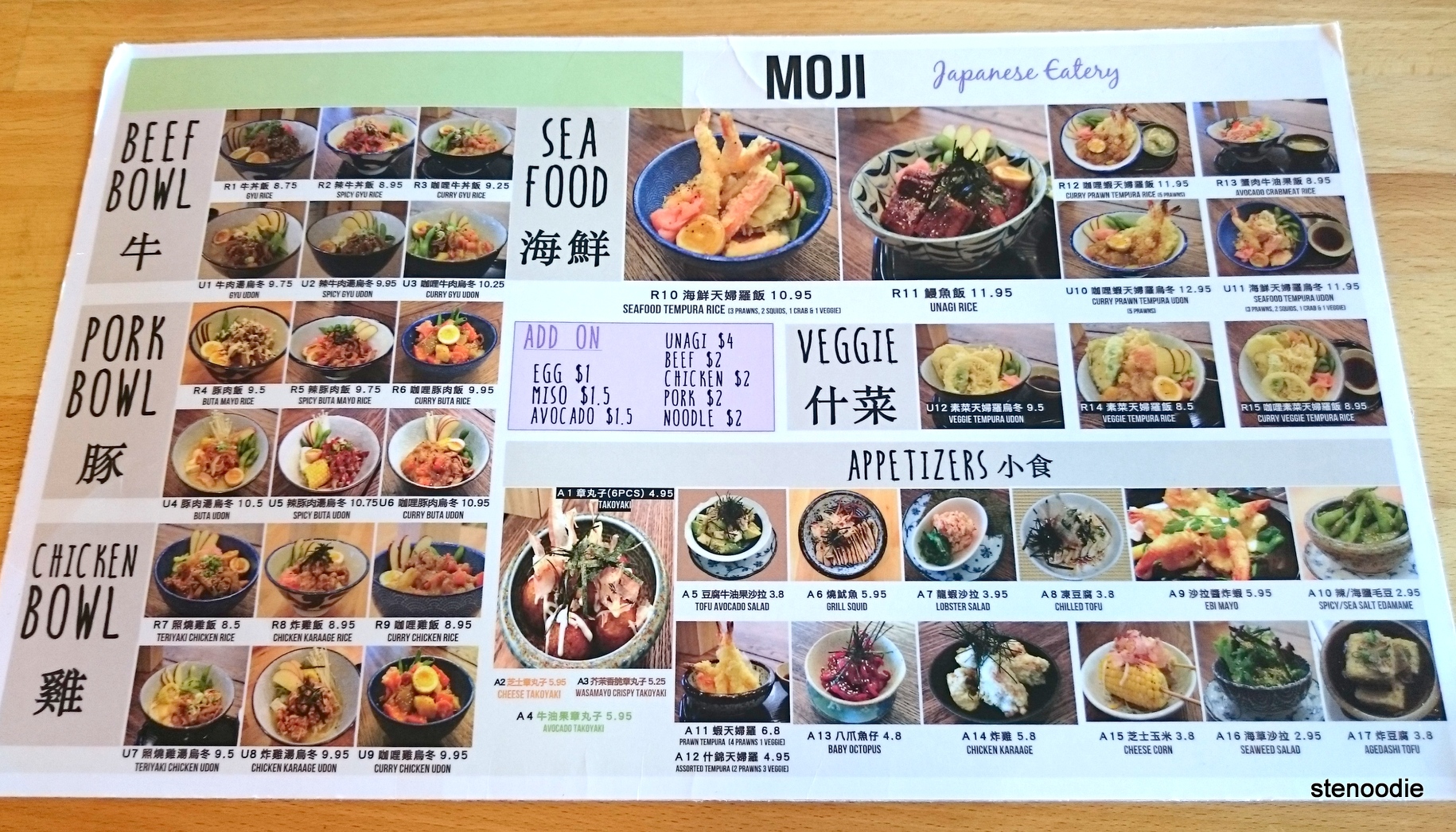 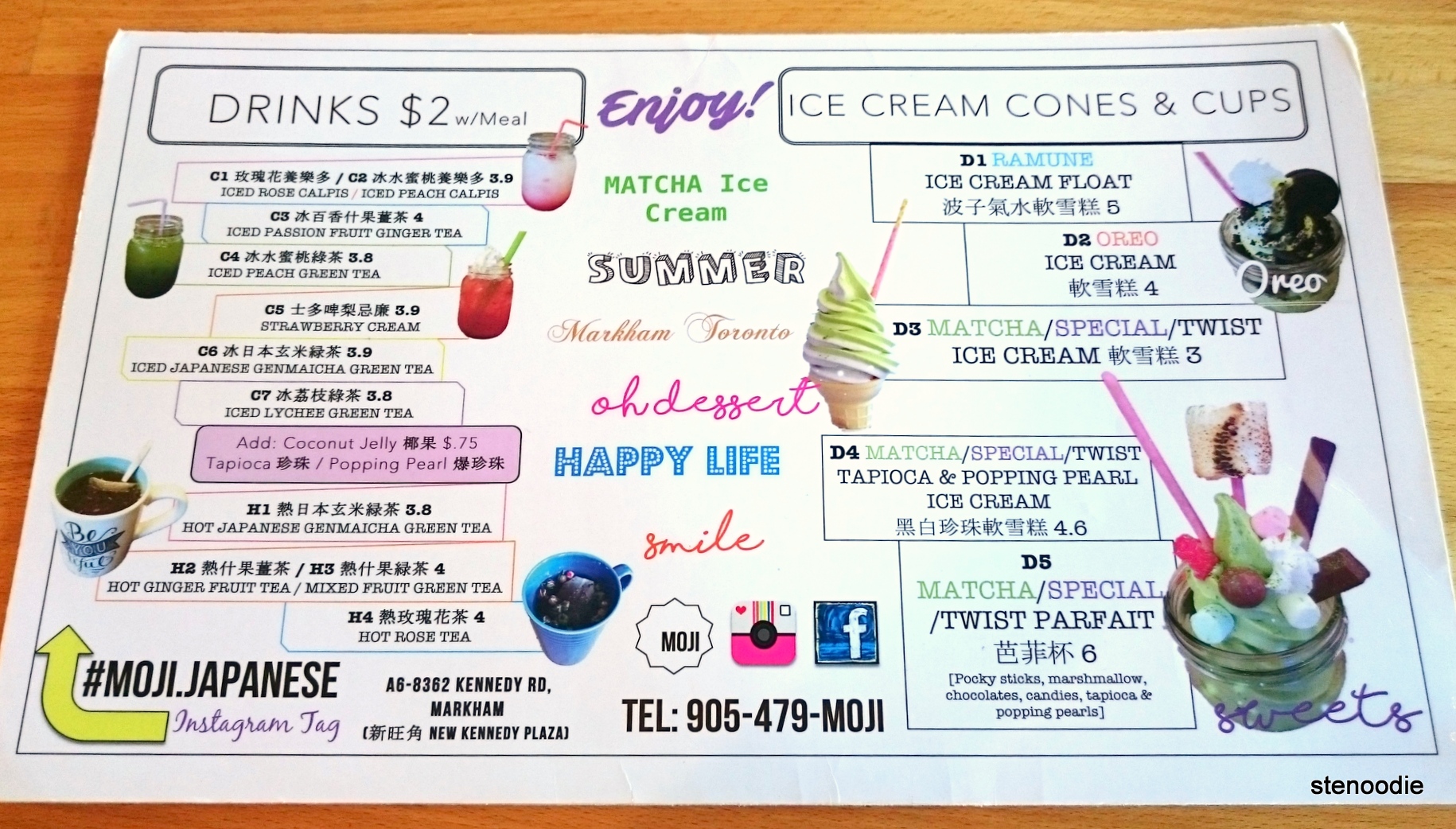 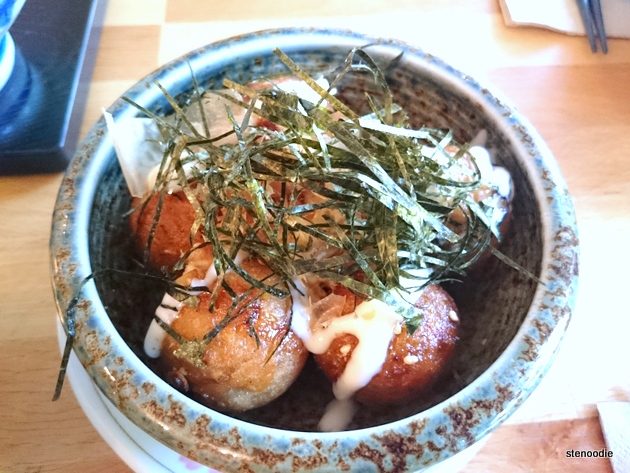 All of the dishes came together.  There were 6 pieces of the Takoyaki, octopus balls.  They were covered in thin pieces of nori seaweed.  I liked how soft and creamy the octopus balls were on the inside.  They were a lot smaller in size than most takoyakis I’ve had.  It was good at first, but then wasn’t truly amazing in taste.

The Unagi Rice and Curry Gyu Udon each arrived with a miso soup (you could add $2 to any dish to get a drink).  Both of them were served in really pretty and cute Japanese bowls.  The portion was a little on the small side for an average North American.  For someone who doesn’t need a lot to feel full, they might be okay with the portion size. 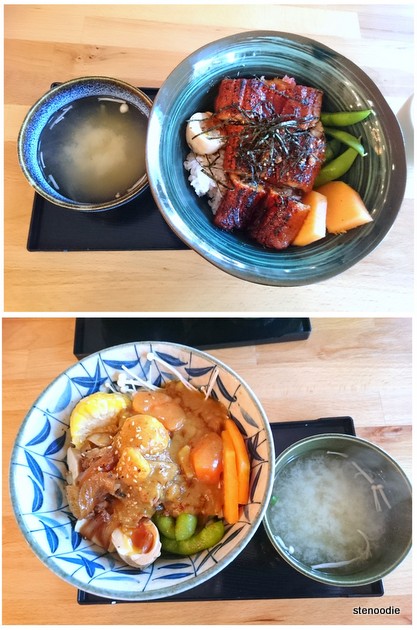 The miso soup was bland and watery.  Its consistency and lack of flavour reminded me of the Chinese soups that are served as part of a complimentary soup during set dinners. 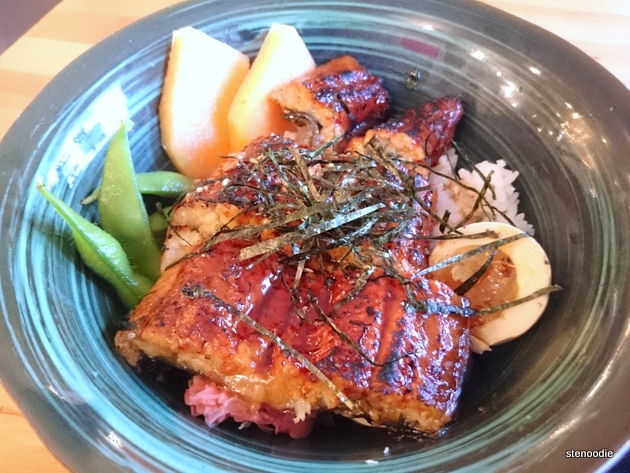 The Unagi Rice contained a really big chunky piece of unagi (eel).  I really liked how meaty it was.  It was also covered with lots of unagi sauce which I liked.  There was also a half of a soft-boiled egg, and edamame and cantaloupe which I found a little odd to have in a unagi rice bowl.  The rice was a little mushy and it wasn’t Japanese rice. 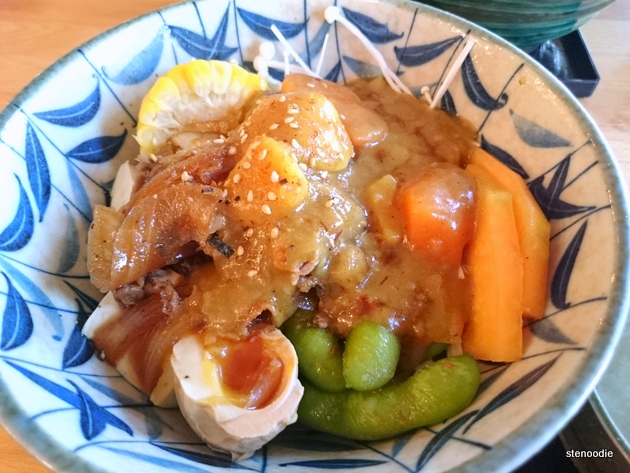 The Curry Gyu Udon also had edamame and cantaloupe in addition to the soft-boiled egg, tofu, enoki mushrooms, and a corn cob (random).  The udon was regular udon and covered with Japanese curry (that tasted like the cube-shaped store-brought ones).  Thus, it wasn’t very good.  The curry clumped with the udon and there was nothing really spectacular about it.  The curry wasn’t spicy.

Due to the less than spectacular dishes, we both knew we wouldn’t be rushing to return here.  Because of that, we figured we’d try their matcha soft serve ice cream anyway and judge their dessert (maybe it would redeem the entire meal).  One scoop of soft serve ice cream (either in a cone or cup) cost $3 which was reasonable.  We could choose between matcha, the ‘special’ flavour, or a twist.  Even after hearing that the special flavour was a mango, I decided on a twist without really thinking… I regret doing that lol. 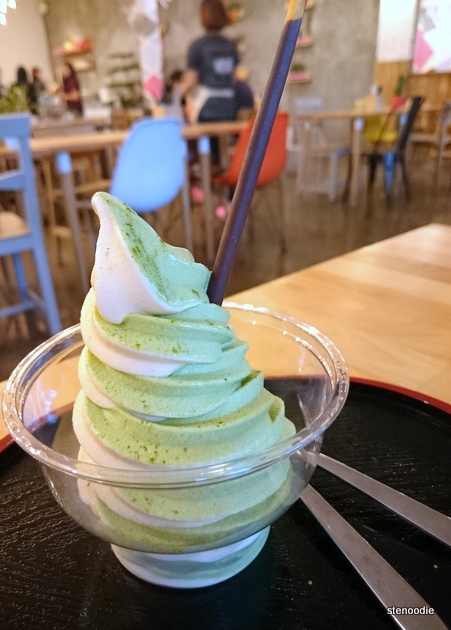 The cup of Matcha and Mango Twist Ice Cream arrived and it was fitted with a business card from the restaurant and placed strategically for photo-taking.  It turned out to be a very poorly tasting soft serve ice cream.  The mango soft serve didn’t taste sweet or like mango at all; it tasted artificial.  The matcha soft serve wasn’t very good either, with only some bitterness from parts where you could see the green powder.

All in all, we were both disappointed with the meal.  Maybe if I were to return again in the future, I will have a better meal but for now, my opinion is that this place is rather lackluster and needs improvement. 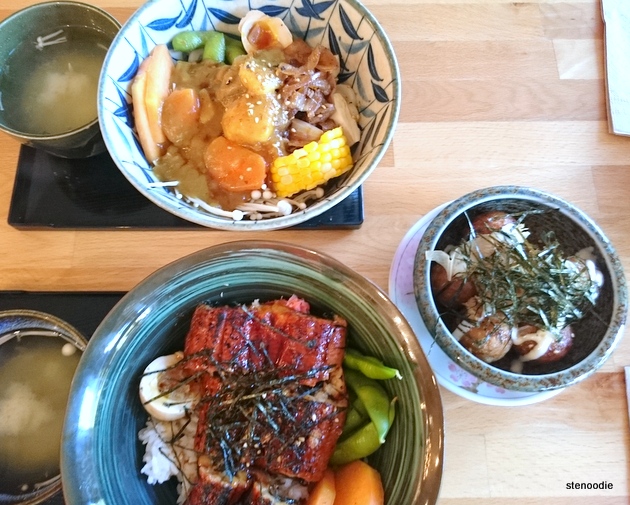