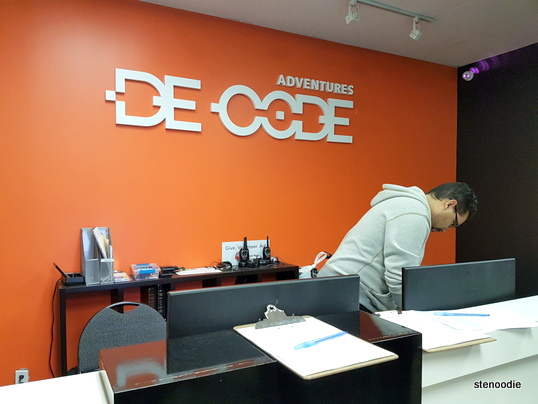 I love playing escape games and I was very looking forward to seeing what this one would be like.  De Code Adventures is located at 6620 Kitimat Rd off of Highway 401 which makes it very easy to get to for anyone.  (It was easy to find their building as well since their name was in large signage after turning in from Argentia Road.) 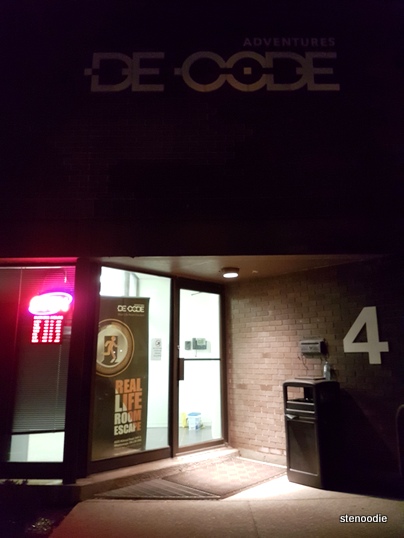 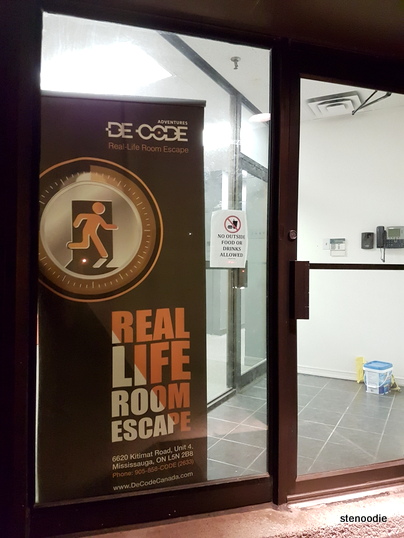 Our game was booked for 8:30 p.m. and we were going to play the ‘De Triad Code’ Room, which was made for 4 to 12 players.  You can view the description of each room they have available for play here. 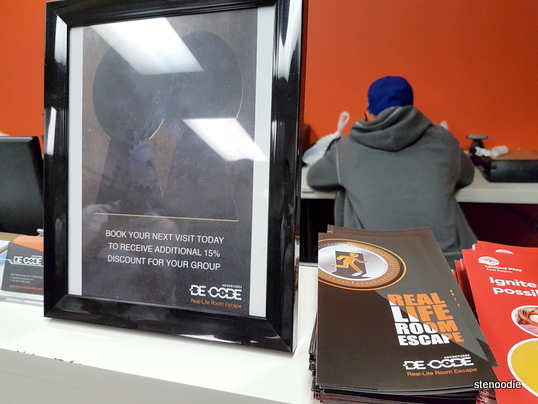 After signing in by liking their Facebook page and checking in on Facebook, we received a 20% discount off of the regular price.  Our game play that day cost $22.05 per person.

We were a group of 13 people and split up into two groups, “De Mobsters” and “De Investigators”, playing in separate rooms and trying to solve the puzzles inside the room in order to beat each other to escape out of the room first. 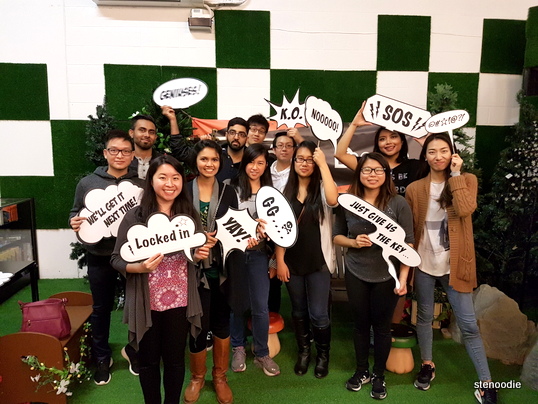 We were given 45 minutes to escape!

Our team used two hints and ran out of time to escape, but we were close.  I was part of the De Investigators team.

This was my first time playing at De Code Adventures and while I found that the game got more fun as we revealed more hints and got closer to escaping, I missed the thrill of solving high-tech puzzles like the ones I’ve played before at Xscaper Arts and Omescape (still my fave escape game spots!).  Nevertheless, I haven’t tried the other rooms at De Code Adventures yet so it’s hard to say whenever their other rooms are more fun.  This was also my first escape room game play in Mississauga!

Ultimately, my first impression is that De Code Adventures is a good place to play an escape game if you have never played one before.  Since it is a single-room game and you don’t move from room to room like the other higher-tech games as I’ve described, you might find that it is a little more bland in favour.  (I’ve played many escape game rooms now so I can make that comparison and say that.)  The price of admission also correlated to the budget that was used to designing the games — you know what I’m saying.  However, the room was still challenging because without the two hints, I don’t think we would have moved forward with our progress at all — also perhaps our group wasn’t very bright or cohesive enough to solve the puzzles together. 😛 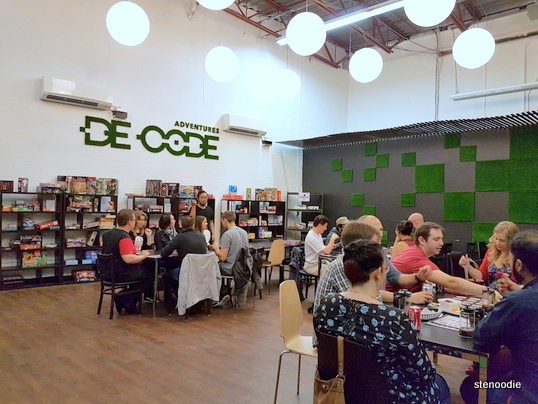 De Code Adventures also has a board game cafe where you can play board games up until 1 a.m. (on Fridays and Saturdays) and purchase snacks.  It was a substantial board game room and seemed to have a lot of board games available too.  (We didn’t play there that day.)

De Code Adventures has free wifi and lockers for you to secure your belongings as you play the games and available parking.