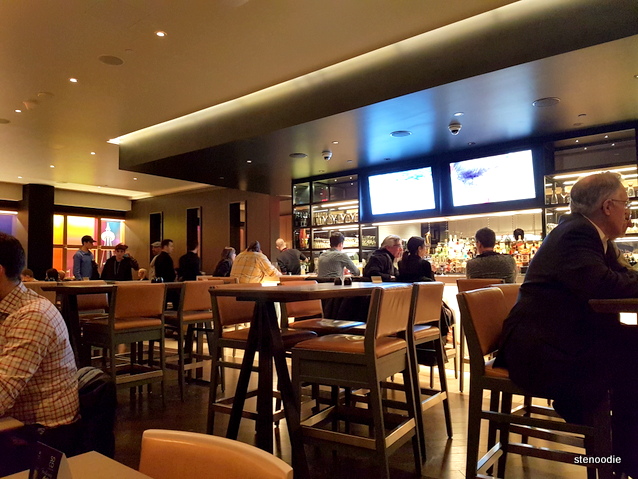 The sweetie was smart enough to make reservations for a second restaurant for us to lounge at and eat and drink until midnight for the New Year’s Eve countdown.  The reservation was booked for 10 p.m. at SOCO Kitchen + Bar and we arrived there to wave good-bye to the last of 2016 and say hello to 2017.  Since we were so full from our first dinner at O & B Cafe Grill, we didn’t end up ordering any food.  Ken got a Pale Ale beer though that was very dark and stout.

I really appreciated how genuinely friendly the servers were here even though it was clear after a while that we were there just to lounge around until the ball drop at midnight. XD  It was a really nice restaurant and bar/ lounge for casual food and drinks.  It wasn’t so loud or rowdy that we couldn’t hear each other either and it was the perfect low-key yet stylish place to have a new year’s eve countdown.  Yay!  There were two TVs too that were able to show the countdown from various places around the world as it happened.

I really liked how before the stroke of midnight, a staff member brought out complimentary glasses of champagne for everyone in the restaurant to cheers to.  It was so lovely. 🙂

(By the way, I noticed from our neighbouring table that their cheese platter was quite generous!  Their block of blue cheese looked particularly delicious. O.O  If we ever go back..)