Cafe by the Park at BP International Hotel 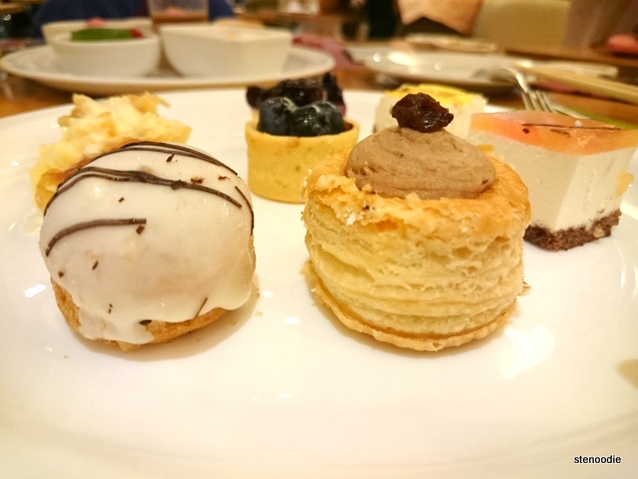 Cafe by the Park at BP International Hotel located at No. 8 Austin Road, Tsim Sha Tsui, Kowloon in Hong Kong

Sept 22, 2016 — Dinner Buffet at Cafe by the Park at BP International Hotel 龍堡國際.

We ate at the buffet at Cafe by the Park, the designated restaurant at the BP International Hotel since we had a discount for dinner due to us staying as guests at the hotel for more than a week.  The dinner buffet was decent with a variety of hot and cold items including sushi, sashimi, pizza, squid ink pasta, lobster, Peking duck, raw oysters, tacos, hot dog on sticks, baked oysters, curry, and lots of desserts.  However, I thought that the quality of the food was just mediocre.  It wasn’t the most comfortable or classy hotel buffet either.  A lot of the tables were pushed next to each other so it felt more like a cafeteria seating than high-class hotel dinner buffet.

The best part about the dinner buffet were the variety of desserts and the self-serve mini-sized Dreyer’s ice cream tubs. 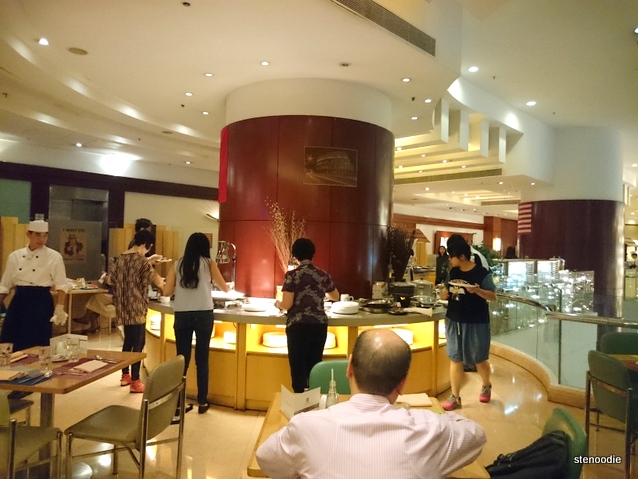 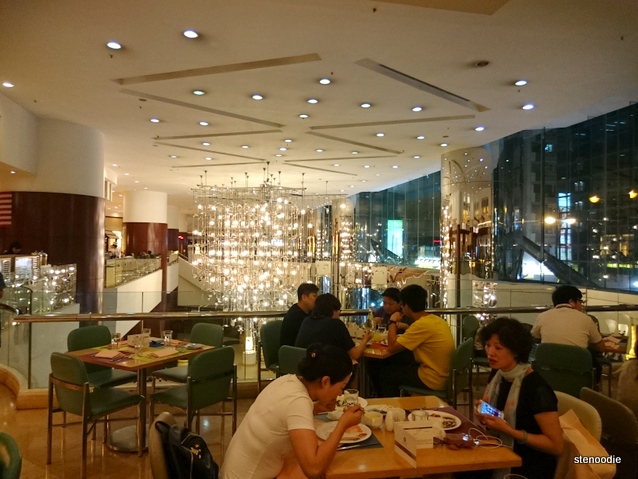 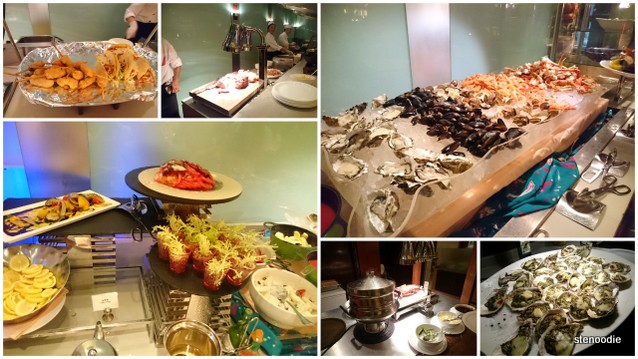 A snapshot of the the food offered at the buffet 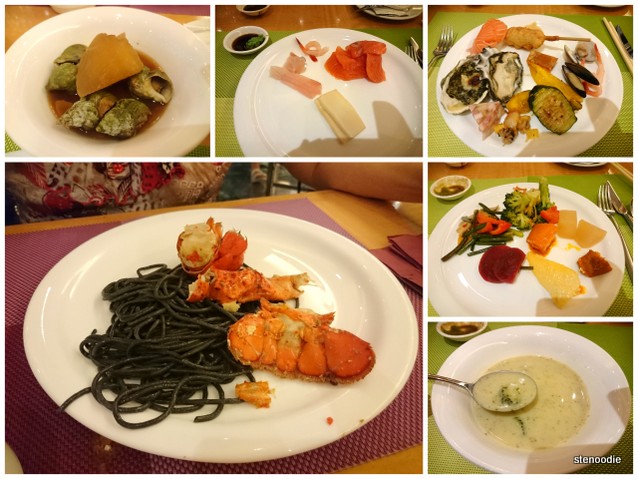 The food we ate. I got a lot of veggies during this meal 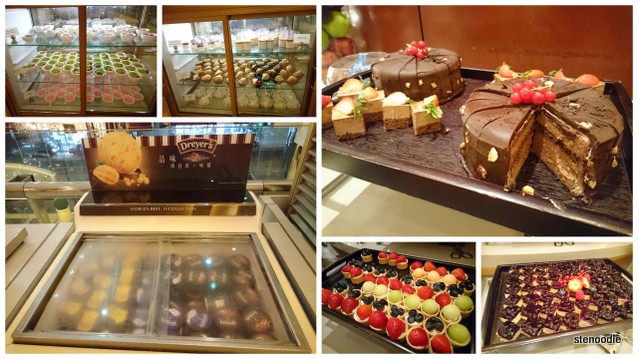 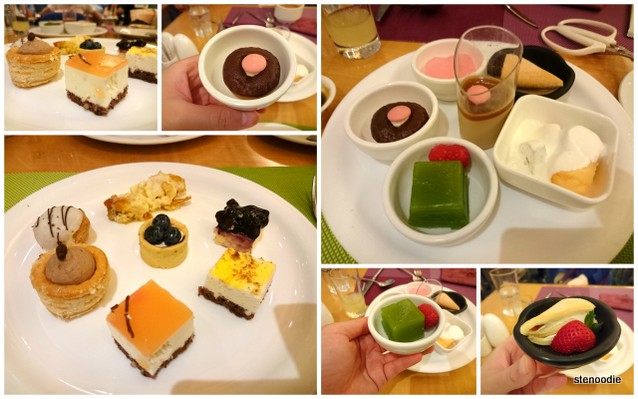 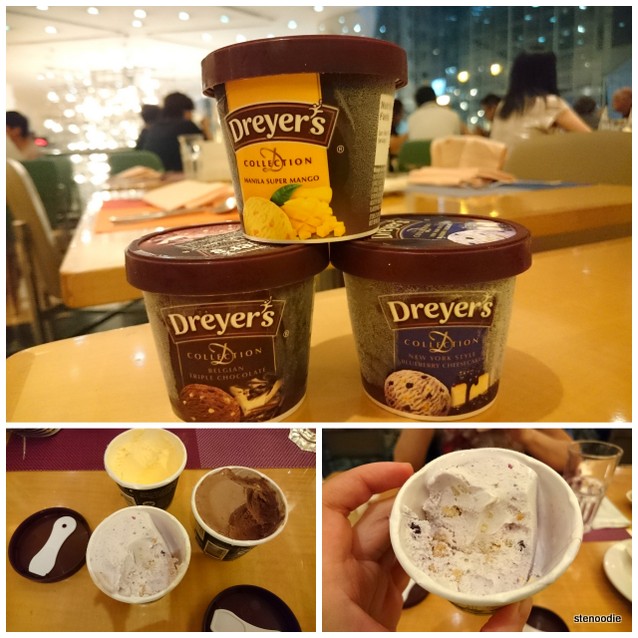 I loved this! The New York style blueberry cheesecake ice cream one was especially good because there were chunks of cheesecake in it 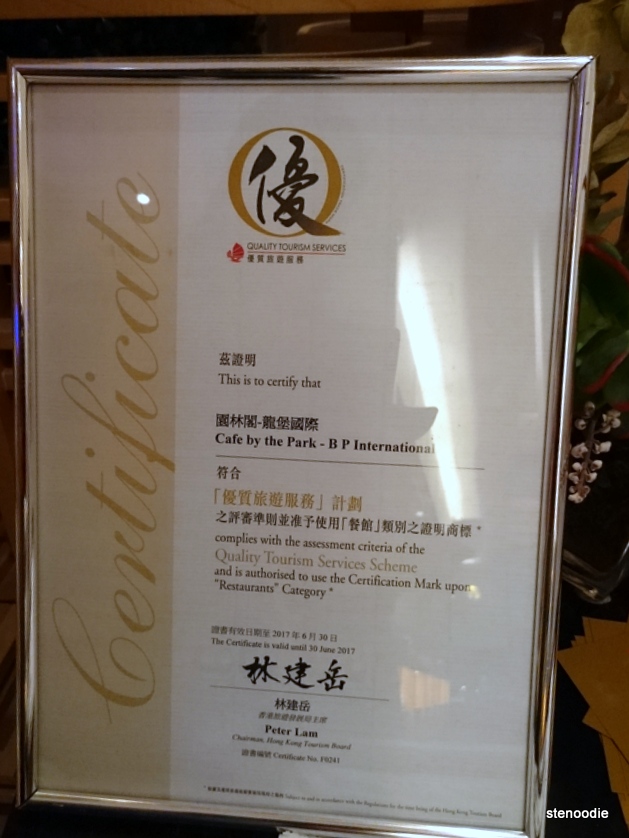 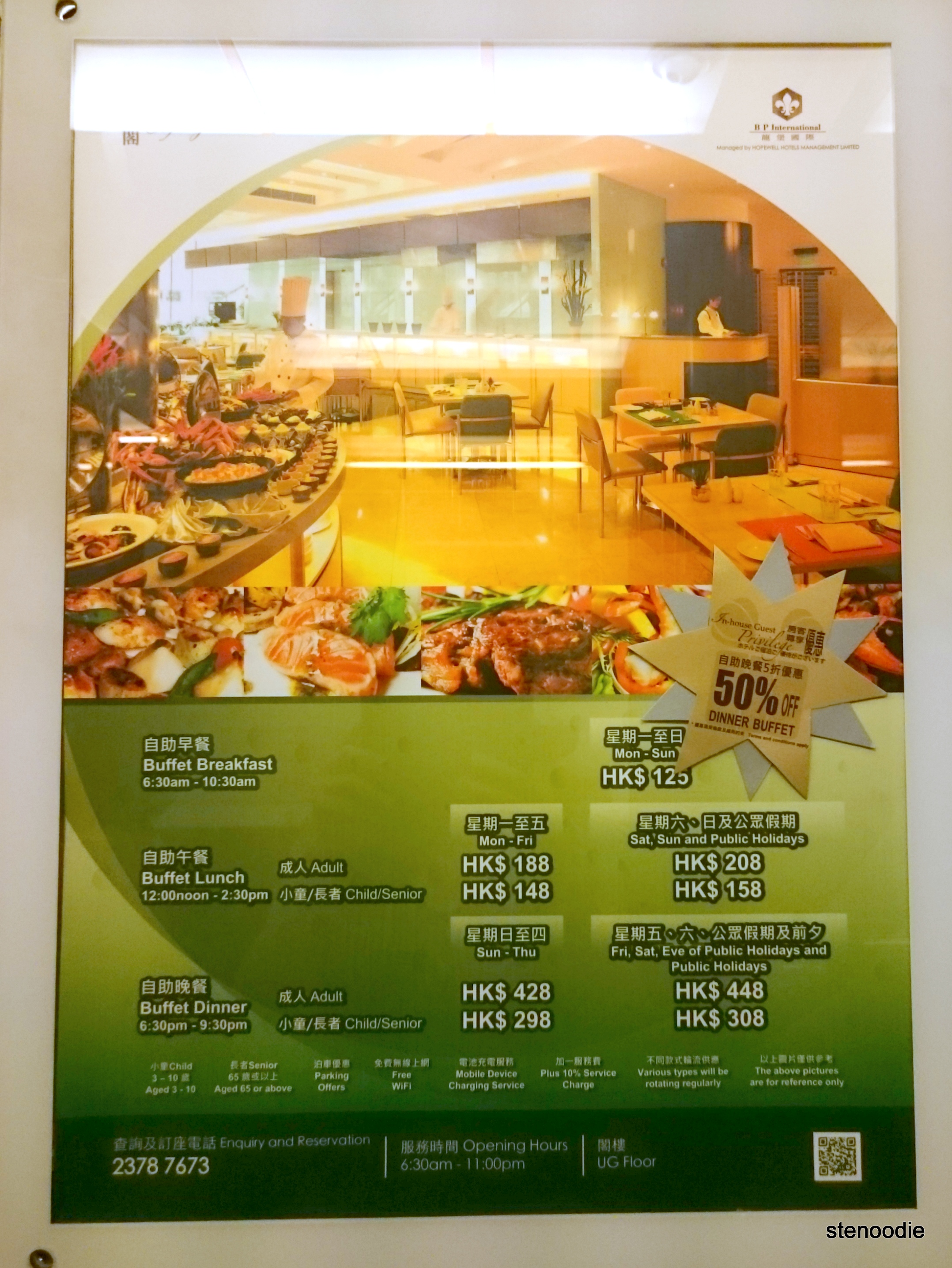 Click to zoom in to see their buffet prices

Sept 24, 2016 — Breakfast Buffet at Cafe by the Park at BP International Hotel.

We had received a complimentary breakfast buffet voucher for two at Cafe by the Park due to our stay at the hotel.  Thus, we decided to use it up.  We were running a little short on time that morning but still made it to the buffet for breakfast at Cafe at the Park at 9:40 a.m. before it ended at 10:30 a.m.  Breakfast selections included the typical continental breakfast selection such as fruit, scrambled eggs, bacon, sausage, congee, baked goods.  There was also a custom egg station with a chef for requests of omelettes or fried eggs.  I found that the breakfast foods were better than the dinner buffet.  I especially liked the mini pancakes — these were done so well — and the muffins, and Spanish omelette.  Yum!

We were one of the last to remain eating since we had walked in so late to the closing of the breakfast buffet. 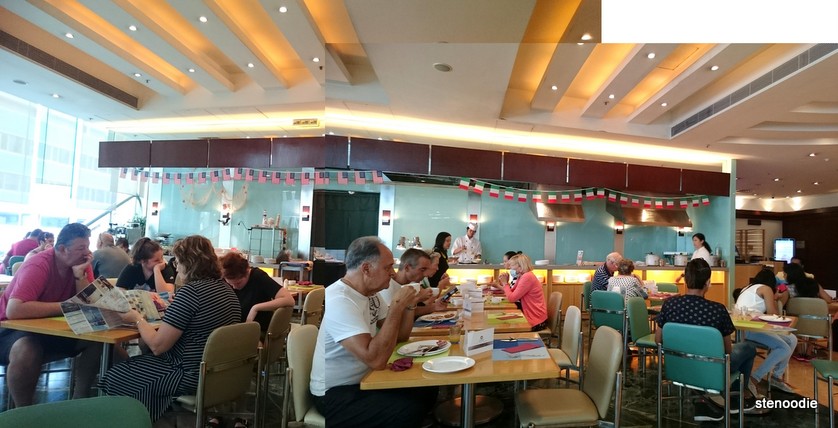 Breakfast buffet — a lot of tourists! 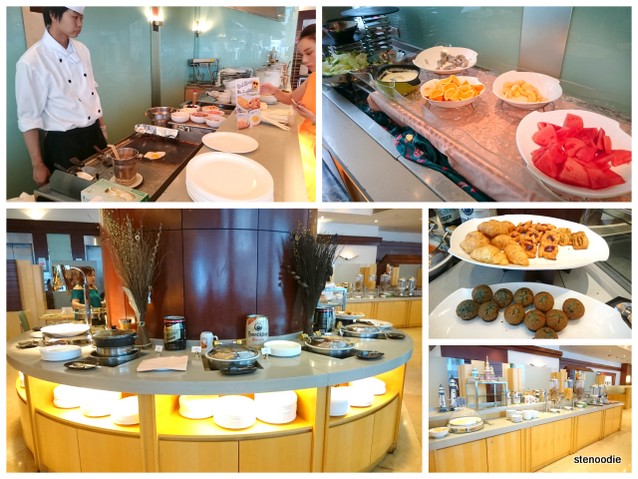 I liked the relaxed tone of the breakfast buffet 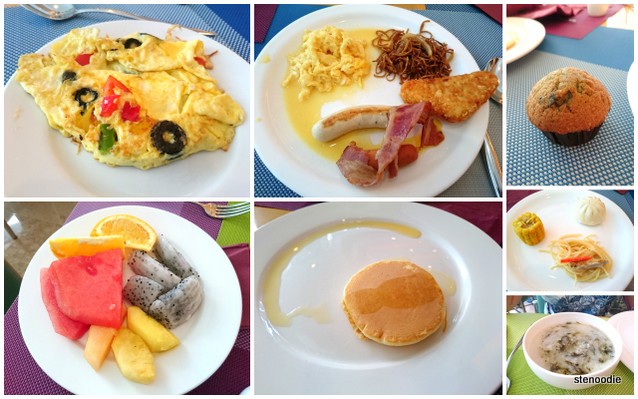 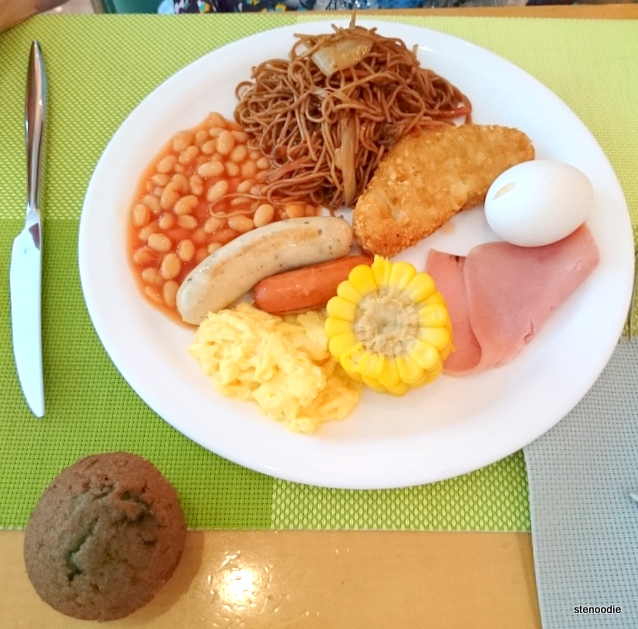 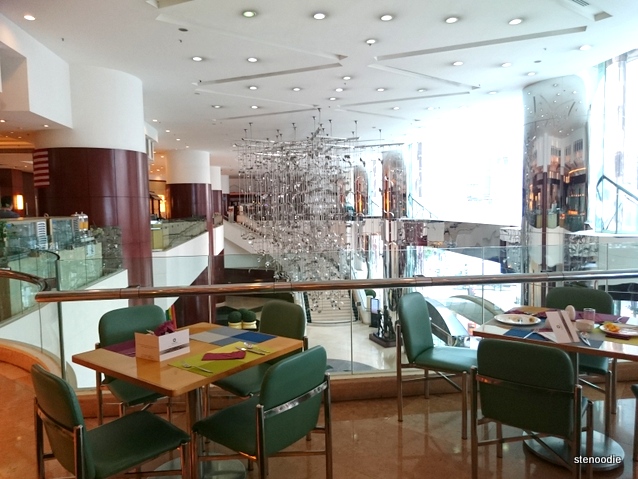 The view in the morning was just as nice