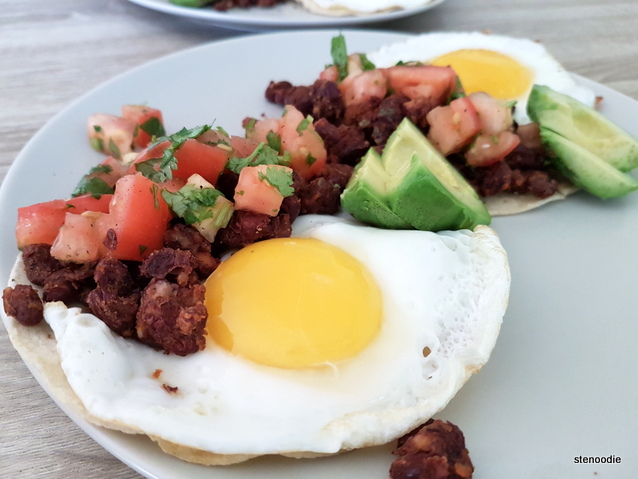 Huevos Rancheros from One Kitchen

For my third and last meal from One Kitchen this time around, I made the Huevos Rancheros, a traditional Mexican breakfast.  I’ve actually had this breakfast before both at a restaurant and made at home before (you can check the previous recipe here).  I chose this again to make from the meal prep service, One Kitchen, because I wanted to see how they altered and customized the recipe — since every chef and recipe is different out there.  I was glad that I got to try out these fresh ingredients to make another batch of Huevos Rancheros for me and my mom!

The difficulty level of this meal was beginner and there was a suggested time of 30 minutes of prep. 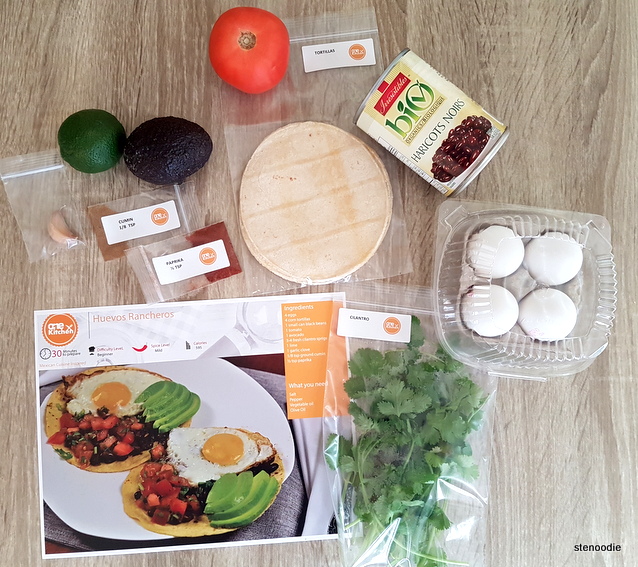 All the included ingredients from the delivery package 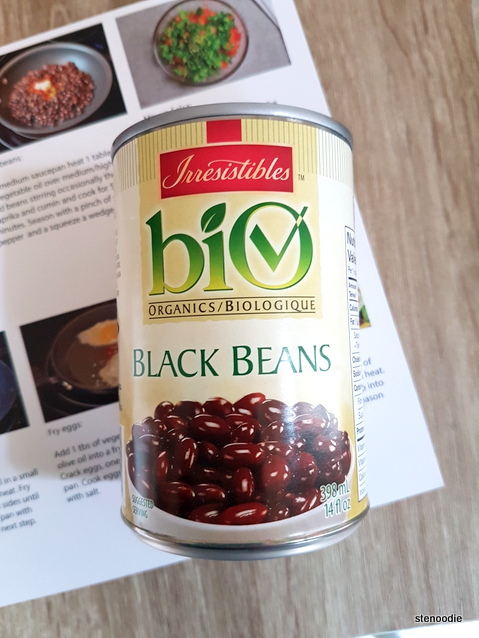 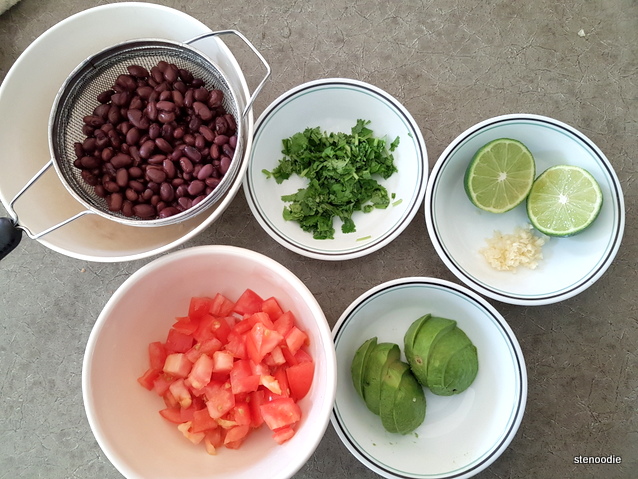 I thought that this was very easy to make and anyone could do it at home.  All you needed were eggs, tortillas, beans, avocado, tomatoes, and that’s mostly it!  All of these were provided in the package that One Kitchen delivered straight to my door.  It was easy, hassle-free, and all the ingredients were so fresh!  I especially liked the can of organic black beans that had nothing in its ingredient list except black beans, water, and salt!

After all the produce is washed and cut up and the black beans are rinsed and drained, then cook them over medium heat with the provided spices. 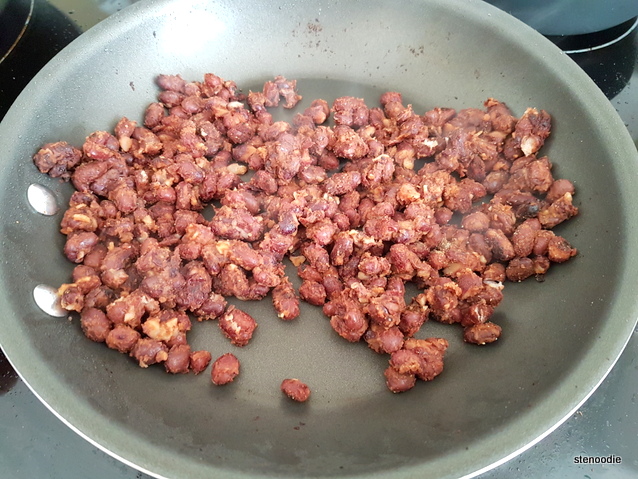 Mix up the tomatoes and cilantro and lime juice to make the salsa. 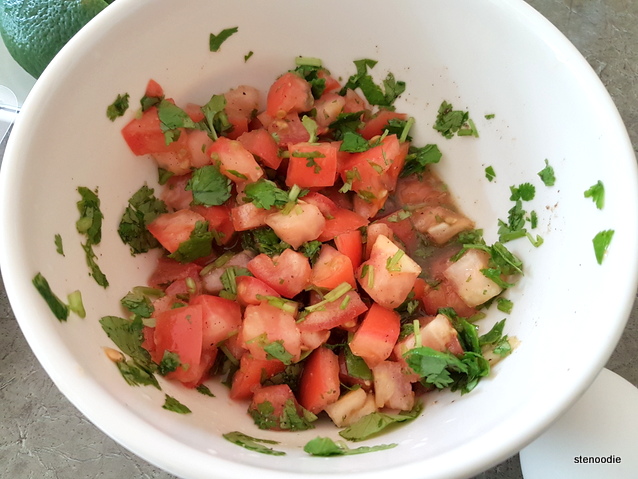 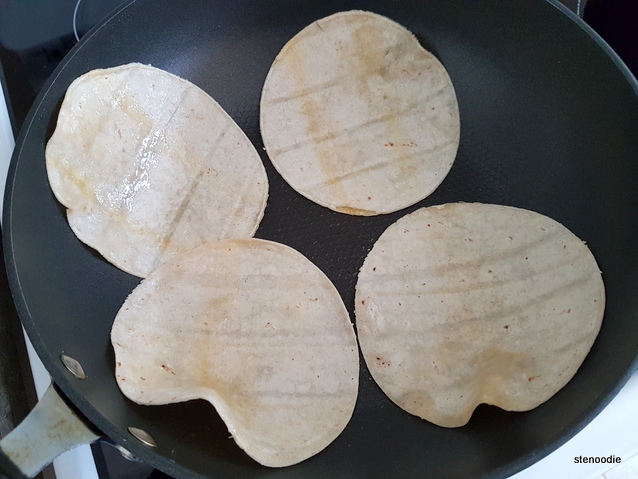 Fry tortillas one at a time until firm but not crispy

Then fry the eggs.  Also easy! 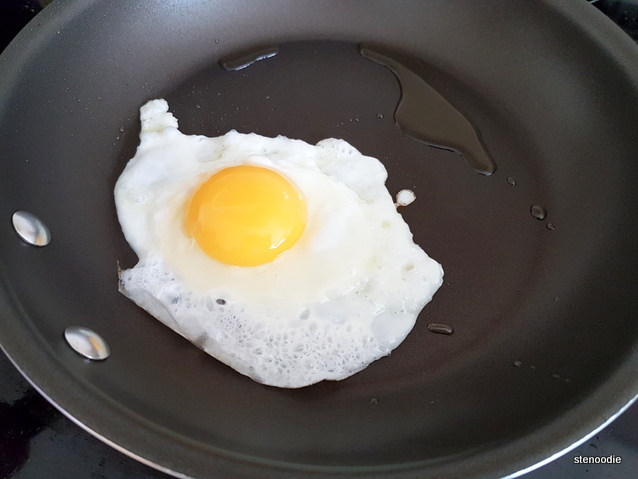 Sunny-side up eggs are not my preference of eating, but I did it this way according to the recipe (and for the photos :P) 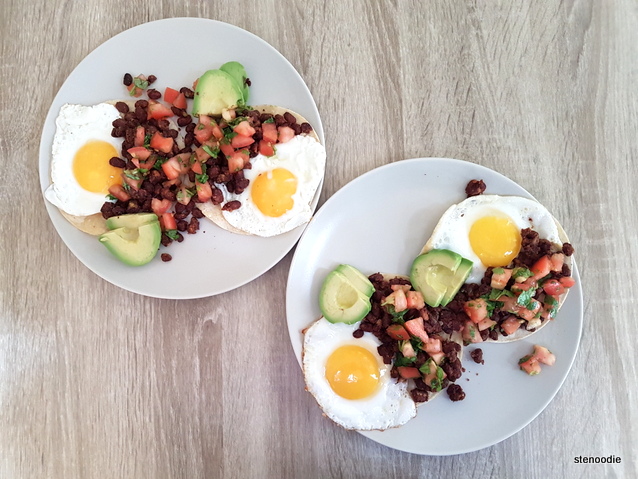 Then plop it all together nicely on a plate and there you have some Huevos Rancheros!  I found this recipe much easier and had fewer steps than the previous Huevos Rancheros that I made at home.  This one didn’t involve an oven and was very quick to whip up for a family of two or four.  While this recipe was meant for two people, it actually could have served up four people!  Yummy and nutritious start to the day. 🙂 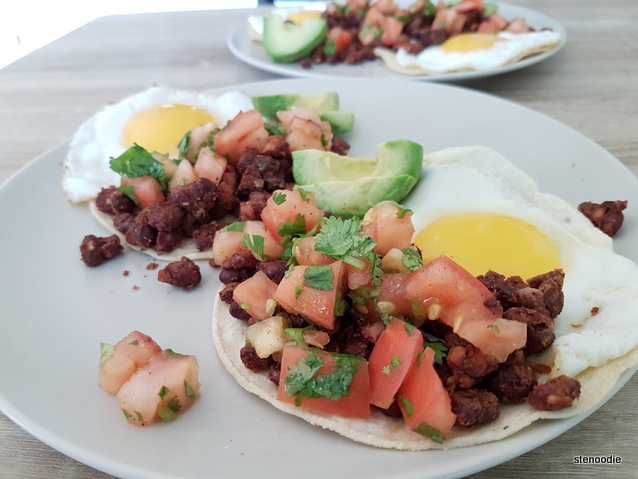 FTC Disclaimer:  Although One Kitchen reached out and provided me with a complimentary package to review their services, the opinions expressed here represent my own and not those of the company.

I'm a stenographer, foodie, avid traveller, and new mom who loves to share her experiences with the world.
View all posts by stenoodie →
This entry was posted in Complimentary Adventures, cooking, Food and tagged home cooking, how to make Huevos Rancheros at home, Huevos Rancheros, making Mexican food at home, Mexican, Mexican breakfasts at home, One Kitchen, Toronto. Bookmark the permalink.