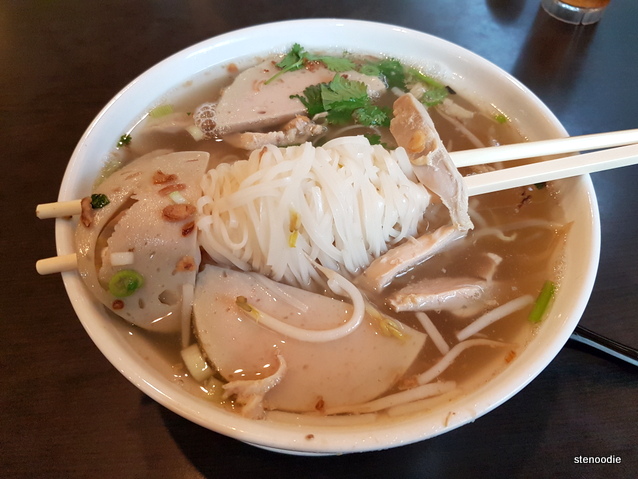 There were a decent number of people here considering it was only 5 p.m.  The restaurant itself showed its age thanks to their chairs which had faded colour and the restaurant itself was quite plain.  It was Chinese run and the menu showed a large variety of dishes.  Since it was before the prime dinner time service, I witnessed the servers washing up cutlery and refilling up their condiment containers during this time.  (I found it rude that one of the servers shoved herself into our table space in order to exchange the condiment bottles for new ones; she could have at least uttered an ‘excuse me’.) 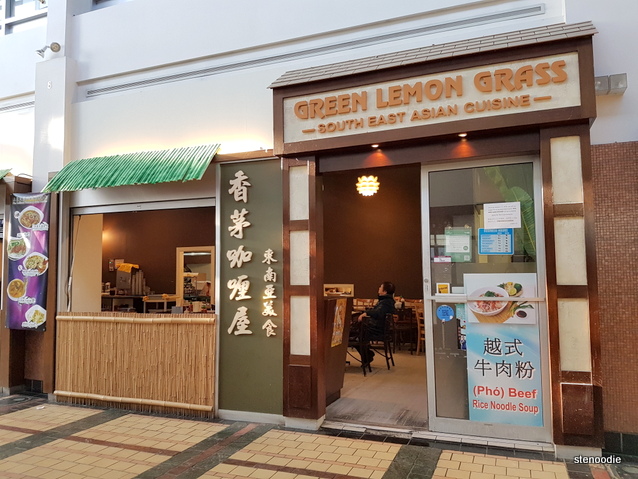 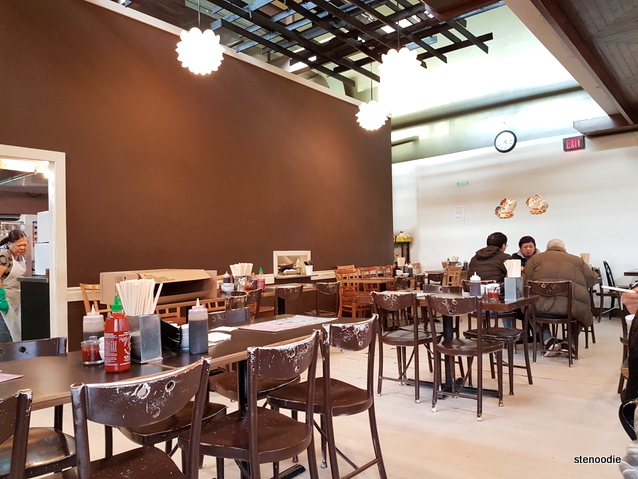 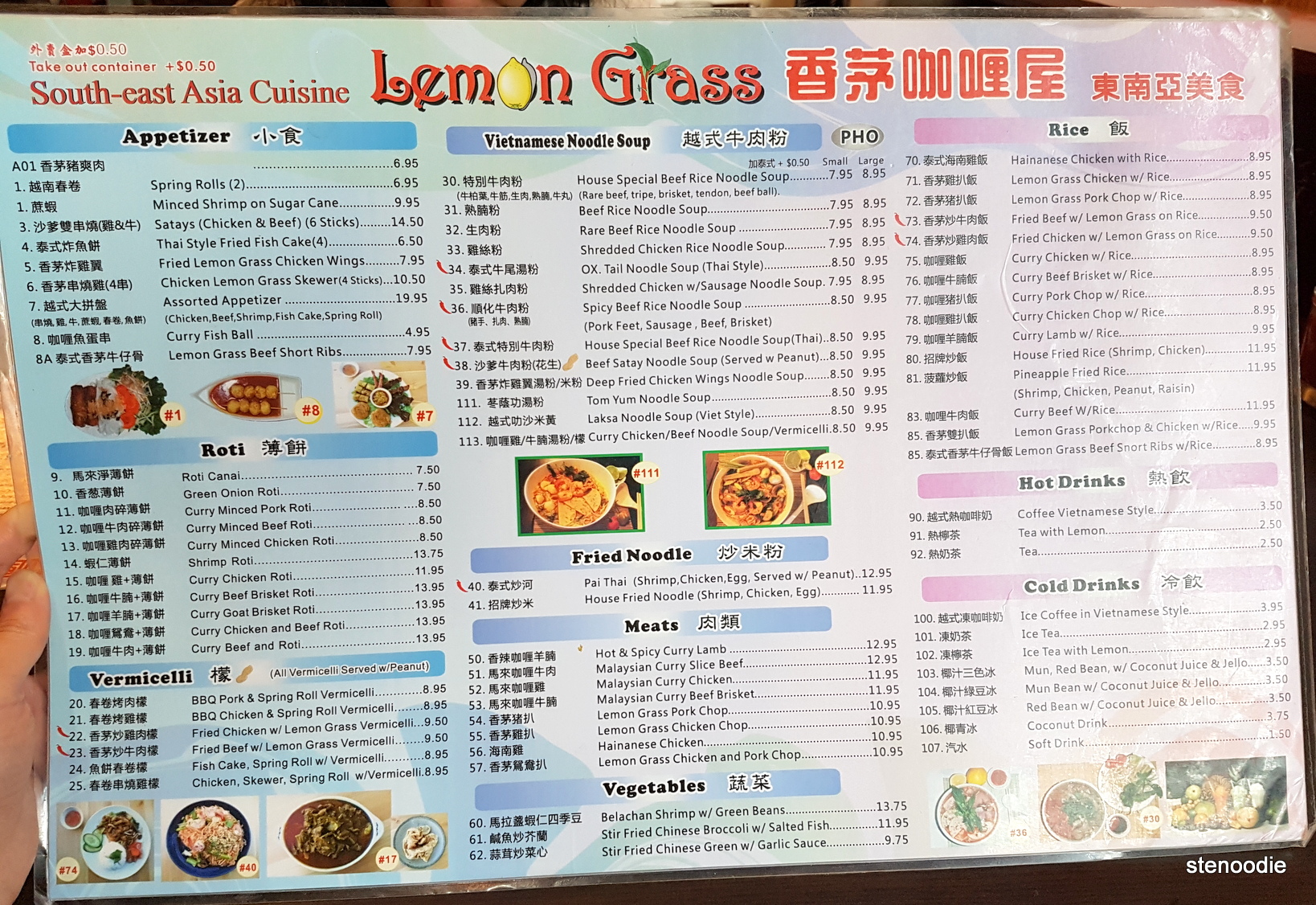 I decided to order the Shredded Chicken with Sausage Pho Noodle in Soup since I really like those Vietnamese sausages sliced thinly in soup.  My mom ordered the Curry Chicken Vietnamese Pho in Soup.  We also ordered an appetizer, Thai Style Fried Fish Cakes. 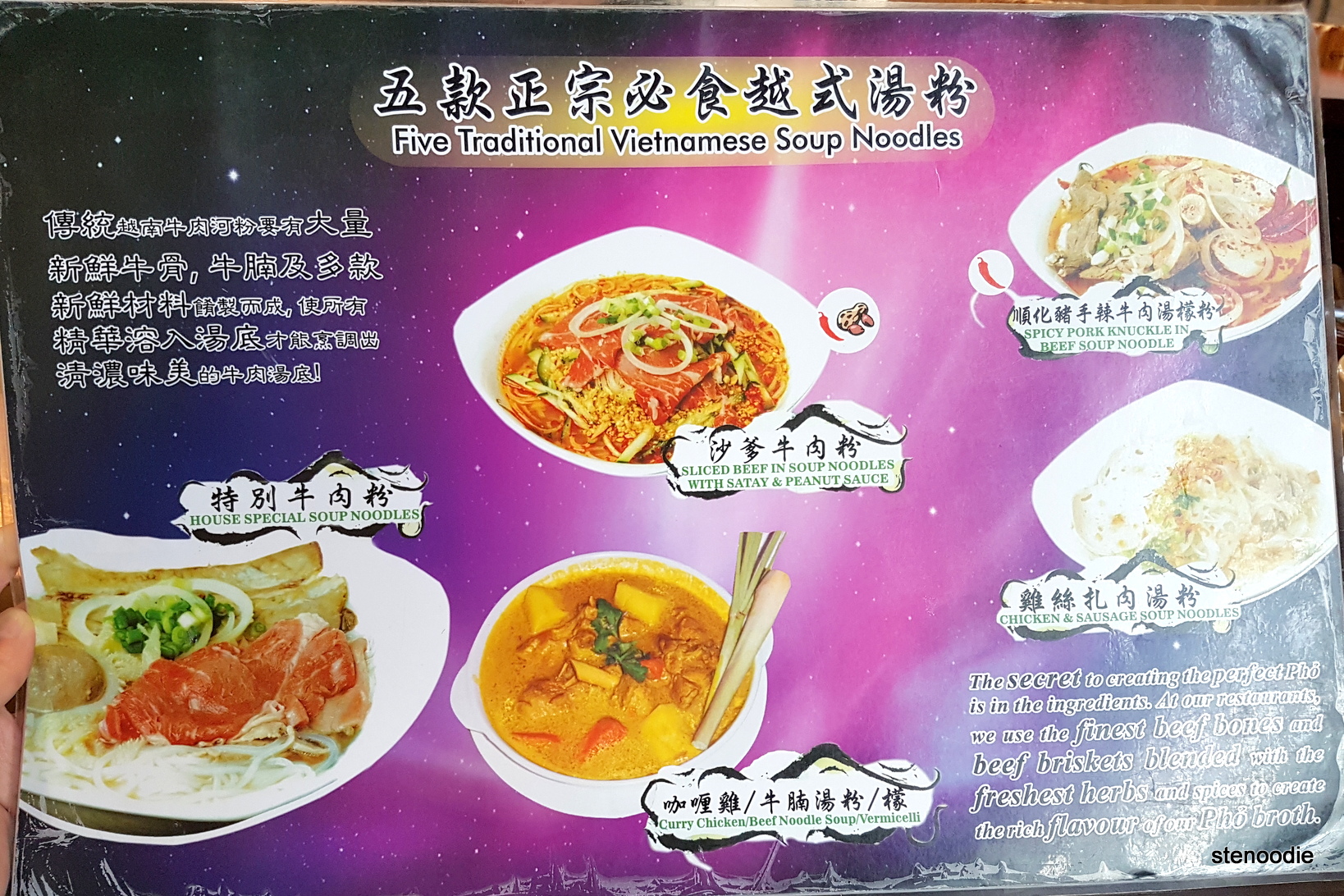 I made my pick based on this photo on the back of the menu — it looked great!

Shortly after I received my order of Shredded Chicken with Sausage Pho Noodle in Soup, the same server came back to inform us that they didn’t have enough fresh pho noodles to cook for my mom’s portion of pho and asked if she wanted to vermicelli instead.  Um, vermicelli is not the same type of noodles as pho at all and curry would have been ideal with pho so that it could soak up the sauciness…  So, no, of course my mom didn’t want vermicelli with the curry chicken.  The server asked if she wanted the dry pho noodles and since my mom doesn’t like the taste of dry pho (fresh pho tastes better for her), she decided to forgo the order entirely. 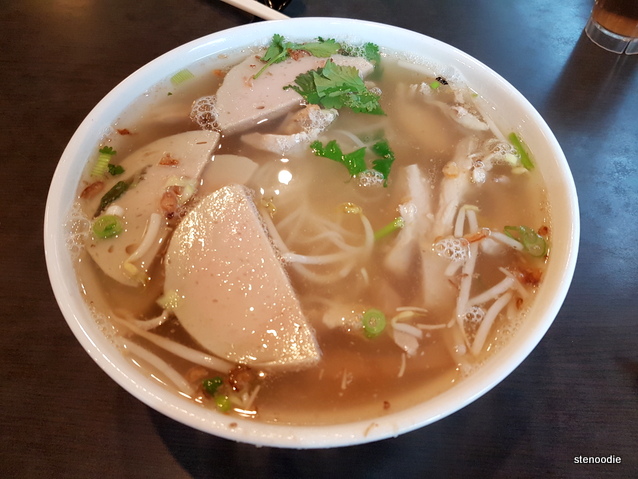 Anyway, my order of Shredded Chicken with Sausage Pho Noodle in Soup was so-so.  First, I liked that the broth was tasty and steaming hot.  Hot pho soup broth is so important.  The shredded chicken were tender.  The pho noodles were decent.  However, the Vietnamese sausage was cut too thick and didn’t taste good at all.  I have fond memories of eating Vietnamese sausage in soup noodles that are almost always delicious.  This one was really disappointing based on it being so thick and kind of flavourless.  Boo. 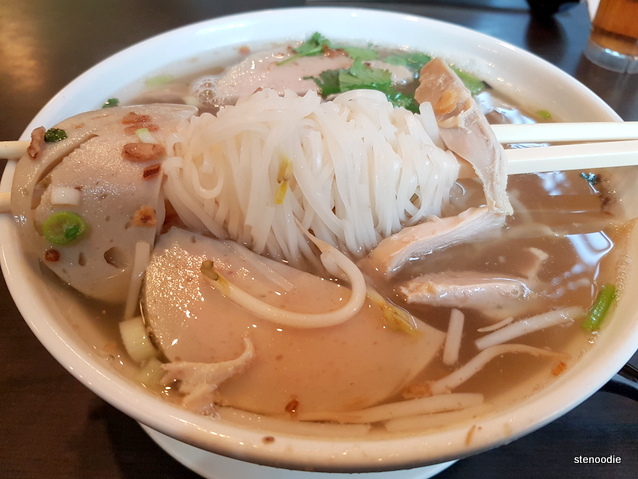 We were waiting on the appetizer still and it hadn’t arrived yet.  We asked the server about it and when she said, “Oh yea, the fish cakes…” and from the expression on her face, we knew she had forgotten about inputting the fish cakes order completely.  She said something about getting it to us soon but it was obvious to us that the order had been neglected.  At this time, she also asked us what we wanted to do about the curry chicken order.  Well, they didn’t have the fresh pho option so we didn’t want it anymore.  She further elaborated that because they only receive 20 orders of fresh pho each day and that they don’t keep it overnight, that’s why they had run out already.  Now, I don’t know if she was telling the truth (why wouldn’t she), but it seemed odd that a Vietnamese restaurant would “run out” of fresh pho right before dinner time on a weekend.  Nevertheless, I just was disappointed already with the dining experience. 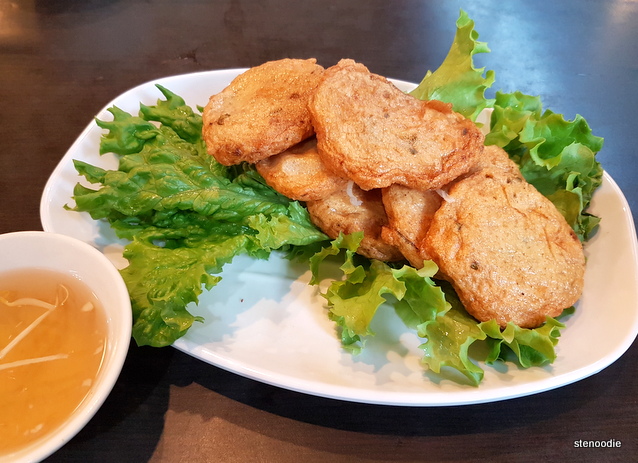 The Thai Style Fish Cakes finally arrived.  They arrived nearly stacked on top of one another on a plate with fresh lettuce and fish sauce.  The Thai Style Fish Cakes were decent.  They smelled of fresh herbs but weren’t amazing.  They had a tiny hint of spice in them.  My mom wasn’t a fan of them at all, saying they were too thick and didn’t taste of fish.

All in all, this was a very disappointing and unfortunate first visit to Green Lemon Grass.  I’m not sure if I would want to return again given this first bad experience.  However, I notice that other food bloggers have given this a fairly high rating and they have returned time and time again for their favourites here… maybe we didn’t order the “good stuff” this time around.  No matter what though, first impressions matter a lot and I was left very disappointed with this experience.