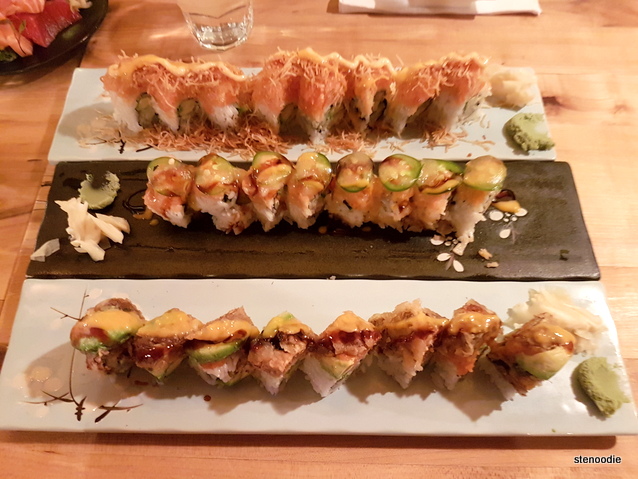 This past week, we kicked off the weekend with some sushi from Saku Sushi!  Saku Sushi is located on Queen Street West, which is like foodie heaven to me — there are so many great restaurants on that street!  I became aware of Saku Sushi after seeing beautiful photos of their sushi on Instagram.

(Apparently, Saku Sushi serves as the second location for the popular Hub Sushi in Thornhill — which I went to earlier this year.) 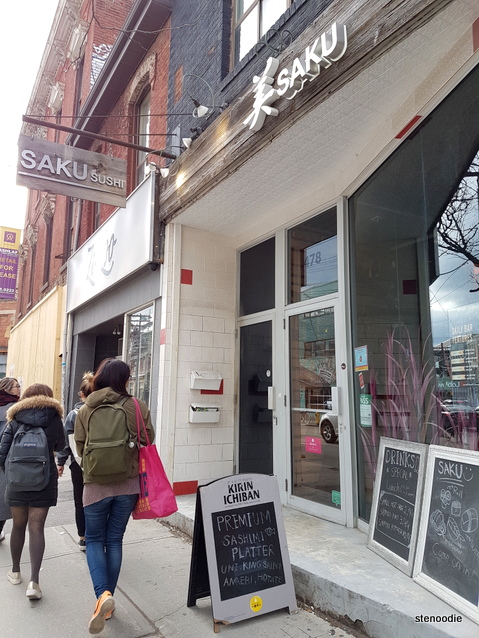 I made a dinner reservation for us and when I walked into the restaurant at 6 p.m., I immediately recognized it as the place where the now defunct vegetarian restaurant, Grasslands, used to be.  They had kept everything the same from the former restaurant. 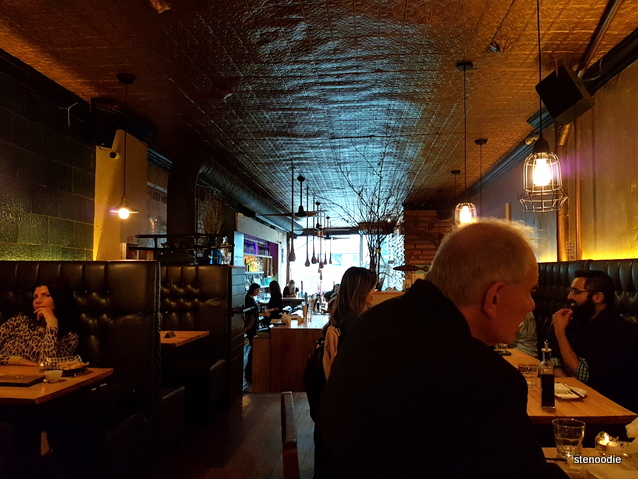 If you read my Grasslands blog post, you will see that the interior is exactly the same

We ordered three rolls each and a daily special sashimi sample to share.

Daphne got a Long Island Iced Tea that was super boozy! 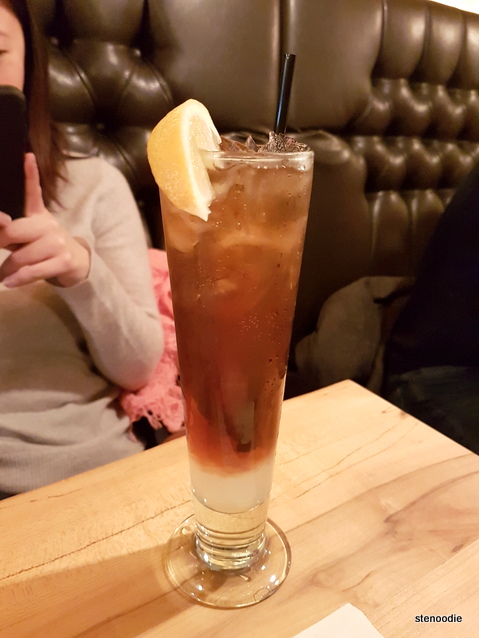 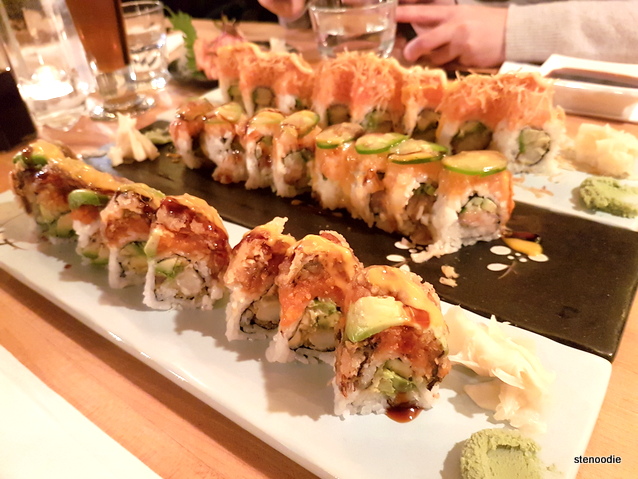 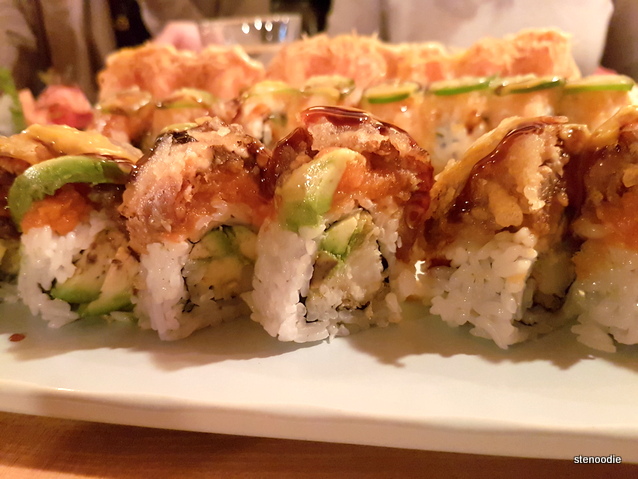 The rolls were absolutely gorgeous when paired together in the low light restaurant and were decently priced with eight rolls in each one. 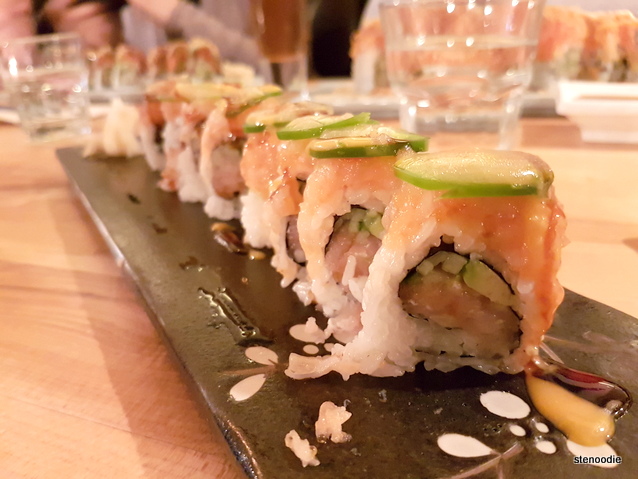 I liked the size of the rolls; not too big and definitely you were able to fit one entirely into your mouth if you didn’t have too many toppings on your roll.  I liked the Saku Roll.  It was creamy and slightly mushy.  I think the mushiness was due to the rice.  I didn’t taste too much of the scallop which was really the main reason for me ordering this roll — I wanted scallop in my sushi roll!  I liked the sliver of jalapeño on top of the roll that gave it some extra heat.

The Daily Special Sashimi Platter was smaller than I imagined but for $11 was a really good price for amazingly fresh and delicious sashimi.  We all especially liked the salmon sashimi for its fatty cut and smoothness and the hamachi was incredibly soft and melted in your mouth when you ate it. 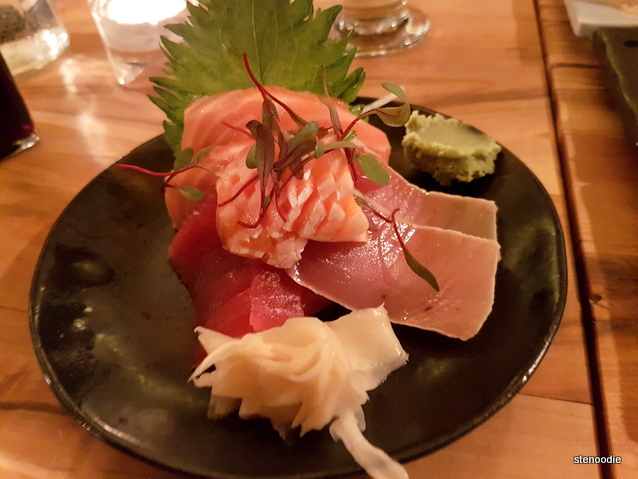 I think the sushi here was very similar to that of Hub Sushi now that I am reflecting on the visit.  The special rolls were definitely similar in ingredients, looks, and for having very subtle flavours of featured fish in each roll.  Next time, if I find myself at Saku Sushi again, I will want to try their aburi sushi since the photos I saw online seemed to show really tasty ones!