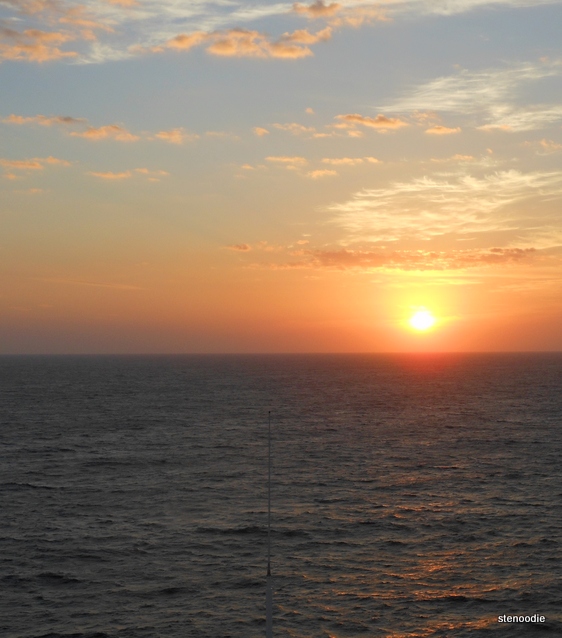 This week’s photo challenge is “evanescent: a moment in time that holds meaning for you”.  This photo was taken by one of my travel companions when I went on my first cruise to the West Caribbeans in April of 2014.  This is not only a fleeting moment in time because the sunrise doesn’t last very long (sometimes when you’re not paying attention, it seems like it turns from darkness to day light in just second) but also because it was mechanically a fleeting moment in time for me.  For some reason, when I was transferring my photos between my digital camera and my laptop during the cruise one night, I accidentally deleted my photos in the process and lost the majority of my photos.  Thus, it was an evanescent moment for me because I can no longer rely on my own set of photos that I took but can only recall it from my memory now and with the help of the photos that my travel companions took.  (Thanks, Krystyna for this photo!)

I'm a stenographer, foodie, avid traveller, and new mom who loves to share her experiences with the world.
View all posts by stenoodie →
This entry was posted in Weekly Photo Challenge and tagged evanescent, postaday, sunrise photos on cruise, weekly photo challenge, West Caribbean cruise. Bookmark the permalink.