Upscale Lunch Buffet at Yamm at The Mira Hong Kong 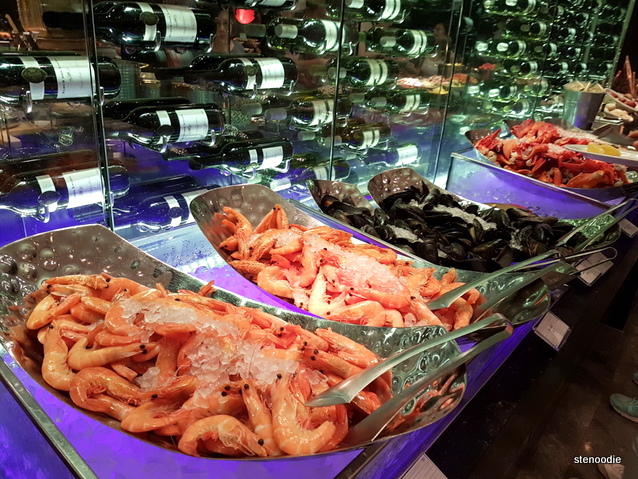 September 26, 2017:  Today, we dined with our travel buddies again for a lunch buffet at the Yamm at The Mira Hong Kong Hotel.  There was a deal where if you had four people, the fifth person was free.  We had six people together so it was still kind of a nice deal.

We arrived promptly at the posh hotel in Tsim Sha Tsui at 12 p.m.  The buffet restaurant called Yamm was actually located right in their hotel lobby off of the main reception.  The space was huge though!  The ceilings were very high and decorated with crystals.   We had had to line up briefly in order to get in.  We sat at a nice round table; one of the few in the restaurant.  The rest of the tables were either booths or plain tables.  Thus, they didn’t have a lot of tables for large parties unless they combined some. 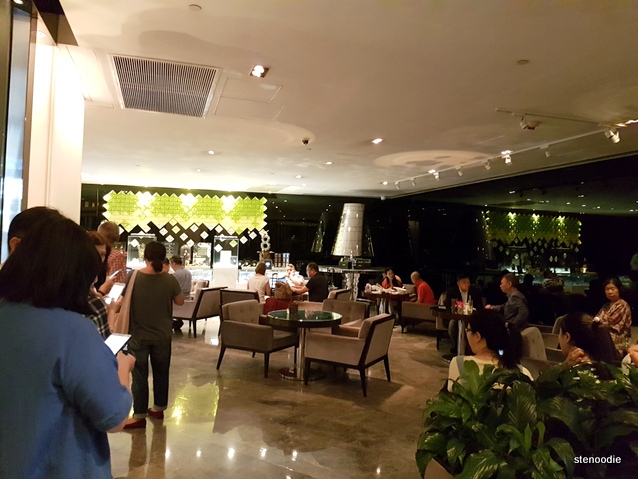 Lining up to go inside 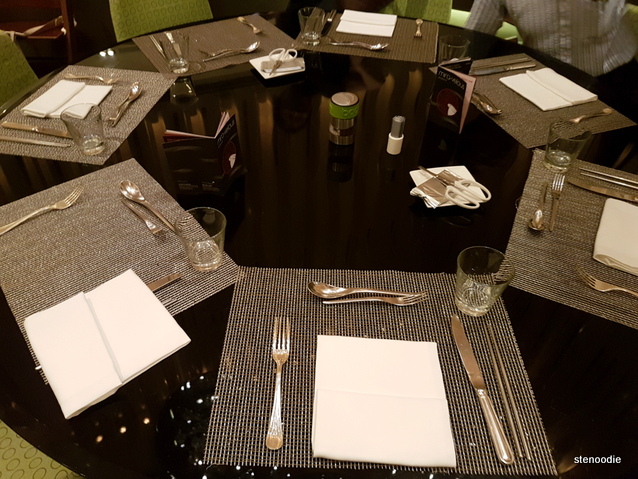 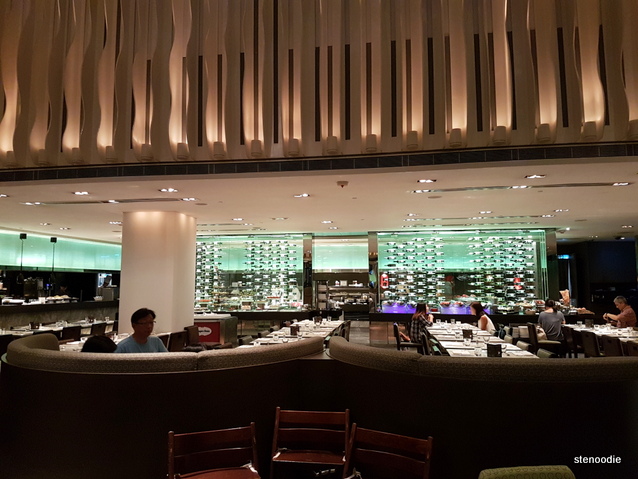 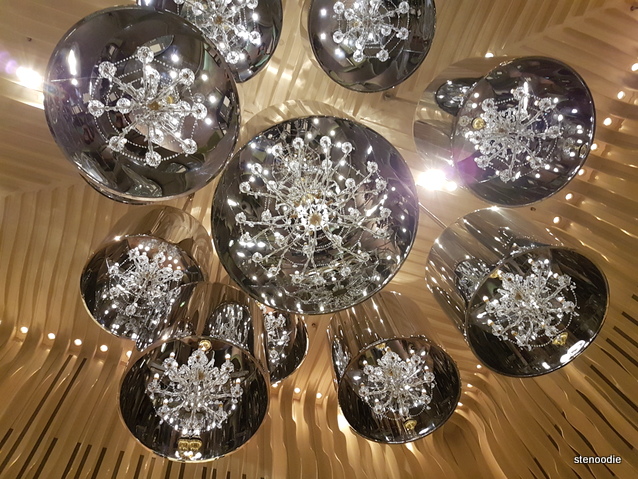 Sparkling chandeliers above us 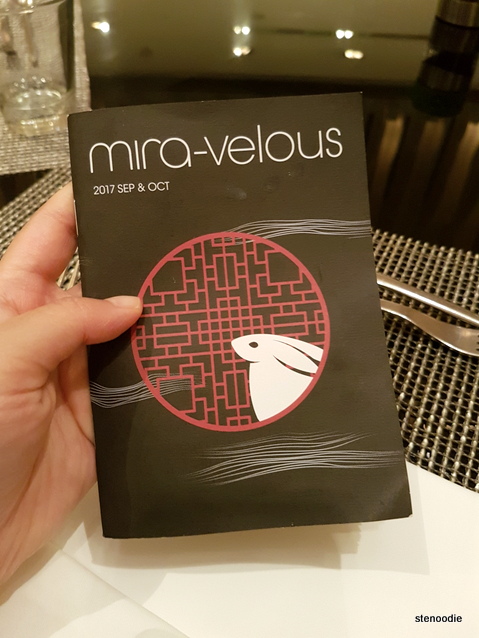 Events at The Mira during September and October 2017

When I went out into food selections, I was impressed with the high quality and caliber that was used to showcase all of the food items.  Everything looked so pretty and was so arranged meticulously!  I tried to take as many photos as I could before the hoards of people started to dig into the food XD. 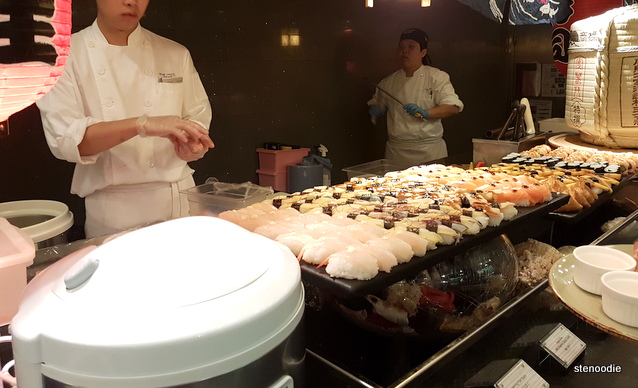 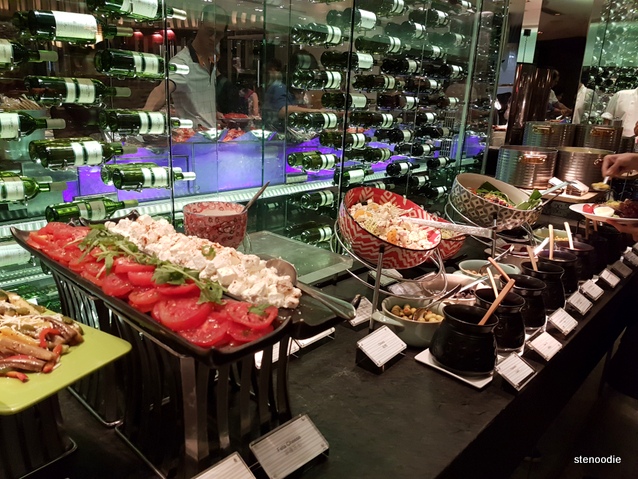 Fresh items at the cold cuts and salad bar 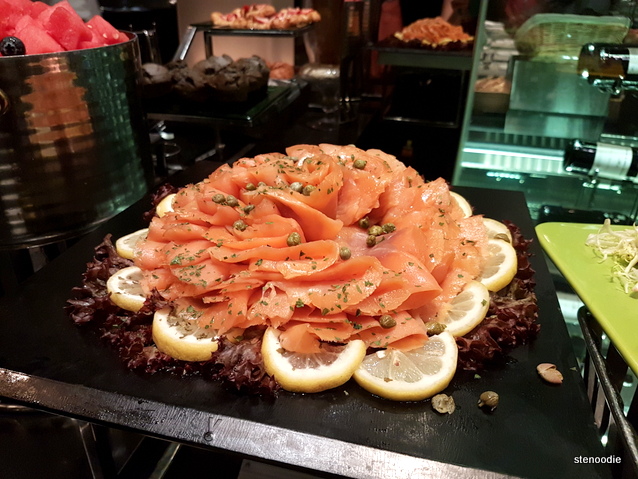 What a beautifully plated platter of smoked salmom! 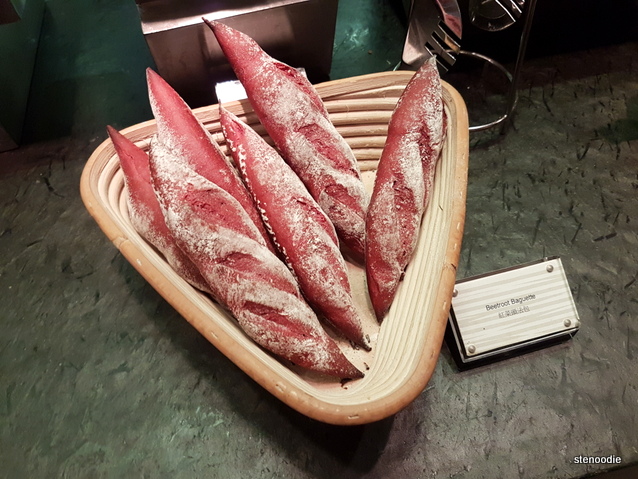 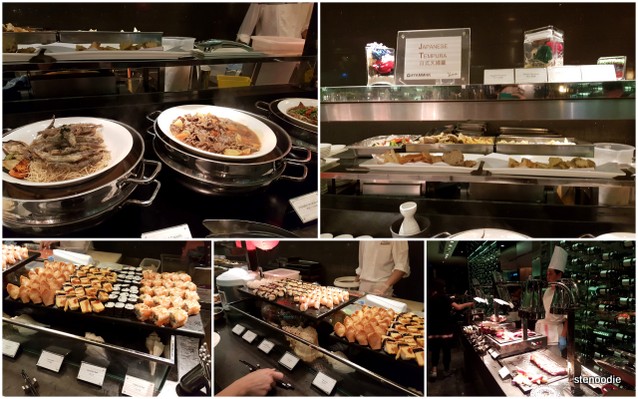 A lot of Japanese food items plus a carving table

Overall, I liked the food.  I thought the presentation of everything was so gorgeous and detailed.  I liked the salmon sashimi (been a big fan of it at Hong Kong restaurants because the fish is so fresh).  There was an abalone sushi too that was unique.  I liked the cheese selection a lot; the cheeses were so fresh and delicious.  The chilled seafood was quite good too.  I had a big lobster claw! 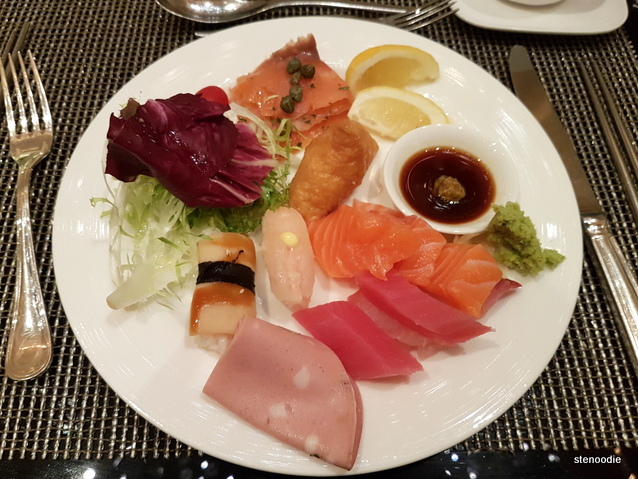 My first plate of cold cuts, salad, sashimi, and sushi 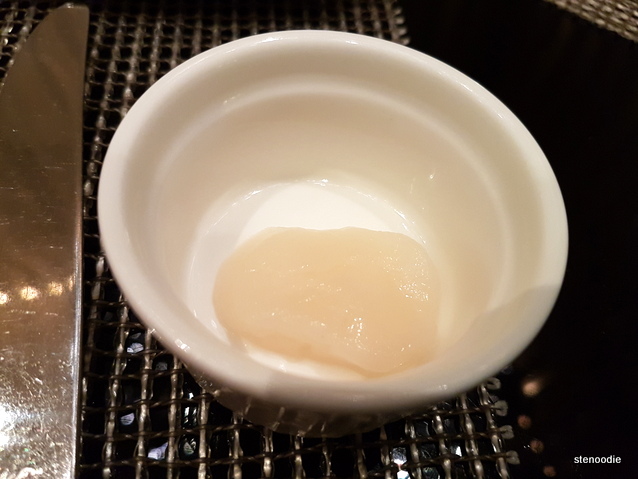 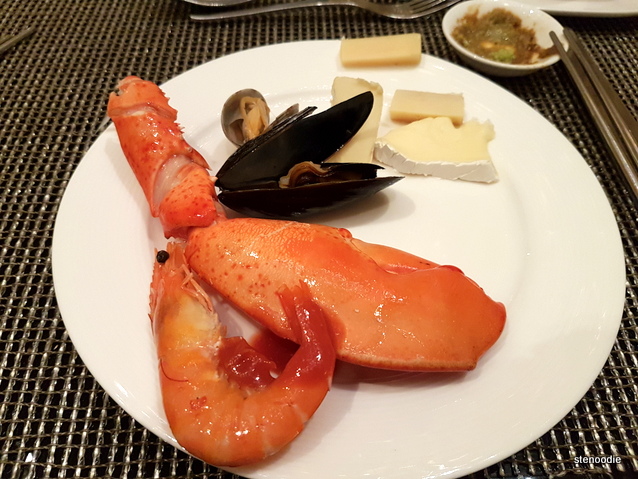 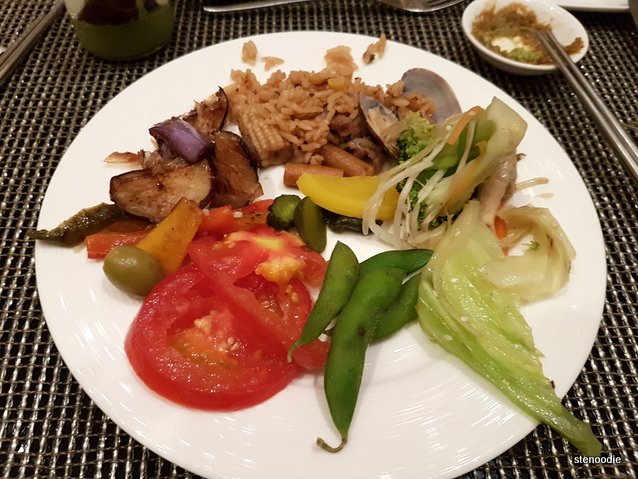 Variois veggies and some fried rice 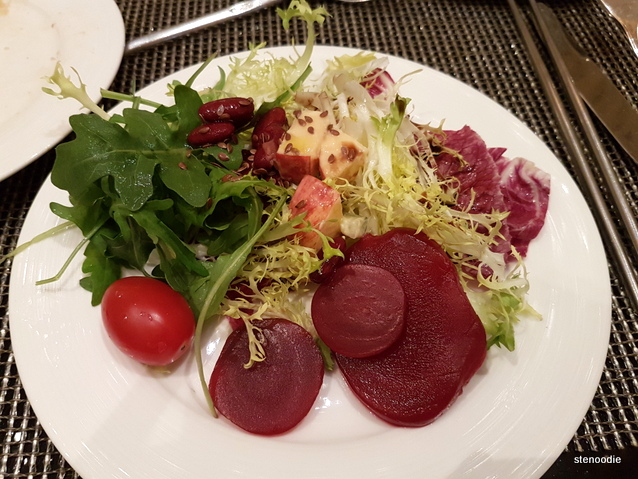 During the middle of our meal, when the server was clearing off our dishes, my mom had a full bowl of congee left.  She felt bad about throwing it away so upon removal of the bowl, she informed the server that the soup tasted a bit sour.  The server was very professional and checked up on the congee.  He came back later to inform us that the entire batch had indeed soured and threw it away.  He gave our entire table complimentary tea or coffee for the inconvenience too!

When it came to the dessert portion, it was like a huge dessert heaven!  There were so many types of desserts and all arranged so prettily and neatly again.  I liked the dessert but nothing really stood out that much in terms of taste. 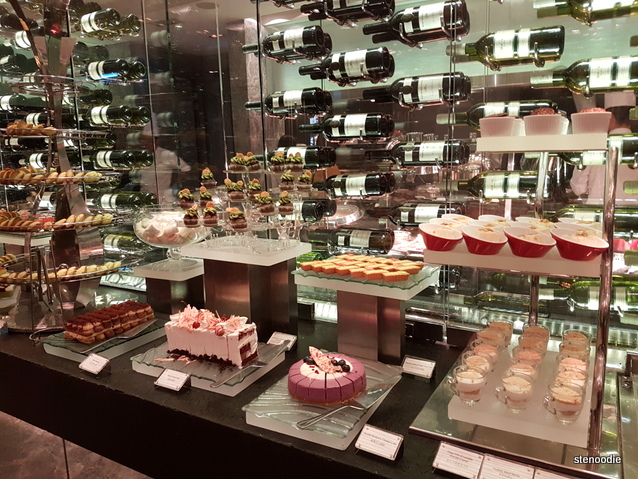 So many types of dessert! 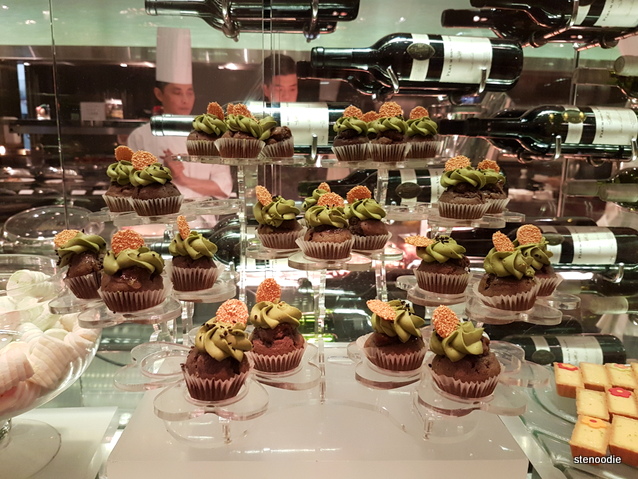 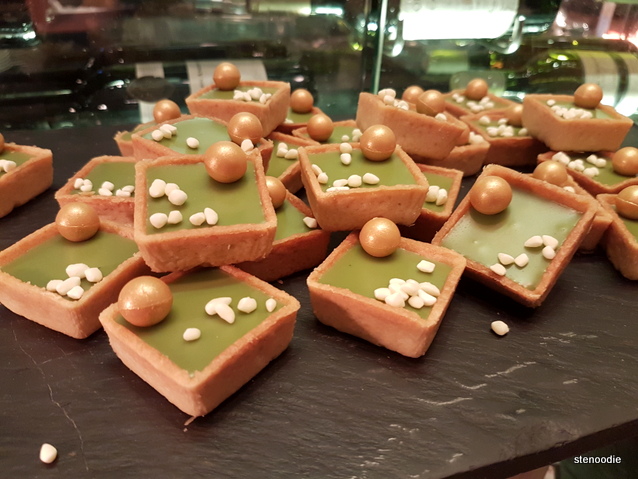 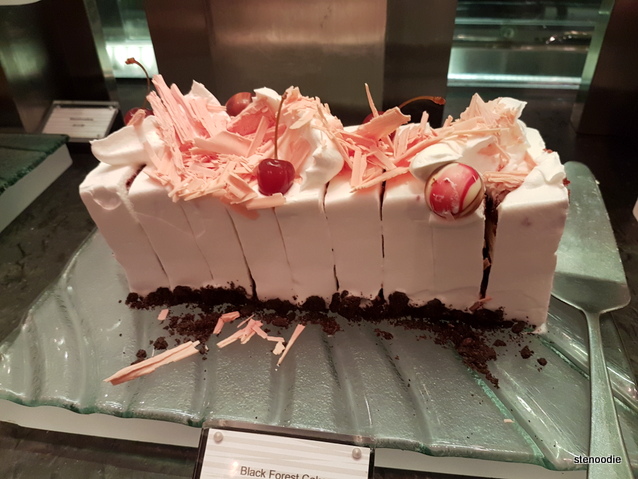 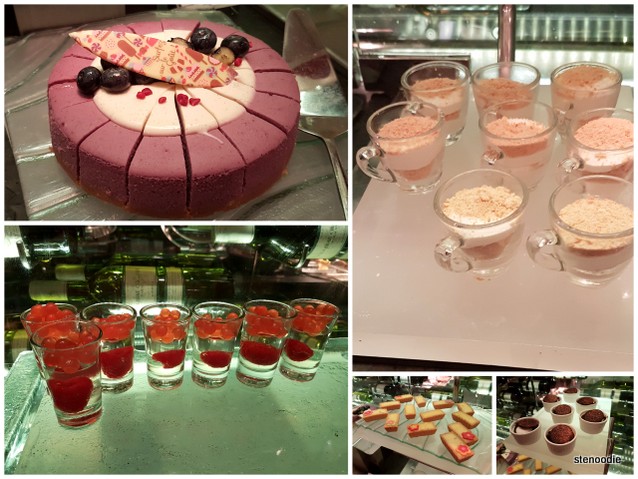 A lot of nice desserts. I wouldn’t expect any less of them 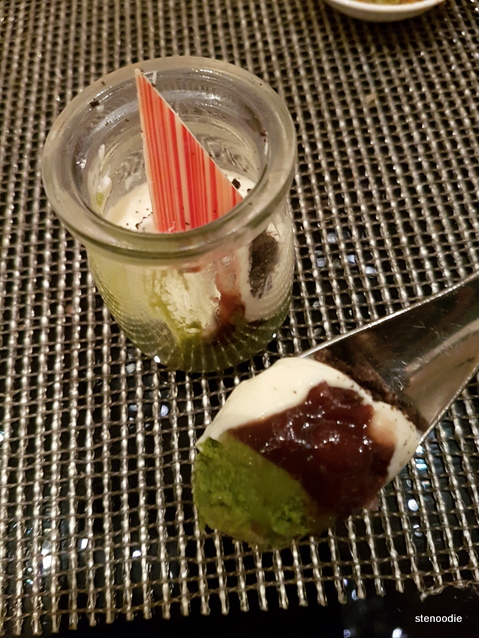 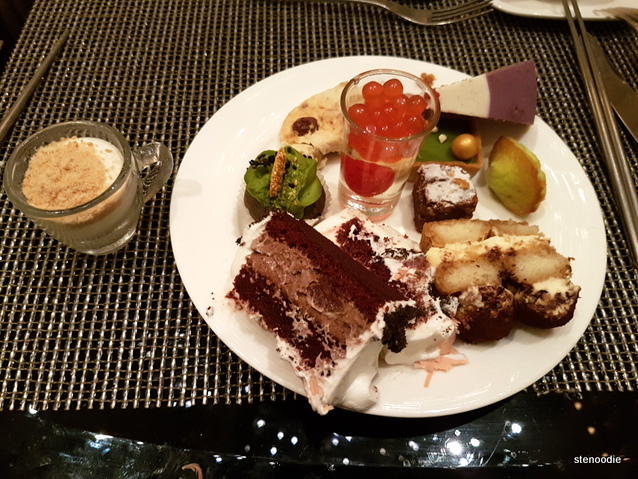 My plate of sweets 🙂 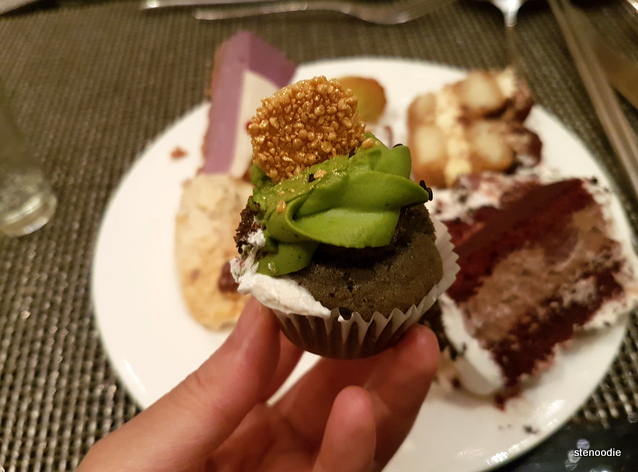 I’m grateful for getting a chance to try the buffet at the Yamm at Mira! 🙂 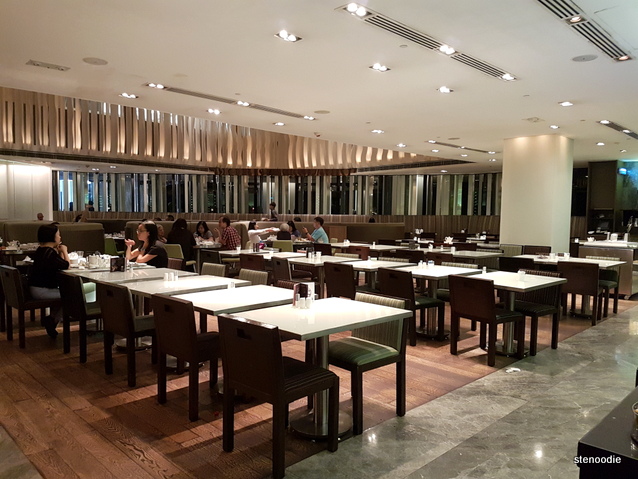 We stayed until the buffet tables were all closed. This was what the restaurant looked like with pretty much all the customers gone 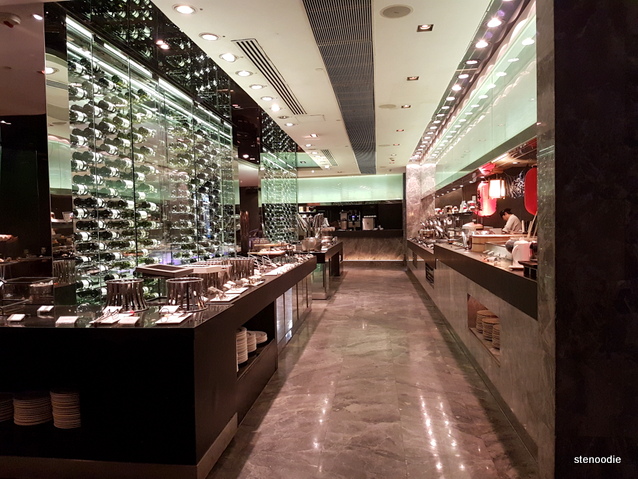