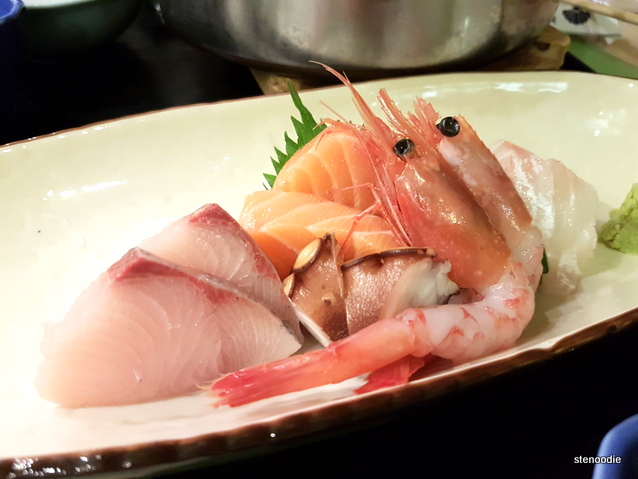 For our 2017 meetup, Carson took me to Restaurant Osaka (大阪日本料理) for dinner.  It’s located in Tsim Sha Tsui near Carnarvon Road and Nathan Road and also very close to the Tsim Sha Tsui MTR Station.

It was a Japanese restaurant on the second floor.  I ordered the Sashimi Set while Carson ordered the Beef Sukiyaki Set. 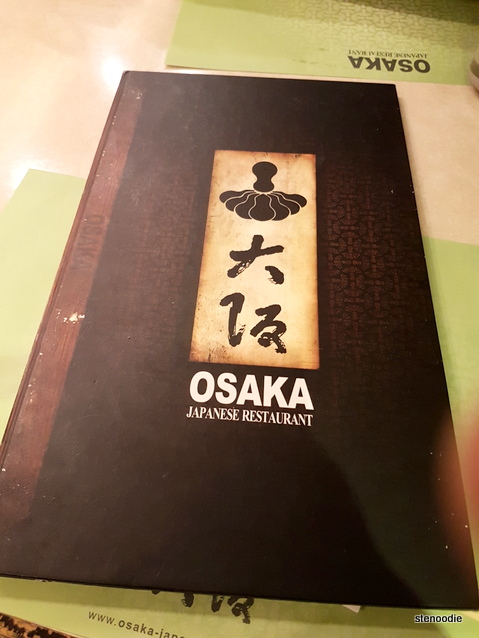 Both sets came with a bowl of rice, miso soup, two types of Japanese pickles, and a small appetizer of marinated beef tongue.  My Sashimi Set (魚生全餐) included shrimp, octopus, and three types of fish including salmon. 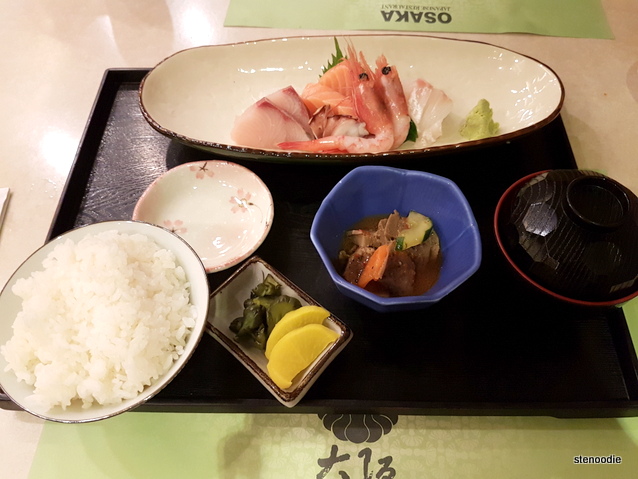 The Beef Sukiyaki Set (牛肉鍋全餐) was quite large with a huge vat of Japanese beef slices and a whole egg for dipping the beef.  I tried a piece and thought it was just okay. 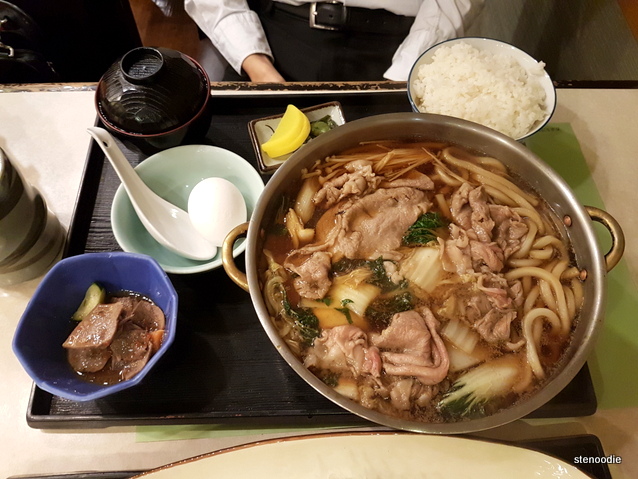 The sashimi was quite fresh and I especially liked the ebi shrimp.  I also liked the marinated beef tongue appetizer which was tasty.  The Japanese pickles were also a good mix to the set. 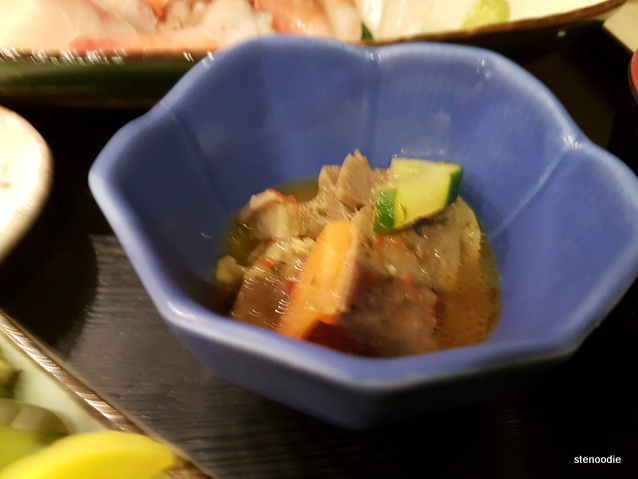 Oops, got a blurry photo of the marinated beef tongue 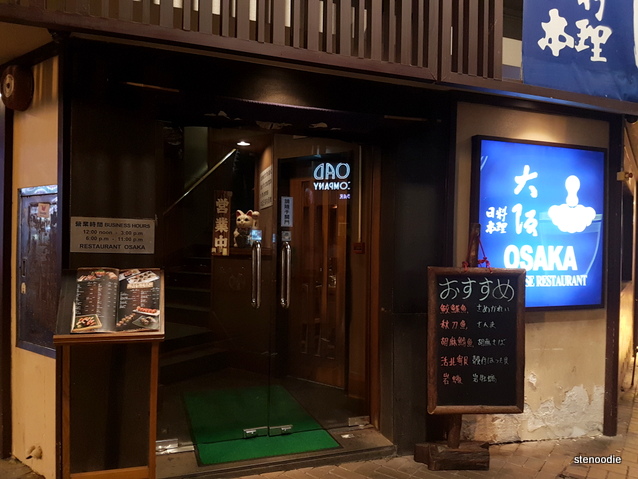 This turned out to be the only Japanese restaurant in Hong Kong that I went to for a meal during my trip in 2017.