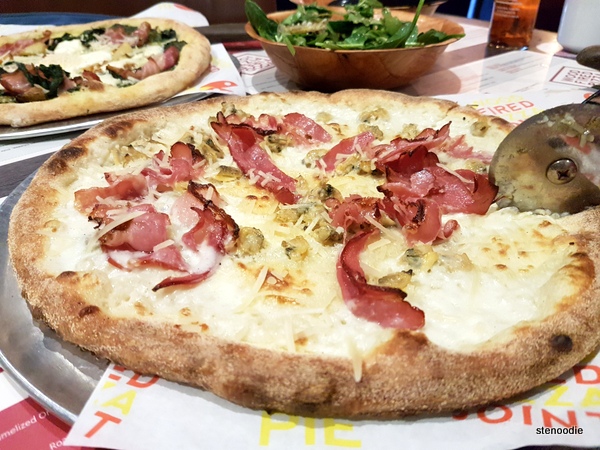 January 13, 2018:  Yesterday for lunch, we headed to Pie Wood Fired Pizza Joint in Woodbridge for pizza!  I was craving for it. 😀

When we arrived at 1 p.m., I was surprised that there weren’t very many guests inside.  I was expecting this place to be brimming with people on a Saturday afternoon.  I first heard about Pie Wood when we tried to wait for a table at their Collingwood location last winter (but ultimately didn’t get a table and went to Northwinds instead). 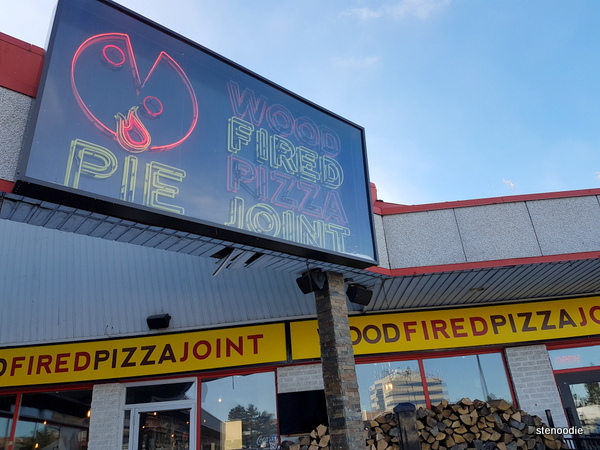 They had a lot of wood piled outside.. because they use wood to fire their pizzas XD

We were seated right away.  Our server was very cheery and friendly.  She made sure we were fine throughout the visit and didn’t interrupt unnecessarily. 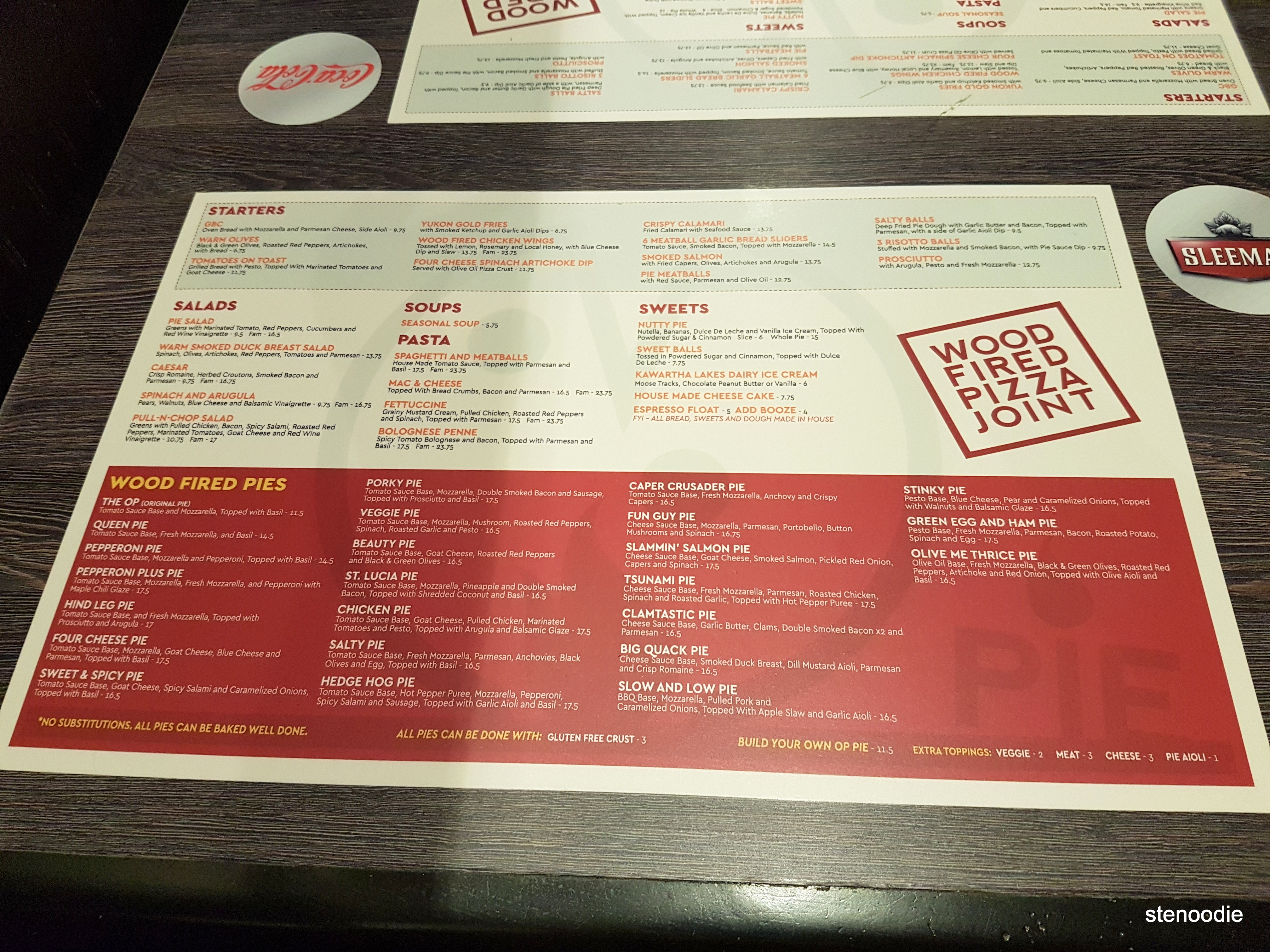 Menu pasted right on the table; so smart! 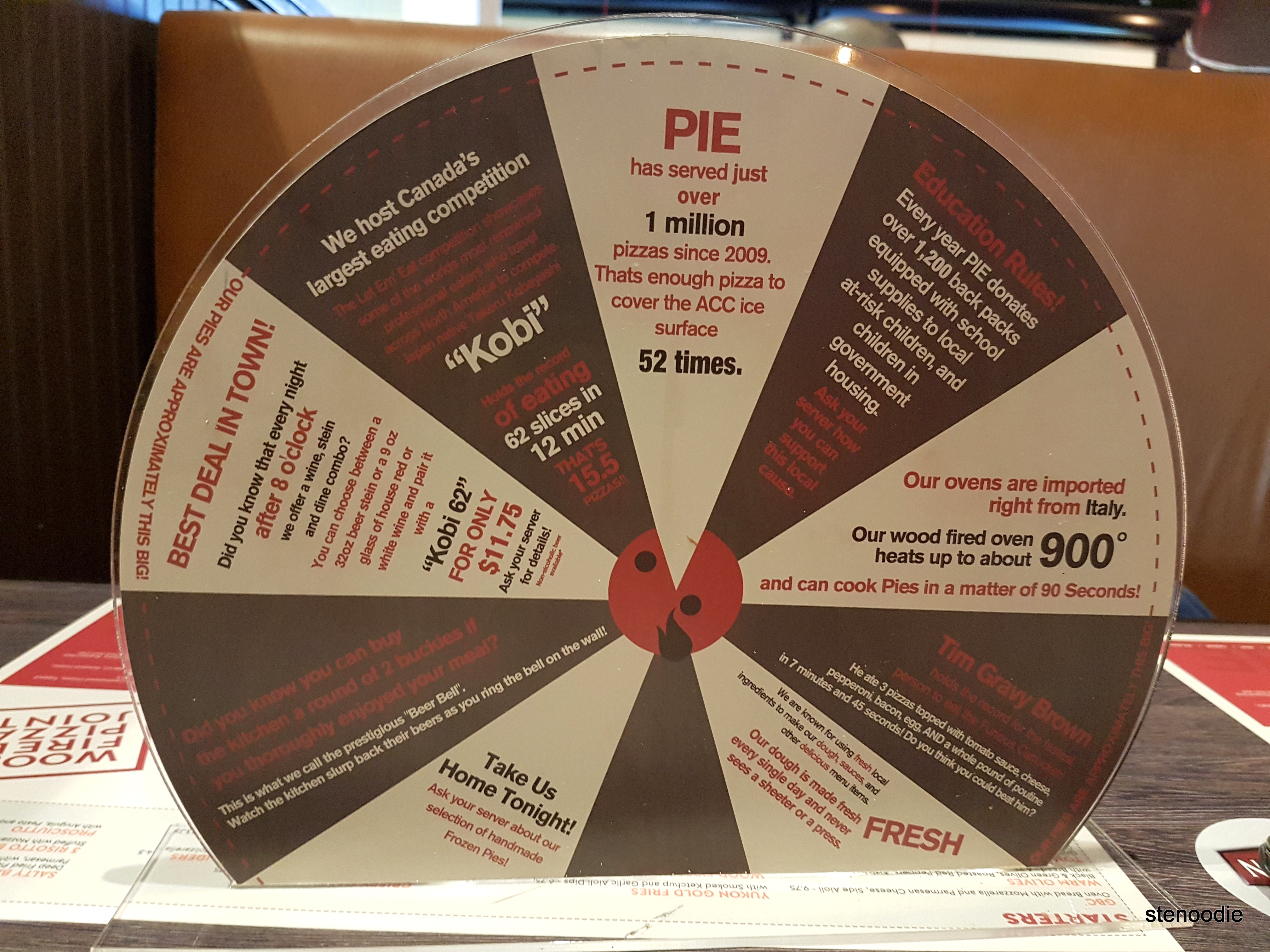 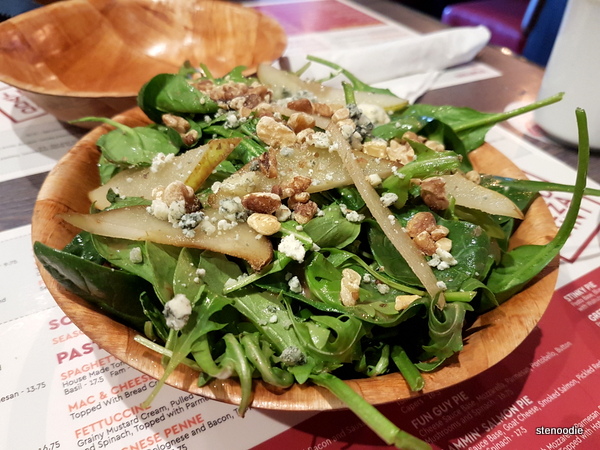 It took a little bit of time for the food to arrive, around 30 minutes,  (which I was surprised about because apparently each pizza only takes about 90 seconds in their Italy-imported oven to be fired up so I thought the food would have come out way sooner).  Our Spinach and Arugula Salad arrived first.  It reminded me immediately of the salad that we had at Lou Malnati’s last month since the ingredients were the same.

It had pears, walnuts, blue cheese, and balsamic vinaigrette.  It was a good salad! 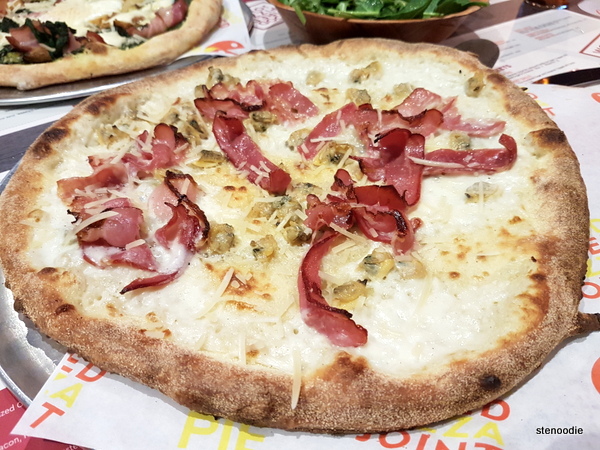 We ordered the regular sizes of the wood fired pizzas instead of the lunch portions.  The Clamtastic Pie stood out to me.  It had a cheese sauce base, garlic butter, clams, double smoked bacon, and Parmesan.  I found that the ingredients on this pie were placed a bit haphazardly meaning that there were some parts of the pizza that were devoid of bacon slices.  I liked it though and especially the cheese sauce base and garlic butter.

The bottom of the Clamtastic Pie was a bit more burnt than the Green Egg and Ham Pie though. 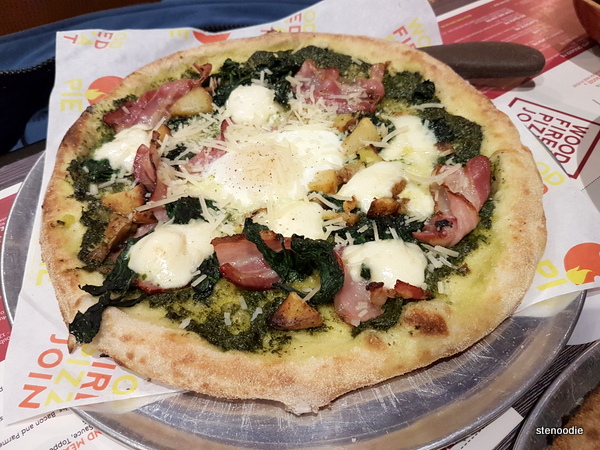 The Green Egg and Ham Pie had a pesto base (not often that a pizza has that), fresh mozzarella, Parmesan, bacon, roasted potato, spinach, and egg.  This was a more colourful pizza pie.  The roasted potatoes were a bit spicy.  I liked the flavours as they were more strong than the Clamtastic Pie.  The poached egg in the middle was good as well.

The pizzas came with an old school pizza cutter — I haven’t seen one of those at the table in a while!  While it made the experience of cutting the pizzas up yourself fun, it was slightly difficult to cut the pizzas because the pizza cutter blade wasn’t very sharp.

I liked the names of the pizza pies; they were quite unique.  If this place was closer to me, I might find myself here more often to have pizzas. 🙂  There aren’t too many pizza-exclusive restaurants other than the fast food ones like Pizza Pizza or Dominos around. 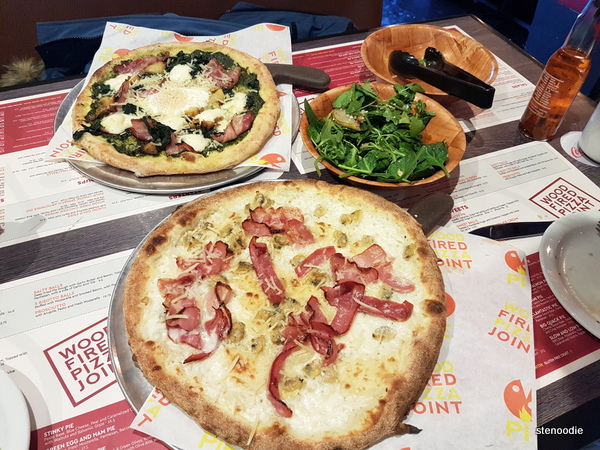 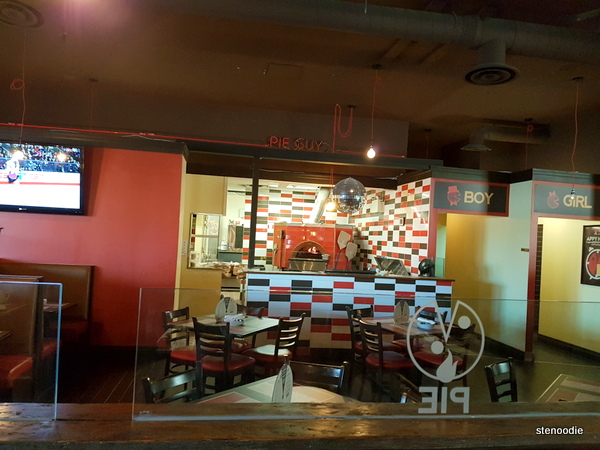 From our booth, we could see the oven firing up the pizzas