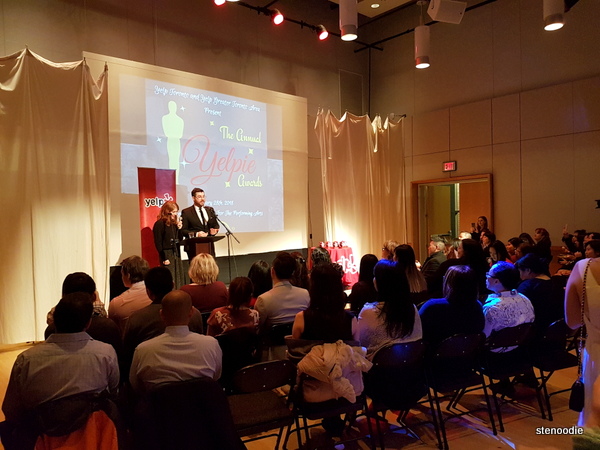 January 28, 2018.  Although I initially wasn’t fully interested in attending the Yelpie Awards, I was glad that I accepted the invitation and decided to go.

This year’s Yelpie Awards were held at the Richmond Hill Centre for the Performing Arts (at Yonge and north of Major Mac) at 7 p.m.  It was a really straight-to-the point “ceremony” with a catering company on site to provide us with sustenance.  The aim of the semi-formal event was to award those Elite Yelpers who had made a significant contribution to Yelp either by being the most funny, having the most reviews/contributions, being the most wordy, cordial, and so on.

When I arrived at 7:10 p.m., the parking lot of the event was quite full already.  There was a small room booked for the event with some sparkling wine and red wine and a coat check outside of the room.  There were already a lot of people there when I arrived and everyone was lining up for the food that was being catered by That’s Sapore, an Italian caterer.  We were served antipasti, mains, and desserts. 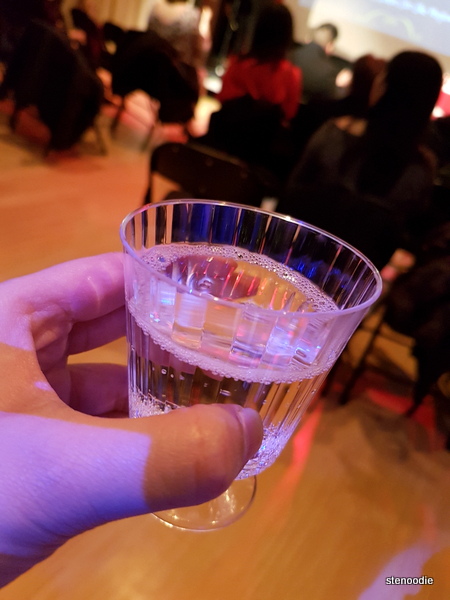 Some bubbly to start off the night 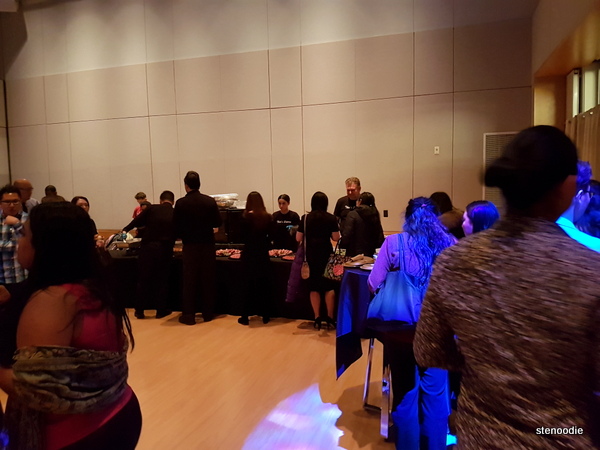 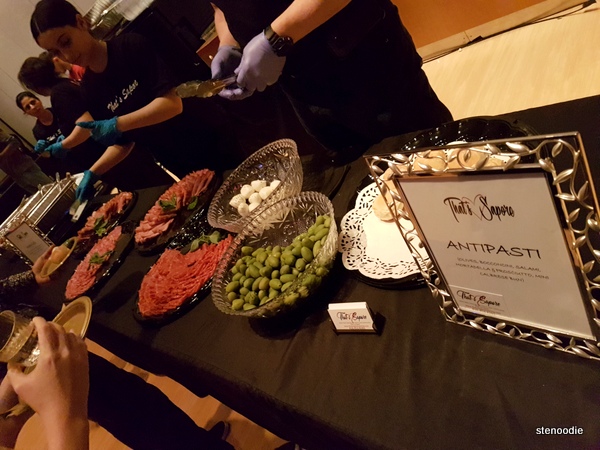 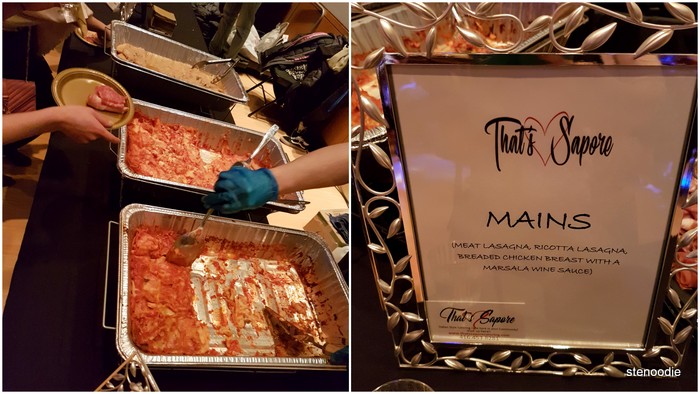 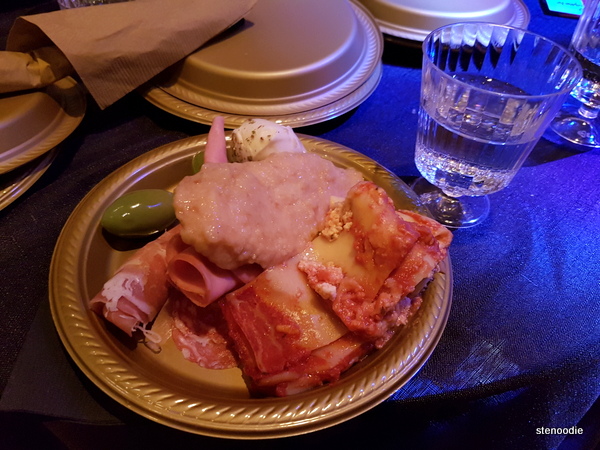 Quite substantial for a small meal!

The bocconcini was tasty.  I especially liked the green olives.  They tasted so fresh and weren’t salty at all (unlike most olives I’ve had) and were a bit “oily” in a good sense. 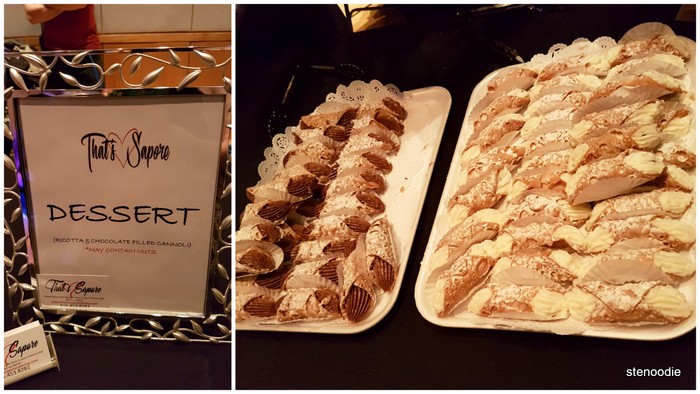 The dessert was ricotta and chocolate filled cannolis. 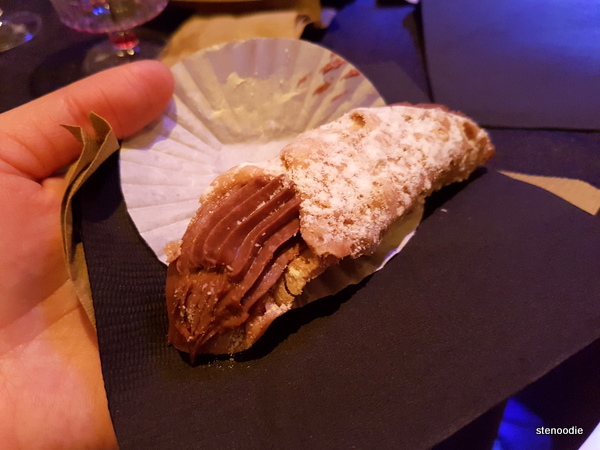 It was interesting to see who won the awards from both the GTA community and the Toronto Yelp community.  It was also nice to see some familiar faces and catch up with those foodies. 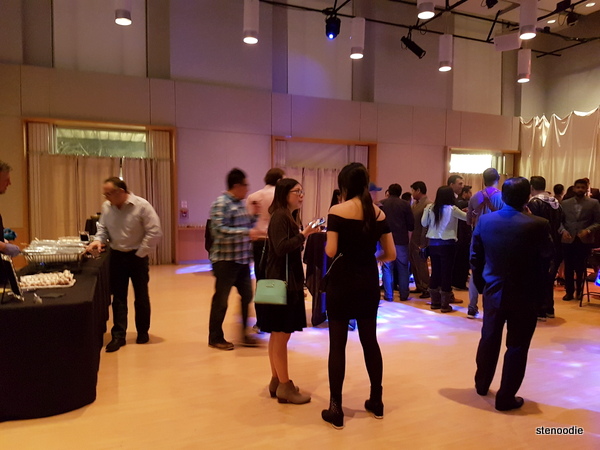 Everyone left by 8:15 p.m. or so when the awards were done

Thanks for having us, Yelp, and for hosting the venue, Richmond Hill Centre for Performing Arts! 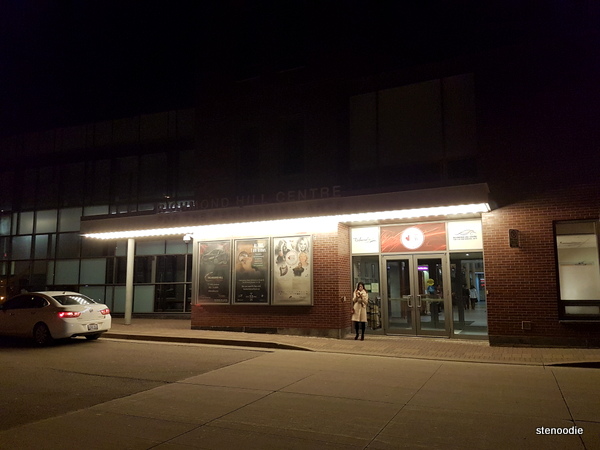