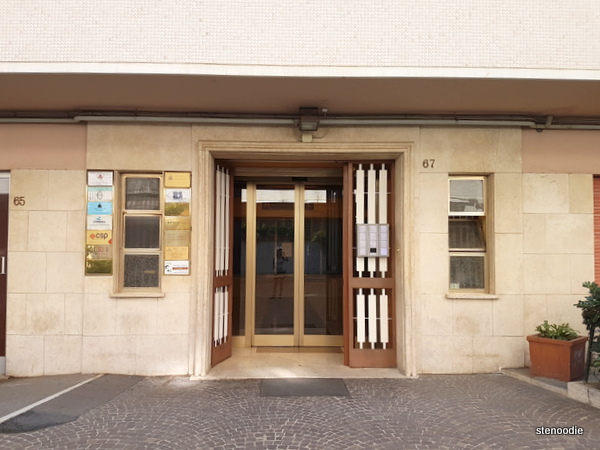 September 3 to 7, 2018:  For the first four nights in Rome, we stayed at a BnB near the Vatican City outside of Rome.  This proved to be a great alternative to staying within the city itself as we were only five minutes away from a Metro subway and the area was a residential one with many good local eats, pharmacies, and grocery stores.

Our host, Edoardo, welcomed our stay personally by sending us a detailed message about the different routes of getting from the airport or train station to the residence (such as train, bus, or taxi) and even gave us his number for us to connect on Whatsapp prior to our arrival.  This was much appreciated. 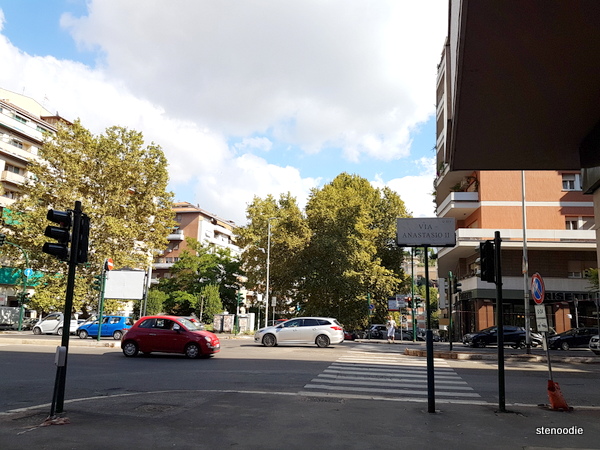 Intersection of where the building was. This street was called Via Anastasio II

As we arrived at the Leonardo airport, we sent him a message upon which he asked us to meet at the BnB at 12:10 p.m.  We got to Vaticunum 67 (a bit hidden and can be hard to find but since we arrived by taxi, the taxi driver brought us straight to the building).  We went up to the fourth floor via a small elevator.  The elevator was different from the ones that I’m used to.  There was an exterior door covering the elevator door itself that you had to open in order to get into it.  It was a very small space inside, fitting only two persons. 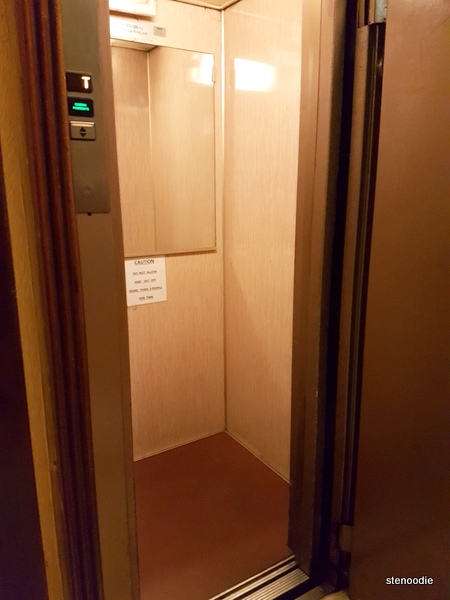 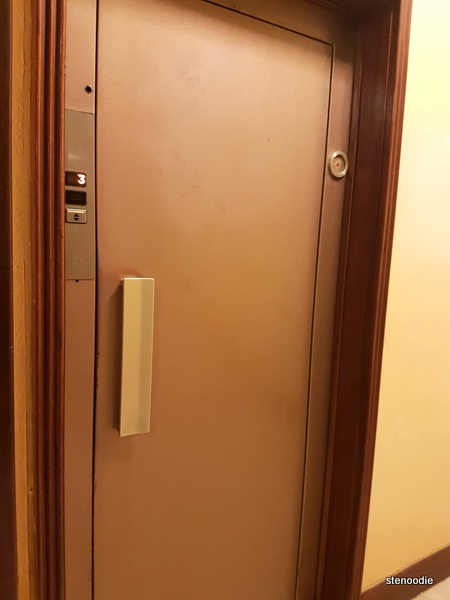 Closed and locked door when the elevator has not arrived 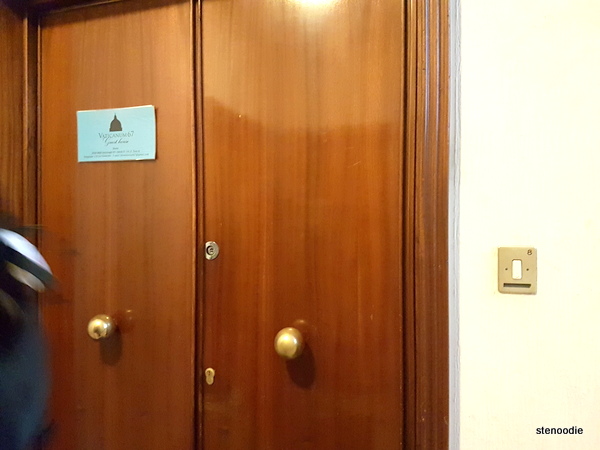 We waited on the fourth floor for Eduardo.  When he arrived promptly at 12:10 p.m., he showed us around and gave us the keys to the BnB (key to our room, the doorway into the unit, and the main gateway on the ground floor).

We also paid the balance of the BnB stay at that time.  Edoardo was very nice and informed us that although our original booking mistakenly stated “one person” on the online booking, we simply had to officially cancel it and then pay for a lower fee.  This was so kind of him. 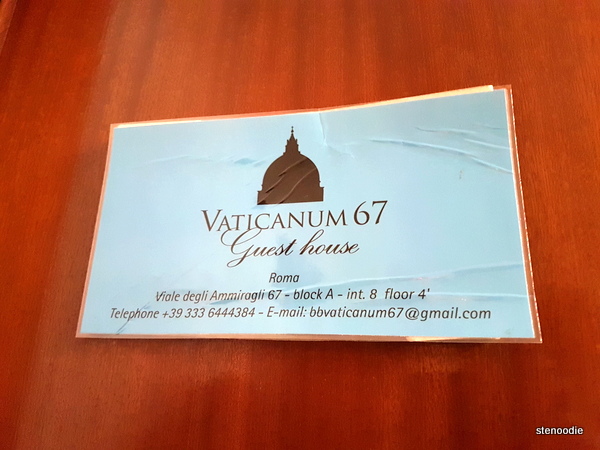 Details on the door

He gave us a helpful map (that we used regularly throughout our four days in Rome) and also sent us a list of recommended restaurants around the neighbourhood (of which we visited and dined at two of them — both restaurants were amazing!).  He was a really great host! 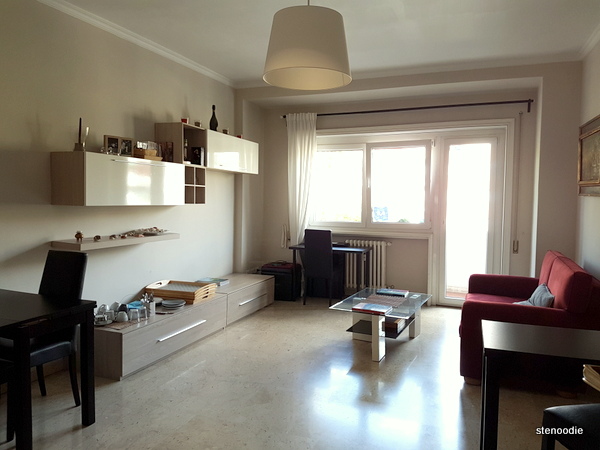 We had access to a common room (with sofa, mugs, tea bags, jam and milk in the mini-fridge) and balcony.

Our room had an ensuite and also our own balcony overlooking an intersection.  There were two beds pushed together appearing like a queen bed, table, two chairs, drawers, small flat screen TV near the corner of the room, mini-fridge, and AC unit. 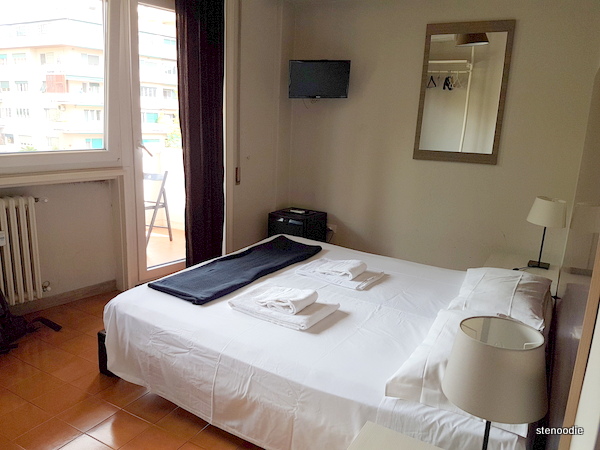 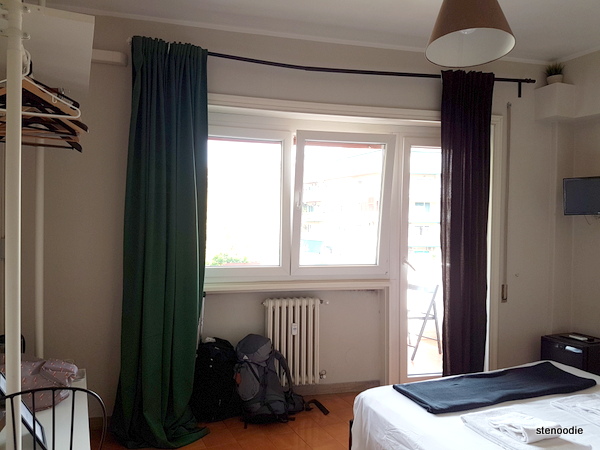 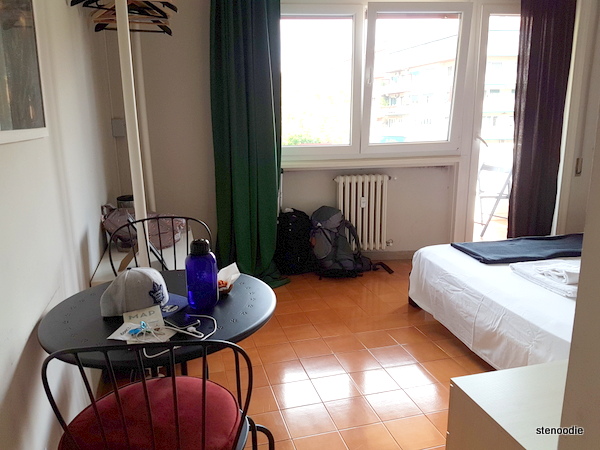 Floating closet, table, chairs, a space to put some belongings

The bathroom was very spacious and clean.  We had free clean towels.  There was hand soap included but no shower gel or shampoo.  There was also a bidet.  The walk-in shower had a rainhead shower! 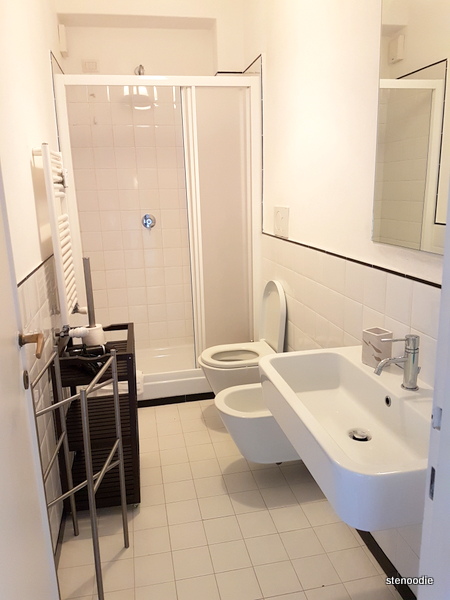 The internet access was a bit spotty at times.  There was a second internet code available for use (where the log-in details were in the common room) in case the primary one failed, but since we had our own wifi pocket, we just used that. 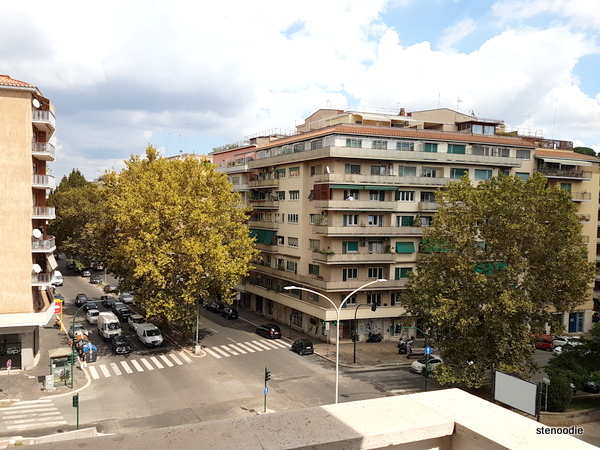 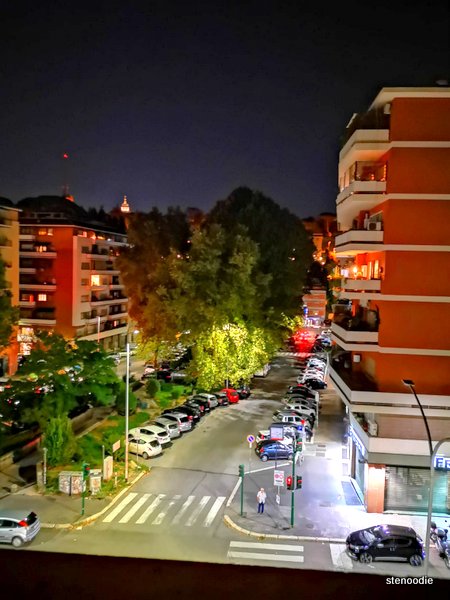 One disadvantage when we were there is that for three nights, there was construction going on outside of our building all night long.  There were construction builders and cement trucks working from 10 p.m. to about 5 a.m. for our first three days there. :O  You can imagine that it sure was a disturbance to hear men speaking loudly and beeps and honks from construction trucks all night long. 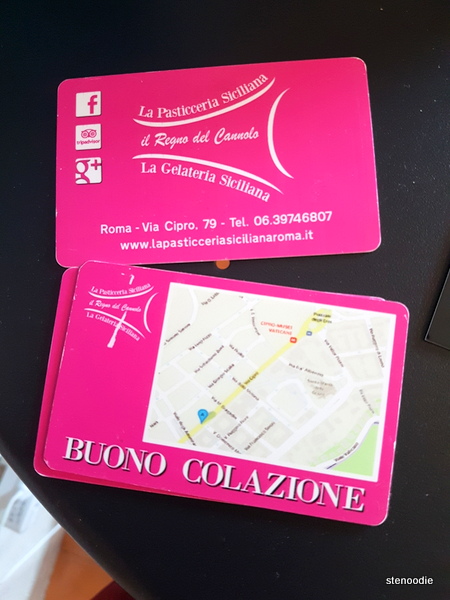 On the fourth night, there was no construction and thus it was all quiet.  I guess we were just unlucky to have stayed there those three specific nights when they were doing overnight construction.  Otherwise, the unit itself was quiet as was the rest of the residential neighbourhood.

Breakfast was included each day in the form of a voucher redeemable at a local café called La Pasticceria Siciliana (click for blog post about it).  This was a great café that was busy morning and night (which meant their baked goods were always fresh and made daily).  The voucher included a pastry and a hot beverage.  This was perfect for us and we were able to try a different pastry each day from the cafe (it’s only a minute away from the BnB).

This was such a great, clean, comfortable stay (save for the unfortunate construction work).  A cleaning person refreshed our room and emptied the trash each day. 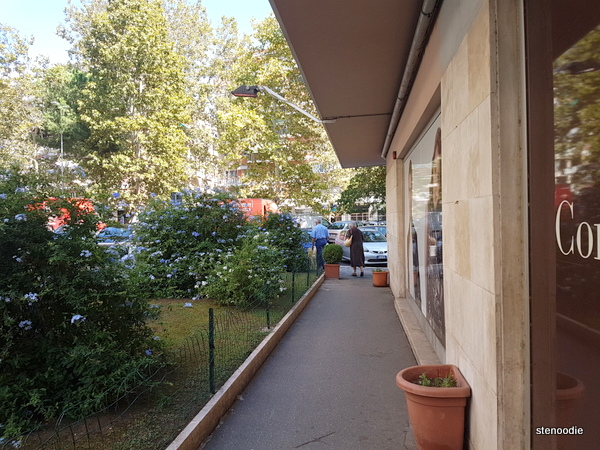 Pathway to the Vaticanum 67 building

(Visiting the Vatican Museum from the BnB was just a 15-minute walk!  It was super convenient location and cost effective.  As well,  the closest Metro subway station was “Cipro” which was about a seven-minutes walk.)