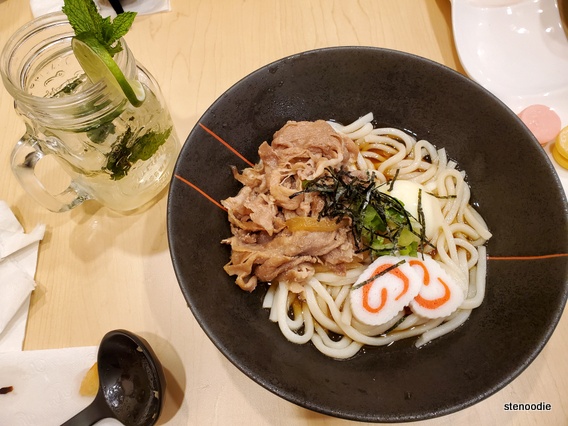 Here’s to the first tasting event of 2020!  Thanks to Devon Dine, we were able to try out the new cocktails menu at Udon Kitanoya.  This Japanese restaurant opened in the summer of 2019 but recently acquired their alcohol licence.

Udon Kitanoya is located at 513 Bloor Street West (the Annex) in downtown Toronto next to Crafty Coyote and nestled amongst other Japanese restaurants.  Udon Kitanoya serves Kansai-style Japanese udon (both chilled and in hot soup) and donburi with lots of appetizer and drink selections. 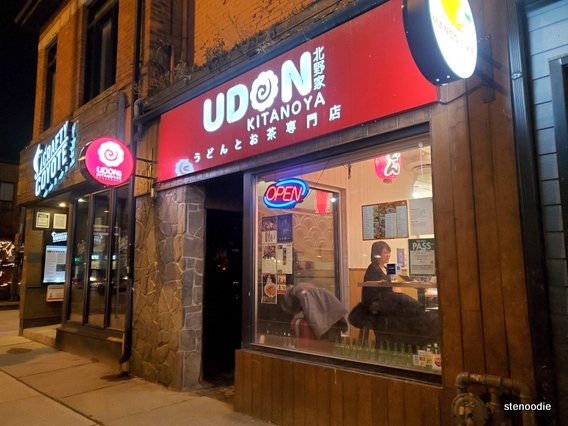 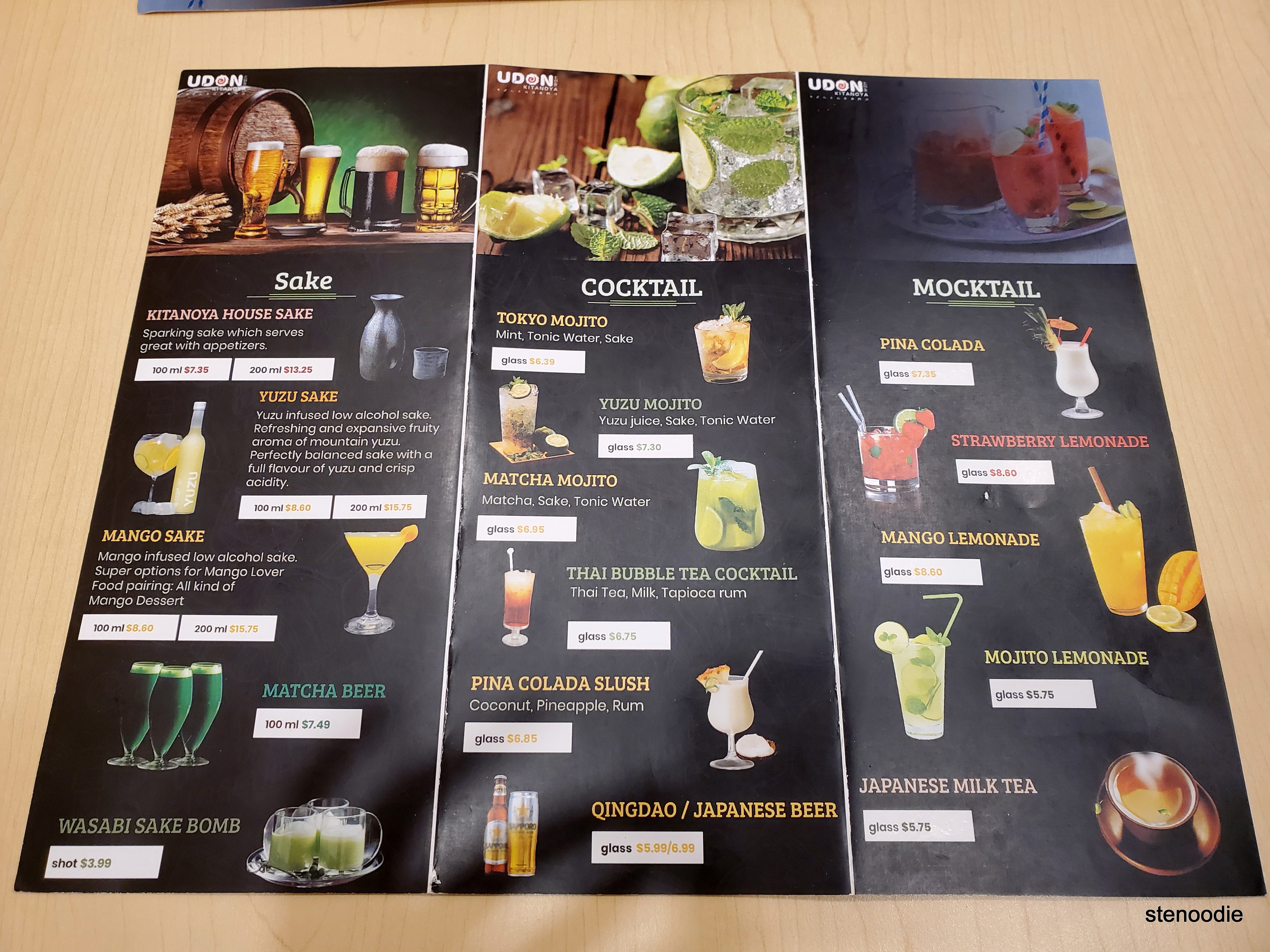 I tried the Yuzu Mojito which had yuzu juice, sake, and tonic water.  It was presented in a glass mug and was a very cool refreshing cocktail with a good amount of sake in it. 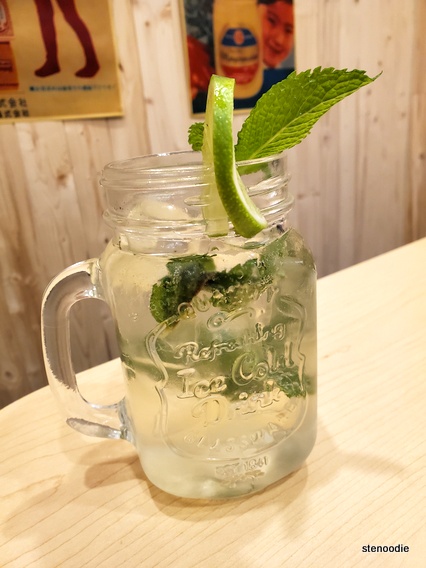 Ken ordered the Matcha Beer which was a tall 100 mL skinny glass of Asahi beer with matcha powder.  I had never seen anything like it.  It wasn’t a big drink but enough for you to be satisfied.  The bitterness of the beer matched well with the bitterness of the matcha. 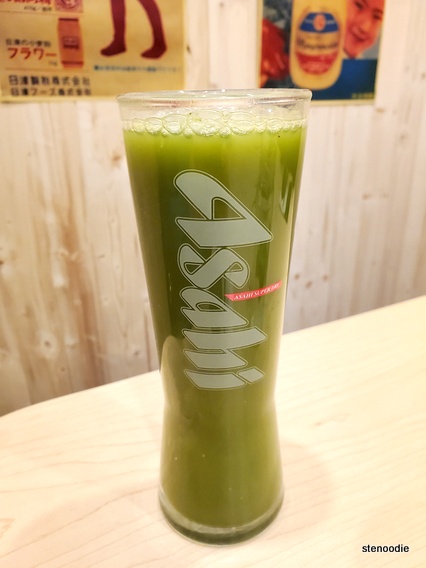 Later in the evening, I also tried the Mango Sake with the other influencers.  The small sake cup smelled nicely of mango and the drink tasted incredibly smooth.  The sake went down like a juice, but we were told that it definitely contained a very high alcohol content. 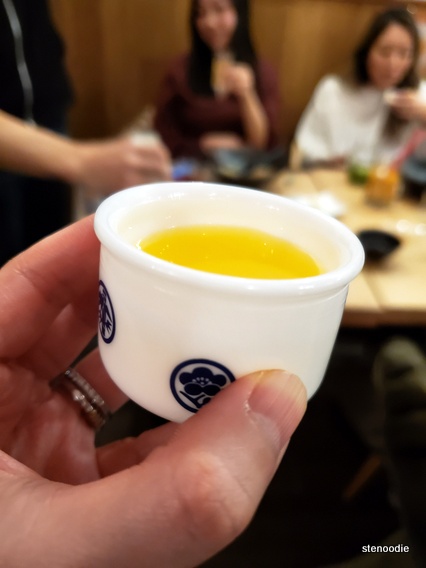 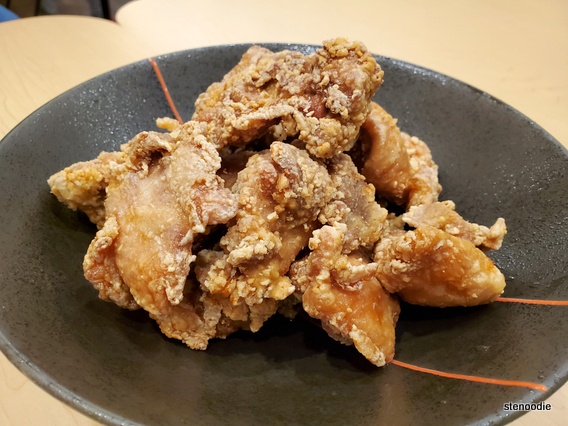 For appetizers to share at the table, we were able to try their Chicken Nanban (deep fried chicken with signature sauce) as well as the Assorted Tempura (shrimp and mixed vegetables tempura).

I really liked the Chicken Nanban.  The deep fried chicken morsels were nicely breaded with not too much batter and were very meaty.  The signature sauce was a mix of Japanese mayonnaise and sweet soy sauce that you usually dip tempura in.  They also served a spicy sriracha mayonnaise too.  The otherwise plain tasting fried chicken paired really well with the spicy mayonnaise. 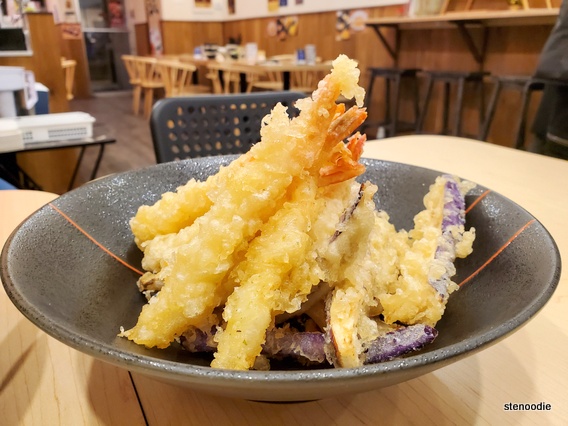 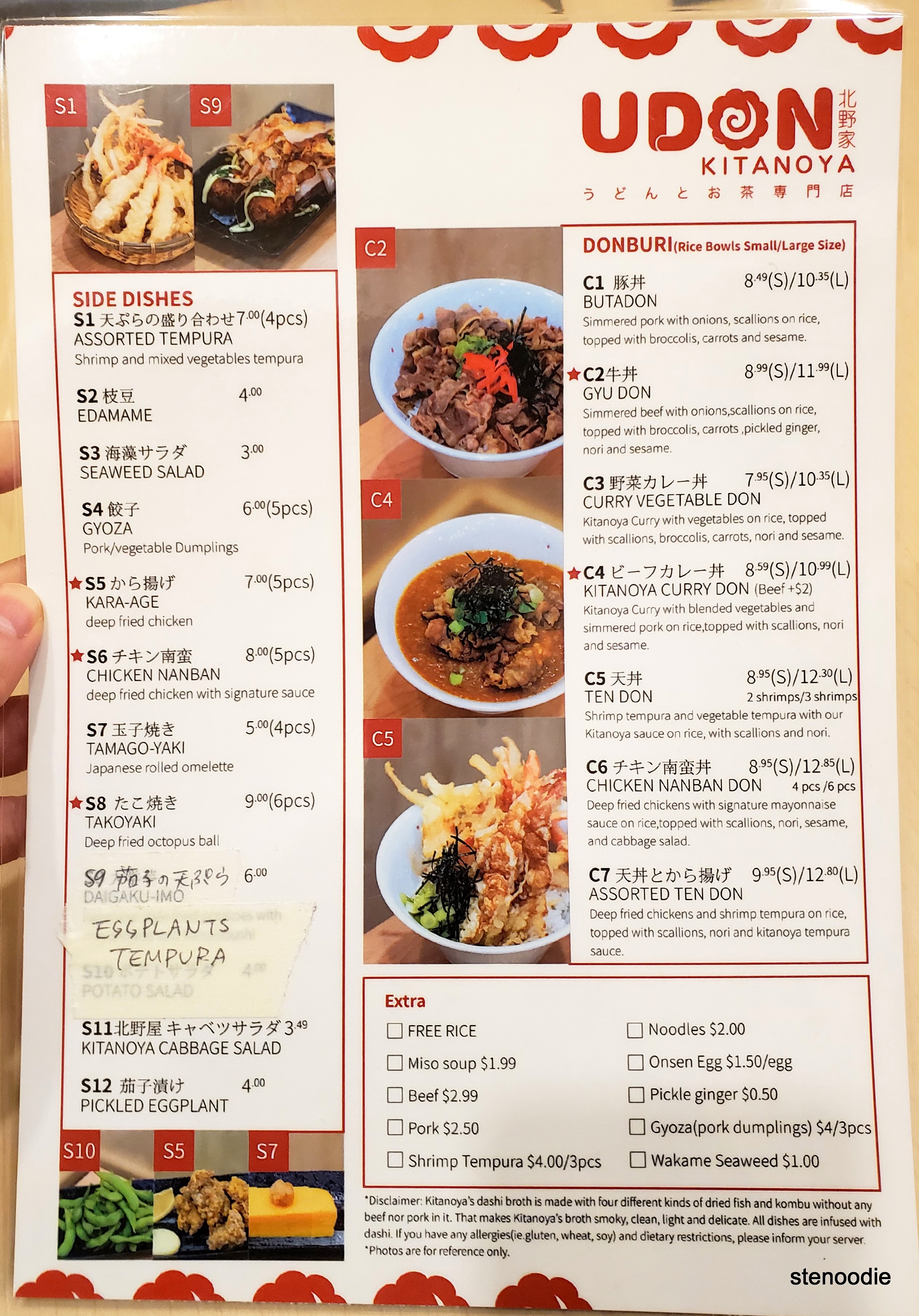 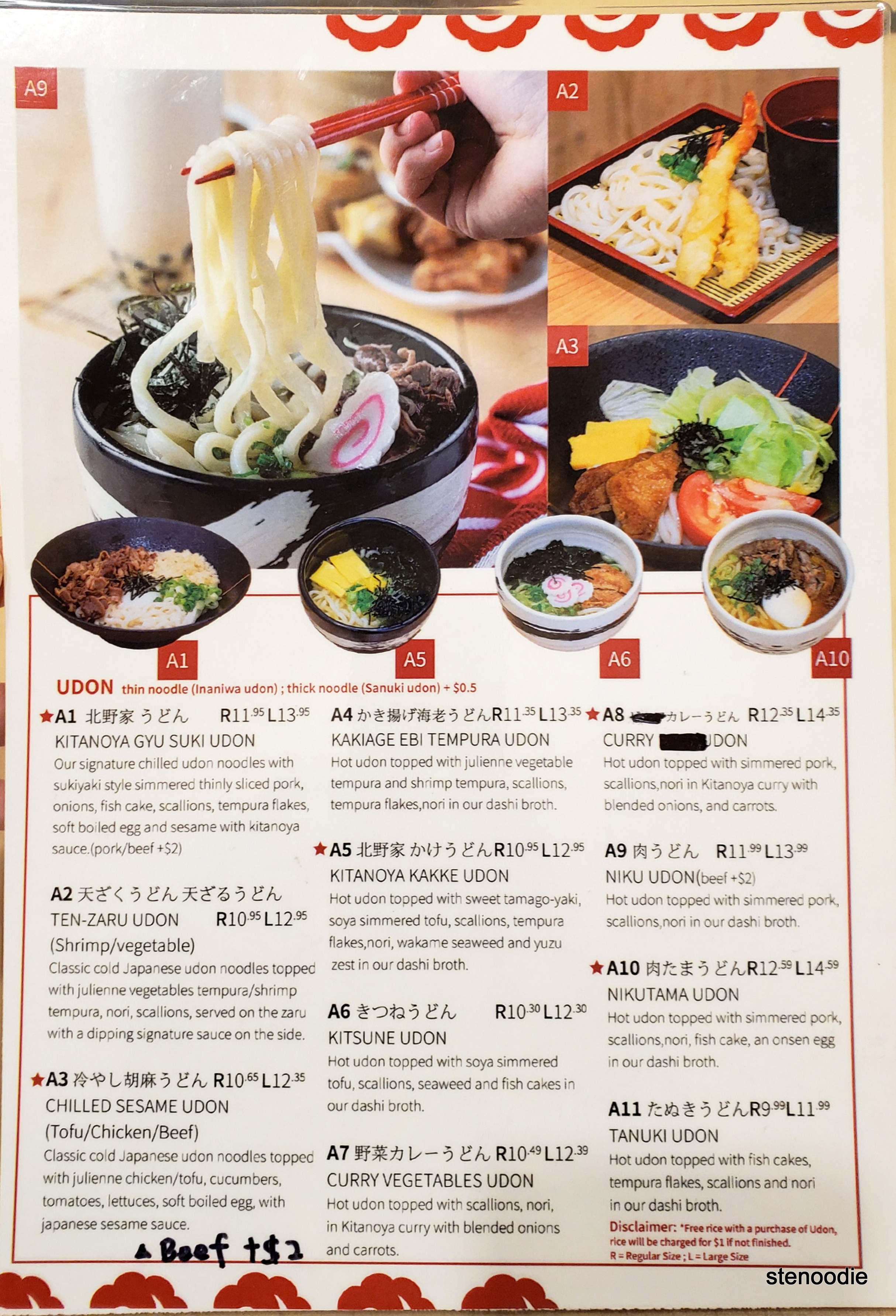 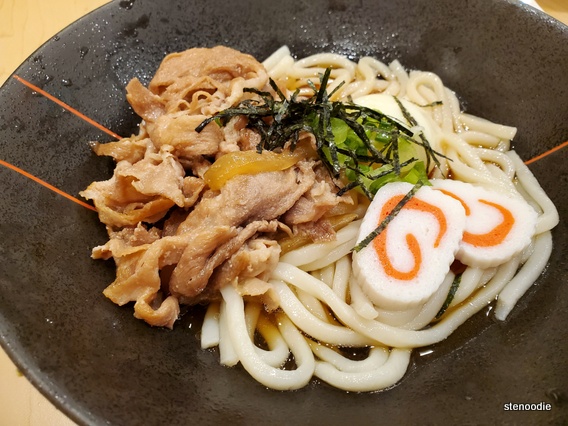 For our mains, I tried the Kitanoya Gyu Suki Udon which was their signature chilled udon noodles with sukiyaki style simmered thinly sliced pork with onions, fish cake, scallions, tempura flakes, soft boiled egg, sesame, and kitanoya sauce.  This chilled udon dish was new to me as I usually eat udon with a hot soup.  I really liked the sweet sukiyaki broth with the chewy and soft udon noodles.  The pork was thinly sliced which made it easy to consume.  The soft boiled egg was also chilled and breaking the egg made the gooey yolk spill out into the noodles.  This was a very well-portioned and good-tasting udon. 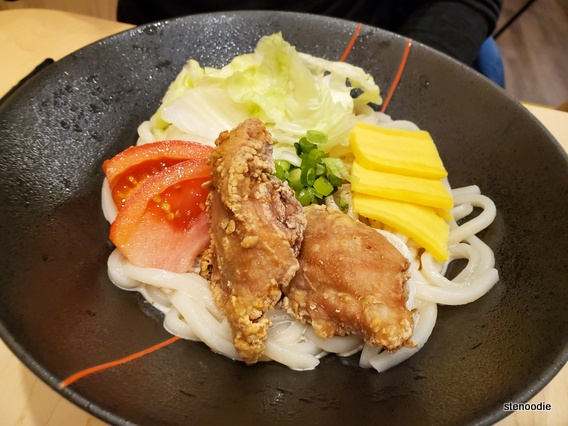 Ken ordered the Chilled Sesame Udon with chicken (since they didn’t have tofu that day), which was a classic cold Japanese udon noodles dish topped with julienne chicken, cucumbers, tomatoes, lettuce, soft boiled egg, and Japanese sesame sauce.  Instead of julienne chicken as specified on the menu, we were given two pieces of the fried chicken nanban instead.  I wonder if it was because they didn’t have time to prepare the julienne chicken that day or it was out of stock.  Thus, we had an overload of fried chicken at the table.  Ultimately, this was a very vegetable-centric udon dish and resembled a salad. 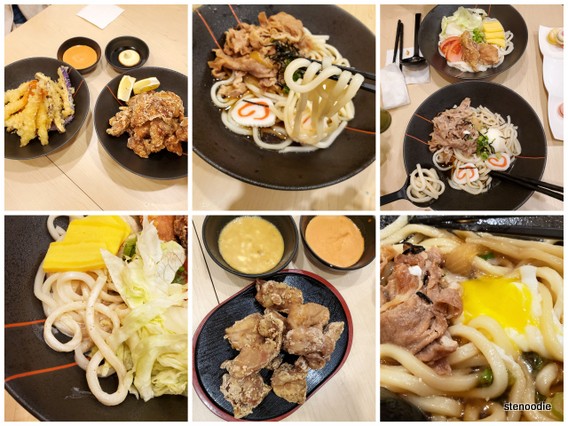 Some more photos of the dishes

The Japanese sesame sauce coated each strand of the udon noodles and were slightly tangy and sour.  The sourness helped to open up the appetite.  There were three small slices of Japanese-style scrambled egg too which were tasty.  In comparison between the two bowls of chilled udon though, I liked the signature one more.

Udon Kitanoya serves other dishes of udon including the hot ones with soup and donburi too (rice bowls with toppings).  Various toppings for those include shrimp, curry vegetables, onsen eggs, dashi broth, beef, and more. 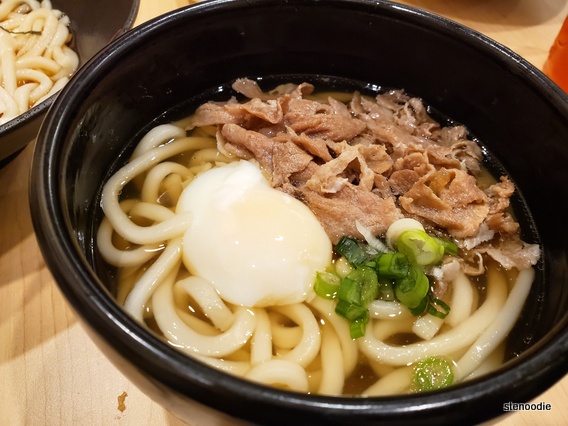 One of the classic hot udon bowls with simmered pork, onsen egg, and scallions 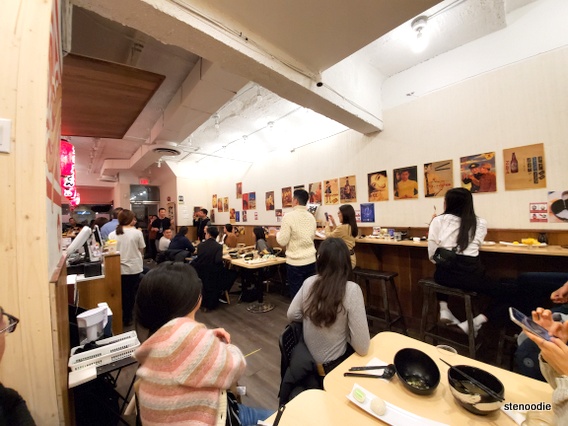 The owner making a speech

There was lots of seating available either at tables or along a counter.  The restrooms were located in the basement down a flight of stairs.  The owner made a short speech and introduced his staff to us.  I could hear the passion in his voice as he made sure that everyone got their orders correctly that night and how he asked us for constructive feedback on all the dishes.

I was really grateful to be invited to this tasting at Udon Kitanoya.  It has been a while since my last tasting, and it was nice to see familiar and meet new faces.  Thank you, Devon and Leanna, for the invitation!

(We were also treated to some of the desserts from their sister restaurant, Mango Like Dessert, linked here.) 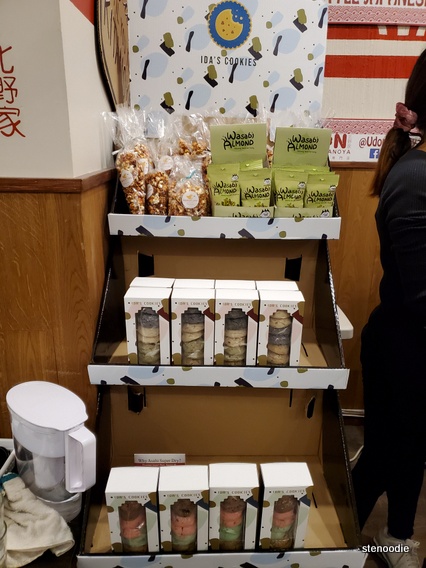 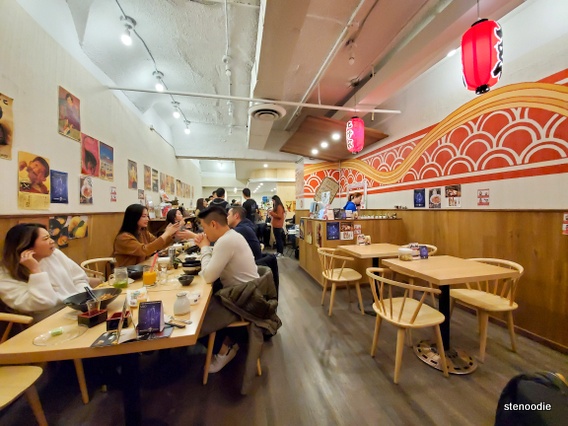 View of the restaurant from the doorway

FTC Disclaimer:  Although I was invited to a complimentary tasting at Udon Kitanoya, the opinions expressed here represent my own and not those of the event hosts or the business.