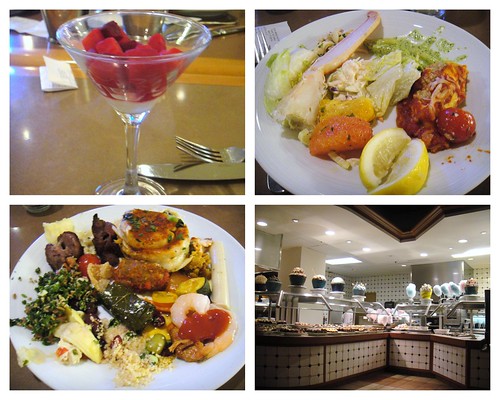 Since we were such a big group, we got split into smaller tables.  There was indeed quite a lot of food selections, but only a couple of things stood out in my mind. 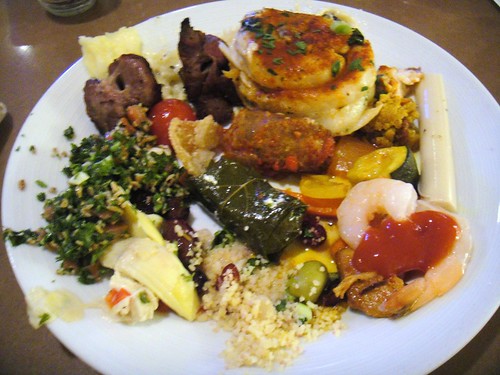 My plate of food

We really, really enjoyed the Stuffed Sole.  It doesn’t look that appetizing (that big thing on the top that looks like a bun), but it was the softest and creamiest mashed potato-like stuffing inside a circle of sole.  The sole was perfectly cooked too and the whole thing was delicious. 😀

They had fried chicken in little baskets and buckets that wins all presentation points (so American), but where the chicken was dry inside.

I also really enjoyed the beet cubes in a little glass that had cheese in it.  SO good!  I also liked the smoked salmon pasta and Middle Eastern offerings.  Because Vegas is quite hot and we had been eating quite a bit on the trip, my appetite wasn’t huge.  I didn’t eat as much as I probably could have. 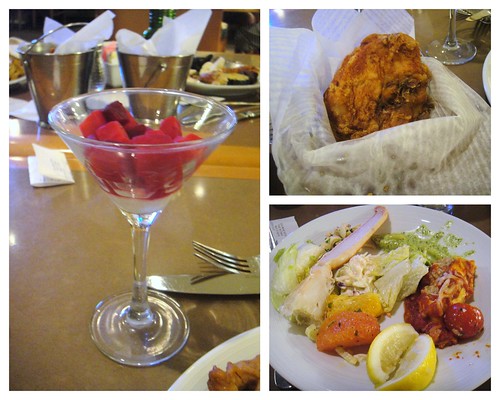 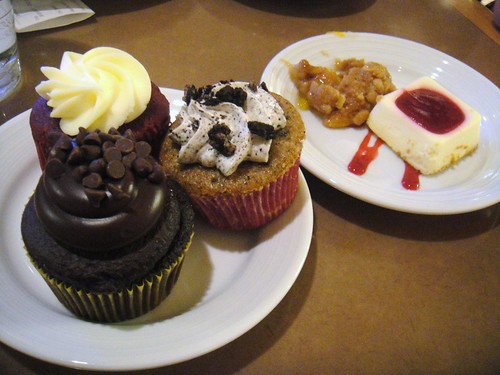 In terms of the dessert, I was disappointed about how everything seemed to come in a cupcake form.  All the red velvet, chocolates, vanilla, and whatever else were all in cupcakes.  That’s so boring.  Needless to say, I didn’t enjoy the dessert station very much which is a shame.  It was fun that they served cotton candy on a stick though. 🙂 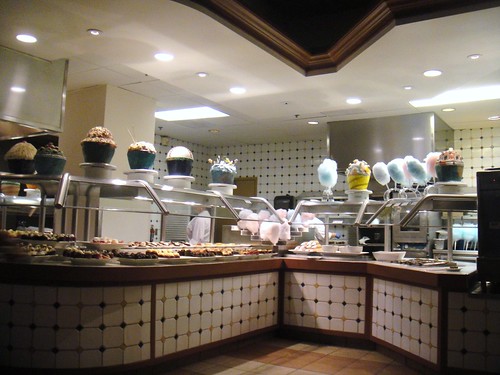 All in all, Spice Market was okay.  They also offer all-you-can-drink for $12 if you wanted alcohol.  Vivian got red wine and said it was pretty watered down.  I think Spice Market is a mediocre ‘international’ buffet where it serves a little bit of everything, but it certainly wasn’t amazing.