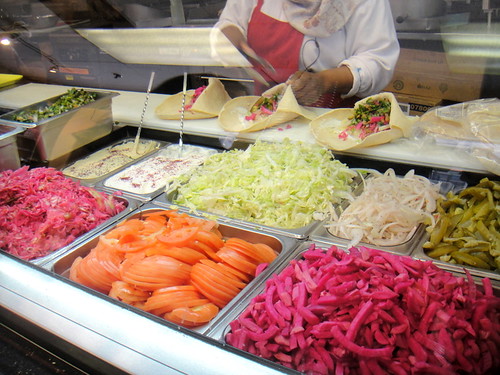 Located at 439 Yonge Street in Toronto

Rosa doesn’t come to downtown Toronto very often so it was so nice to meet up with her when she was in town recently.  Along with Qiqi, we were looking for a food joint in the Dundas and College area.  We stopped food searching when we came across Lebanon Express since Rosa had never had a shawarma before.

Lebanon Express is located right by Yonge and College.  It’s not a place that stands out but after eating here, I was very impressed by the quality of the food! 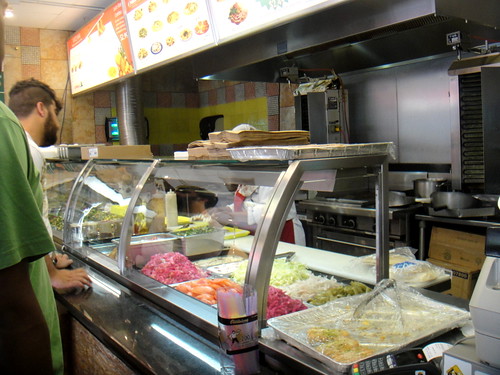 Long wait since there was only one staff working 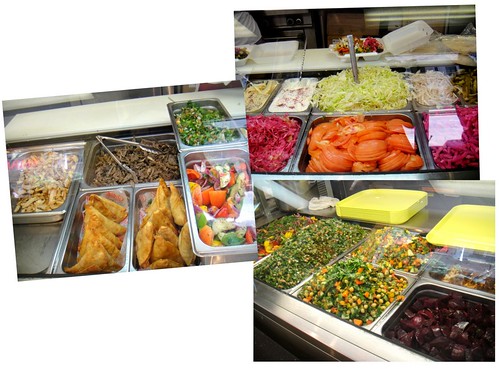 Plenty of fresh veggies and condiments!

There was only one person working here on a Sunday afternoon when we stopped by.  The lady manned both the cashier and the preparing of the orders which made the wait time a little long since there were two other customers waiting with us when we stepped inside.  I was a little put off by the wait time and also how she didn’t appear to wash her hands between handling the cash from the cashier and preparing the food with her bare hands, but I guess a lot of people do this and we just don’t notice it.  In any case, instead of ordering the typical beef or chicken shawarma, I tried a shrimp shawarma for the first time! 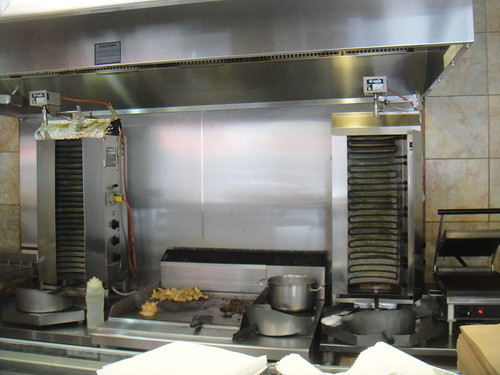 See that empty spit? There is no meat on it.
Instead, you can see the meat and shrimp being heated up on the hot grill

Qiqi and Rosa got a chicken and beef shawarma respectively and were a little disappointed that the meat wasn’t sliced off from a fresh block of meat on a rotating spit.  Instead, the lady clamped up a few pieces of the meat from a container and threw them onto the grill to heat them up.  Same thing with my shrimp; I saw her get it from the fridge and onto the grill to heat it up.

Despite all this, the result was delicious.  I had an abundant number of plump and well-cooked shrimp in my pita bread and lots of fresh veggies.  The spicy sauce was perfectly spicy and the humus and tzatziki sauce was amazing.  I can’t judge them for their appearance anymore since I enjoyed that shrimp shawarma so much.  Also, their portions for take-out food is enormous!  I was impressed. 🙂

4 Responses to Schwarmas at Lebanon Express