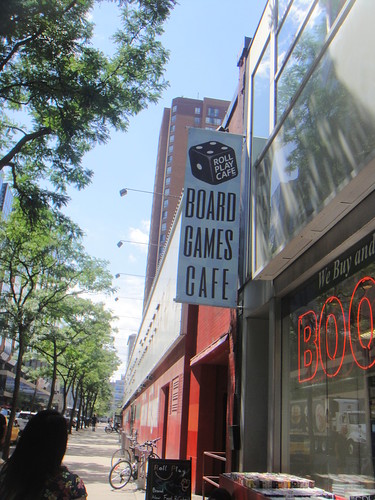 Located at 10 Edward Street in Toronto

After we had lunch and checked out the Matsuri Japanese Summer Festival, we headed to Roll Play Cafe for some indoor fun.  Roll Play Cafe is not the first board game cafe to arrived in Toronto; Snakes and Lattes was.  Like a typical board game cafe, it features shelves and shelves of board games that you can play with for a set fee of $5.  Rosa and Qiqi had been here before and back then they used to set a minimum order of $7 or so instead of a set playing fee where you could order food as part of the $7.

We played several games and had a lot of fun.  I really liked the props of the cooking game we played.

So spacious and not too loud 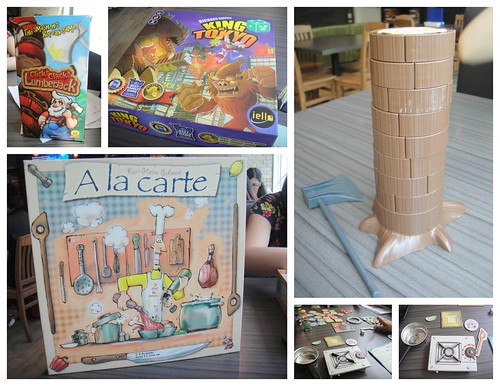 First time playing these board games! 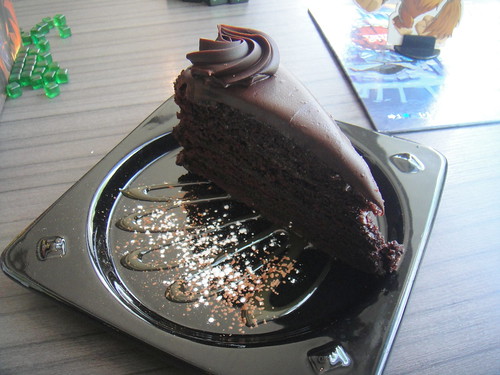 Fudge. $8
-moist fudge cake with chewy chocolate fudge icing and chocolate crunch on the side

Being in a cafe, I couldn’t resist not trying one thing.  They were featuring desserts straight from the San Francisco Cheesecake Factory restaurant.  I gave into my chocolate sweet tooth and chose the Fudge cake.

It was so incredibly rich and moist.  I really liked it.  However, since it was so extremely rich and dense in flavour, I don’t think one person could have finished it alone and I’m glad I opted to share this with the two girls. 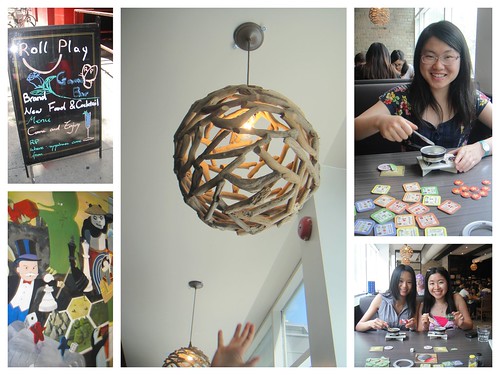 All in all, it is a spacious and nice cafe to play board games with friends.  They have just about the same number of board games as Snakes and Lattes and they even had a game master come up to introduce himself near the end of our visit.  He said he could explain any game to us and do a magic trick for us if we wanted to as well.

This place isn’t as popular as Snakes and Lattles it seems, but I’d return here to play board games for sure!  I liked how quiet and spacious it is.

I'm a stenographer, foodie, avid traveller, and new mom who loves to share her experiences with the world.
View all posts by stenoodie →
This entry was posted in board game cafes, Food and tagged @roll_play_cafe, board game cafes, board games, Dessert, downtown, fudge, fun, play, Roll Play Cafe, Toronto. Bookmark the permalink.