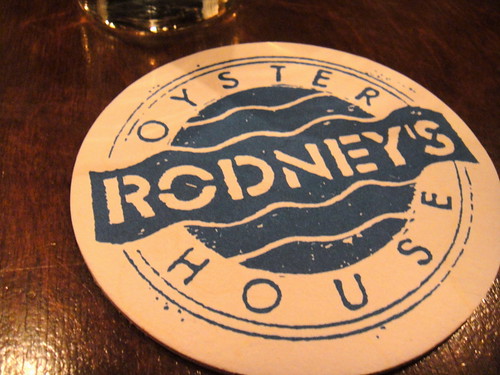 I was a little disappointed with our night out at Rodney’s Oyster House when we celebrated our 1-3-5 October birthday dinner there.  I’ve been to Rodney’s Oyster House in the past.  I remember ordering their lobster club, shrimp jambalaya, and oysters with my friends before we headed out to see War Horse.  I really enjoyed my experience there so that’s why I was fairly surprised with the poor service that we got there recently. 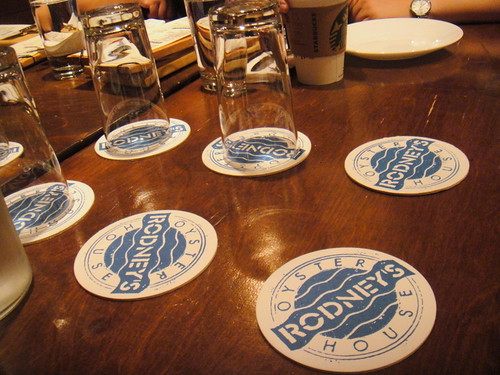 Filling water was DIY — so why the hefty service fee? 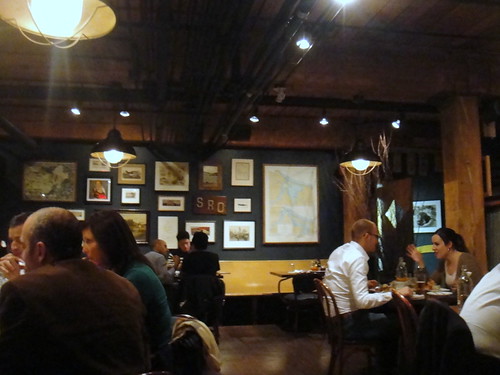 The place was bustling that night!

We were a big party of 11 and thus would automatically count for the 20% group gratuity (which is ridiculously expensive when you think about it).  Our server made several rounds to our table to ask us what we wanted to order before we started off with some oysters.  When I asked the server about what oysters to recommend, he looked at me like he’d never heard that question before and asked me back in an impolite way if I wanted the west coast or east coast oysters.  Thankfully, I’ve had oysters before so I kind of had an idea of what to get, but the way he asked that question and the attitude that he gave me was the first turn-off of the night.  Daphne and I both ordered the North Shore oysters to share and and also chose the Passion Cove one. 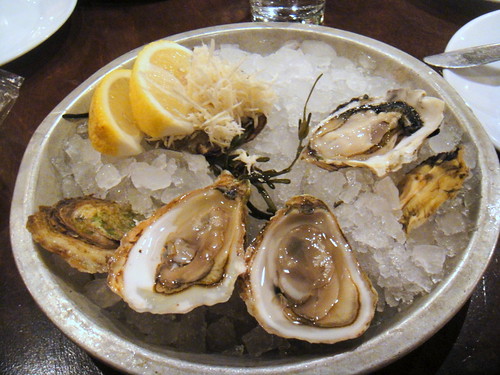 I enjoyed the North Shore oyster more than the Passion Cove one.  Both oysters were fresh.  I was a little surprised to see that the menu was limited even though they had an additional ‘nightly’ menu.  Since I had already tried their lobster club sandwiches before (that I liked) and there was nothing else on the regular menu I wanted to try, I opted for the clam chowder and the Mantane Shrimp & Avocado Dip.  A part of me neglected to see that this was actually an appetizer instead of a main, but the price didn’t seem appetizer-y at all at $21… 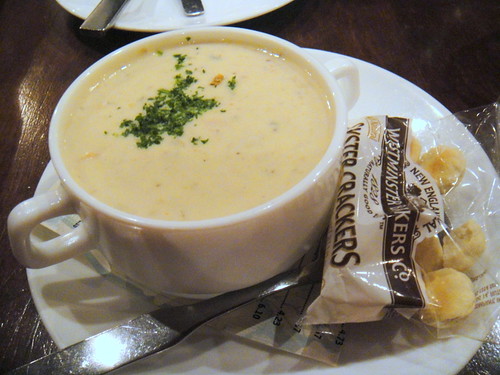 My clam chowder arrived first which I found was a bit odd because oysters usually come first.  I had to inquire about my late oysters to the server who gave me a blank look and said he would check up on them.  The clam chowder itself was pretty good and came with oyster crackers.  It wasn’t the best chowder I’ve had but it certainly wasn’t terrible either.

Another thing to comment on is that while everyone else at the table received their main course, my food was still nowhere to be found.  I’ve almost never seen a Western restaurant bring out the main dishes in a scattered way; usually everyone receives their food all at the same time.  This was so disappointing.  Worst of all, when I told the server about it and the dish finally came, he didn’t even apologize and the dish itself was so tiny!  The presentation was nice, but holy moly, it was so small!  It’s only later that I realized the Mantane Shrimp dish was an appetizer and not a main, so that’s why it was so small.  However, if it was an appetizer, then it shouldn’t have take that long to arrive on my table.  My bet is that the kitchen actually forgot to make it, or the server even forgot to put it in the order. 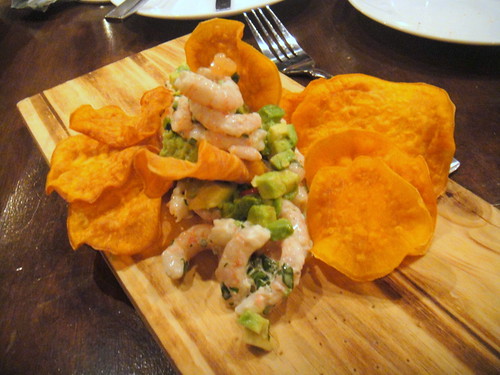 Fortunately, the mantane shrimp and avocado dip was so tasty that I forgot about the inadequacy of the late food and small size.  The shrimps were small and fresh, the avocado dip was perfectly made, and the sweet potato chips were delicious and made to pair with the dip!  Yum! 🙂 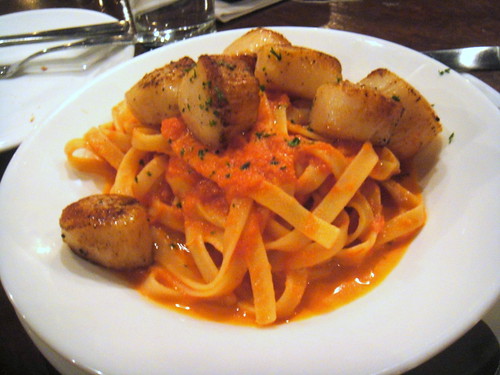 I tried a scallop from Daphne’s pasta dish and was not impressed.  The scallop was cold and tasted overwhelmingly fishy.  Her dish was so minimal in size that she was still hungry and had to order a corn soup to fill her up.  Why was Rodney’s Oyster House so disappointing this time around? 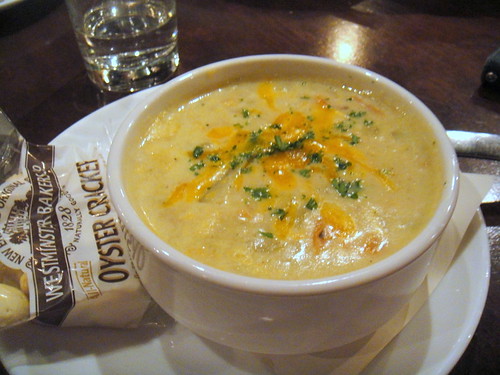 I now doubt if I’m ever going to come back to this restaurant.  There’s really nothing else for me to try now.