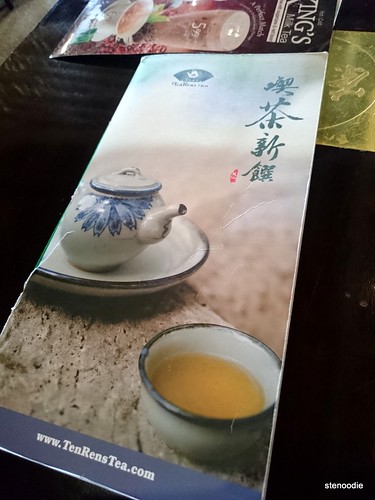 My friend TK and I hit up Ten Ren’s Tea for some lunch on a weekday Tuesday.  Ten Ren’s is a tea house and restaurant.  They also are part-store where half of the space is dedicated to selling their own brand of specialty teas and accessories.

They have several locations and we ventured to the one on Hwy 7 and Valleymede in Richmond Hill.  There were quite a fair number of people there on a weekday.

I ordered from one of their daily lunch specials, the green tea jellyfish chicken set that came with rice and salad. 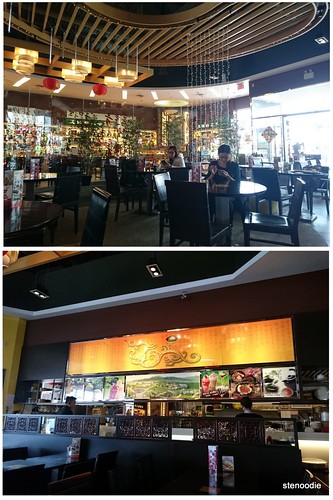 You can see the part of the restaurant that sells teas

This was actually my first time going to Ten Ren’s for a meal.  I had been here previously for drinks with friends at night, however — bubble teas and cold drinks!  Looking through their menu, I noticed that nearly all of their hot dishes were infused with some type of tea!  The rice and noodles were green tea, pu-er, jasmine tea and more – inspired!  It was really cool. 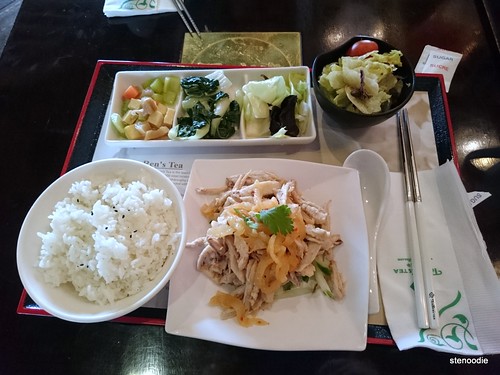 My lunch set arrived in a neat little tray where veggies were organized in compartments.  I really love eating jellyfish and chicken dishes so I was looking forward to this one. 😀

I tried the side salad first and it actually did taste like tea!  So cool :D.  The chicken wasn’t very flavourful and the dish itself including the jellyfish didn’t taste like tea either.  It was a neutral dish though; nothing terrible or terrific.  The other veggies were good.  The rice was just plain white rice.

The lunch set came with a jasmine milk green tea that tasted mediocre and smelled good. 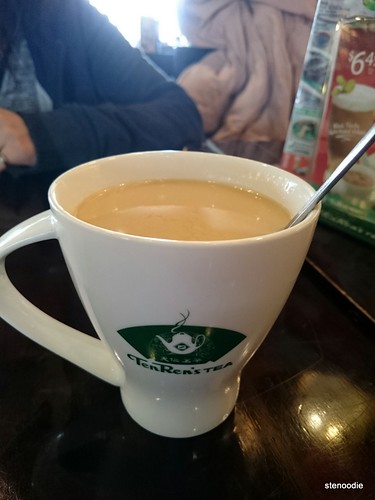 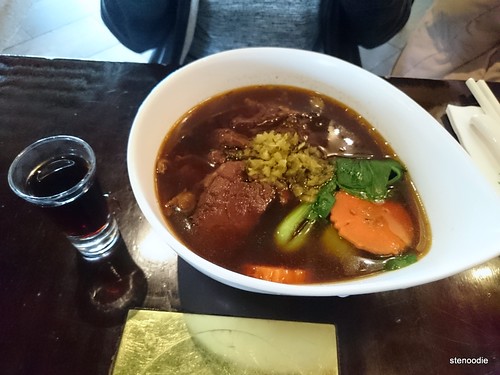 TK ordered the Pu-Erh Beef Noodles.  Her bowl of noodles arrived with a small shot of dark liquid.  We had to inquire the server on how it should be incorporated into the food.  Apparently, the shot is the hot pu-erh tea which you just pour into the bowl of noodles.

I tried the soup which tasted good with the infused tea.  It wasn’t very strong though and TK commented that she would have liked it to have been stronger.  The beef was really soft.

My entire meal came to $12 with tax so it was a pretty decent meal.  They definitely have a twist on typical Chinese dishes by having tea infused into everything! 🙂 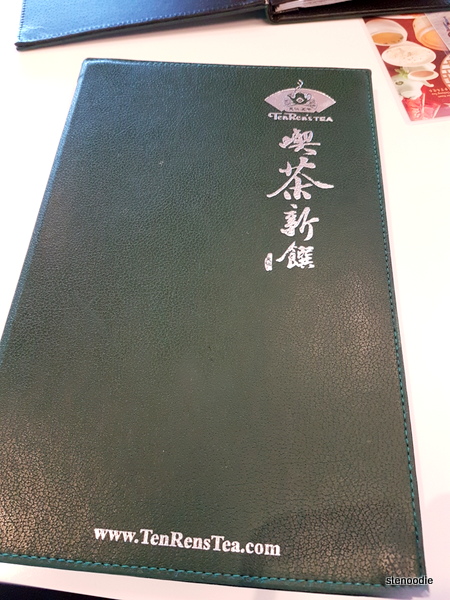 I returned back to this restaurant for lunch on a Saturday after three years.  What I really have to say is that if you don’t like tea, get out.  It’s hard to find something that will satisfy your preferences if you don’t like tea because nearly every dish is infused with tea here.  On the other hand, if you love tea and drink it regularly, you will love this restaurant and find their tea-infused dishes creative and refreshing.

I’m in the first category.  Since that first visit three years ago, I have stayed away from tea because the caffeine in it makes me unable to sleep or at least sleep poorly.  I tried to scour the menu to look for dishes that didn’t have any tea in it and it was a bit difficult.  The Taiwanese Pork Intestine Vermicelli dish that I wanted to order (that didn’t have any tea in it) wasn’t available either!  Therefore, I settled on the Pou Chong Rice Noodles with Tea Seed Oil.  I believe the noodles my mom ordered was the Tea Flavoured Minced Pork Soup with Noodles. 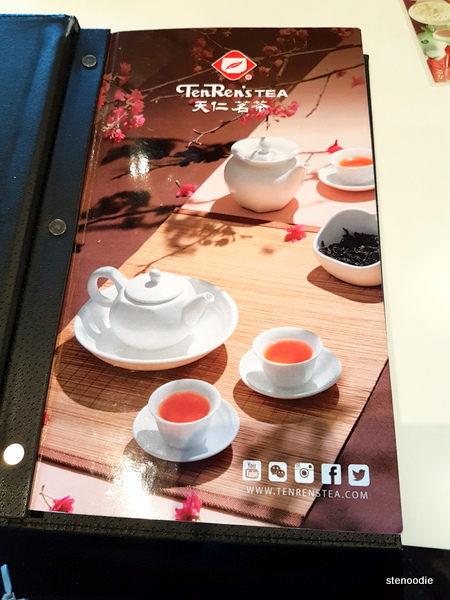 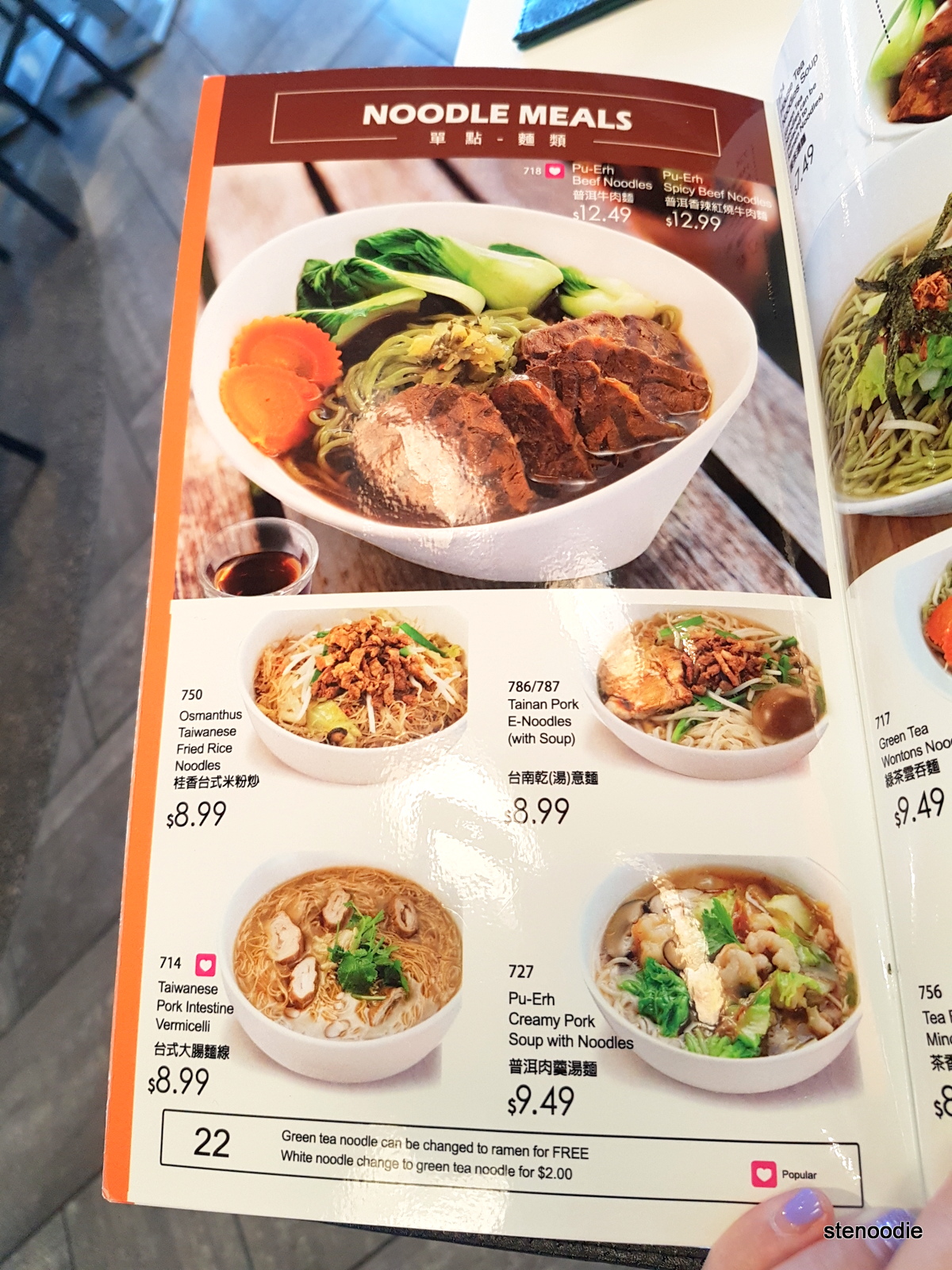 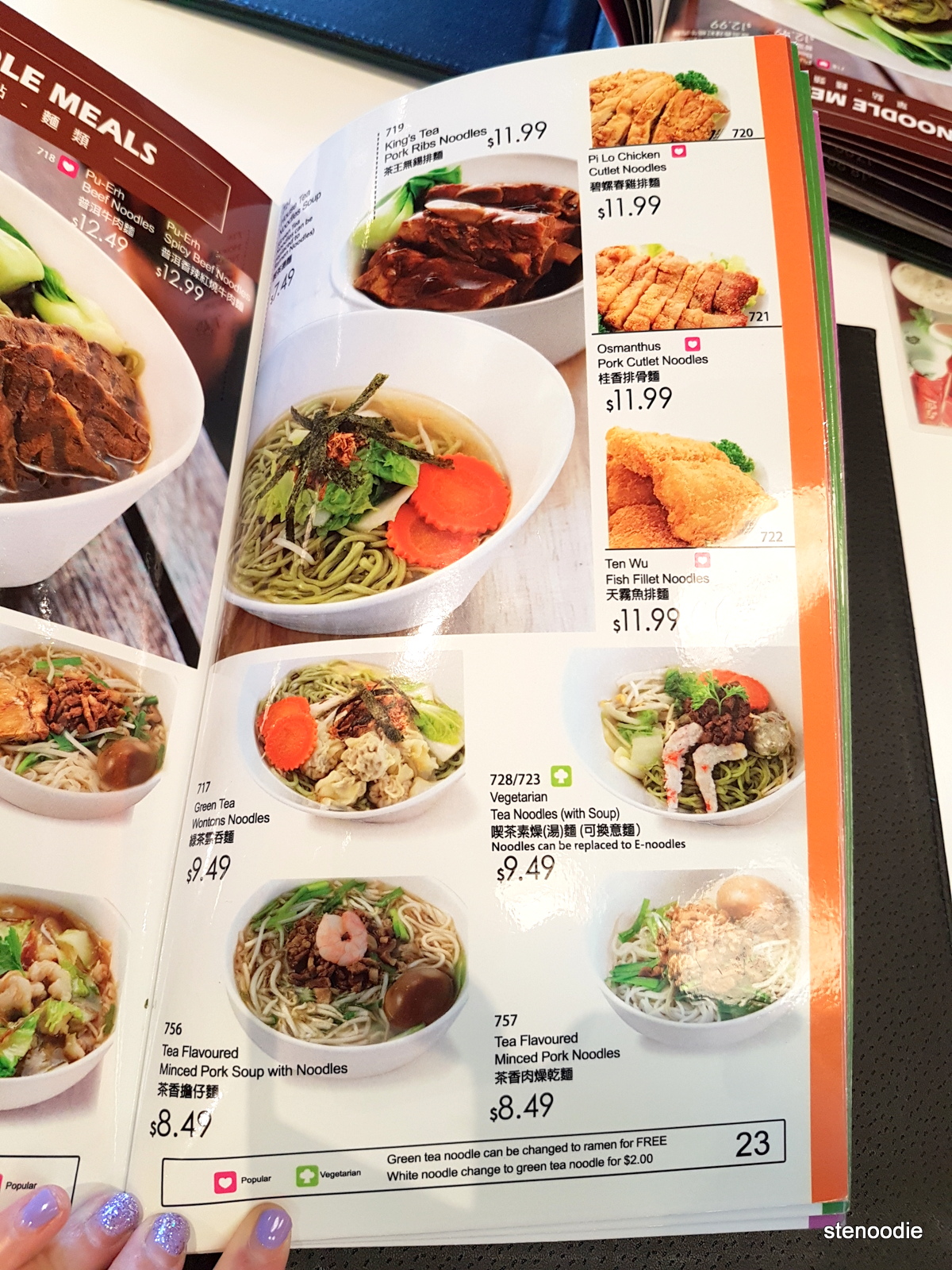 The food arrived very quickly.  I really enjoyed the Pou Chong Rice Noodles with Tea Seed Oil.  It was thin rice noodles that I like with just the tea seed oil on it.  The rice noodles were so soft and tender.  It was a vegetarian dish with broccoli and canned corn and preserved vegetables on the side. 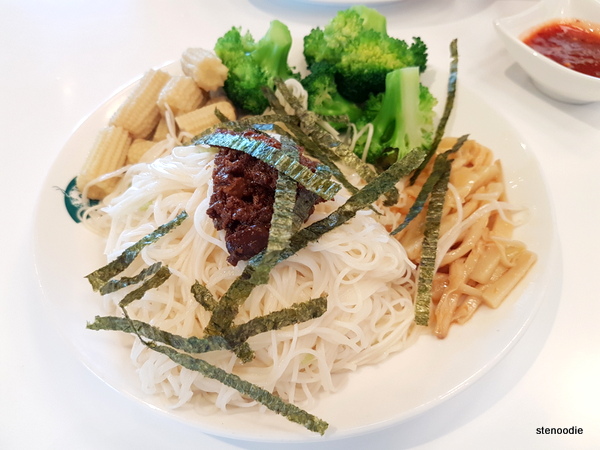 I tried a bit of the Tea Flavoured Minced Pork Soup with Noodles and thought it was okay.  I liked the tea infused egg though (it’s one of my favourite things to eat — kind of ironic since I just said I avoid tea-infused foods haha).  My mom wasn’t a huge fan of the bowl overall though because the noodle soup wasn’t hot enough. 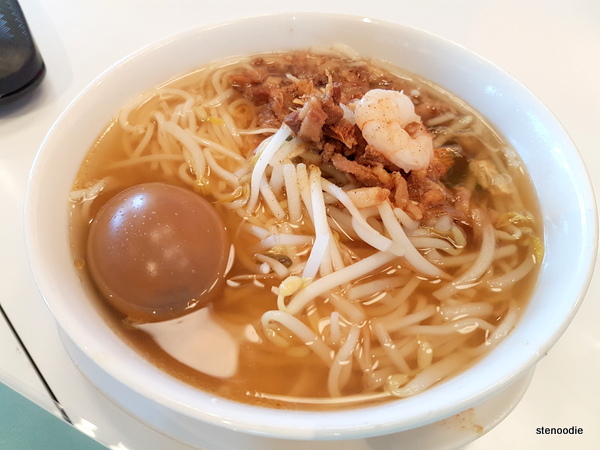 I didn’t really like the service here though.  The female server that served us was a bit assuming.  When I tried to order the vermicelli dish and it wasn’t available, she answered in Mandarin to me.  I didn’t know what she was saying at first (I don’t speak Mandarin) and she kept repeating her response in Mandarin.  Finally, I asked her in English if that meant it was unavailable and she said yes.  A staff member at a restaurant shouldn’t assume that a guest knows Mandarin and should be able to converse to customers in English too. (Hello, we live in Canada, not China!)