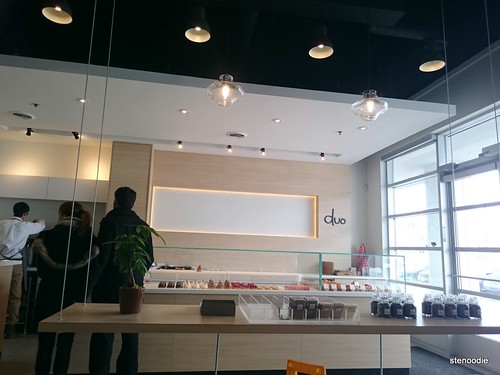 After our tea-infused lunch at Ten Ren’s, TK brought me to Duo Patisserie & Cafe where we tried out some delicious desserts and drinks.

Duo Patisserie & Cafe is a cafe that is the epitome of modern vibe, simplicity, and uptown chic.  You won’t find young kids or teenagers here.  The price point is simply too high for them to afford the bill.  This is not to say that they can’t eat here, but the clientele is mostly young professionals or friends who are catching up during working hours at this chic cafe.

Thanks to TK, I know now about Duo as I had previously not been aware of this lovely little spot for dessert and drinks. 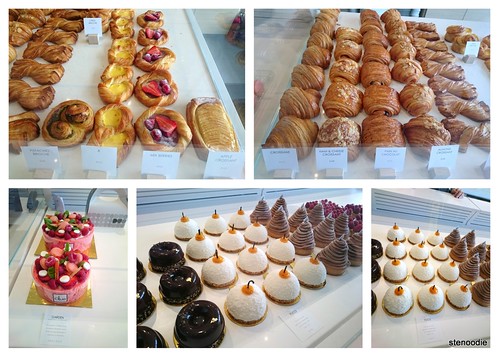 Their design is chic and simple.  Almost everything is white and even their menu is simple with a few pastries and cakes, a unique assortment of croissants, and a small list of beverages. 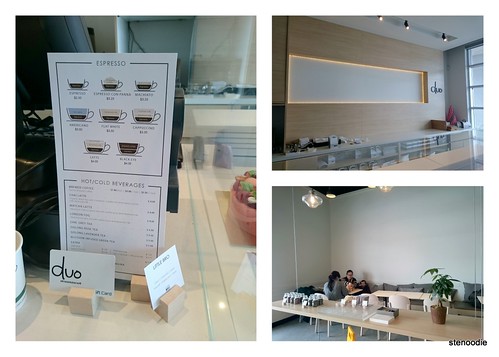 Simple design with not very many seats; they encourage take-out 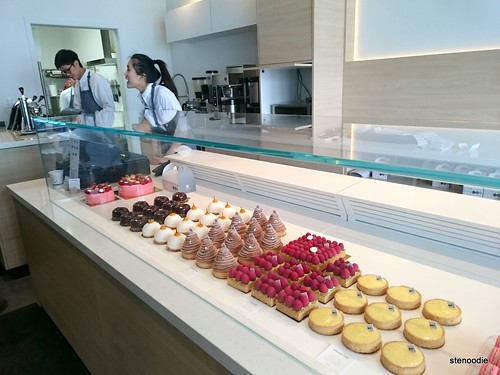 I absolutely loved the casual vibe there

TK told me that Rocky, one of the owners, actually worked in Starbucks previously for 10 years and then spent four years researching to open up this current business.  That’s pretty crazy.  One thing I observed was that Rocky seemed so content and happy and at peace with what he was doing that I found it very respectable and admirable.  It’s rare to see a business owner so content with working the barista position and so happy to make drinks for people.  It really added to the vibe of the restaurant, actually!

TK recommended for me to try their green tea latte which I did.  She had a Flat White, both of which were brought to our table afterwards by the server.  We tried the Yuco dessert which is a yuzu cheesecake covered with coconut nectar with a base.  It looked fancy and looked like a snowball too! 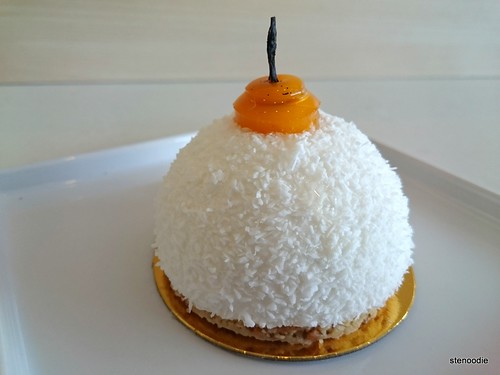 It turned out to be a very refreshing dessert that wasn’t overly sweet or overpowering in flavour either.  It was a very tart flavour that left me feeling ‘lighter’ than before.  Usually, dessert weighs you down since it is heavy and sweet.  This was the first ever dessert that gave me this sensation of wanting to eat more afterwards!  It was truly unique and I really liked it. 🙂 I was also surprised I liked it because I am usually not a fan of coconut bits on anything.  However, the coconut was actually infused as a nectar and made it so soft and smooth and embedded into the light cheesecake.  This is really something you have to try in order to know what I mean.  I highly recommend this dessert! 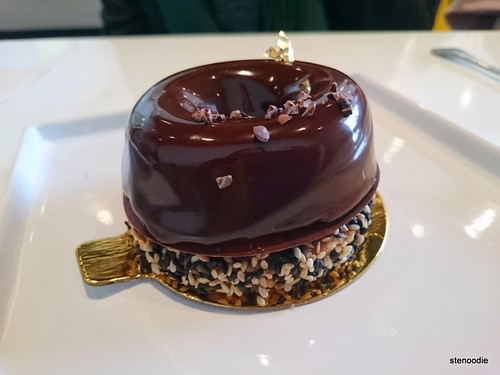 Since we were feeling “light” after the Yuco dessert, we both wanted to try the Hazel dessert as well.  This one was a chocolate dessert and also had a bottom crust that was crispy.  The chocolate on this one was rich and very, very smooth.  It was truly what chocolate mousse should be like.  I liked the crust of both desserts very much. 🙂

The Matcha Latte lived up to its recommendation.  It arrived as a beautiful latte art of a leaf.  TK joked with the barista that when they intend to make leaves in the art, they end up making a heart, and when they intend to make a heart, they end up with a leaf.  Practice makes progress! 🙂  The matcha smelled great too.  TK’s Flat White also looked amazing and tasted a little strong in flavour for my tastes. 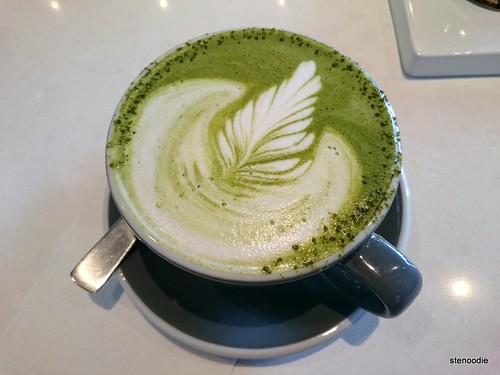 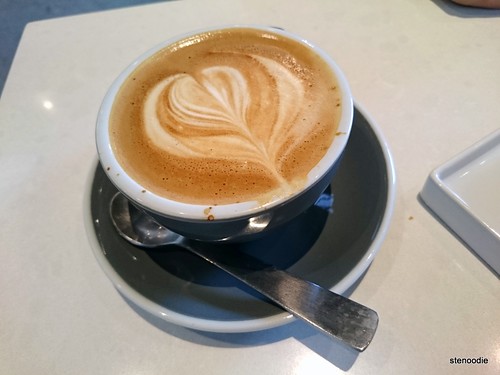 I love their desserts and croissant selection!  I definitely want to come back to try out their croissant.  That apple croissant looks divine!  This is such a classy place to hang out as well. 🙂