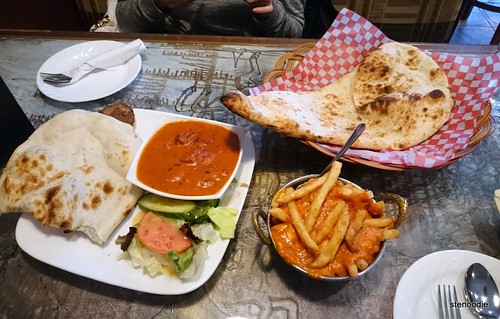 I love trying out recommendations from friends!  How do you know where to go if your friends, who likely have the same taste as you, don’t share with you great restaurants and food?  This is what happened.  TK casually mentioned one time after our lunch and dessert at Ten Ren’s and Duo that Bombay Bhel has pretty good lunch sets.  Since then, I’d locked it in the back of my mind and wanted to try this place. 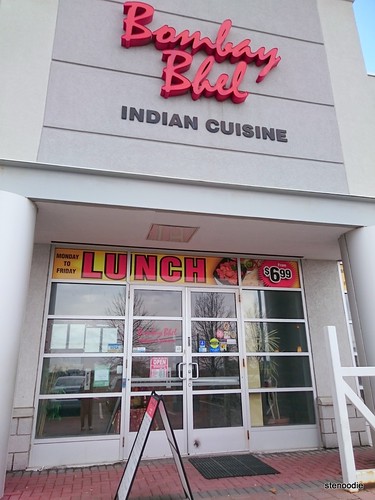 We came here on a Tuesday afternoon right as they opened.  Apparently it says they open at 11:45 a.m. on Yelp but their business hours on the front of their door says noon.  In any case, they have free wifi for you to tide yourself over if you’re there early. 😉  It’s smart and thoughtful of them to design two entrances after you walk in the front door; one for take-out and one for dining-in.

Since we arrived right at the time they opened, they had just started some incense that was super strong but which I also thought smelled really nice. 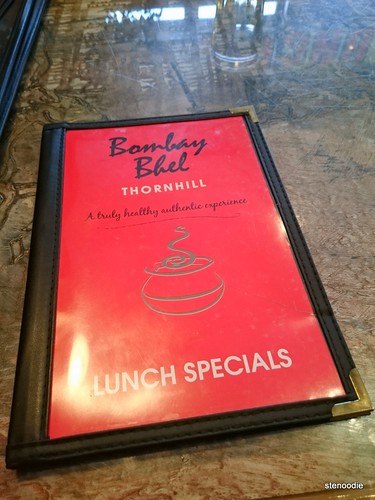 My single beef samosa arrived on a plate made for at least two or three with some sauce on the side.  I gobbled it up pretty quickly.  The beef inside the thinly crispy samosa was crumbly and the whole thing was pretty good with the sauce on the size.  I really appreciated the thin crust of the samosa. 🙂 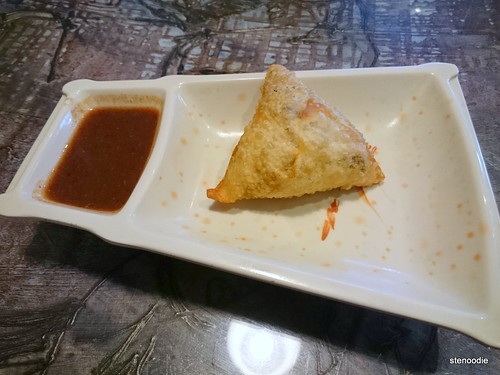 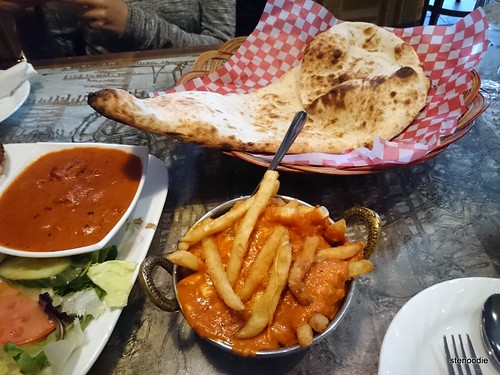 My butter chicken also came with naan but mine was folded up to fit on the plate so it didn’t look as impressive lol.  Mine also came with a side salad.  The salad was really fresh and topped with a light sauce that was good! 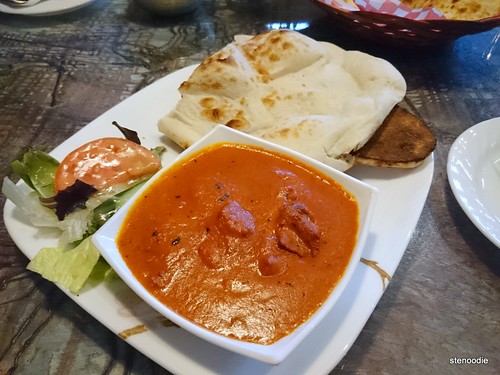 Mmm, butter chicken!  I don’t think I need to mention that the dish butter chicken is actually not made of butter, but it’s more like a curry sauce that is meant to be really smooth and in red-brown colour.  There were ample pieces of chicken in there and the sauce was pretty good.  I particularly liked the warm naan that was made nicely.  TK commented that this wasn’t the traditional naan though that is pan-fried.  I actually don’t know the difference. XD

The large amount of carbs filled us up pretty quickly and I ended up taking the rest of my portion home to enjoy later.  I really like this place.  The service is pleasant and fast, the food is good, and it’s cheap!  (And free wifi).  I would love to return again to try their other dishes. 🙂