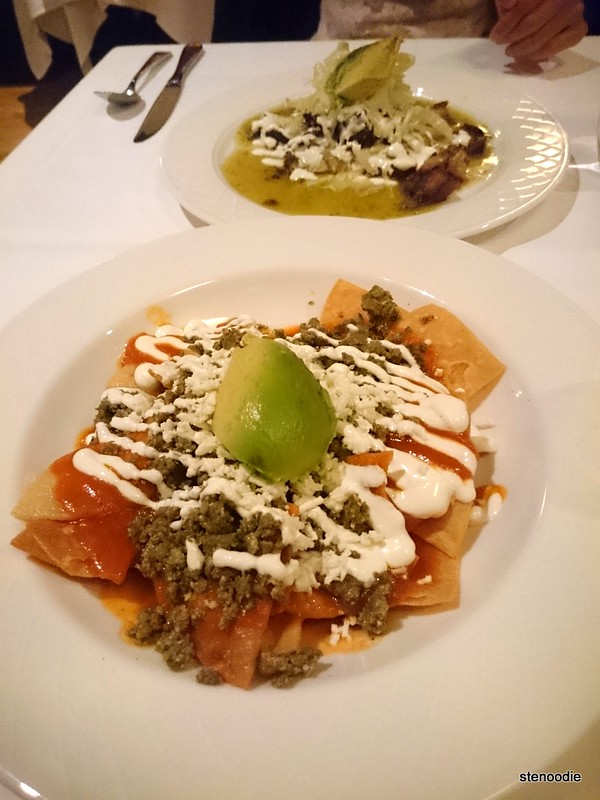 This afternoon, Tracy and I went to Los Colibris for a Summerlicious lunch.  I love going to Summerlicious with this girl as we always have a good time and we share our choices together so we can really try out all the items that are on the menu. 😀

Los Colibris is located at 220 King Street West in downtown Toronto and hosts authentic Mexican food Chef Elia Herrera.  It is located on the second level after a short flight of stairs and is an incredibly formal-looking restaurant with white linen service!  This is a really good place for a date or company dinner because of the classy atmosphere.  It was gorgeous inside.  I was not expecting the restaurant to be this upscale.  I was very impressed with the atmosphere. 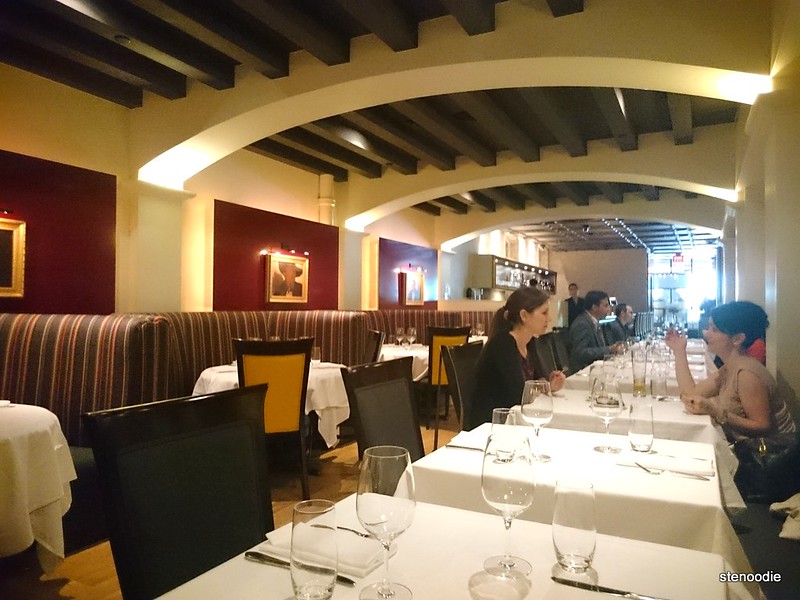 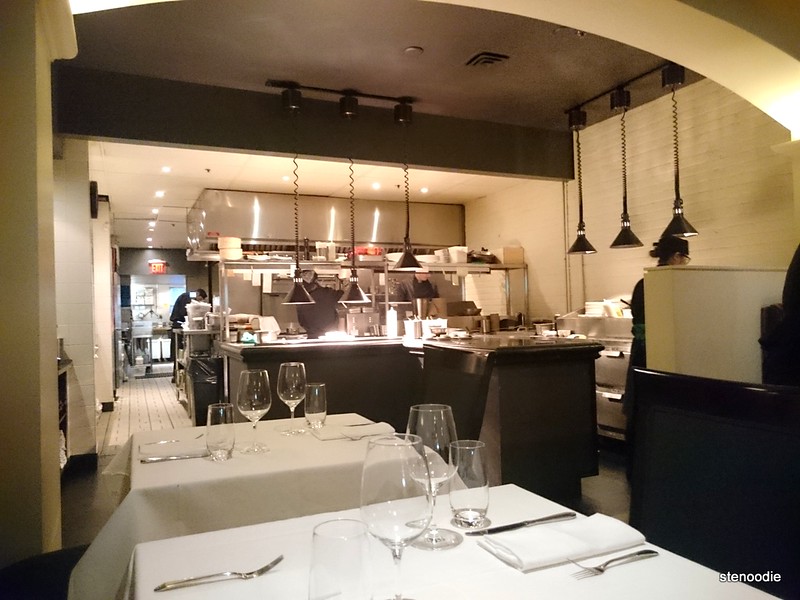 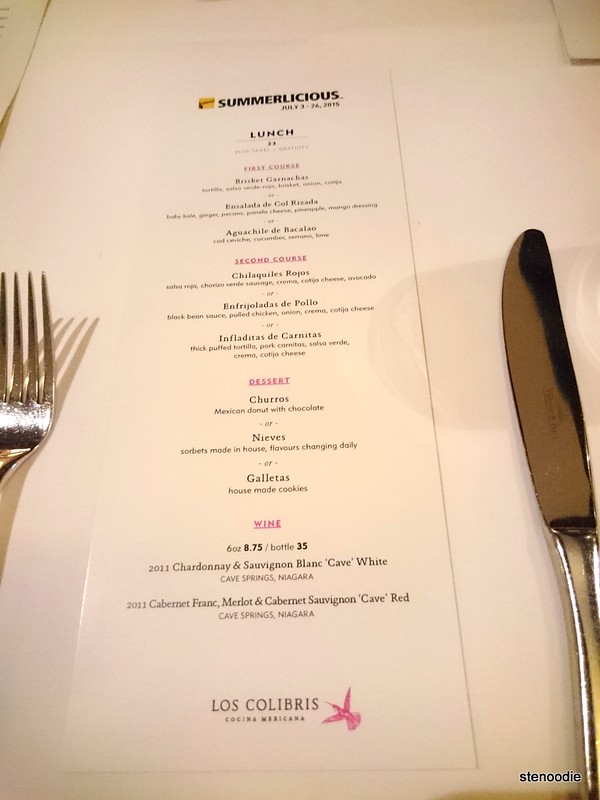 Our server for the afternoon was incredibly patient, professional, and accommodating.  It was truly top notch service!

We ordered the Brisket Garnachas and the Aguachile de Bacalao for our first course.  The names of the course on the menu were in Spanish so I actually had to look up some of these dishes beforehand to know what they were.

The Brisket Garnachas arrived as three tortillas that were light and crispy.  There was brisket, avocados, salsa verde-roja, cotija cheese, and onion on it.  It was actually very good!  This portion size was larger than I expected too with three large tortillas on the plate.  I liked how the soft tortillas were crispy so you could pick them up to eat.   If you left them on the plate for too long though, you would have to use a fork and knife to finish it because it got soggy from the heat of the brisket. 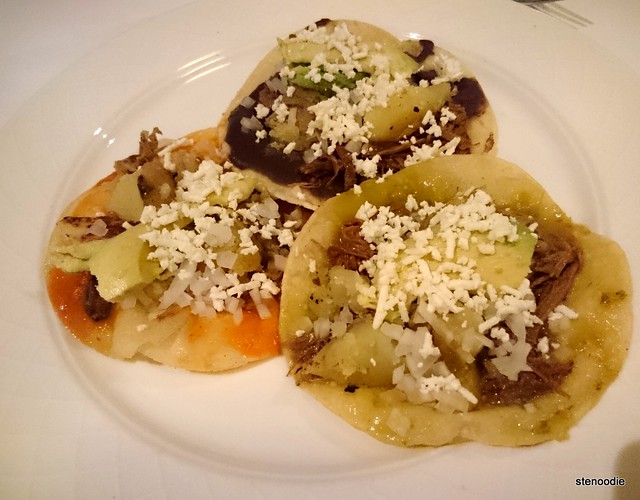 The Aguachile de Bacalao was a cod ceviche with small cubed watermelons in a cucumber and lime juice.  It was served with crisp tortilla chips.  This was also very tasty since the lime juice and the cucumber bits made the sauce a bit sour but very refreshing.  The small cubed watermelons were fresh and crisp!  I love trying ceviche at different restaurants and I really enjoyed trying out this one.  🙂 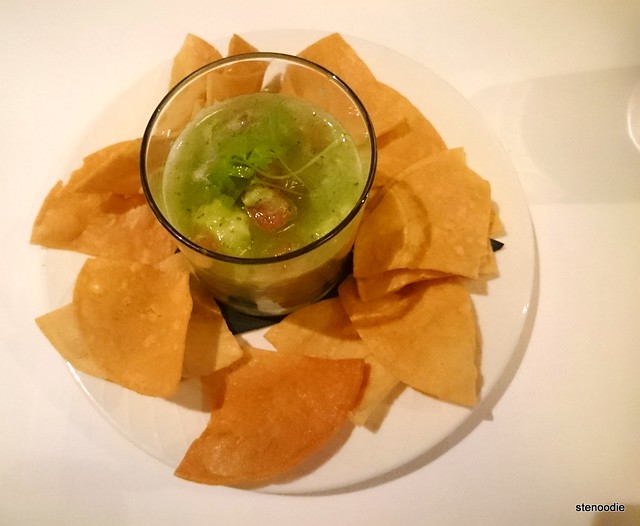 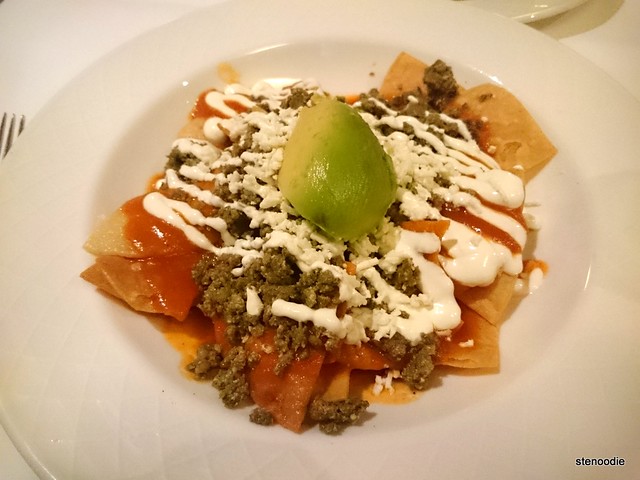 For our second course, we ordered the Chilaquiles de Rojos and Infladitas de Carnitas.  The Chilaquiles de Rojos was similar to the cod ceviche in which they used tortilla chips.  There were chorizo bits scattered on top of the tortillas with cheese, sasla roja, avocado, and a tangy spicy sauce.  It was pretty good. 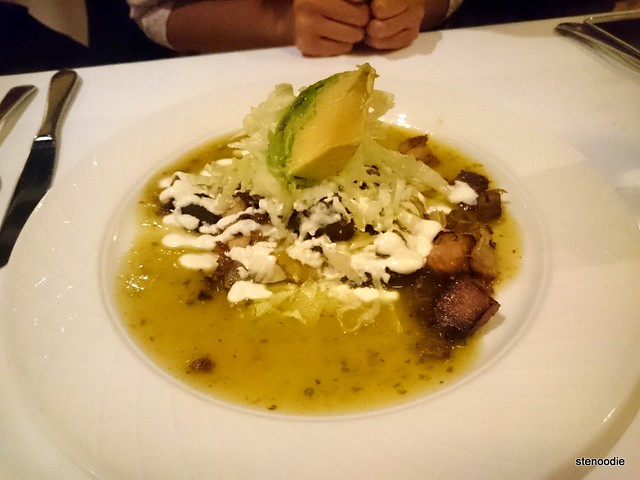 The Infladitas de Carnitas consisted of a thick puff tortilla with pork carnita, salsa verde, cheese, iceberg lettuce strips, and avocado.  This was a very heavy course due to the puff tortilla and I’m glad that we shared this.  I liked the tangy and sour salsa but found the thick pulled tortilla taste like potatoes. 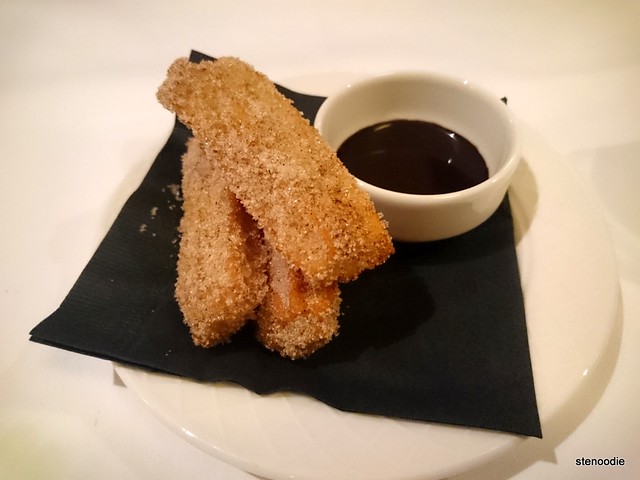 Lastly, we both got churros for the dessert.  We were so full already and thankful that they arrived as three short churros.  It came with a side of thick chocolate sauce that I thought had a hint of alcohol on the first bite.  The churros were pretty good but a little mushy inside.  I liked how they were hot and fresh.  I still like the churros from Frida best. 🙂 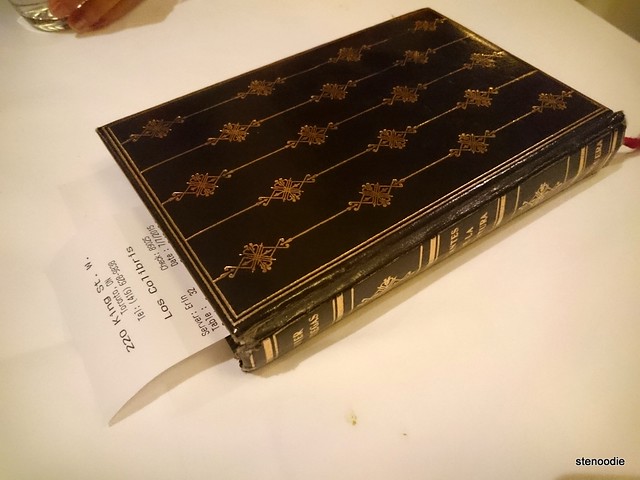 It was so unique how the bill arrived leafed in a real book! 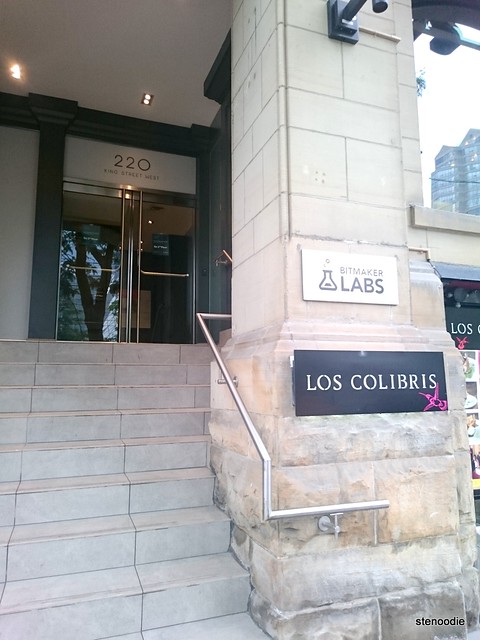 All in all, it was a pleasure to spend lunch here at this fancy restaurant and try out authentic Mexican food. 🙂  I liked the quiet atmosphere and impeccable service.