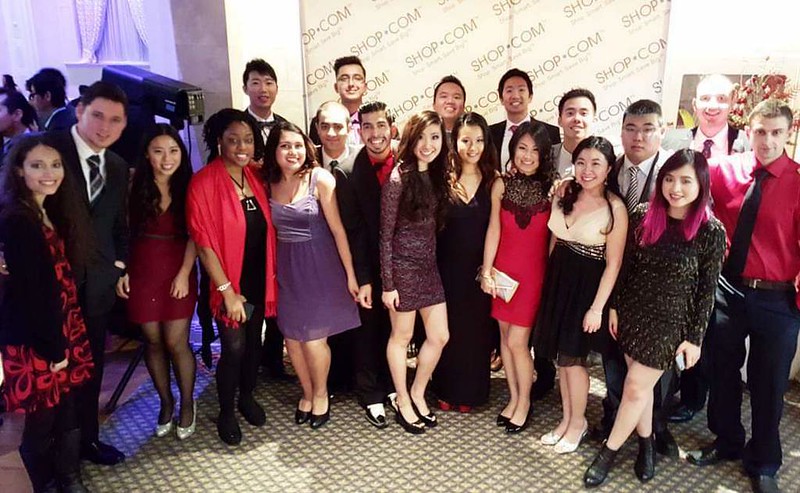 GenYTO Christmas Gala 2015. One of the few big group shots this year

I usually don’t blog about banquet or convention hall/wedding food, but as I’ve been blogging in a journal-style and recording more of my experiences and adventures than ever before on this blog, I’ll be writing up about our GenYTO Christmas Gala 2015 this year.

This year, the venue was selected to be at Peter and Paul Banquet Hall way before the autumn winds rolled in.  Thank you to Andrew and Shiang Yee for preparing and planning us for us for such a long time!  It’s a banquet hall in Scarborough located right off the 401 highway near Markham Road (where my grandma lives!) which prides themselves on being a single-event venue.  That means that if you are able to book their venue for the day, you are the only ones they host for the day; no one else.  This means that everything can be set up at the venue the morning of even if the event is at night. 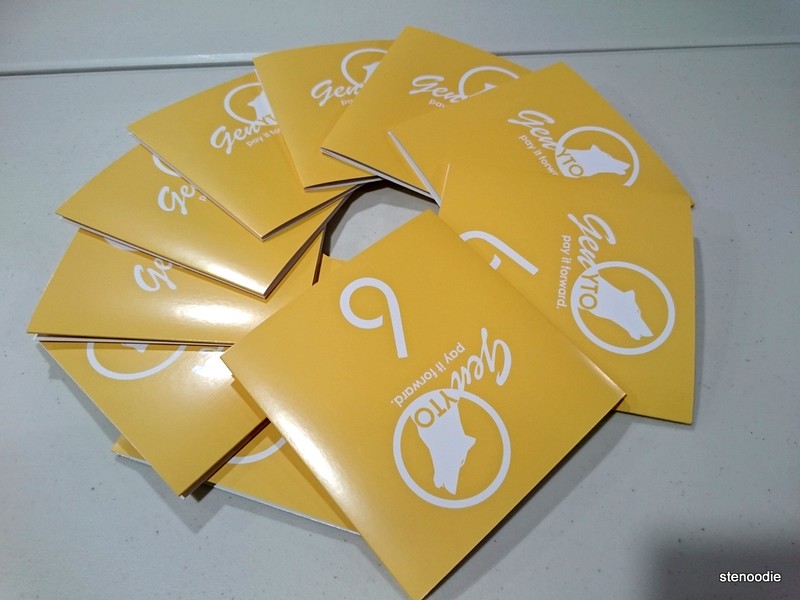 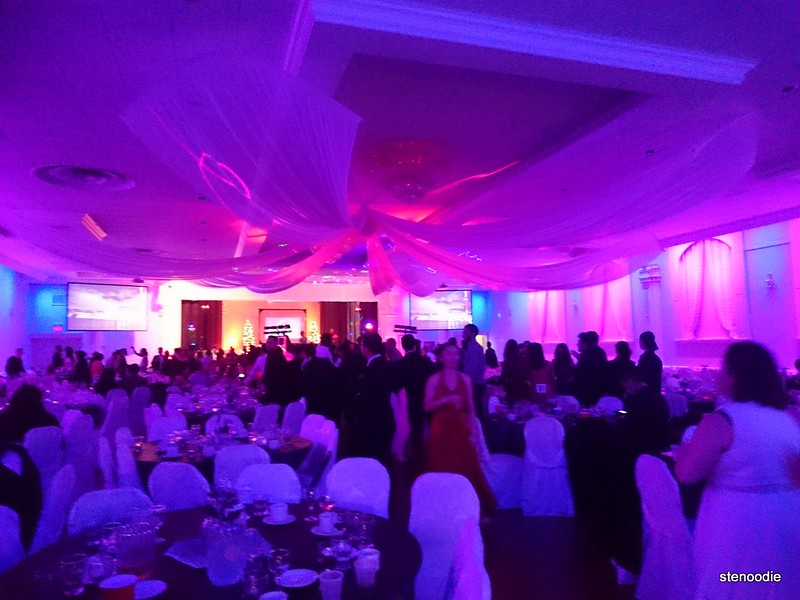 What a really pretty venue 🙂

Our Christmas Gala this year was on Saturday, December 20, 2015, a date that many of us had marked into our calendar for months.

For $50, only a select few were able to get their hands on a ticket.  There are so many of us now that not everyone was able to be accommodated to get a seat.  Despite that, we did have 590 people attend this year.  (I believe there were only about 300 seats available last year.)  This just goes to show that we are expanding at an admirable rate.  Maybe next year we’ll have 1,000 people attend!!  Where will the venue be next year? 🙂 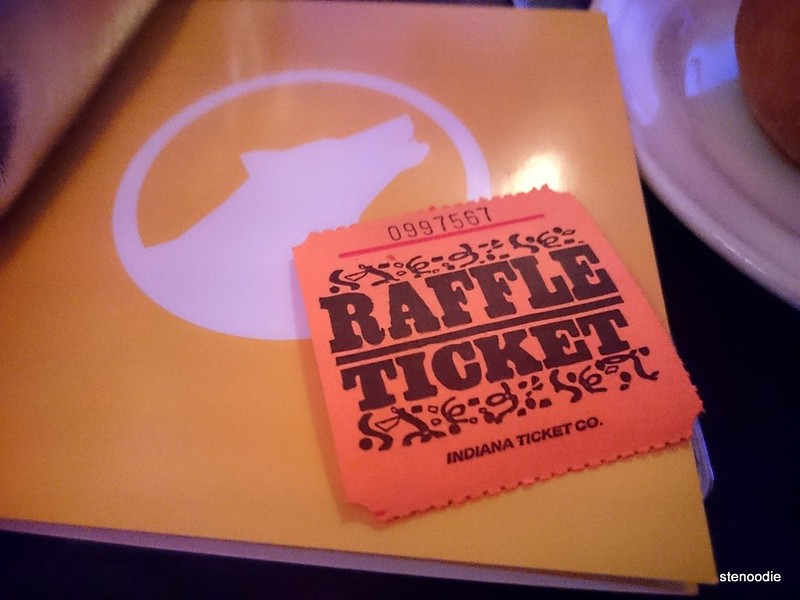 One of the grand prizes of the raffle draw was a flat screen TV!

The menu that night consisted of three courses of western food (last year, we had 10 courses of traditional Chinese banquet food).  We started off with cold bread rolls and butter and a fresh salad that had a light dressing.  Yum! 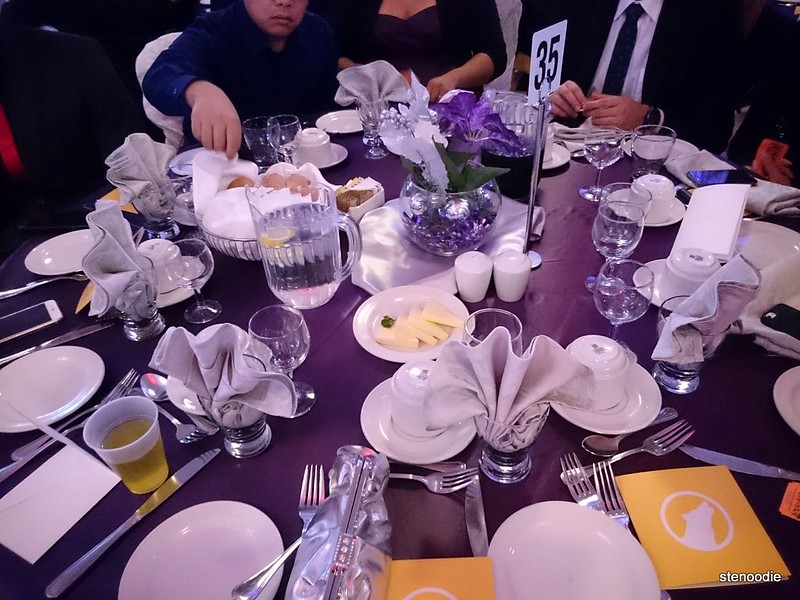 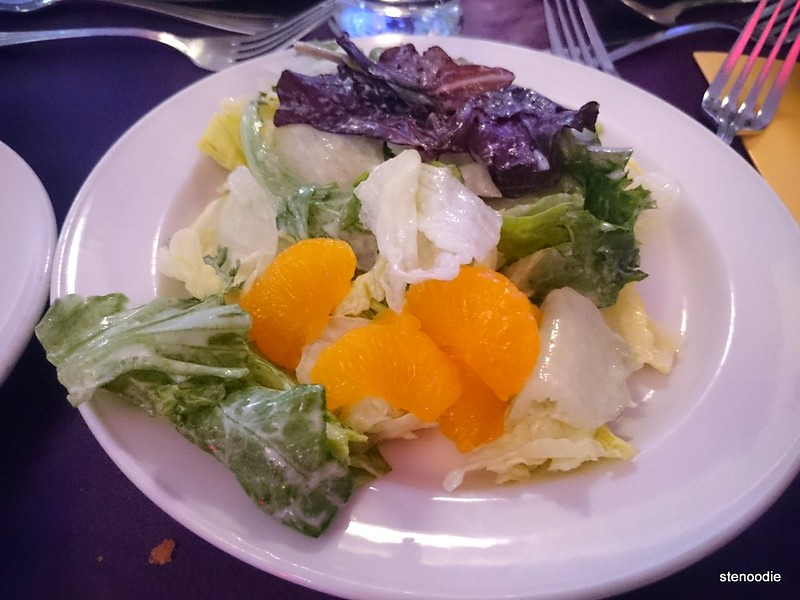 The main courses were available ahead of time to be chosen in standard (chicken & beef), salmon, vegetarian, and halal.  I chose salmon!  Usually, I’m a big meat eater and would have chosen the standard choice, but I’ve been scaling down in my portion controls lately (not sure why I have had a smaller appetite as of late) and wanted to have salmon instead.  It arrived with potatoes and veggies and was paired with a cream sauce.  I enjoyed it as the salmon was not rough or overcooked at all (a frequent faux pas in banquet food).  Anh tasted it and did say that it was fishy though.  There was more than enough food on the plate and I couldn’t finish all the potatoes unfortunately. 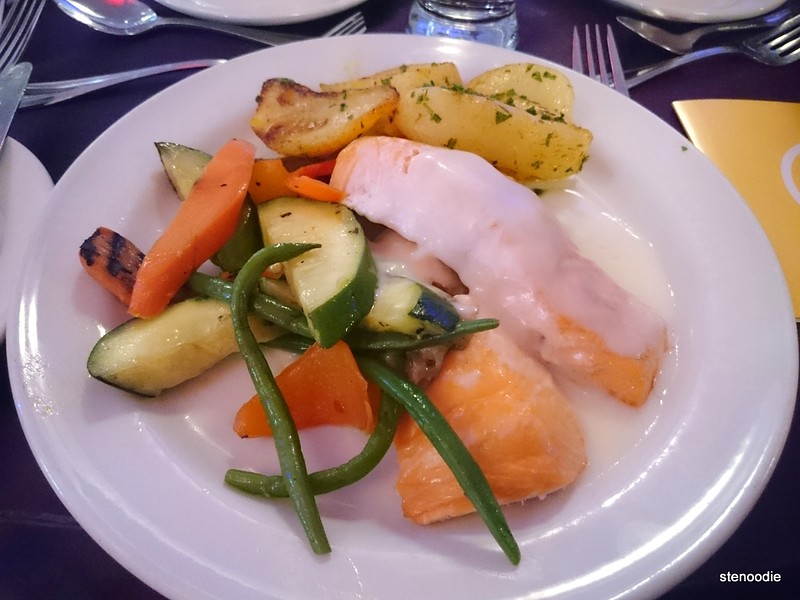 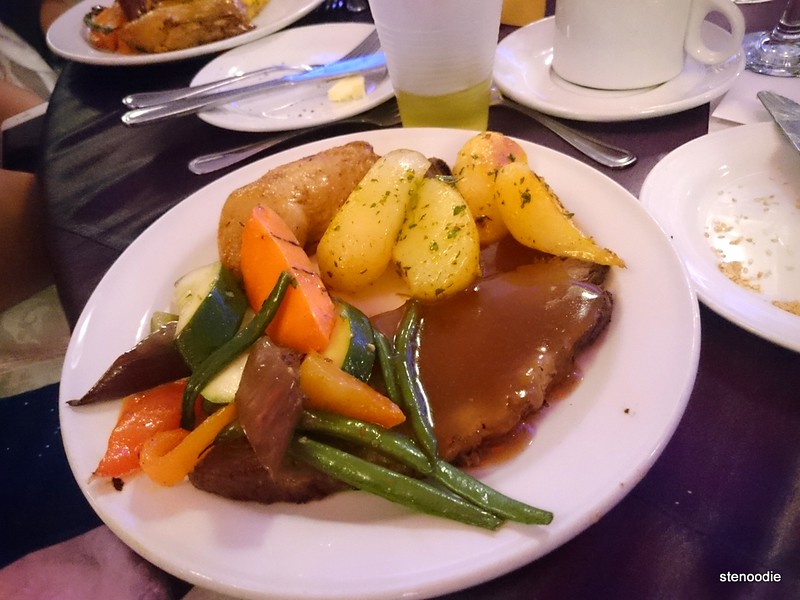 Chicken & beef. I tried the beef — it was more tender than I thought. I heard that the chicken was very dry however 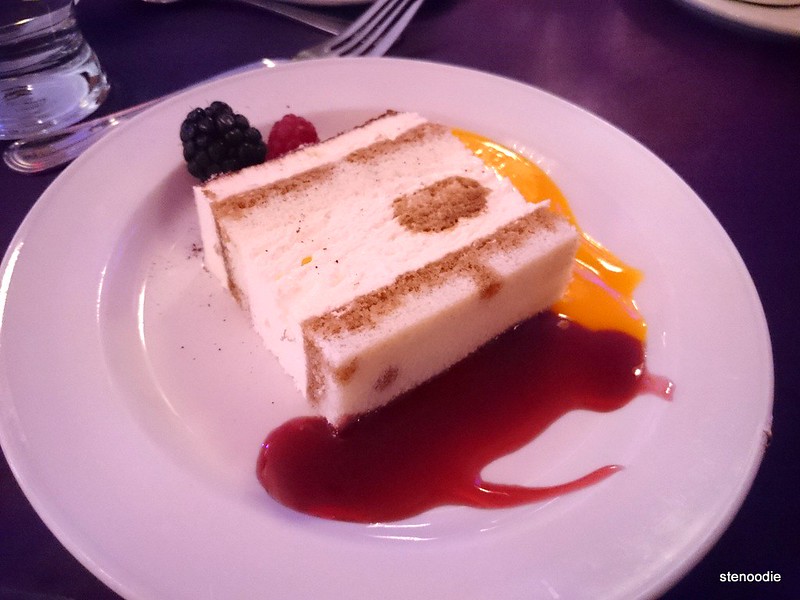 For dessert, we got a cappuccino tiramisu cake that was served with a mango sauce and a red sauce.  The cake itself wasn’t very fantastic… I actually wasn’t sure what kind of cake it was at first as my first bite couldn’t discern what was in it at all.

Nevertheless, who I am to really critique banquet food.  We all know that it’s quite run-of-the-mill and that the cooks make it en masse.

We enjoyed great speeches, awards, performances, slideshows, flashback videos, games, and prizes that night.  As usual, we took lots of pictures to commemorate the night and to end the year of 2015.  Here are some of the pictures! 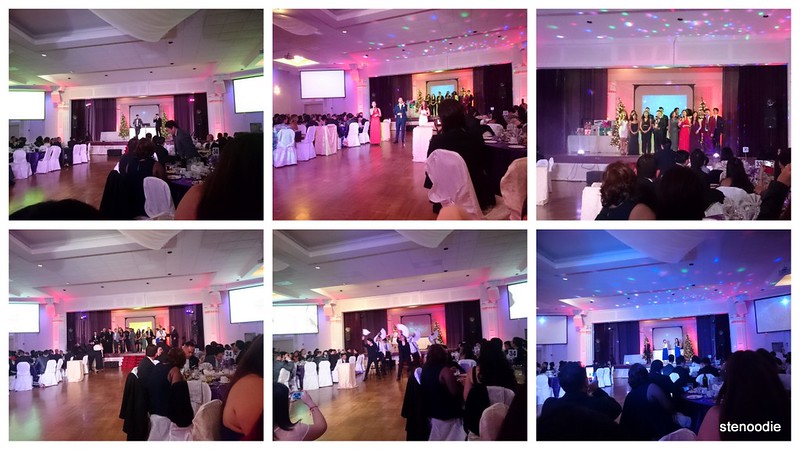 Many performances of the night! 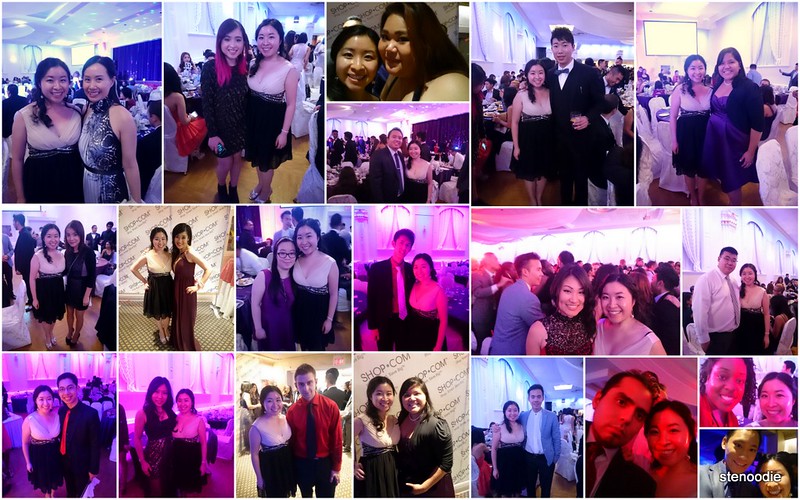 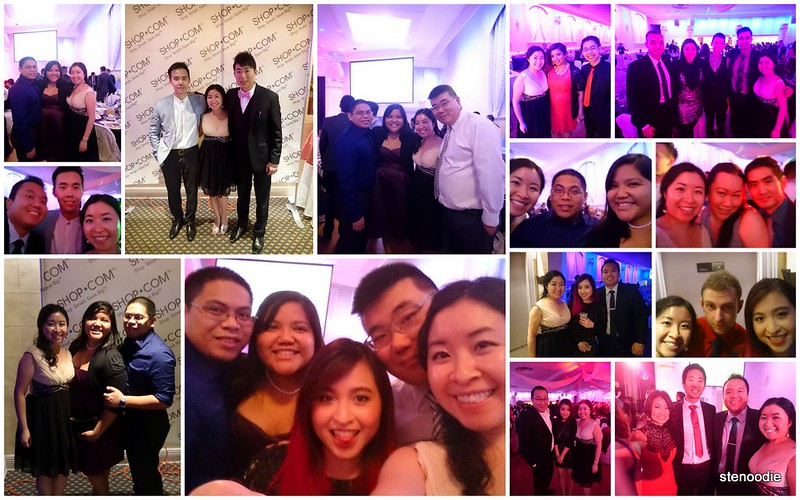 My “date” for the night. Silly faces!