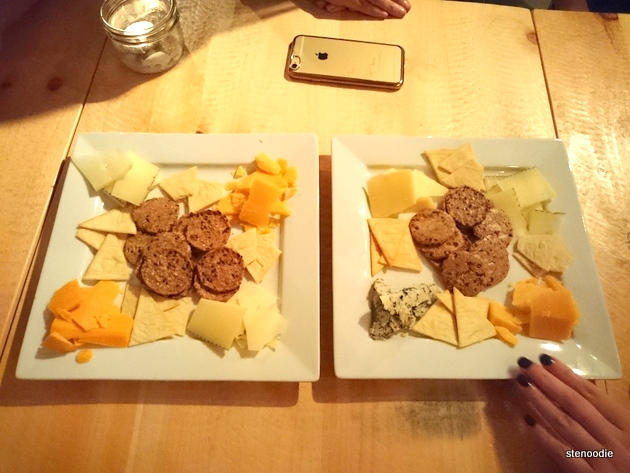 Page One located at 106 Mutual Street in Toronto

After our dinner at Imanishi Japanese Kitchen, some of the foodies wanted to get a coffee, so we happened to stop by Page One to check it out.

Page One is newly opened in Toronto, located on 106 Mutual Street near Ryerson University.

It’s a medium-sized café serving up hot and cold drinks with menus for lunch or dinner.  I can see how it can be a great place for studying or even a chitchat with a friend or two.  They have numerous long and small wooden tables and a wall filled with potted plants. 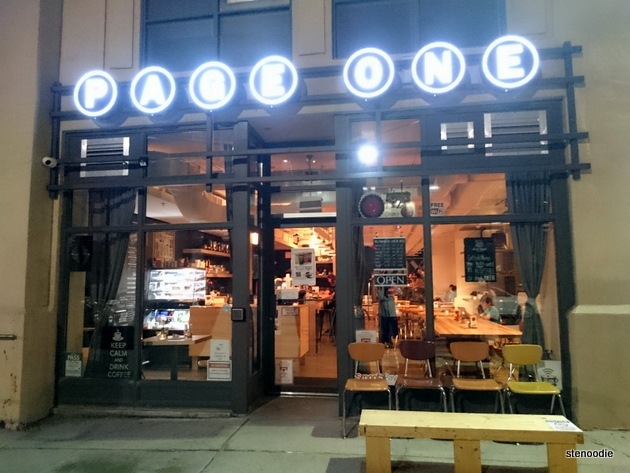 Page One storefront at night

In addition to coffee and drinks, we decided to share a cheese plate.  There were two options, one for 1-2 people to share or a bigger one for 3-4 people to share.  We could choose four cheeses per cheese board out of the six selections.  We doubled up on the manchego and the first one and ordered one of everything else. 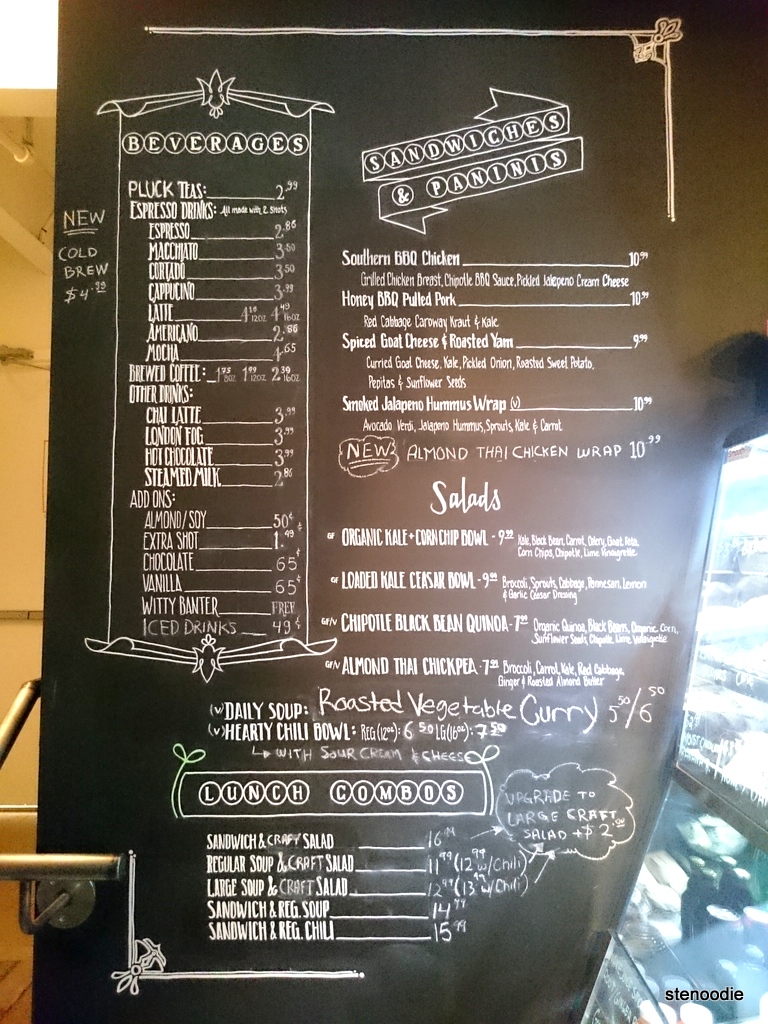 Page One beverages and food menu on the wall 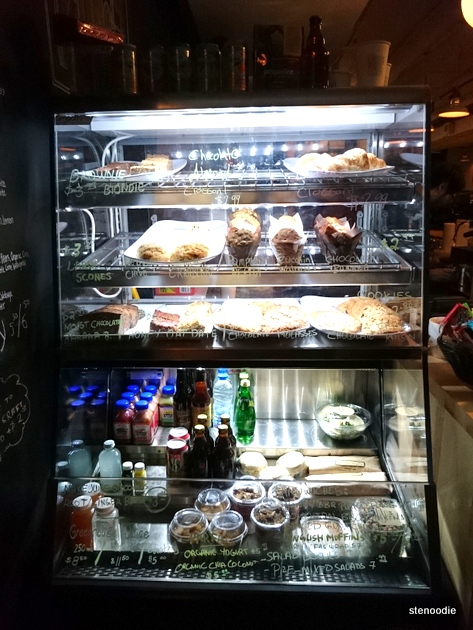 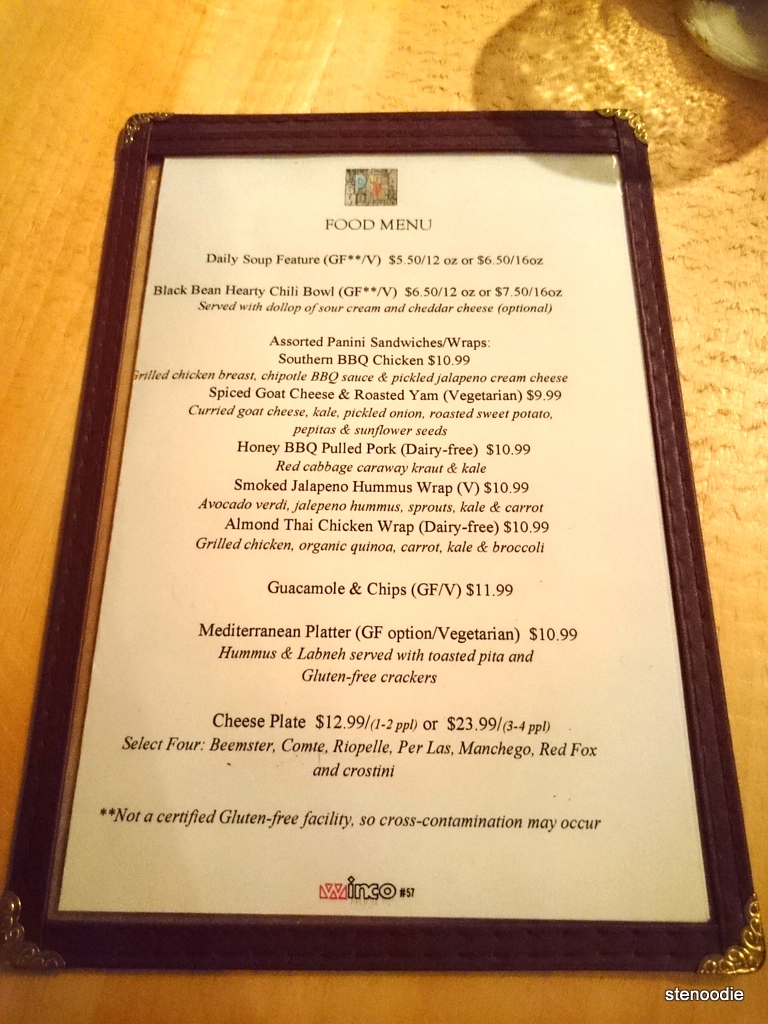 There was a server that attended to us, but since it was later in the evening on a Saturday, there weren’t many people here in this café. 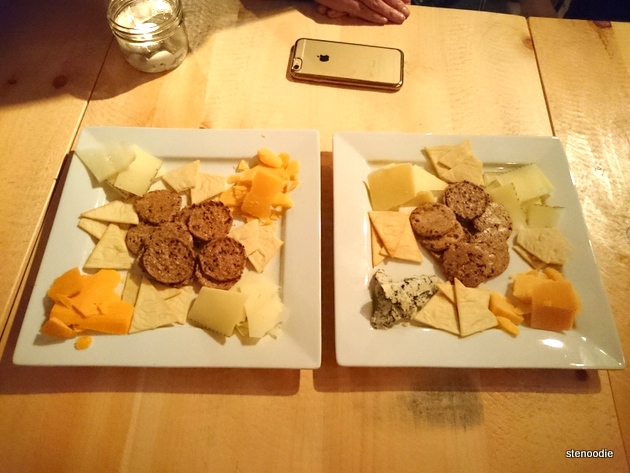 When our cheese plate arrived, Anh and I were disappointed that the cheese and crostinis were merely placed on a white ceramic square plate.  We had expected an elaborate wooden board with sliced cheese arranged meticulously on the board.  (We both had fond memories of the beautiful and fully loaded charcuterie board experienced at Nuit Social.)  Here at Page One, it was very simply a plate with cheese and crackers on it.  No frills!

There were six types of cheese: Beemster, Comte, Riopelle, Perl Las, Manchego, Red Fox; and two types of crostinis: a thin crispy sesame one and a triangular wheat one.  I liked the triangular one crostini. 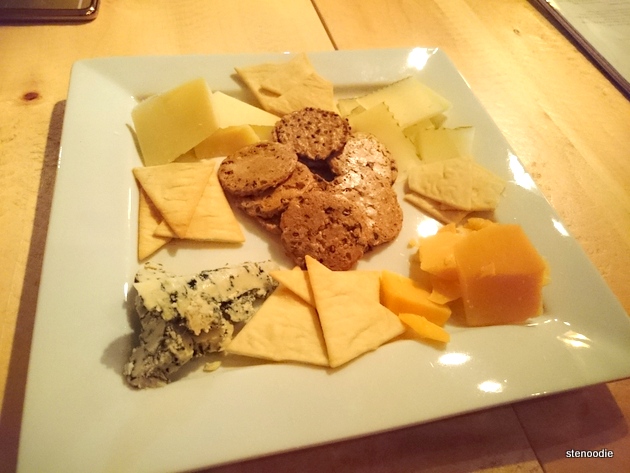 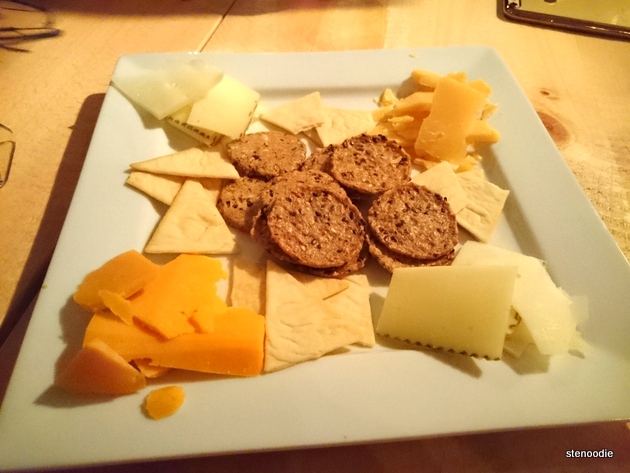 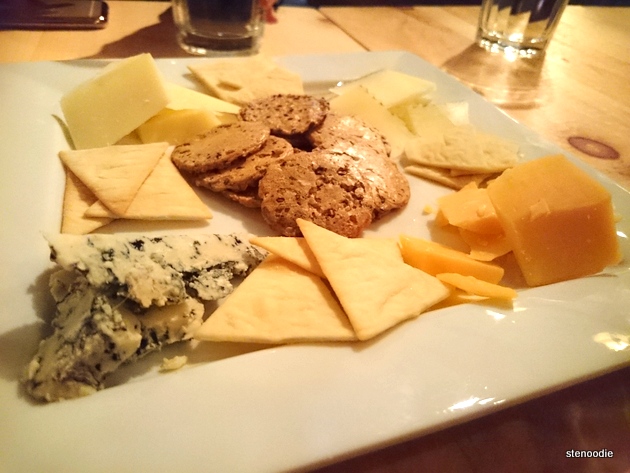 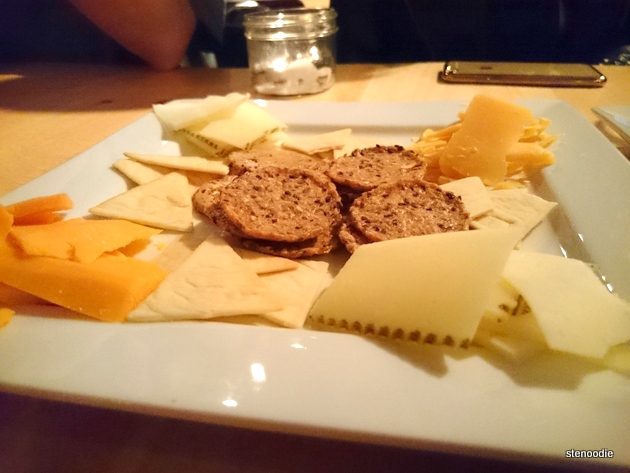 I was a huge fan of the Perl Las cheese that resembled blue cheese.  It was incredibly strong and those who don’t like goat or blue cheese will not enjoy this one.

The Manchego cheese is characterized by a distinctive zig-zag pattern (pleita) and very firm.

(Researching now about the cheeses that were in the cheese plate while writing this blog post, I don’t think we actually received the Riopelle cheese on their plate… there was nothing on our plate that looked like Riopelle cheese.  Hmm.  :/)

The other three cheeses were not too distinctive and tasted similar.

This was all a lot of cheese and crackers for even the five of us! 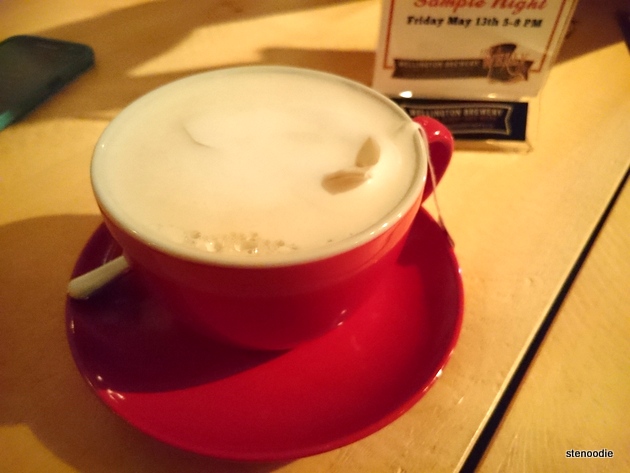 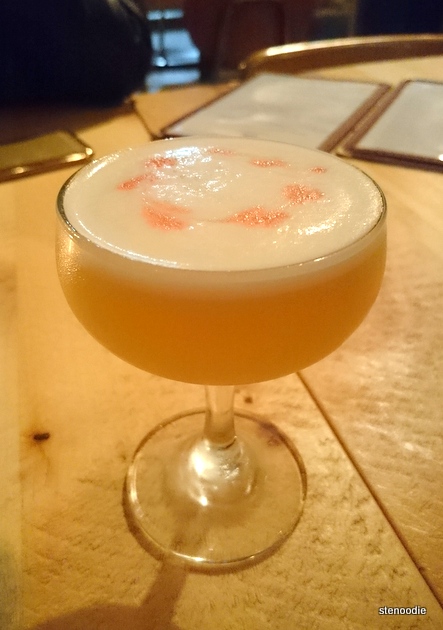 There seems to be a lot of positive hype about Page One online.  For me, I’d have to return here to try something on their lunch or dinner menu in order to fully try out their food. 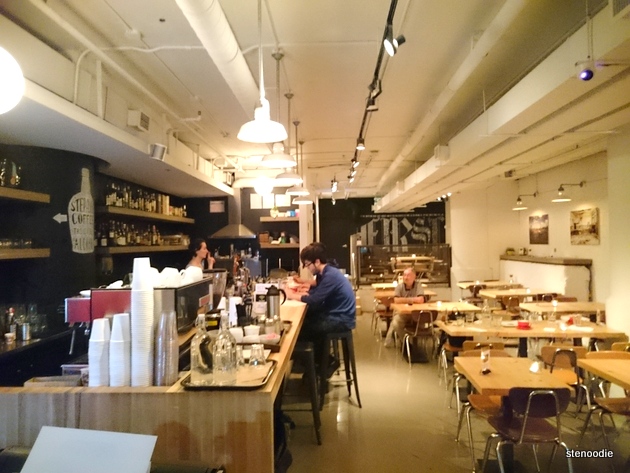 What the restaurant café looks like when you walk in 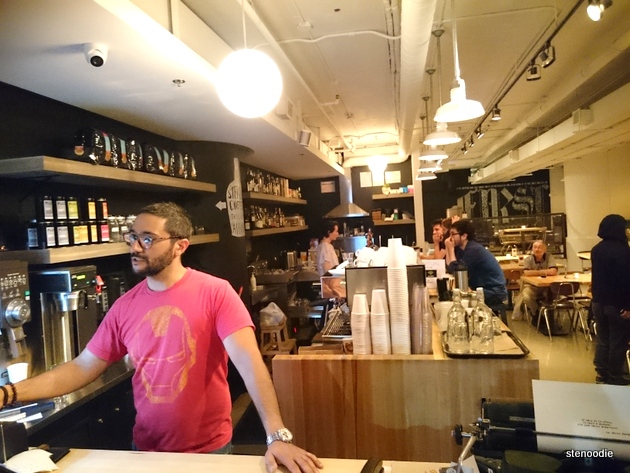 It’s cute that they have a old-fashioned typewriter at the front and some knickknacks scattered on the table too. 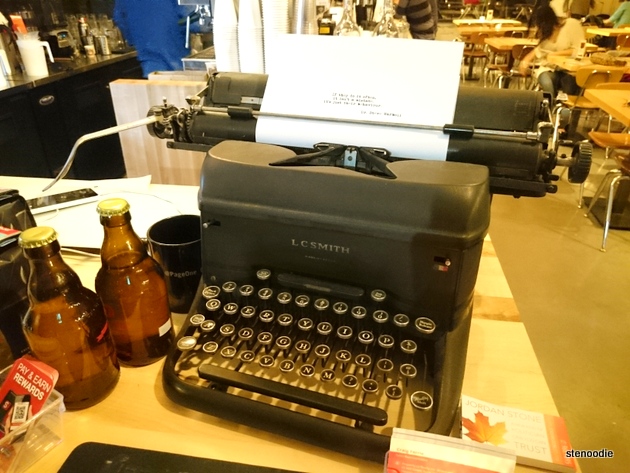 2 Responses to Page One