We arrived at Paris Charles de Gaulle Airport early ready to board our flight back home.  After we proceeded through customs and x-rays, I saw that there were many boutiques and souvenir shops.  Typical of Paris, France, there was also a Ladurée shop!  Even though I had tried my first French macarons from there already, I still wandered into the shop to peek around. 🙂  Across from it though, there was a La Maison du Chocolat that also had displays of chocolate and macarons!

While I was browsing the macarons, the man behind the counter gave us some chocolates to sample.  I believe I had a dark chocolate to try.  Mmm, yum! 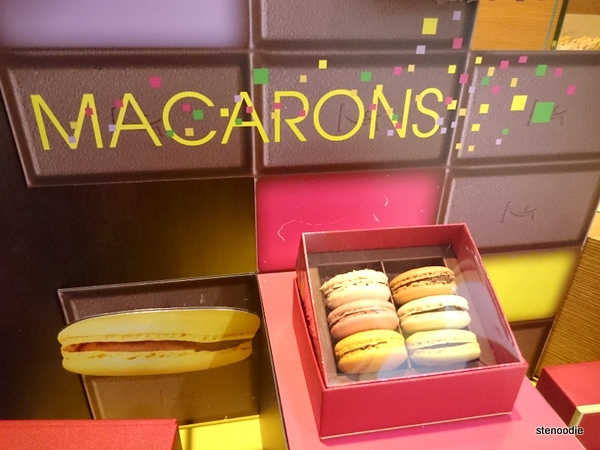 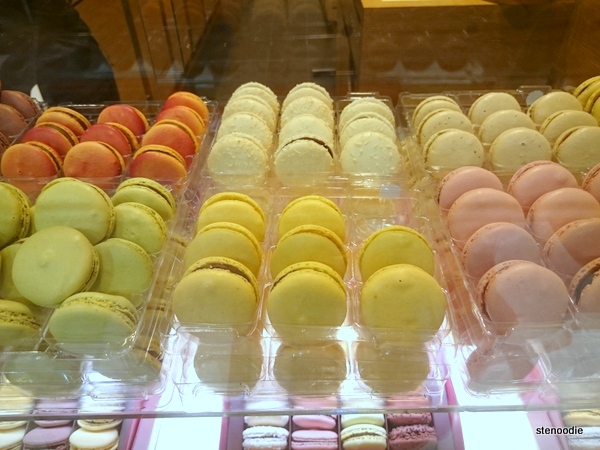 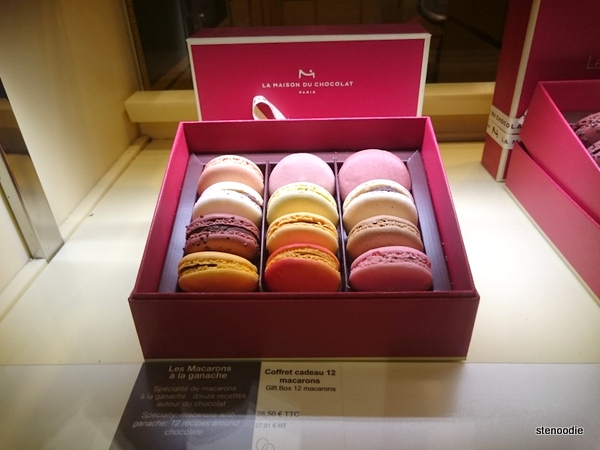 What a pretty box!

I decided to get three macarons to try from here (to compare with that of Ladurée and also because I felt like I wanted one more true French macaron before I left France). 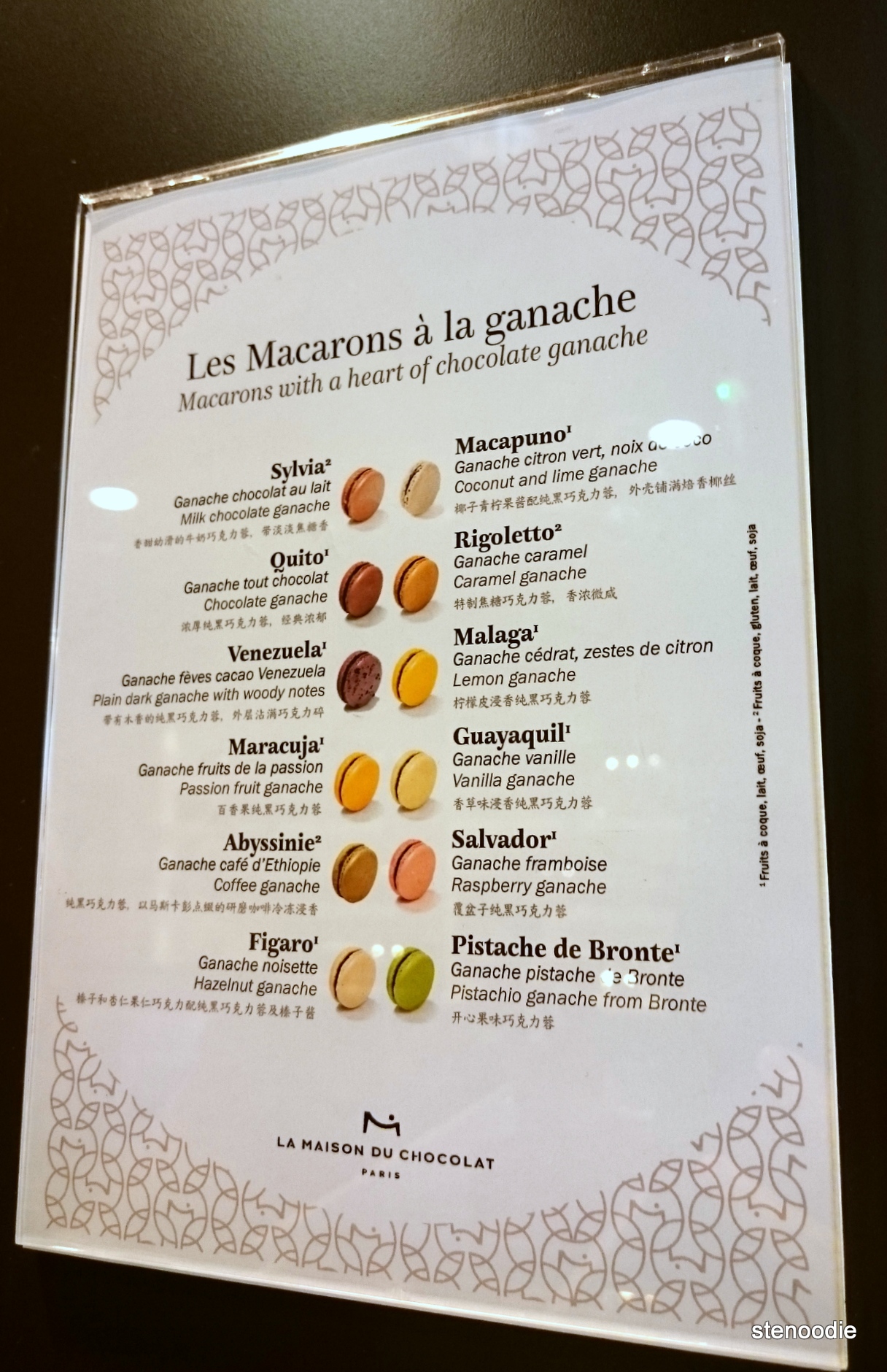 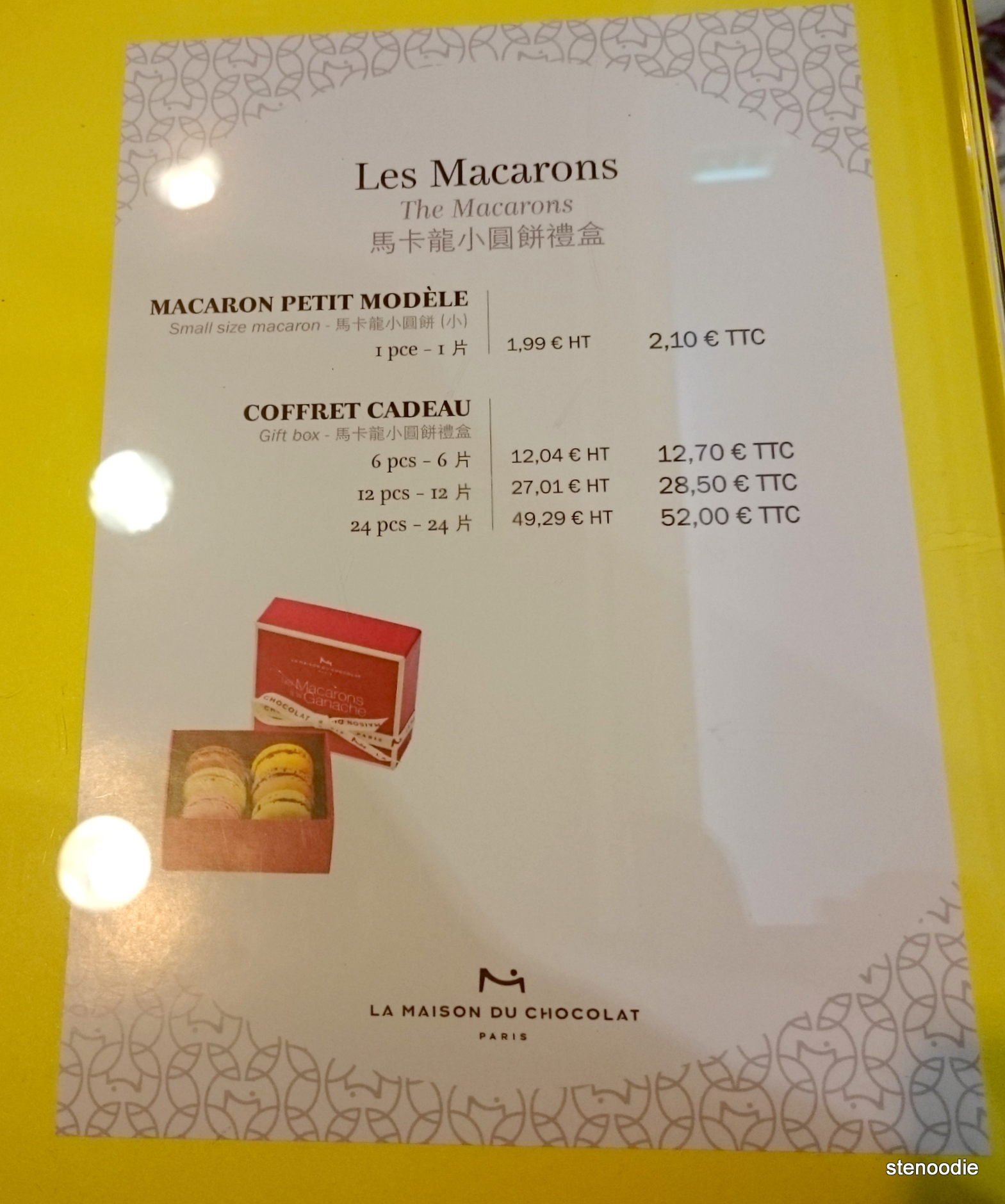 There were a number of flavours, all with a heart of chocolate ganache in the centre between the two crisp macaron shells.  Now I know why these macarons were distinctly from “La Maison du Chocolat”!

I chose the Caramel, Lemon, and Coffee flavours. 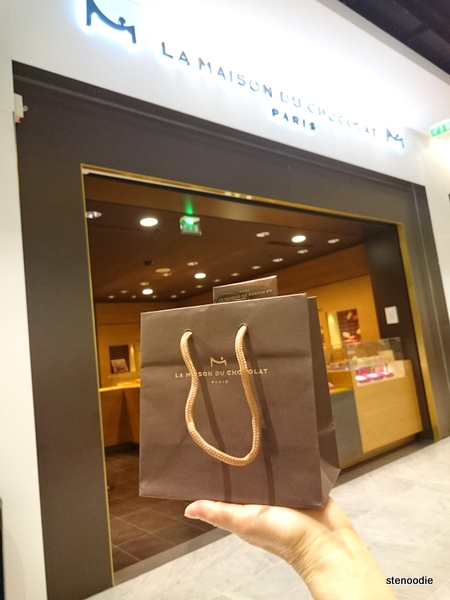 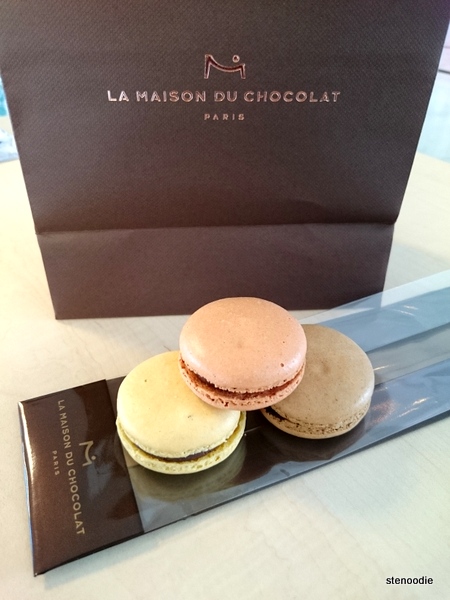 I found that the chocolate ganache heart really sweetened things up and took away from the flavour of the macaron.  I also found that the shell of the macarons weren’t as crunchy or crisp as the ones from Ladurée.  I still did taste the flavours of the lemon, coffee, and caramel, but I definitely think I could have done without the chocolate ganache centres. 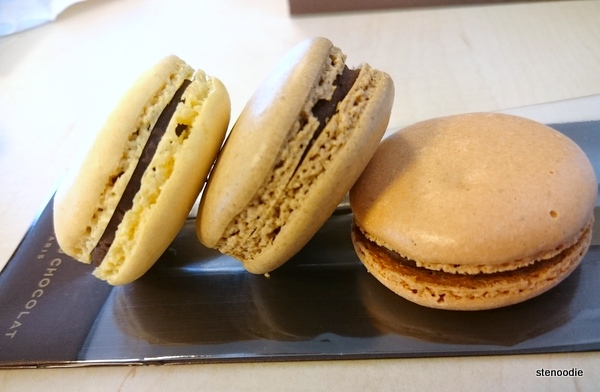 Macarons with a heart of chocolate ganache! You can see the chocolate within each one

For these reasons, I did like Ladurée’s macarons better.  However, I think that if you are someone with a huge sweet tooth and chocoholic, then for sure you will enjoy these macarons from La Maison de Chocolat. 🙂 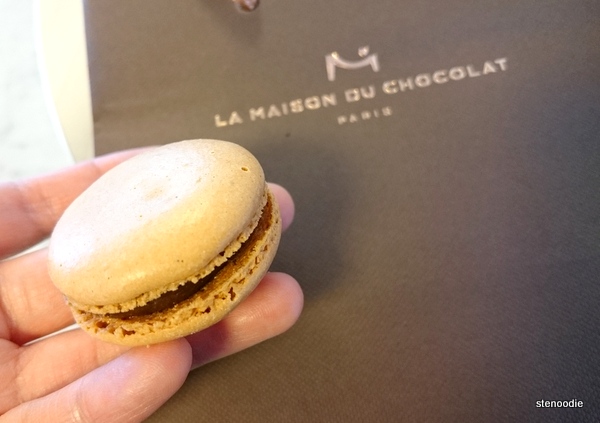 I was still grateful to be able to try another French macaron shop before I departed though!  (Literally right before I left France…:P .)