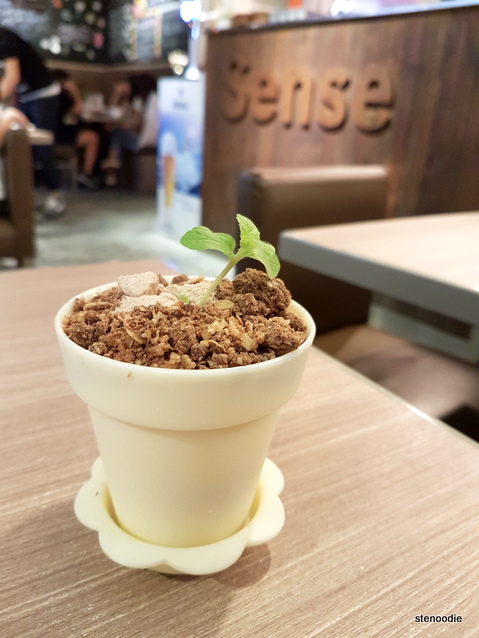 It was finally time to explore a local foodie shop of my choice!!!  All during this trip, I hadn’t had the chance to eat out at a restaurant that I truly wanted to try for the sake of being a foodie.  To me, that means that the food is probably highly “instagramable”, the food is trendy, and the restaurant is worth the experience.  Thus, when I checked out the local restaurants that were the area we were staying at, Sense Dessert Café popped up and we came here for a late lunch. 🙂

We arrived a little before 2 p.m. (yes, late lunch) and got seated almost immediately.  Originally, we were given a table in the middle of the room but after we saw someone in the booth seat near the side of the restaurant leave, we asked to move there instead so that we would have a more comfortable dining experience. 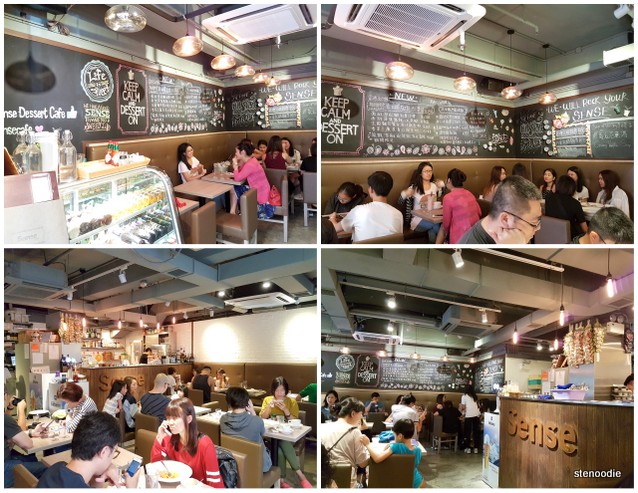 The interior; lots of seats and quite cozy inside!

Since we were at Sense Dessert Café, I already knew that I wanted to try out their desserts.  That was their namesake!  We ordered two desserts to share, one appetizer, and one main entrée.

The dessert in a cup trend where it looks like a potted plant is something that had had before but somehow, I still wanted to try it here.  They served it in three flavours:  Original, White Chocolate, and Matcha Tiramisu.  I chose the White Chocolate Tiramisu.  This was the one item to arrive and we downed this little dessert in a jiffy. 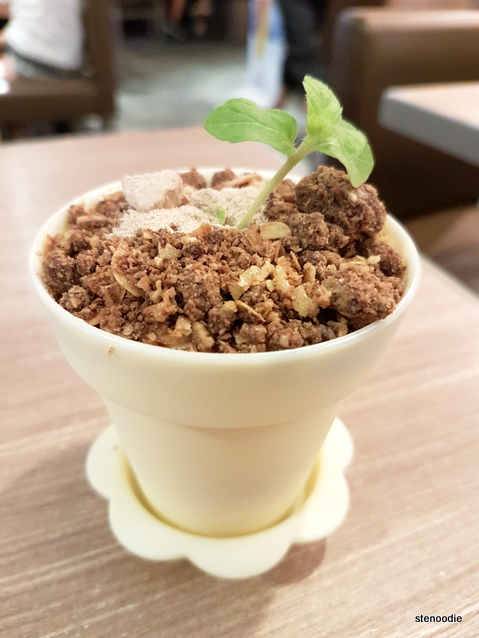 It definitely resembled a potted plant with the top of the ‘cup’ covered with chocolate crumbs and a sprig of green plant to complete the look.  It was pretty good! 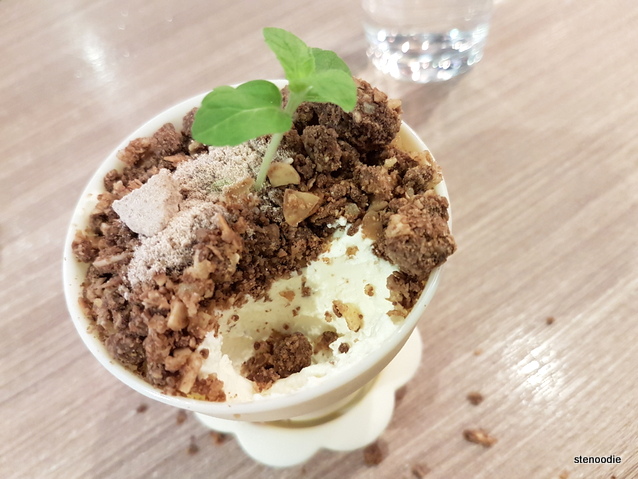 A look into the “potted plant” 😛

The “bread crab” with white wine in spaghetti arrived next.  It was really fancy but I thought it was kind of a rip off because there were only two small crab claws included with the spaghetti.  The Chinese name of the “bread crab” threw me off because I thought that it was going to be something more unique. 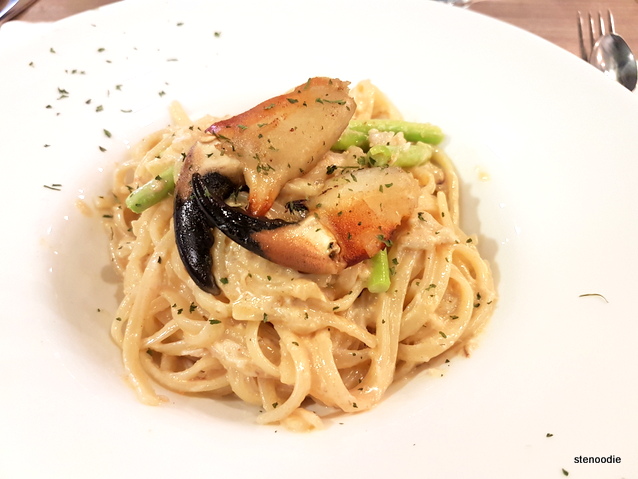 Since I was hungry, we ordered the Fried Chicken Bites with Cheese Sauce.  This was a little underwhelming as well. 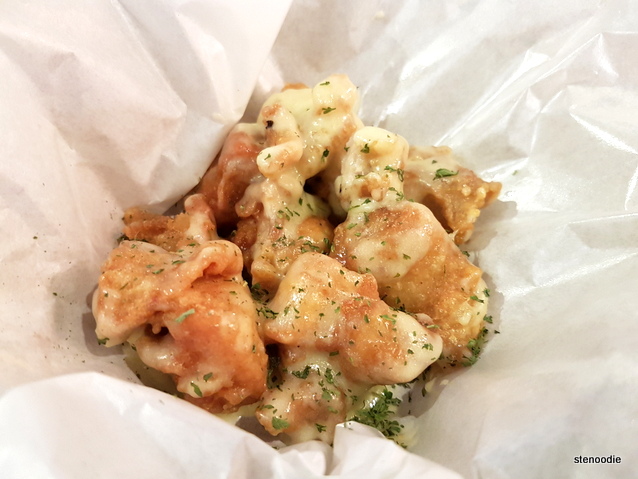 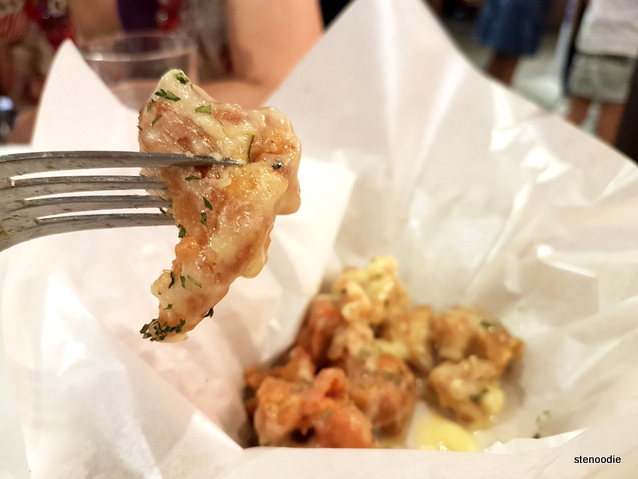 Mmm, fried chicken and cheese. Who can resist?! 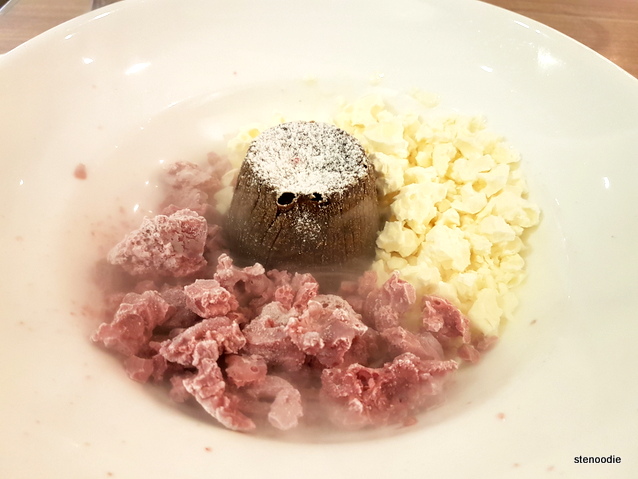 Lastly, the main feature dessert arrived!  This was DEFINITELY what I came to this cafe for.  This was part of their “Sense’s Creative Desserts” section where they served molecular ice cream (!).  The molecular ice cream was added with liquid nitrogen of -19°C and stirred to granules.  The menu advised that this was best served with the freshly baked lava cake.

I had trouble deciding which flavour to get since both of them looked so good.  I was originally going to choose the “Sinking Chocolate in the Grey Sea” which had molecular vanilla and sesame ice cream with matcha lava cake (because I wanted the matcha lava cake).  However, the picture of the “Sinking Chocolate in the Red Sea” was more appealing and I did like chocolate lava cake.  Thus, this was one we chose.  This one came with molecular vanilla ice cream, molecular wild strawberry sorbet and the chocolate lava cake. 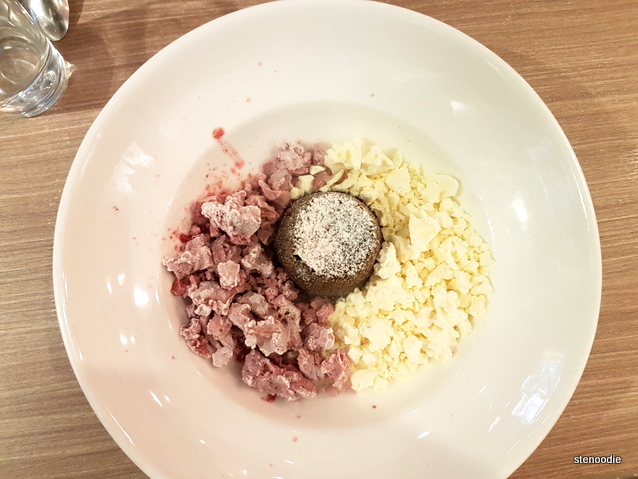 View from the top

When it arrived to the table, it was a beautiful smoky scene.  I don’t believe I took any videos but I definitely took a lot of photos. 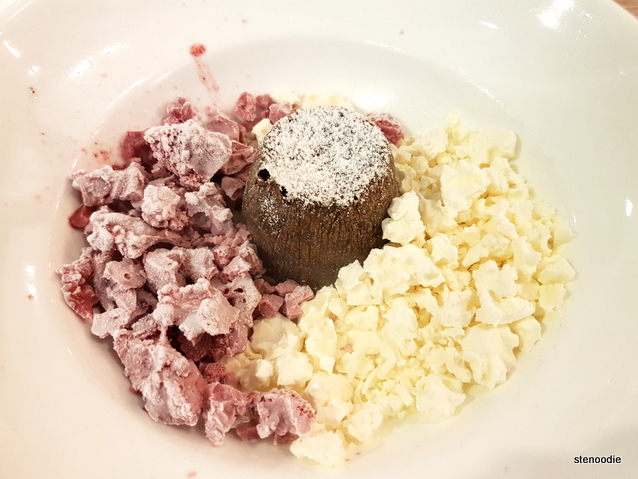 This was so beautiful 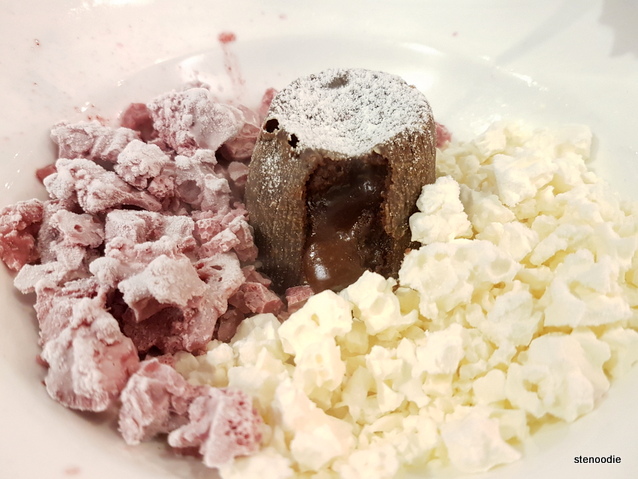 The chocolate from the lava cake oozing out 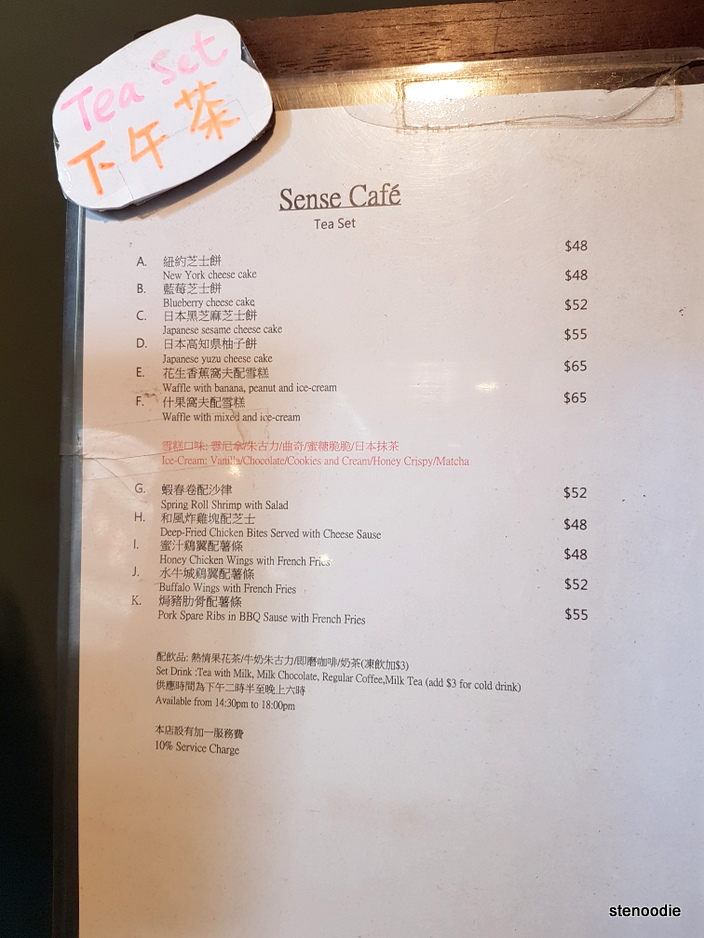 It was a wonderful experience dining at Sense Dessert Café.  As you would expect from the food quality, the prices weren’t cheap but it was definitely a one-of-a-kind dessert experience! 🙂 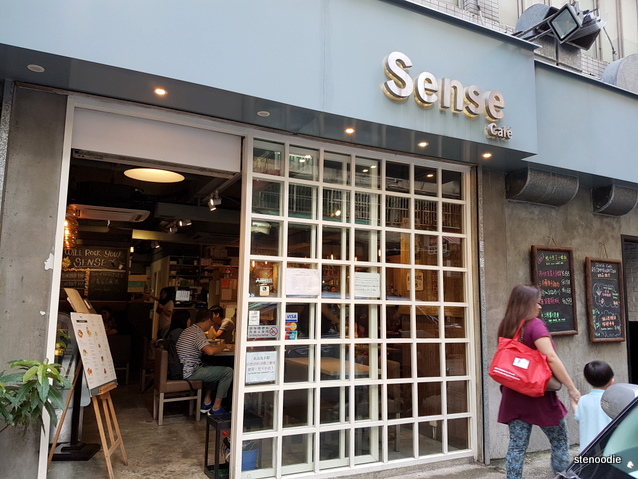 The storefront on Temple Street