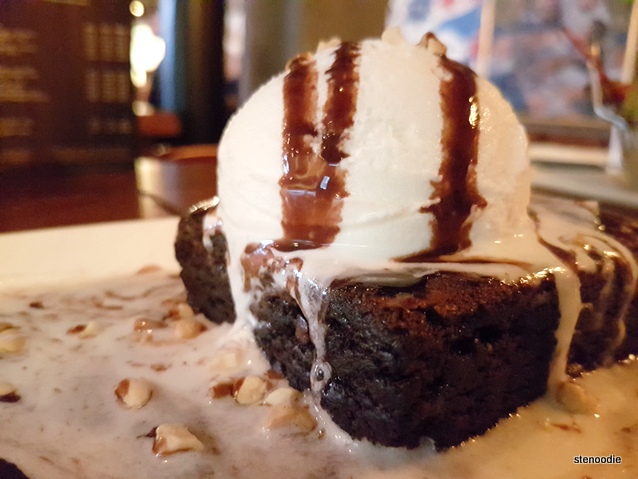 The Loose Moose located at 146 Front St W in Toronto

There aren’t too many places on Front Street near Union Station which open very late at night so after we finally stumbled out of the underwater sea world at Ripley’s and were looking for a bite to eat, we ended up at The Loose Moose at around 11:30 p.m. on a Saturday.  The Loose Moose is a pub that serves the typical pub food with lots and lots of beer on tap and drinks to go around.

After we walked in, we seated ourselves at an empty table of our choice and then our server greeted us shortly afterwards.  The place was happening with a lot of people hanging about either watching the huge sports TVs or socializing.  It was a loud place but I was still able to easily hear the person next to me.  It was a very comforting place to be in to enjoy drinks and pub food. 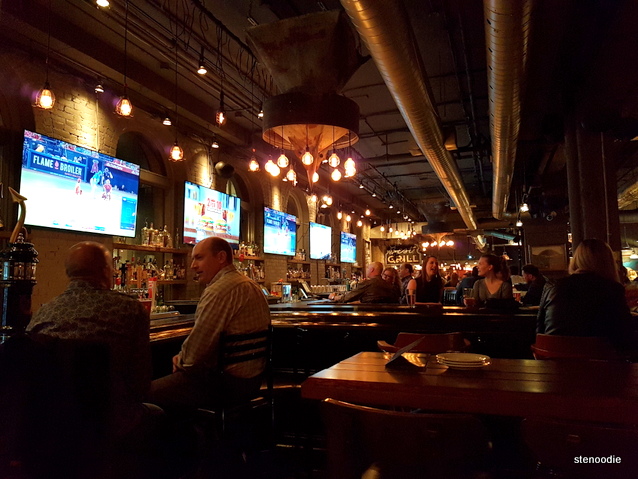 I loved this space. It was so inviting and comforting 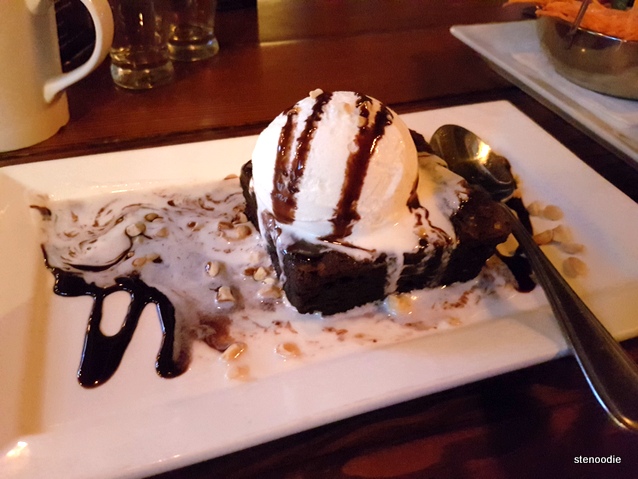 I wasn’t terribly hungry again so I ordered something sweet.  I got the Warm Chocolate Brownie which was actually really, really good!  (Possibly one of the best brownie desserts I’ve had to date!)  It was a classic warm double chocolate brownie that came with a big scoop of vanilla ice cream and drizzled with chocolate sauce and roasted peanuts.  I’m not even a fan of peanuts usually but these scattered roasted peanuts worked really well with the dessert.  The warmth of the double chocolate brownie paired with the cold and sweet vanilla ice cream was perfect.  I gobbled it up quickly since it was so good.  For $6, I also thought it was such a generous dessert considering it was a restaurant in the downtown core. 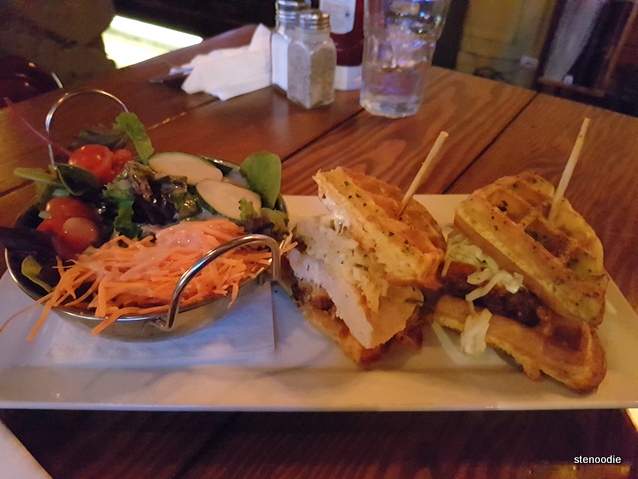 Ken got the Chicken & Waffle Sandwich (Southern fried buffalo chicken, dill-vinaigrette slaw, roasted garlic aioli) with came with mixed greens (or you could choose a side of fries or chopped Caesar).  It looked great.  I tried it bite of it and it was good.  The mixed greens were also very fresh and a good size.

I was intrigued with their craft beer and beer on tap.  Their drink menu showed that you could try a sample of the beer (3 oz) for just $1.31 which I thought was such a steal and so much fun to do!  Thus, we ordered a first round of 3 oz beers to try. 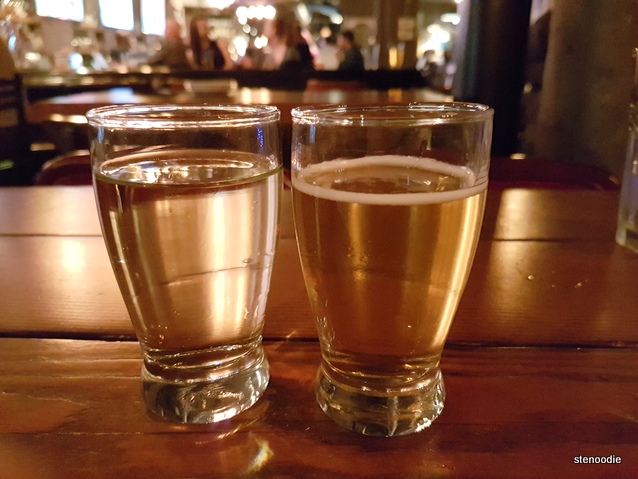 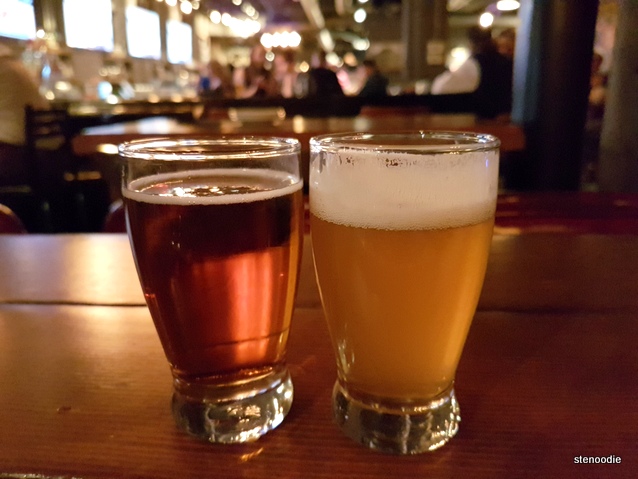 Second round of sample beers

For the second round, I got some kind of a lager or stout.  Unfortunately, I don’t remember what it was anymore XD.  I do remember that it was very dark and a much more stronger stout than the apple cider.  During this time, I also felt extremely sleepy and tired.  We deduced afterwards that it was probably on account of the sugar from the dessert and the alcohol going straight into my stomach and no grease that blocked it that made me feel the alcohol effects so fast.  In any case, I really liked the selection of beers at Loose Moose and how you could sample so many beers for just two bucks or so.  It was fun!  The food was also very decent.  I would definitely come again for food and drinks.