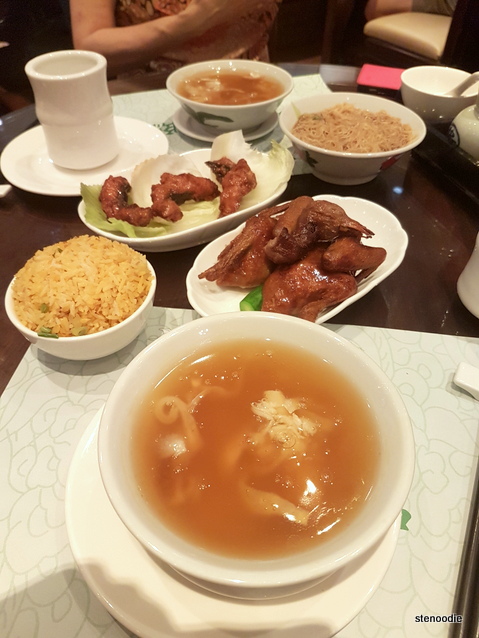 September 23, 2017:  For lunch today, we went to Shark Fin’s Restaurant in Mongkok for a really good and cost efficient lunch!  My mom found this gem of a restaurant through OpenRice. 😀

We were greeted warmly by the servers when we arrived and got a table.  There weren’t too many people here for lunch at 1 p.m., so it was definitely more of a slow and leisurely meal. 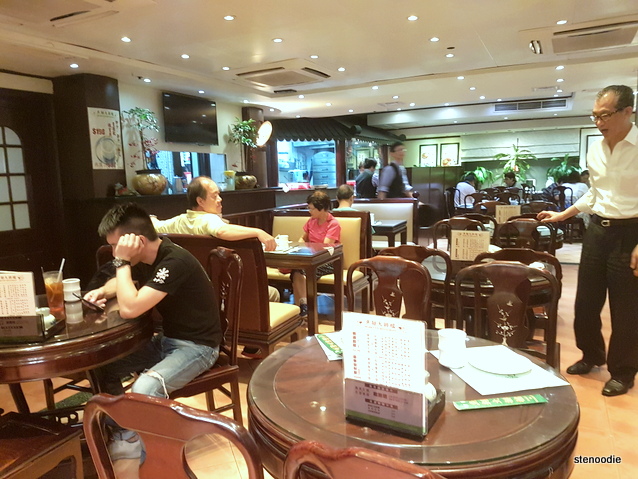 The scene as we arrived at the restaurant 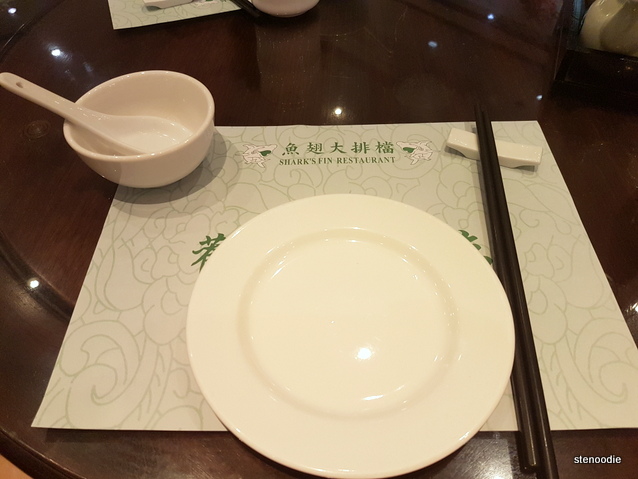 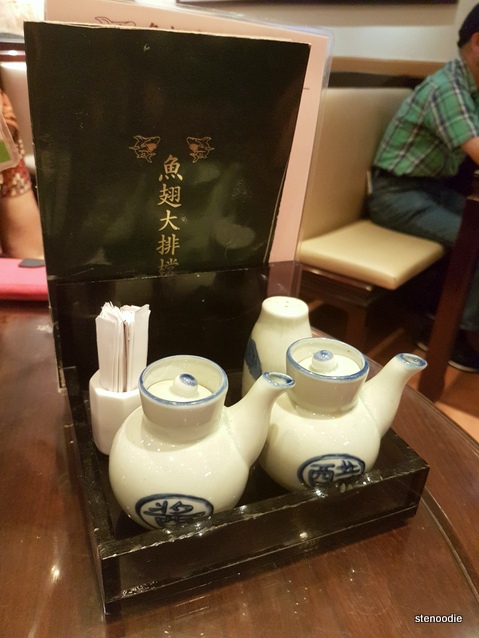 Vinegar and sauces for the shark fin soup 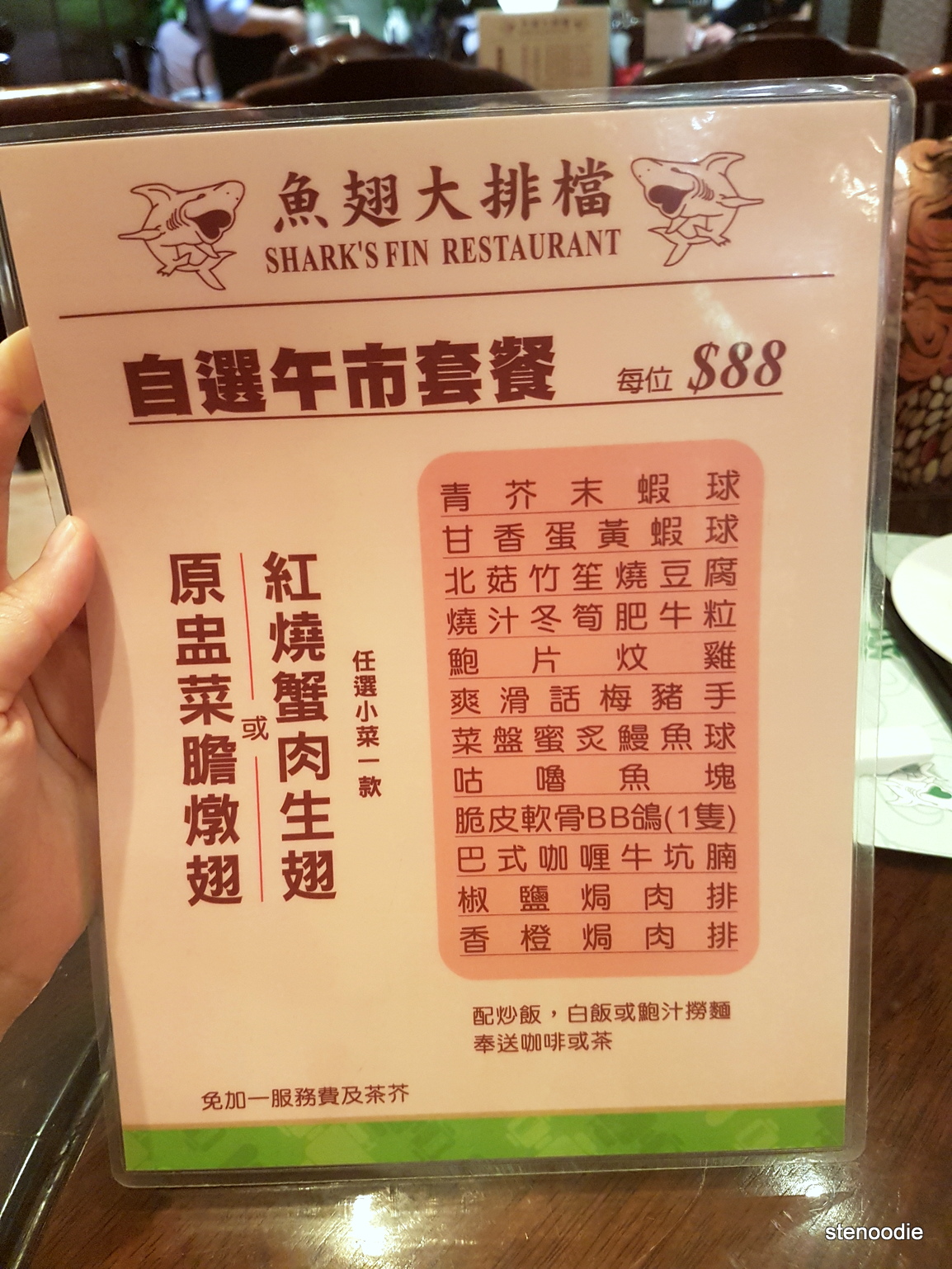 Pick your own lunch menu

The shark fin soup (紅燒蟹肉生翅) was really good!  It had more of the side fins as opposed to the main sharper needle fins.  It tasted so soft and paired so well with the thick soup.  Yummy! :9 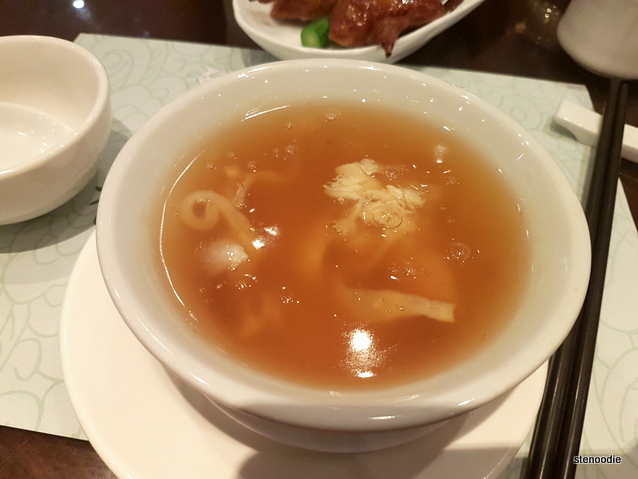 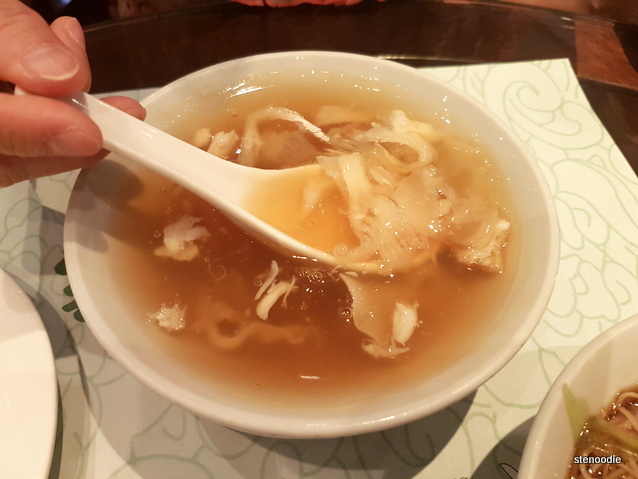 Gooey parts of the shark fin

The Honey Glazed Eel Balls (菜盤蜜炙鰻魚球) came in three.  They were nicely fried to a crisp on the outside and sweet.  The eel meat inside was soft and the skin was fatty in a good way. 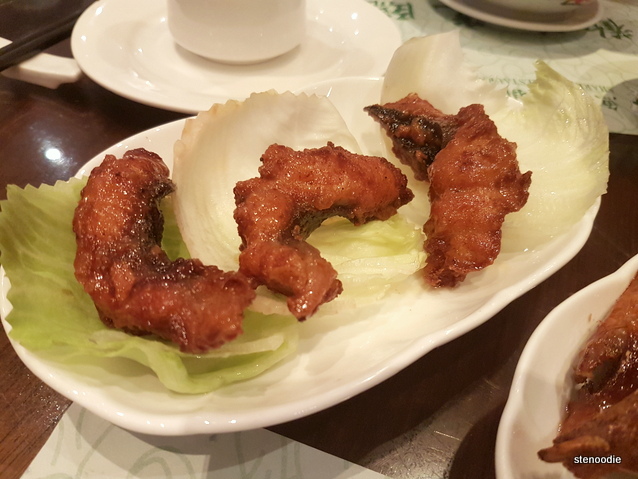 The Crispy Fried Squab (脆皮軟骨BB鴿) was really good too!  The skin was slightly crispy and flavourful and the meat was tender.  So well cooked! 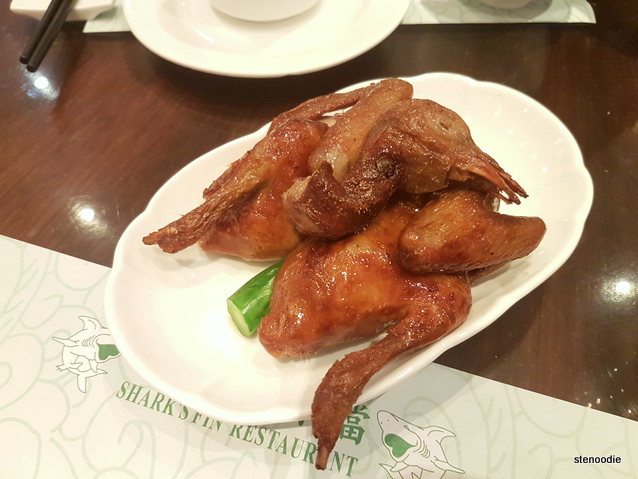 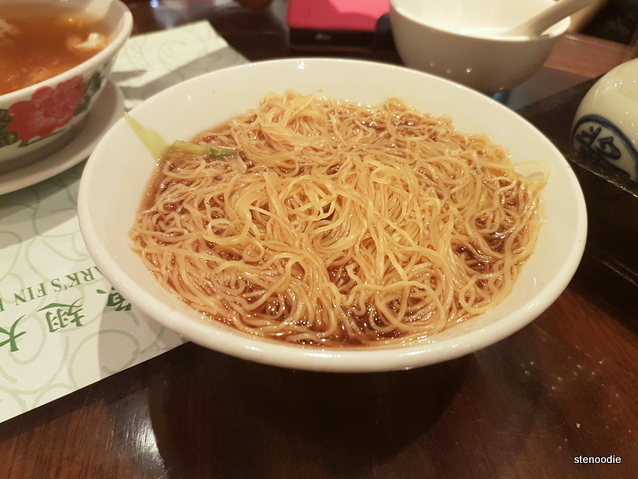 The fried rice (炒飯) had some ginger in it which made it so fragrant!  The rice was a bit hard for my liking however. 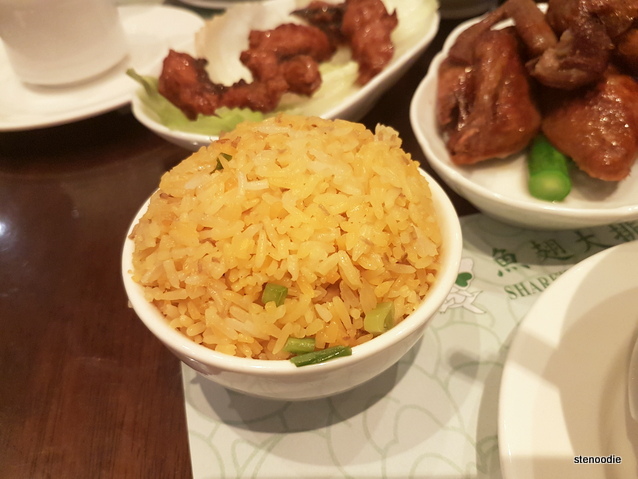 We both chose hot lemon water for our drinks.

What an amazing lunch deal!! 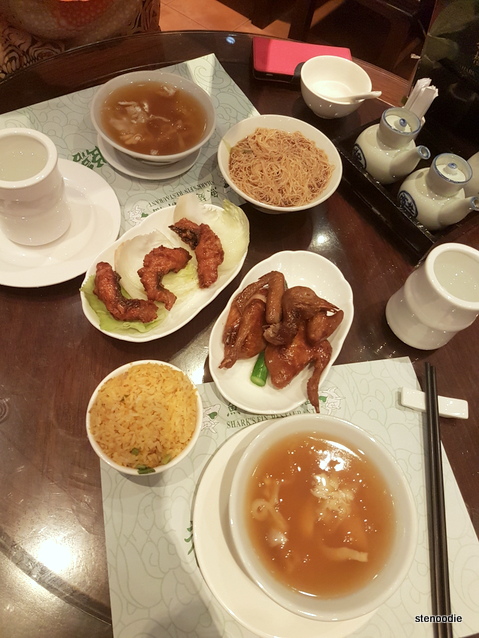 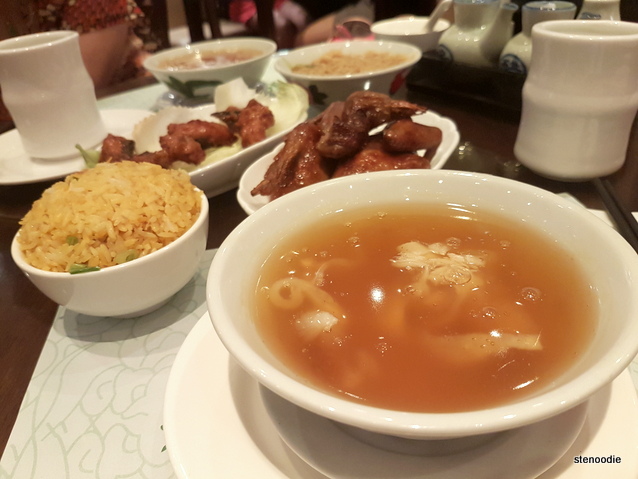 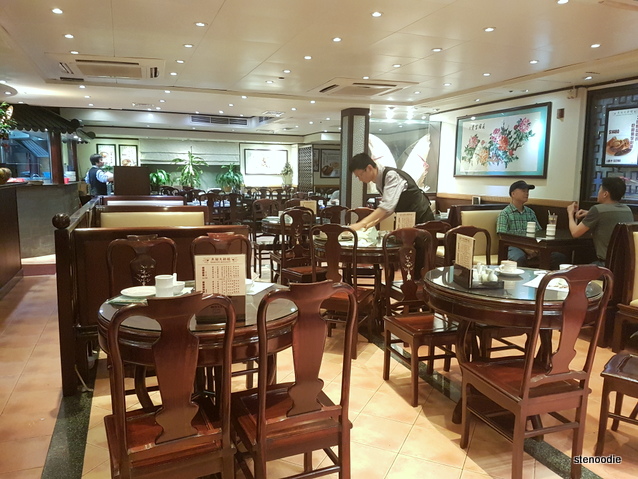 There weren’t many tables left by the time we left 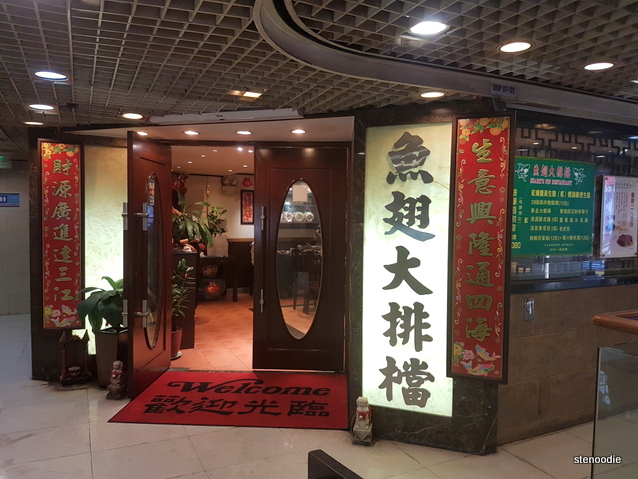